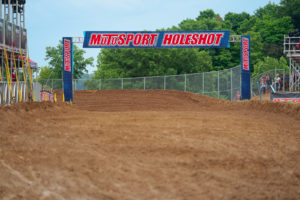 After a week off, the Lucas Oil Pro Motocross Championship is in Berrien County, Michigan for the fifth race of the summer, the 2022 RedBud Motocross. The day in Michigan began with clear skies, though, scattered showers throughout Friday left the track deep and wet for Saturday morning’s qualifying sessions. Riders cut in lines during the practices, when the track was at its best during the early minutes of the first sessions. 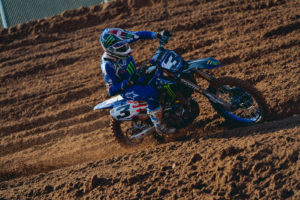 Eli Tomac started RedBud off on the right foot, as he came out swinging in the first session of timed-qualifying and laid down a 2:02.784 to put his name on top of the time sheets. As the track broke-in and became slower, Eli’s time was untouchable in the second session of qualifying. The Monster Energy/Star Racing/Yamaha rider remained on top and his fast lap in the first session ended up nearly a full second faster than the next fastest time logged.

Jason Anderson was the next name on the time sheets, as he was one of the few riders to better his times in the second session of qualifying; logging a 2:03.505. The Monster Energy Kawasaki rider laid down fast lap after fast lap but ultimately remained in the second overall position.

Temporary teammate of Anderson, Joey Savatgy, was also on the gas at RedBud. Joey laid down a 2:03.698 in the first session of qualifying, which held throughout the morning and ended up the third fastest lap time on the sheets. 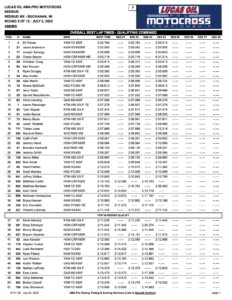 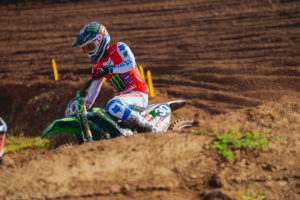 Even with a week off, Jo Shimoda seems to be carrying over his momentum from the podium finish at High Point. The Monster Energy/Pro Circuit/Kawasaki rider was the man to beat in the 250MX class, as he laid down a blistering fast 2:03.742 in the final session of qualifying.

Current 250MX championship points leader Jett Lawrence followed in third place after laying down a 2:04.206 in the second and final session of qualifying. Jett’s time was about a half-second off of Hunter’s, but also a few tenths faster than Nick Romano’s time. 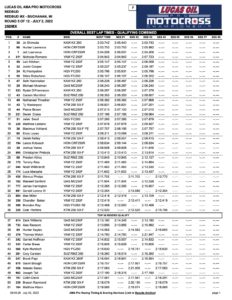