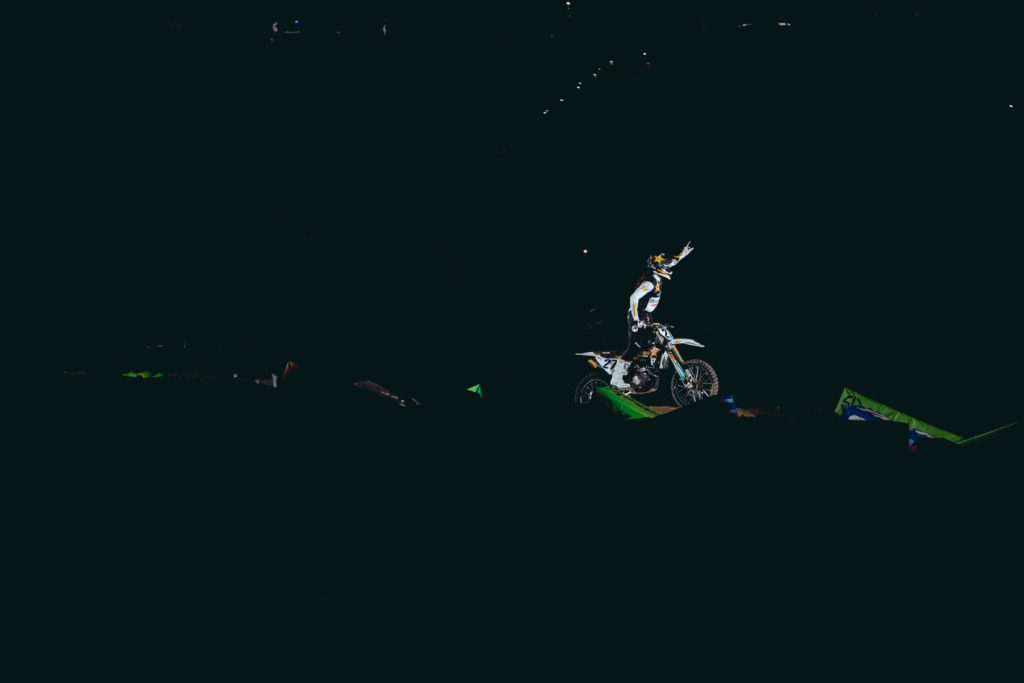 CHECK OUT OUR COMPLETE COVERAGE OF THE 2022 SEATTLE SUPERCROSS

The Monster Energy Supercross Championship will make its long awaited return to the PNW with the 2022 Seattle Supercross, the twelfth consecutive round in the series’ schedule. A dozen races in the span of three months has demanded the best from competition, evident in the battles that rage on from front to the back in all every division, but everyone is eager for the one-week break that comes after the checkered flag on Saturday night.

This race marks the return of the 250 West Region, a group of riders that have been mostly idle since Anaheim Three.

Current forecasts for Seattle shows a weather front moving into the area on Friday evening, one that could produce bring a quarter of an inch of rain through Saturday. Could this be the first mud race of 2022?

30. Jo Shimoda | The Monster Energy/Pro Circuit/Kawasaki rider has recovered from an ankle injury suffered at Anaheim Three and will be on the starting line in Seattle.

43. Carson Mumford | The BARX/Chaparral/Suzuki rider used the downtime to heal a shoulder injury sustained in Glendale. He’ll be on the starting line in Seattle.

96. Hunter Lawrence | The Team Honda HRC rider is third in the championship standings, down twenty-nine points to leader Craig.

40. Dilan Schwartz | The BARX/Chaparral/Suzuki rider is on the mend from a broken upper arm he suffered at Anaheim Two.

45. Colt Nichols | The Monster Energy/Star Racing/Yamaha rider is sidelined with arm injuries from an Anaheim One crash.

47. Seth Hammaker | The Monster Energy/Pro Circuit/Kawasaki rider is sidelined with compression fractures of the T7 and T8 vertebra and a lacerated spleen.

101. Dylan Walsh | The REVO/Seven/Kawasaki rider will miss Seattle due to illness.

141. Richard Taylor | The Rock River Yamaha-backed rider is sidelined for Seattle due to a broken arm.

161. Cole Thompson | The Parts Canada/THOR rider will miss the remainder of the Supercross season due to a torn labrum, an injury he suffered at Glendale.

260. Dylan Woodcock | The British racer’s time in the US is complete, and he will miss the closing rounds of the Supercross season.

755. Jack Brunell | The AJE Motorsports/Motul/GASGAS rider suffered fractures to his tibia and wrist after casing a jump at Anaheim One.

1. Cooper Webb | The Red Bull KTM rider has a fractured metacarpal in his hand and a bruised shoulder from his Detroit crash but continues to race.

11. Kyle Chisholm | Although he has a fill-in ride with Monster Energy/Star Racing/Yamaha for the 250 East Region, Chisholm will return to his Team Chizz privateer effort in the 450 Class at Seattle.

21. Jason Anderson | The Monster Energy Kawasaki rider is tied for second overall in the championship standings with Justin Barcia. They trail Tomac by fifty-one points.

54. Mitchell Oldenburg | The Smartop Bullfrog Spas/MotoConcepts/Honda rider returns to the 450 Class for Seattle.

61. Fredrik Noren | The Brown’s RV Superstore/Cole Racing-backed rider is back on track after a bout with pain in his back sidelined him for multiple rounds.

282. Theodore Pauli | The MADD Parts/Circuit/Namura rider suffered injuries to his lower leg and knee at an independent money race, but continues to race.

7. Aaron Plessinger | The Red Bull KTM rider will miss an extended part of the Supercross season due to a broken arm from a practice crash.

9. Adam Cianciarulo | The Monster Energy Kawasaki rider injured his knee during a practice incident in San Diego and will miss the rest of the SX season. The time off will allow him to heal a Grade Three AC separation in his left shoulder.

10. Justin Brayton | The Smartop/Bullfrog Spas/MotoConcepts/Honda rider will sit out Seattle to continue recovery from a concussion sustained in Indianapolis.

12. Shane McElrath | The Rocky Mountain ATV-MC/WPS/KTM rider will miss Seattle due to a knee injury and hit to the head suffered in a practice crash at Indianapolis.

14. Dylan Ferrandis | The Monster Energy/Star Racing/Yamaha rider will miss an extended part of the Supercross season due to a jammed wrist and bone bruise caused by a cased landing in Detroit.

17. Joey Savatgy | The Rocky Mountain ATV-MC/WPS/KTM rider tore the ACL in his right knee in a recent practice crash, worsened the injury in San Diego, and will miss the rest of the SX season.

34. Max Anstie | The Rocky Mountain ATV-MC/WPS/KTM rider will miss an extended part of the Supercross season due to assorted upper body injuries from a crash in Minneapolis.

46. Justin Hill | The PRMX rider will miss the season due to a shoulder injury from a practice crash.

73. Benny Bloss | The Team Tedder/Monster Energy/Lucas Oil/KTM rider will miss the start of the season due to a broken lower leg and collarbone from a practice crash.

94. Ken Roczen | The Team Honda HRC rider is taking an indefinite hiatus from the 2022 Supercross season after recent struggles with his health.

97. Jerry Robin | The SKDA/FCC Motosports will miss an upcoming portion of the Supercross season due to an ongoing shoulder injury.

421. Vann Martin | The Texas privateer is sidelined with broken T6 and T7 vertebra. Fortunately, he has feeling through his body and is on his way to a full recovery.

751. Josh Hill | The Team Tedder/Monster Energy/Lucas Oil/KTM fill-in rider is sidelined with hip and pelvis injuries from a crash at Anaheim Three.

722. Adam Enticknap | The Twisted Tea/HEP Motorsports/Suzuki rider is sidelined for four-six weeks with a fracture of his C7 vertebra from a crash in Arlington. 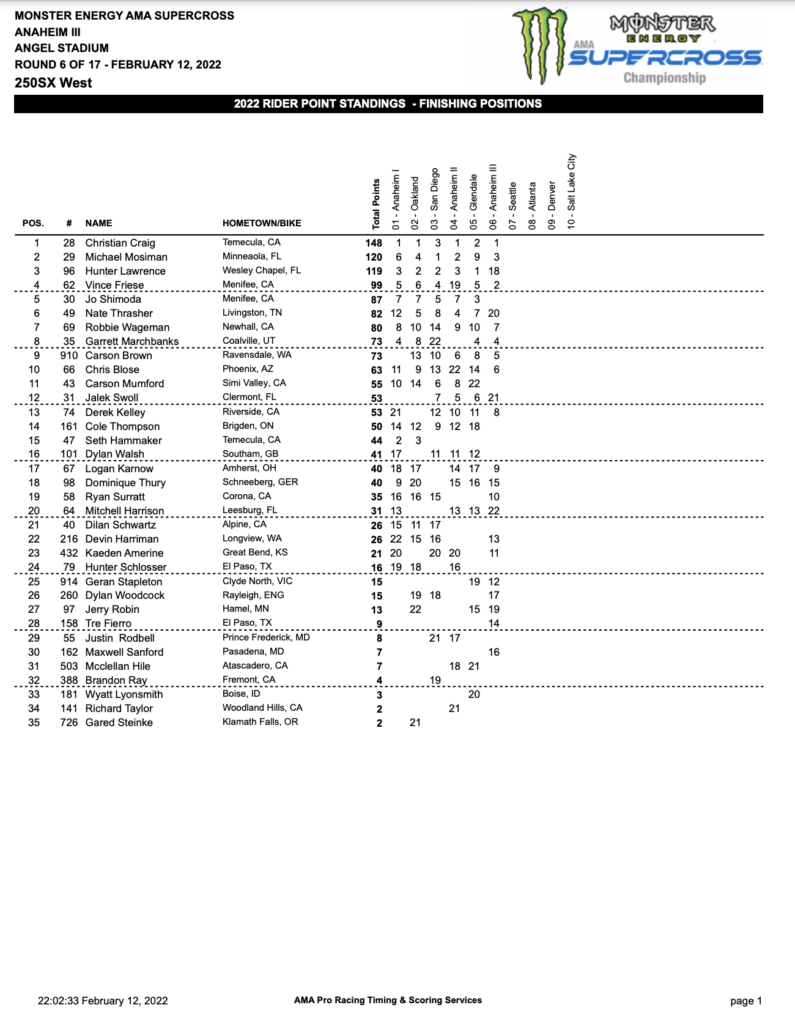 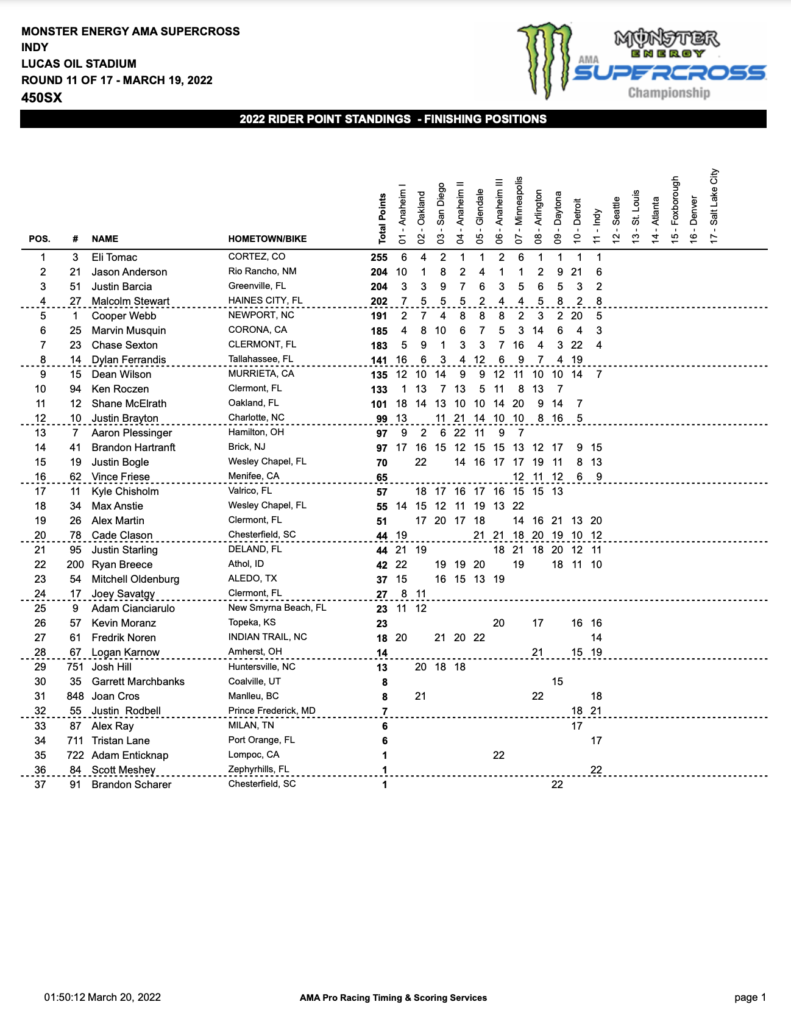 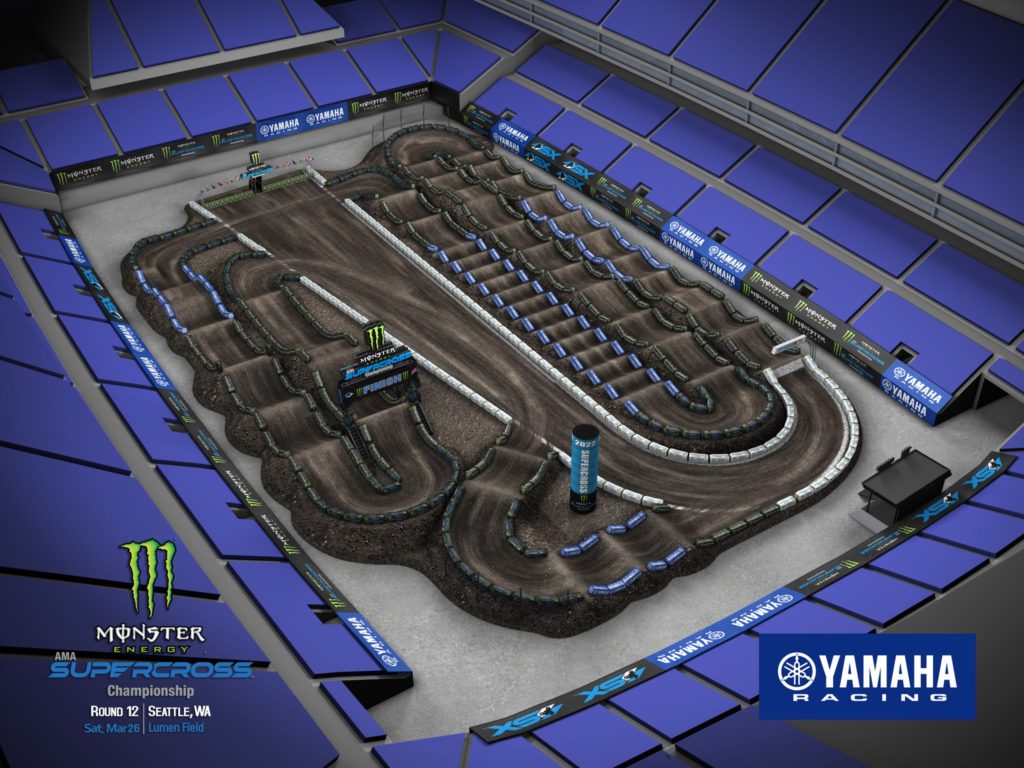 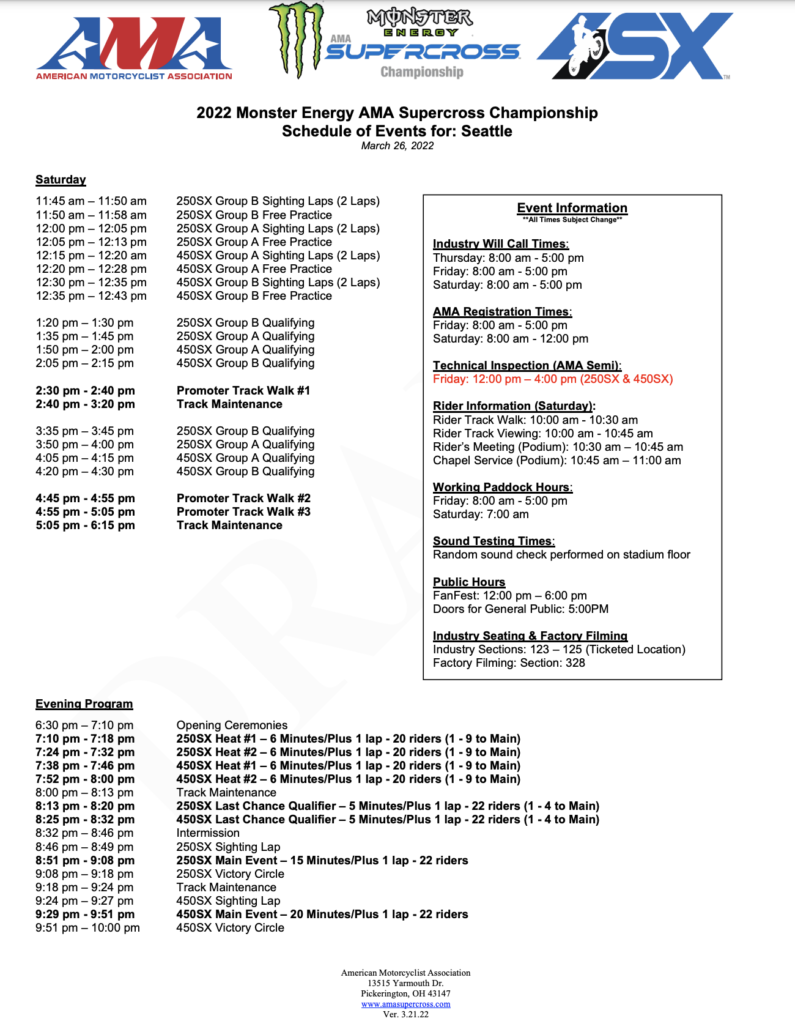