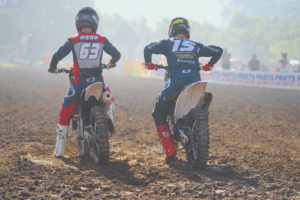 After a three-week recess, the Lucas Oil Pro Motocross Championship is back as round nine is underway at Unadilla. It was a cool but sunny morning in upstate New York, arguably perfect weather conditions, adding to the anticipation for what most riders claim as the most difficult and different track on the circuit. Riders cut in lines during the morning’s practices, when the track was at its best during the early minutes of the first sessions. 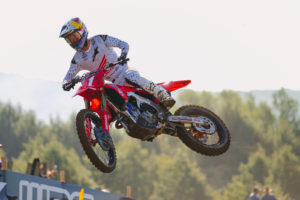 Jett Lawrence was the man to beat early-on, as he set a blistering fast 2:12.777 late in the second session of timed-qualifying. The Honda HRC rider was already already leading the field with a 2:14, which he set earlier in the second session, but put in one more fast lap charge to improve his own time by 2-seconds.

Justin Cooper looked to be the top-dog after the first session of timed-qualifying, as he set himself ahead of the rest of the class with a 2:14.525 lap time. However, the hard-packed track became faster as it developed, leading to faster lap times by his competition in the second session of qualifying.

Hunter Lawrence was just behind, as the Honda HRC rider set a 2:14.755 in the second and final session of qualifying. Though it was nearly 2-seconds slower than his brother’s fastest lap, the 2:14 was still a few seconds quicker than Rj Hampshire’s and the rest of the fields best lap. 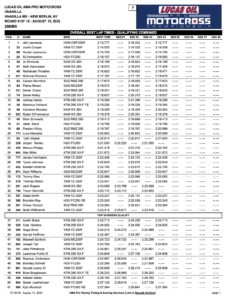 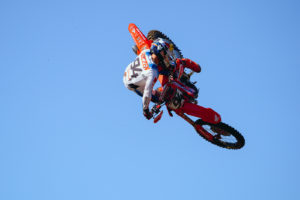 After a few weeks off, Ken Roczen looked fresh and ready to fight in this mornings timed-qualifying sessions, as he topped the charts with a 2:14.543. Roczen’s fastest lap time came in the first session of qualifying, though his next fastest time came in the final session and wasn’t far off.

Jason Anderson was the next name on the leaderboards, as he logged a last-minute fast lap in the final session to jump to second place overall. Jason’s 2:14.840 was not only the second fastest time logged, but also the fastest lap time in the second session of qualifying.

Joey Savatgy just edged out Eli Tomac for third place overall in timed-qualifying, as the Monster Energy Kawasaki fill-in logged a 2:15.181 on his final lap in the second session of timed-qualifying. 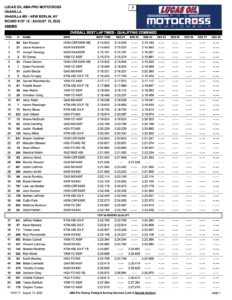 Justin Cooper on the SML Show