Presented by O’Neal
The 20923 Greenger Honda CRF E2 is an interesting little bike. The electric mini is designed to attract new participants into the sport of off-road motorcycling by simplifying the daunting maintenance schedule that new dirt bike parents are faced with, and also by making riding a motorcycle easier for young pilots. With a friendly electric powerband, no transmission t shift, and easy to use handlebar-mounted brakes, the CRF E2 is like riding a big Stacyc for many youngsters! Stay tuned as we plan to do lots more with this cool little bike.

The Greenger Honda CRF E2 is available at Honda dealerships and costs $2950. 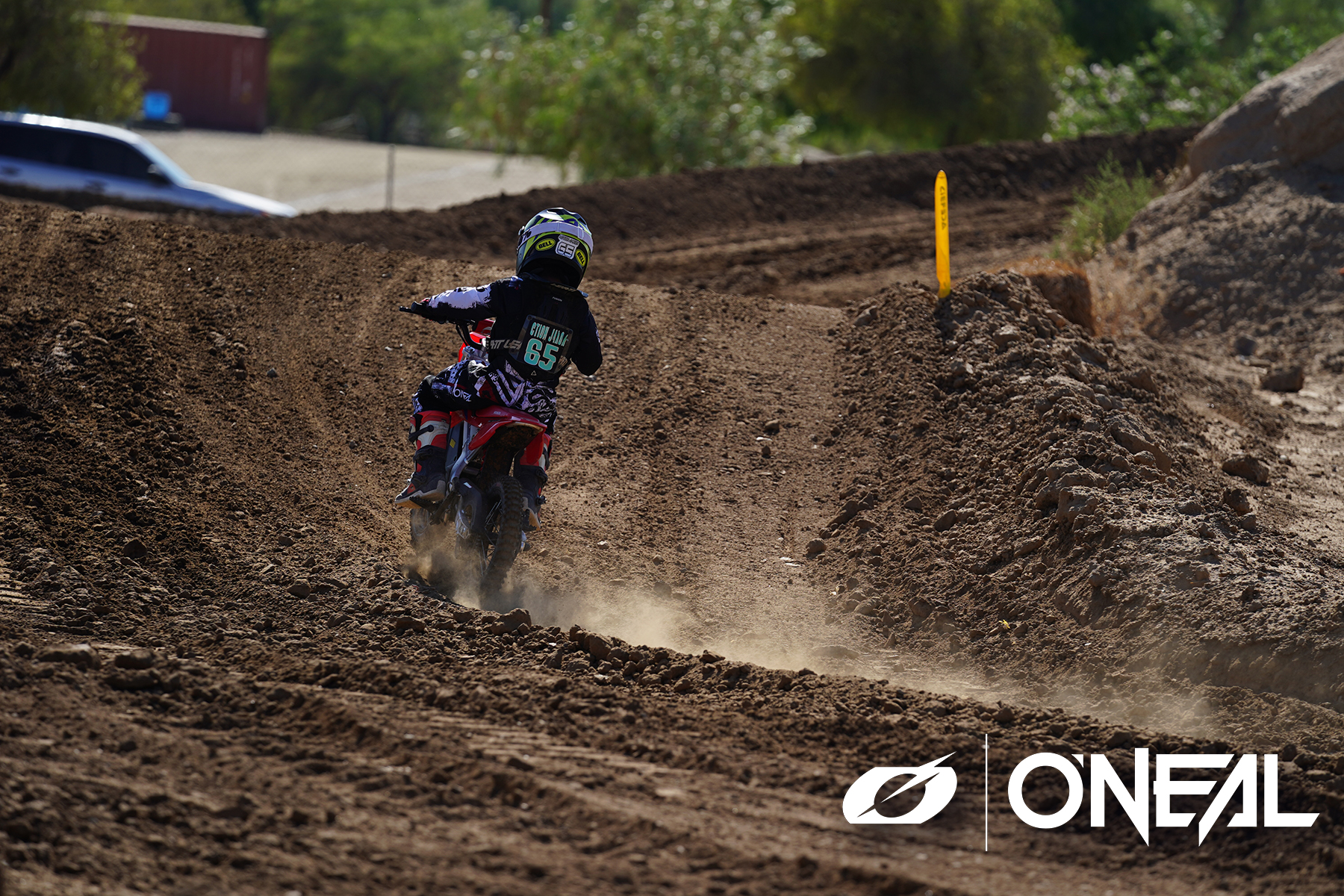 Our tester Action Jaxon races a KTM 50 SX SR, and he took to the Greenger Honda CRF E2 as a fish does to water. “It feels just like a fast Stacyc!” he said. With two hand brakes and that same electric powerband, the Greenger Honda indeed should feel very familiar to kids who have grown up on Stacyc bikes. 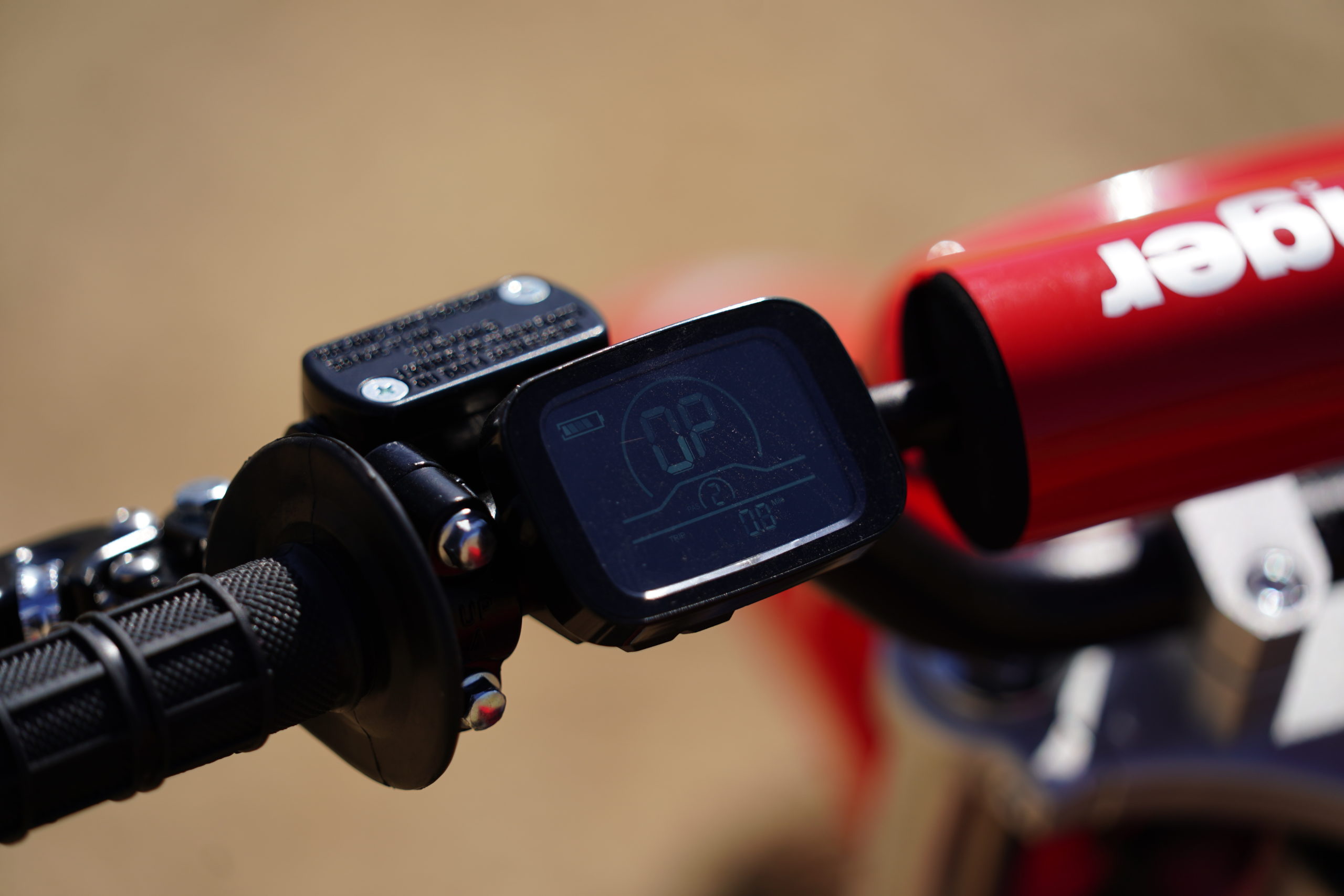 Turn the key to the ON position, and the digital display lights up. The CRF E2 has two power settings that are easy to toggle between. The bike is not designed as a race machine, but rather as an entry-level mini to attract new off-road riders. The first setting is quite mellow and welcoming for first-time riders, while the second setting is much more exciting. 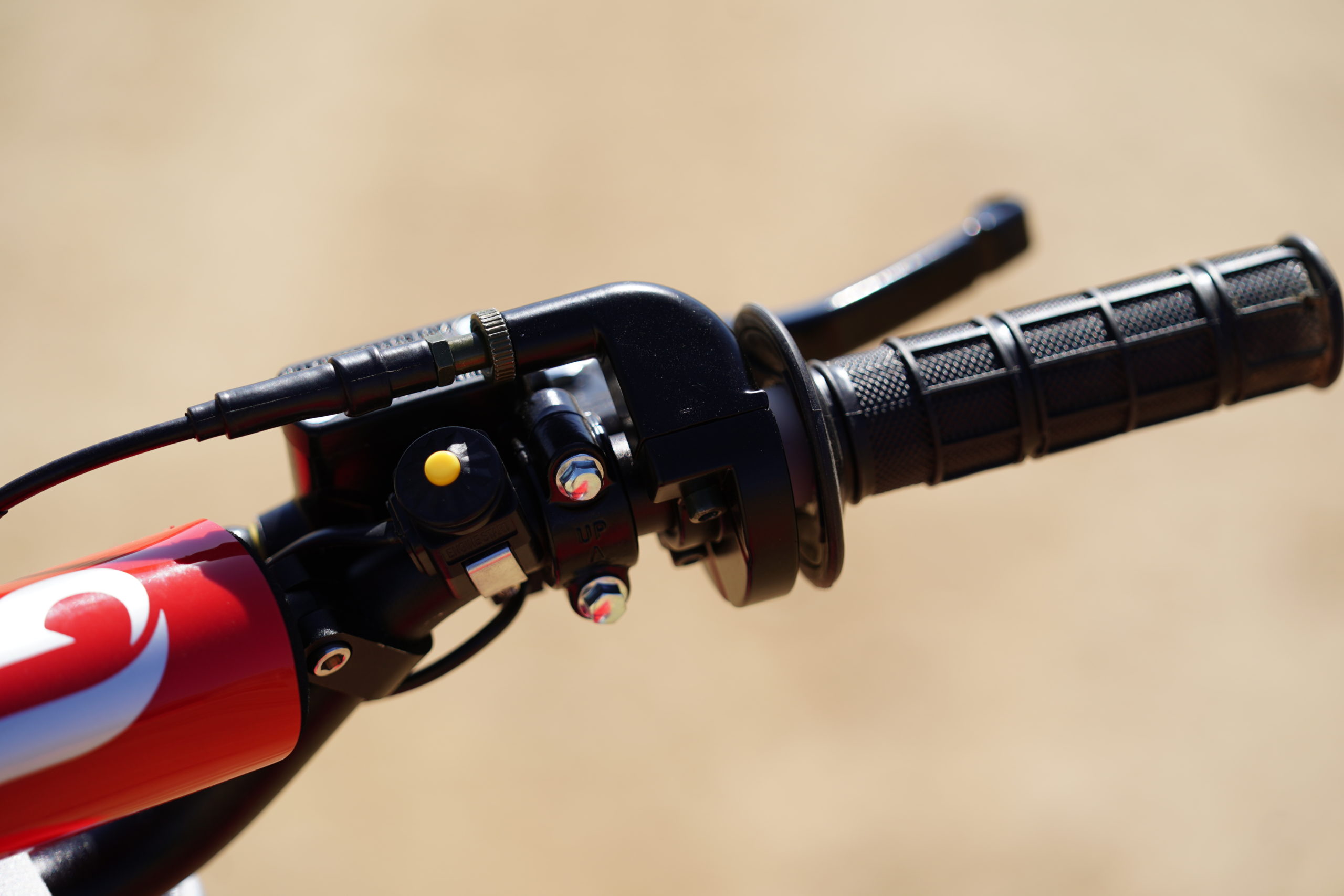 The yellow button on the right side of the handlebar must be pushed before the bike will go, but once it is pushed, the rider only has 10 seconds to twist the throttle as the bike goes into sleep mode after 10 seconds of inactivity. We assume that this is both for safety and battery conservation. 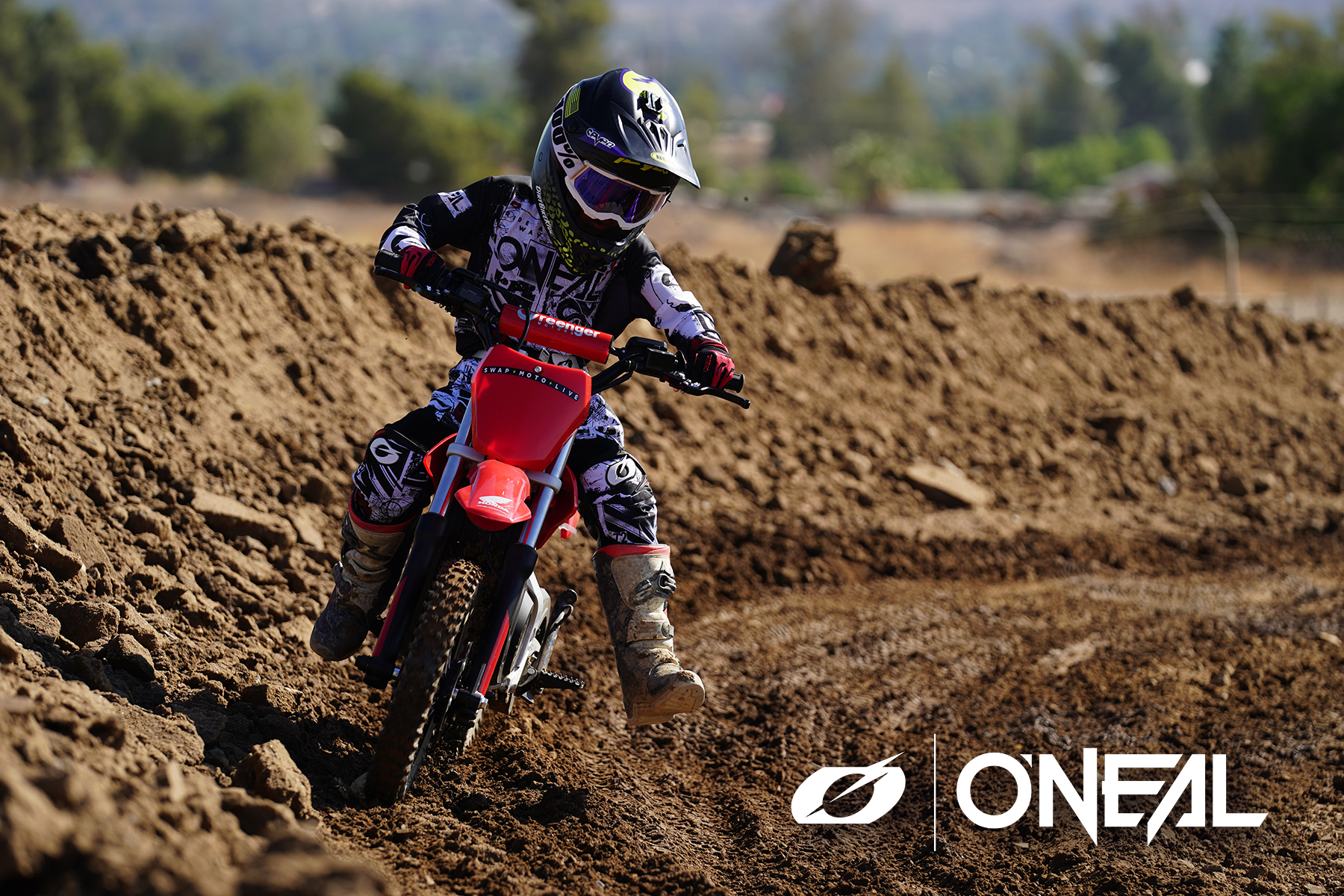 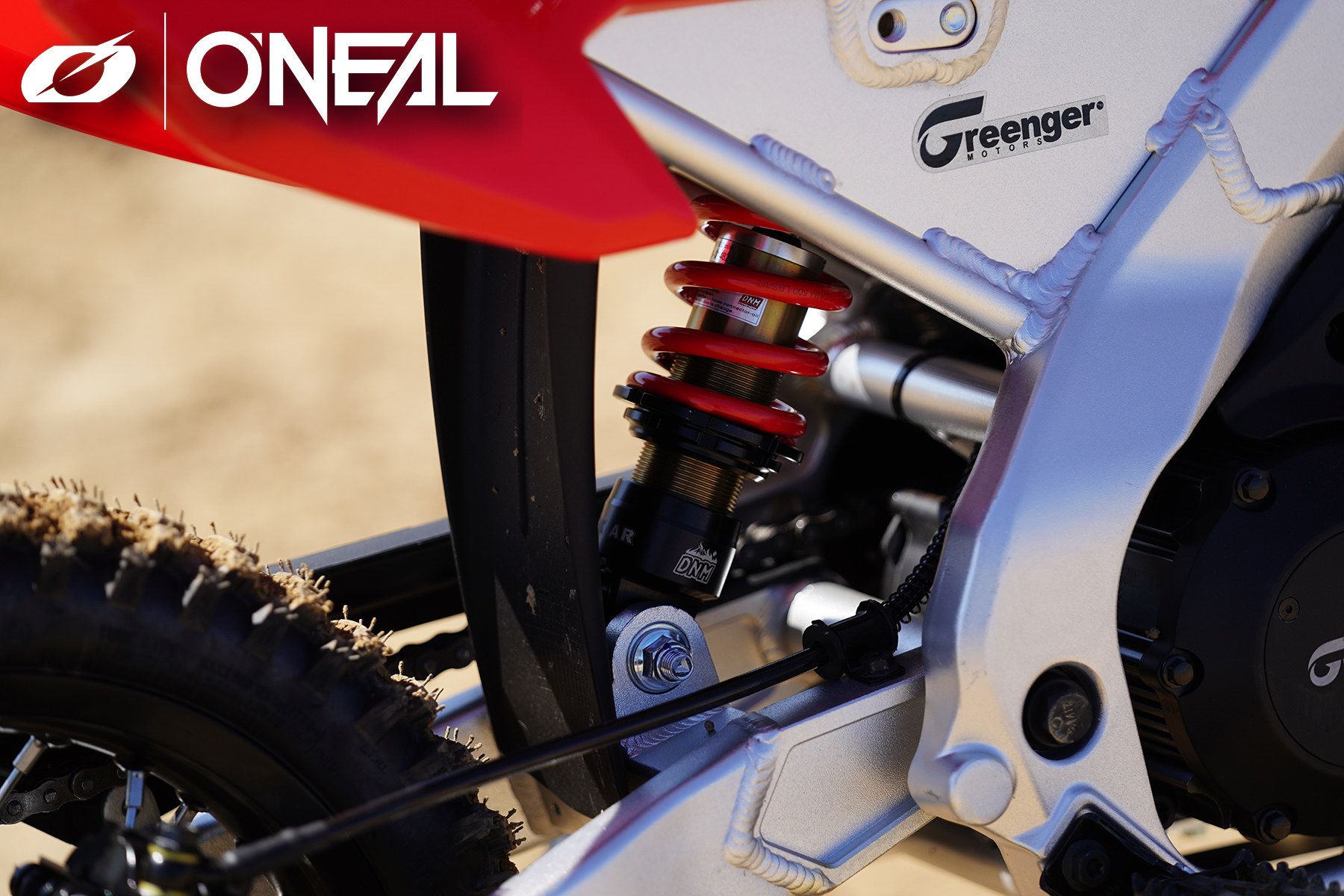 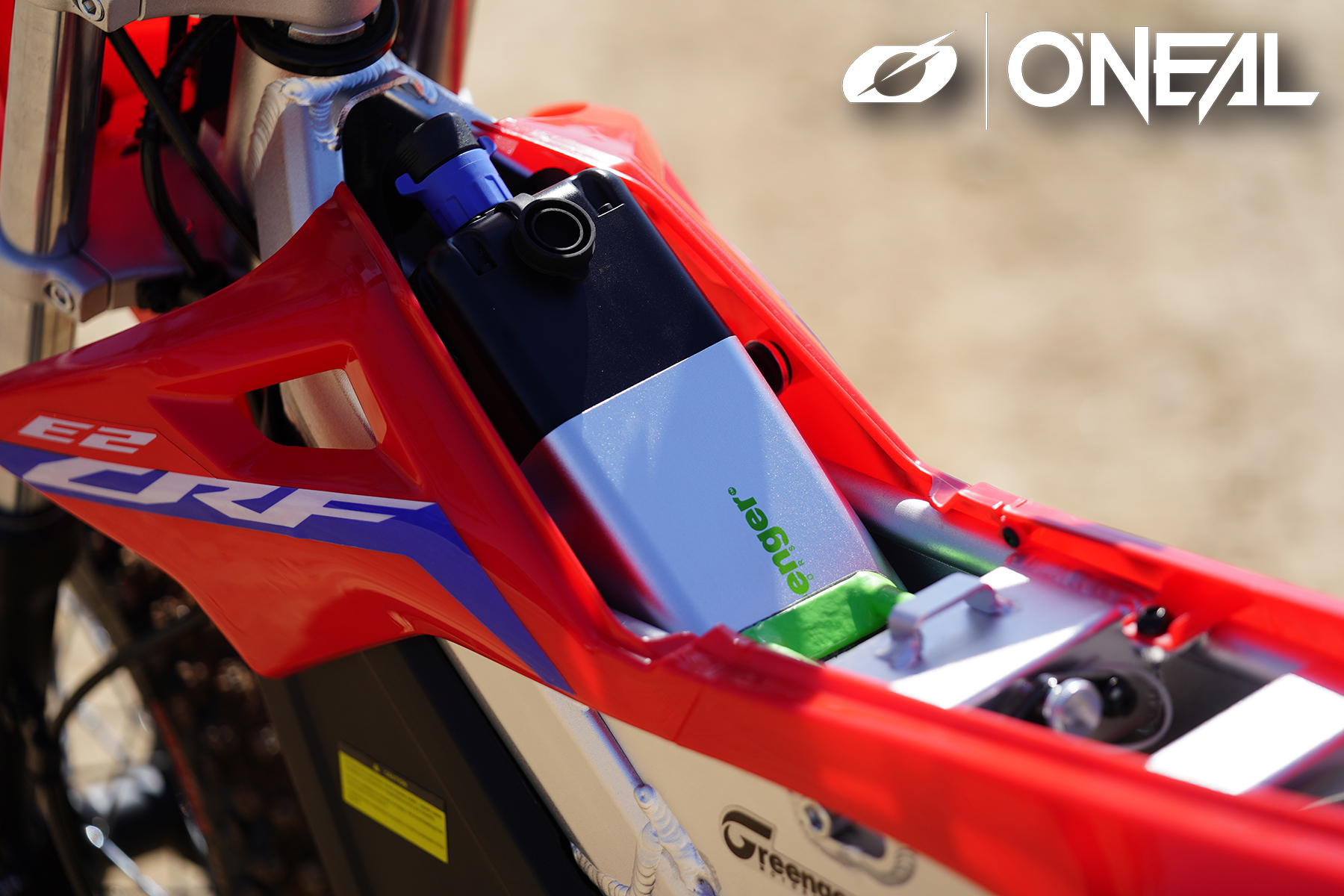 While the battery can last up to three hours, depending on the track conditions, and weight and skill of the rider, an additional battery is available for around $1000. Swapping the batteries out takes only a matter of seconds, as the rear fender, side panels, and seat, unbolt without any tools. The green brace securing the battery is also loosened without tools, and the batteries simply slide in and out of the machine. 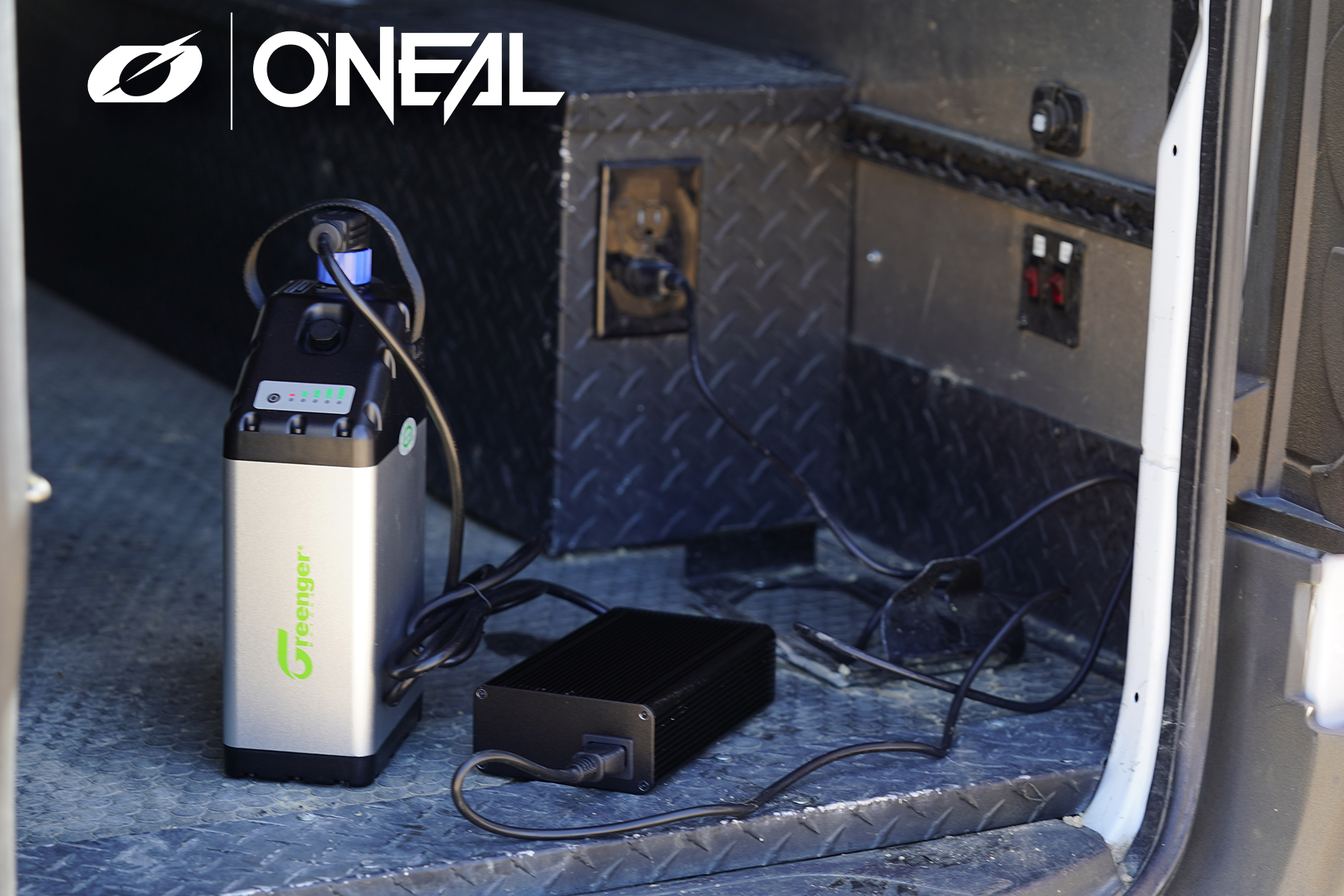 We kept our spare battery in the SML van. An optional quick charger is available for $700. 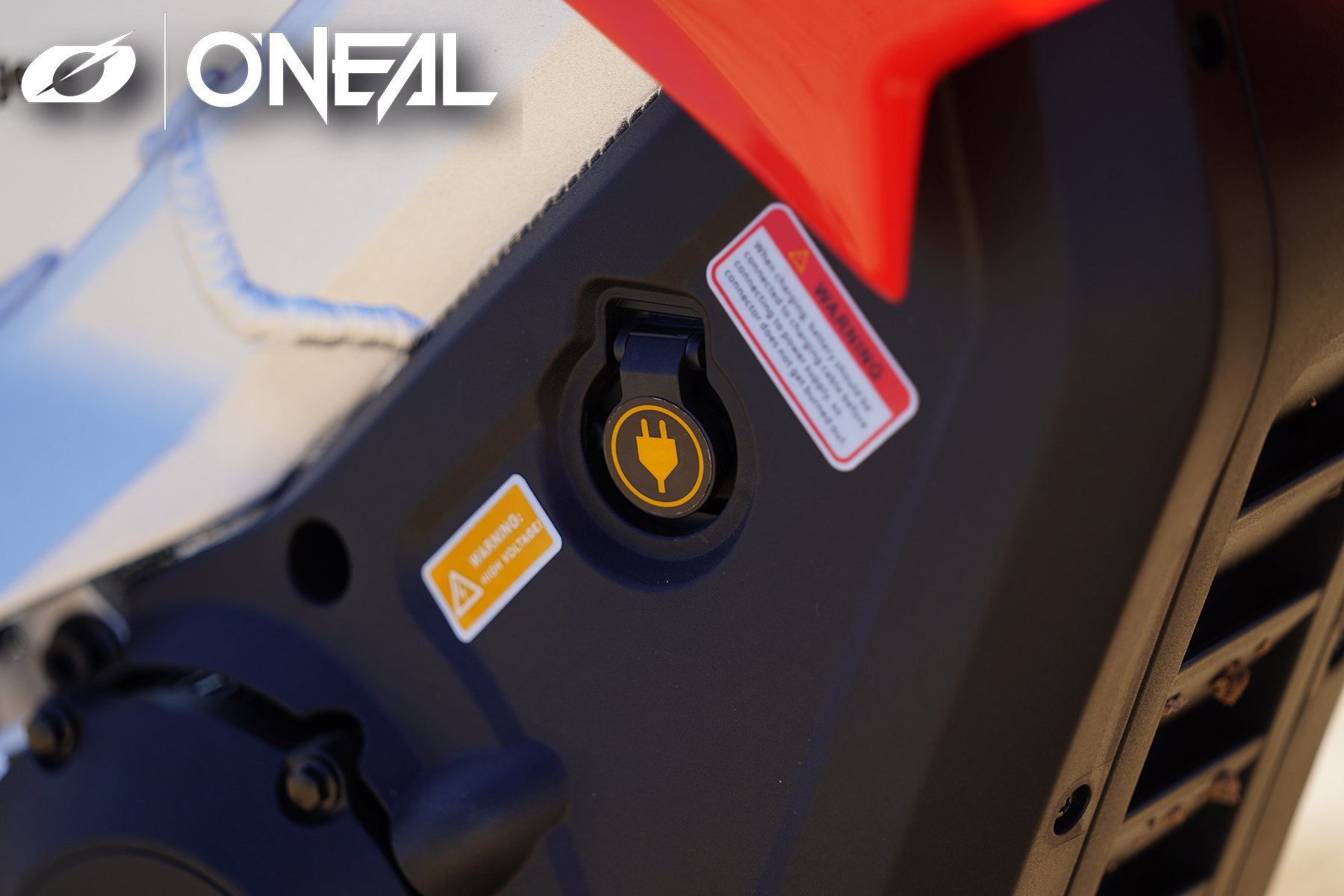 The battery can be charged in the bike, of course. This is the charging port.