The GASGAS MC 250F is the newest player in the 250 four-stroke wars. Although it is based on the same platform as the KTM 250 SX-F and the Husqvarna FC 250, it is positioned in the Austrian trifecta as the “most affordable” of the three offerings. For a change in performance and feel, the GASGAS sports the same Chromoly chassis and aluminum subframe as the KTM but utilizes the Husqvarna’s swingarm, which provides more flex than the unit used on the KTM. In addition to the blood-red plastics, the other things that set the GASGAS apart are the cast triple clamps and lack of an ignition mapping switch, which help the MC 250F sport an $800 lower retail price tag than the KTM and Husqvarna. 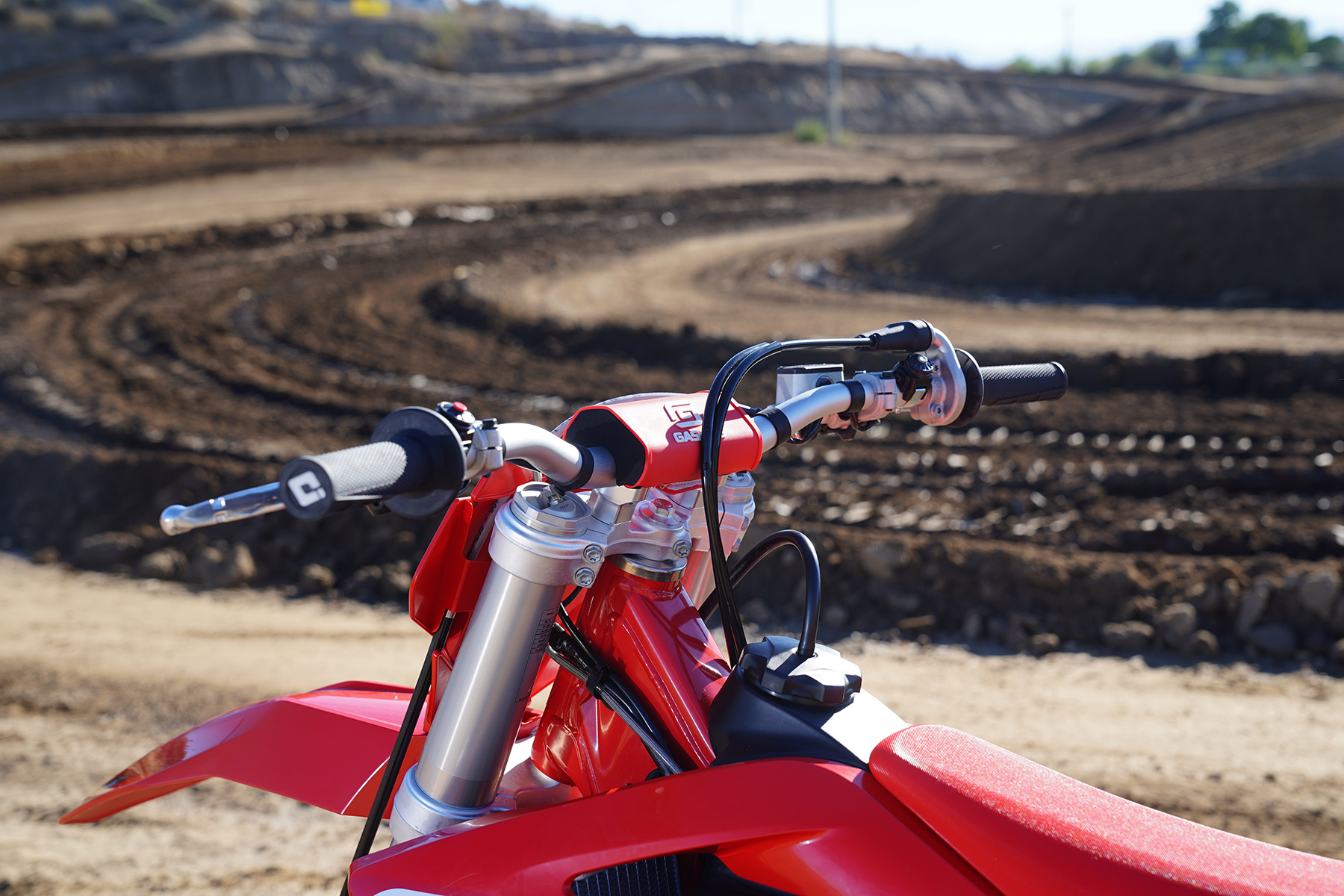 On the track, the GASGAS has a very light and nimble feel that all of our test riders loved. The lack of an ignition map switch provides the rider with the “standard” map one powerband, which is easier to ride than the more-exciting map two setting of the orange and white bikes. (It is worth noting, however, that the switch can be bought for under $200, plugged into the wire harness, and can access the optional map that is already programmed into the ECU.) As it stands, the GASGAS has a friendly, broad spread of power that starts down low, comes on strong in the middle, and flattens out acceptably on top. Oddly enough, the transmission action on the red bike was the smoothest and most positive of the Euro machines, even though there are no mechanical differences among them. 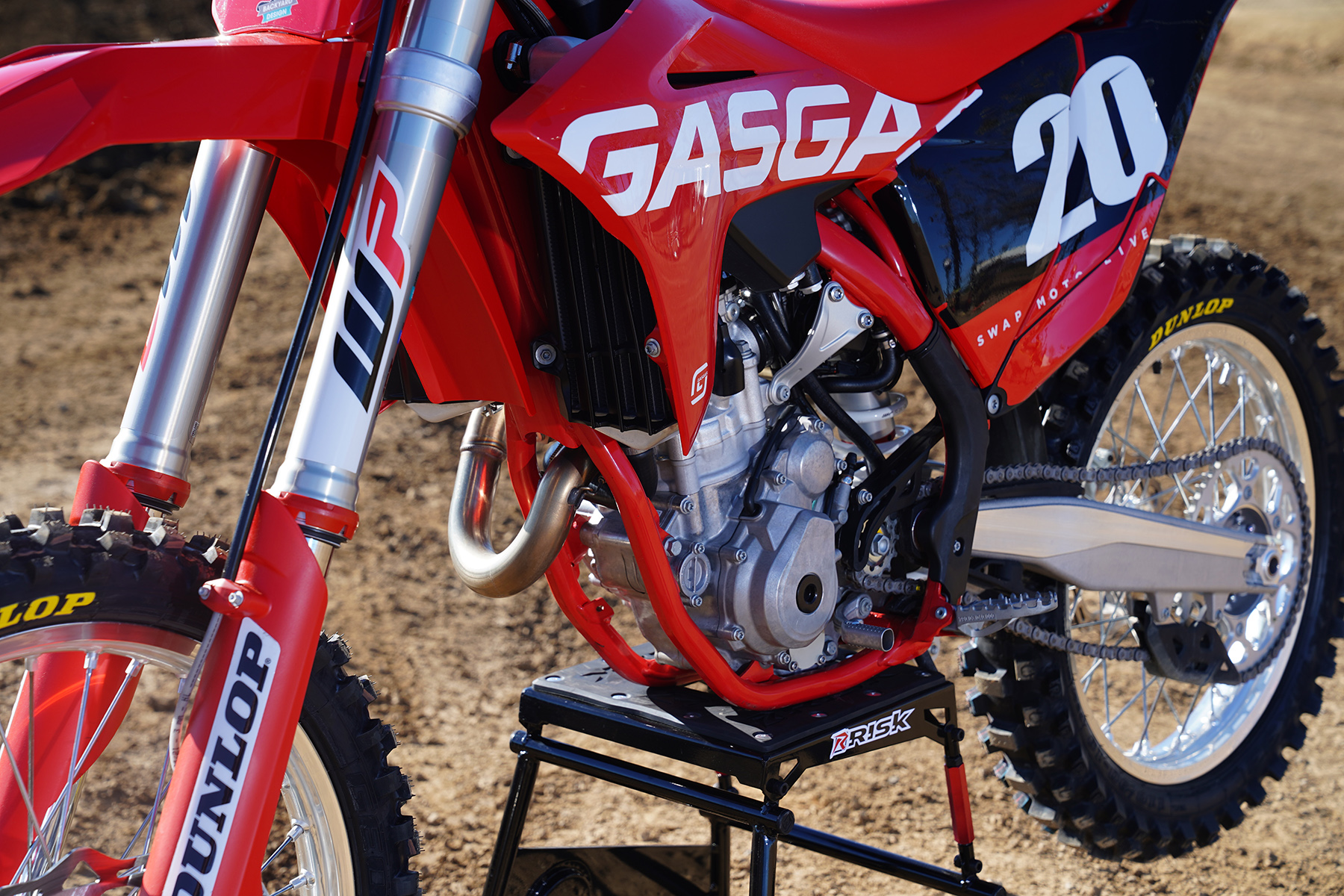 The MC 250F handles great, and some testers liked it best with an above-average amount of shock sag (up to 108mm), which helped give the bike a more balanced feel and allowed the rider to get behind the bars. While none of our testers rave about the action of any air fork, the performance of the GASGAS front-end is certainly acceptable and by no means unpleasant. The fork lacks some initial plushness but exhibits good control and bottoming resistance as the blows become bigger. 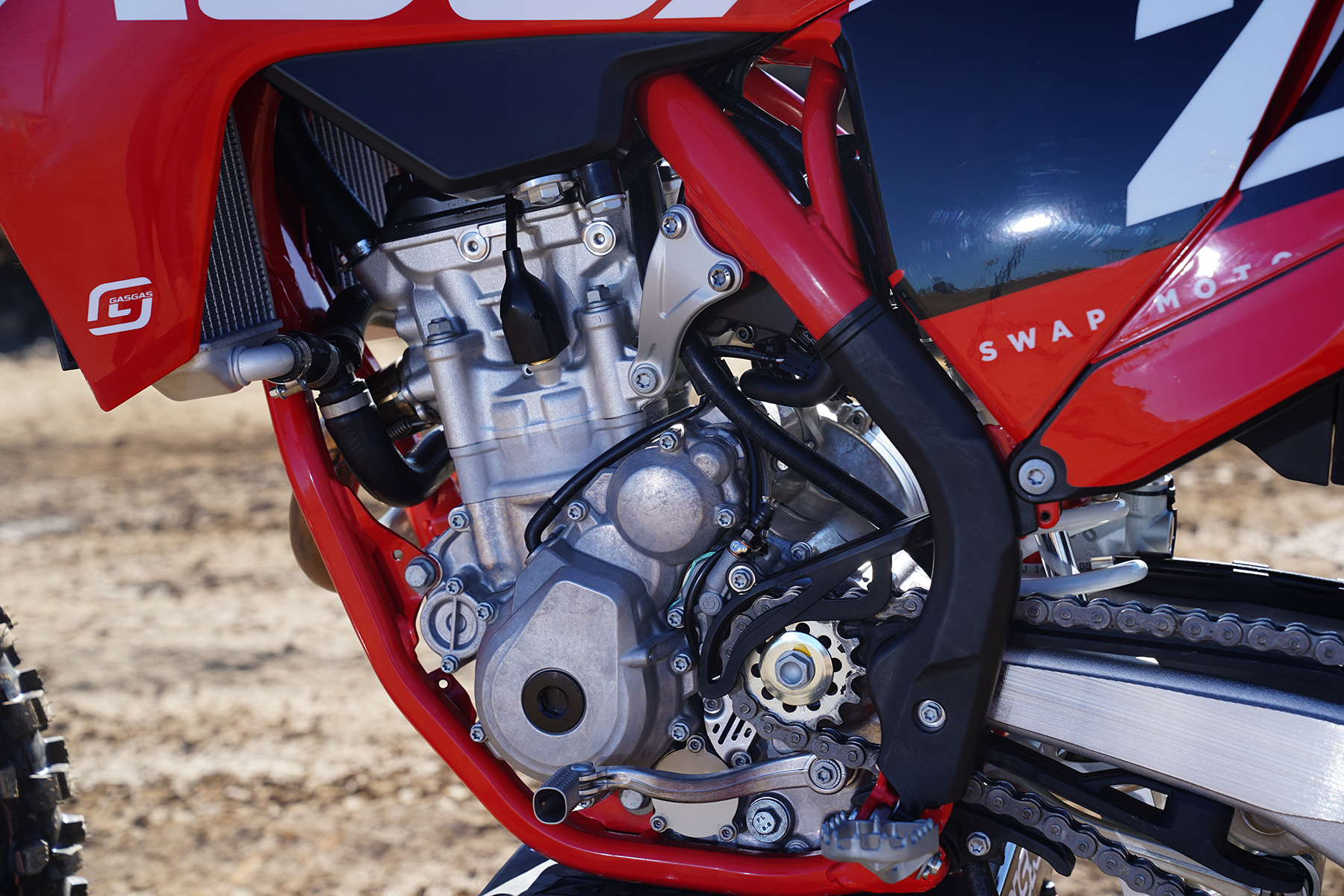 The GASGAS bodywork is slim, easy to maneuver on, has no offensive bulges or edges to catch the rider’s knees or boots on, and gives the bike the smallest perceived feeling of all the machines. It is responsive to body English, changes directions exceptionally well, and has a very light feel on the track.
While every rider liked the GASGAS well enough and could easily spend a season on one, it did receive six fifth-place scores, which placed it last in our comparison. That is not to say that the GASGAS MC 250F is not a great machine worthy of serious consideration; it is a fantastic starting point with zero glaring flaws. 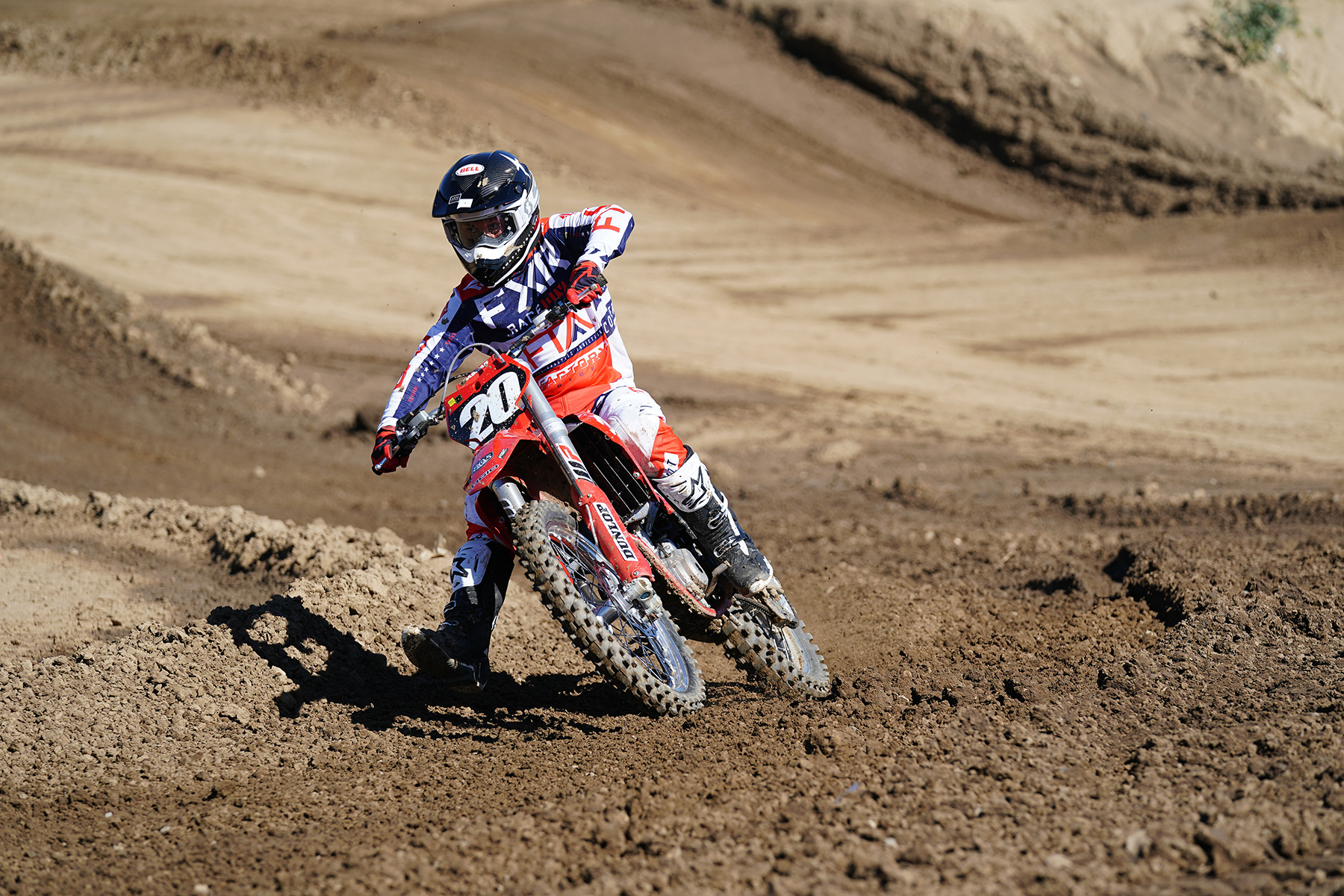 “I like the engine for its smooth, manageable powerband. While the GASGAS is not the most powerful bike, it is easy to make good use of the engine on the track, and it is a very rewarding machine in many ways.” – Humberto Baca

“The GASGAS handles well and is very easy to corner on. The suspension works well, and it responds well to clicker adjustments. I was able to get very comfortable on the red bike as it is comfortable in the ergonomics. Overall, it’s very easy to ride aggressively.” – Humberto Baca 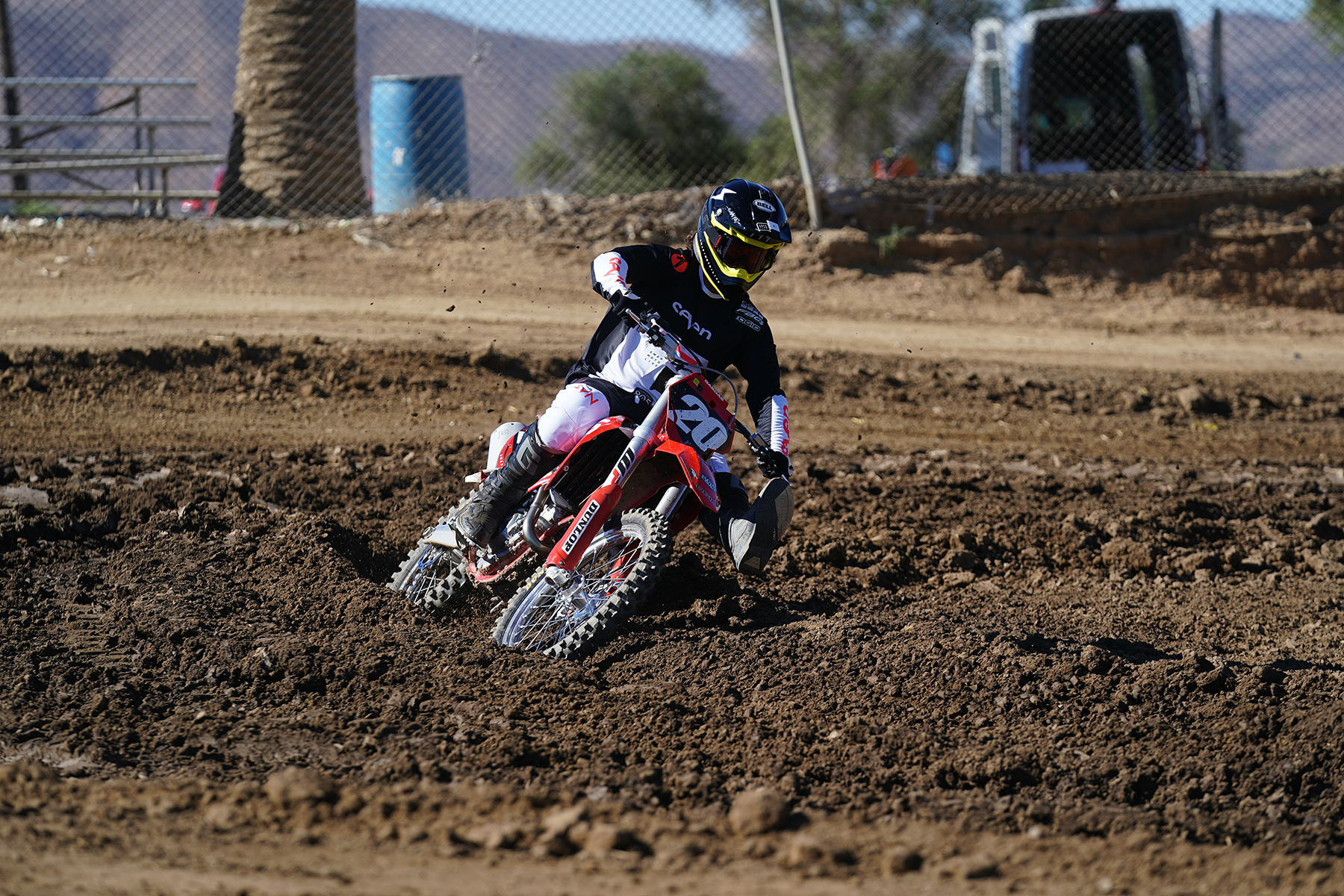 “For me, the engine is pretty strong off the bottom and smooth, all the way through the mid and top. It’s not crazy fast like the KTM, but still very good.” – Kordel Caro

“The GASGAS is stable and trustworthy. The suspension has a good hold-up. It tracks well into the corners and stays straight on the exits under power. The bike is great all-around in the handling department as it corners sharp when you need it to but is also very stable at speed.” – Kordel Caro 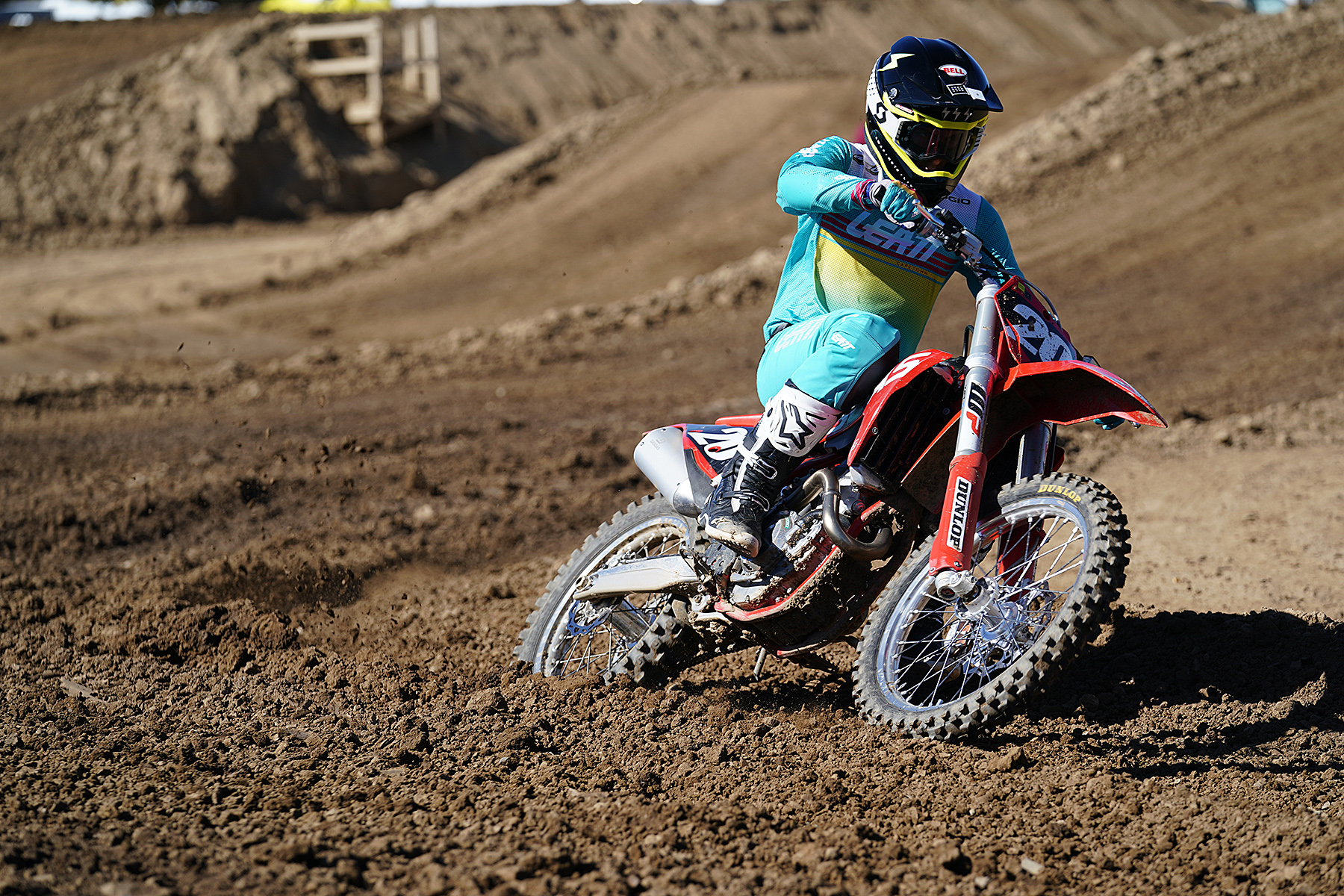 “The cast triple clamp is more forgiving and pairs well with the air fork and provides a very forgiving front end, while the rear end is equally forgiving. I very much enjoy the handling of the GASGAS.” – Chase Curtis

“The MC 250F is the friendliest and easiest bike to ride, and it does nothing wrong. I wish it had a more-exciting powerband, but as it is a great, fun bike to ride on the tracks and trails.” – Chase Curtis 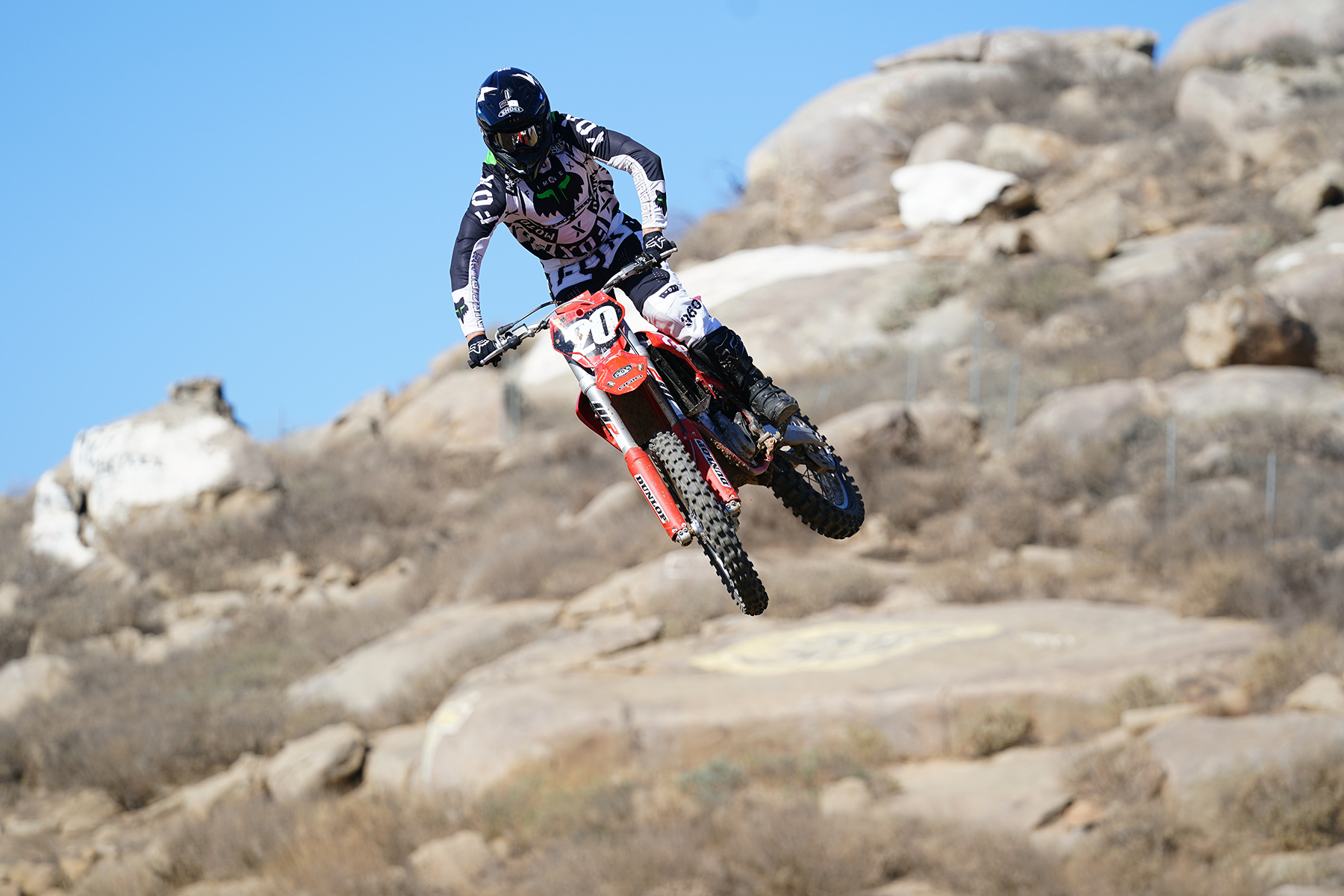 “The GASGAS engine seems to rev more freely than the KTM and Husky, with noticeably less engine braking. It is also louder than the other two Euro bikes because it lacks a resonance chamber on the header, but I really liked being able to hear the engine.” – Pat Foster

“The GASGAS offers the plushest, most comfortable ride of the three Austrian bikes. The softer suspension settings and increased flex offered by the cast triple clamps offer a lot of comforts that the others lack.” – Pat Foster 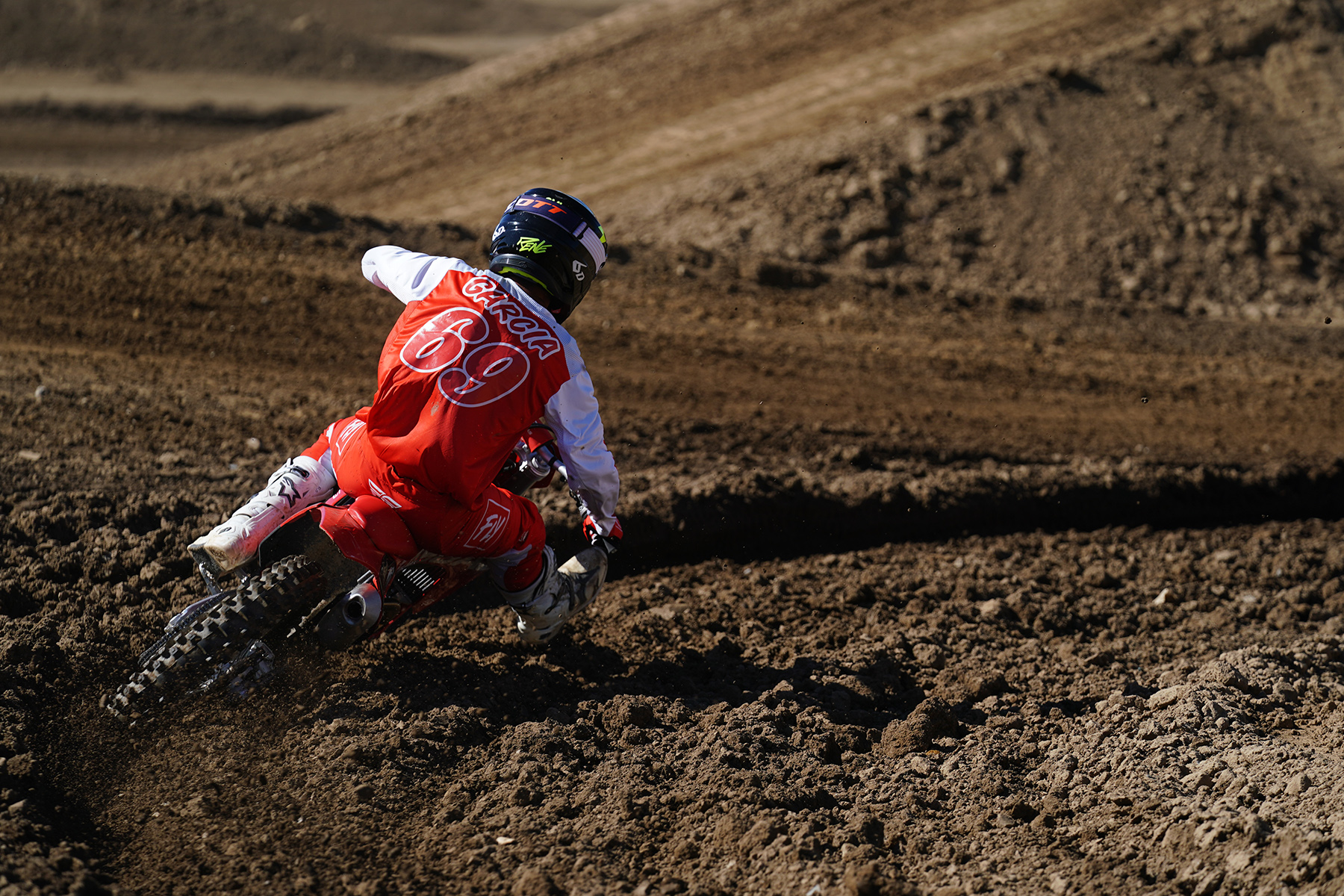 “The bike has a very mellow bottom-end hit, but it comes to life in the mid-range and top-end with the most free-revving feel of the three Austrian bikes. The GASGAS has the least engine braking of all the bikes, which I like. – Rene Garcia

“The suspension is soft for my weight and speed, but it is plush and predictable. The bike corners well as it’s easy to get leaned over and stay that way in turns. The bike feels very light on the track!” – Rene Garcia 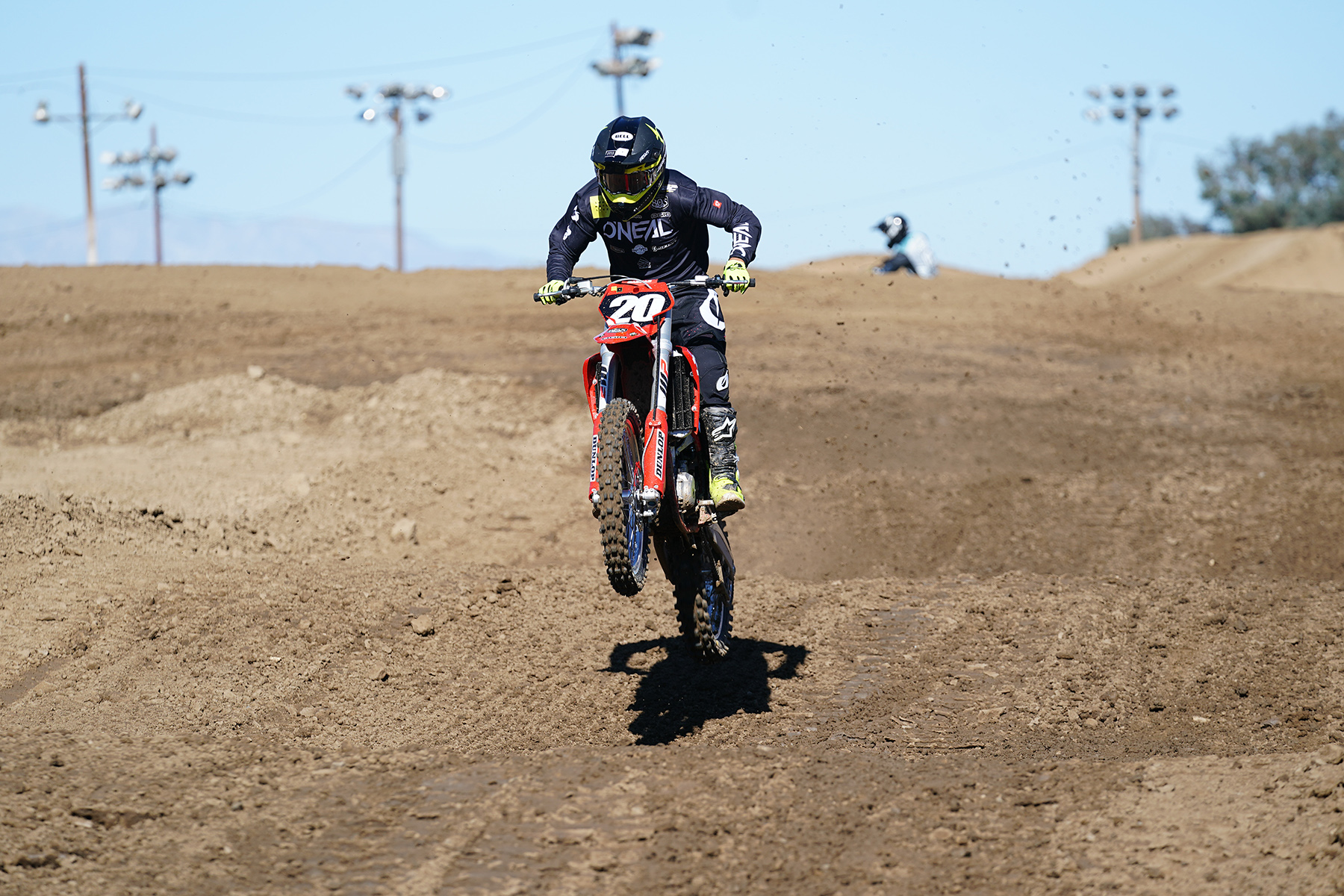 “The GASGAS has a very ‘standard’ feel, but it is a very likable bike that was easy to get comfortable on. It feels super light on the track and handles amazingly well.” – Donn Maeda

“At first, I felt like the bike was really pitchy, with lots of front-to-rear weight transfer under braking of acceleration. I ended up going in two clicks on the fork compression and two on the high-speed shock compression, then running 106mm of sag. Superb!” – Donn Maeda