Subtle refinements made a big difference for the Yamaha YZ250F in 2022, as they helped the blue bike catapult past last year’s shootout winner for this year’s Bike of the Year honors. While the new suspension settings further distance the YZF from the others in the suspension performance, we believe that the new rear wheel and larger 110/90-19 rear tire greatly complemented the bike’s cornering abilities and helped the Yamaha to garner praise for its ability to change directions. 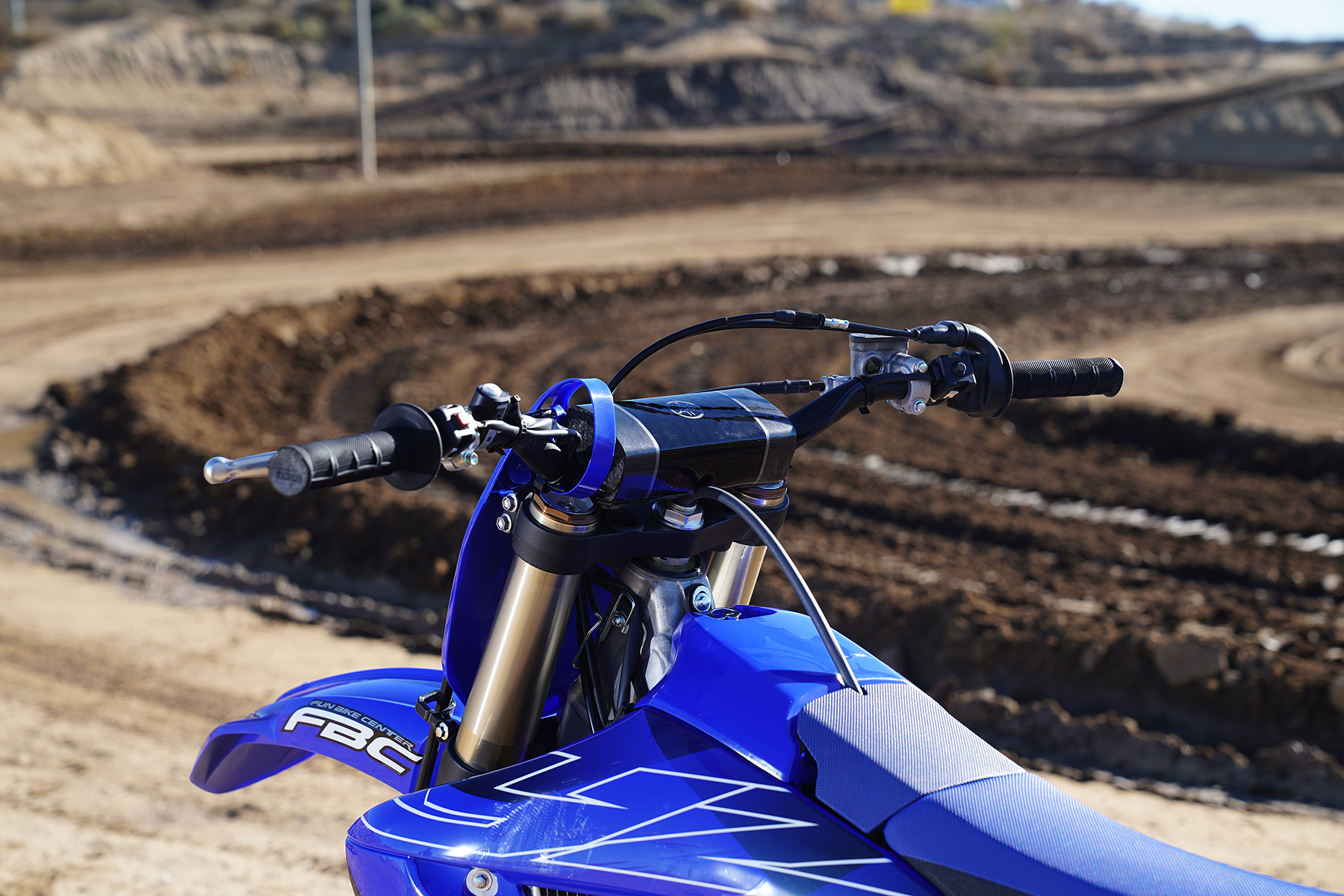 Of course, the Yamaha’s highly tunable powerband is tough to beat, as the Yamaha Power Tuner App sets a standard that others have yet to match in standard bike trim (The Husqvarna and KTM limited edition bikes have their own version of a smartphone app). Getting the YZ250F to produce the style of power you desire is as easy as sending a text, and the possibilities are seemingly endless, while other bikes only have two or three powerband options. 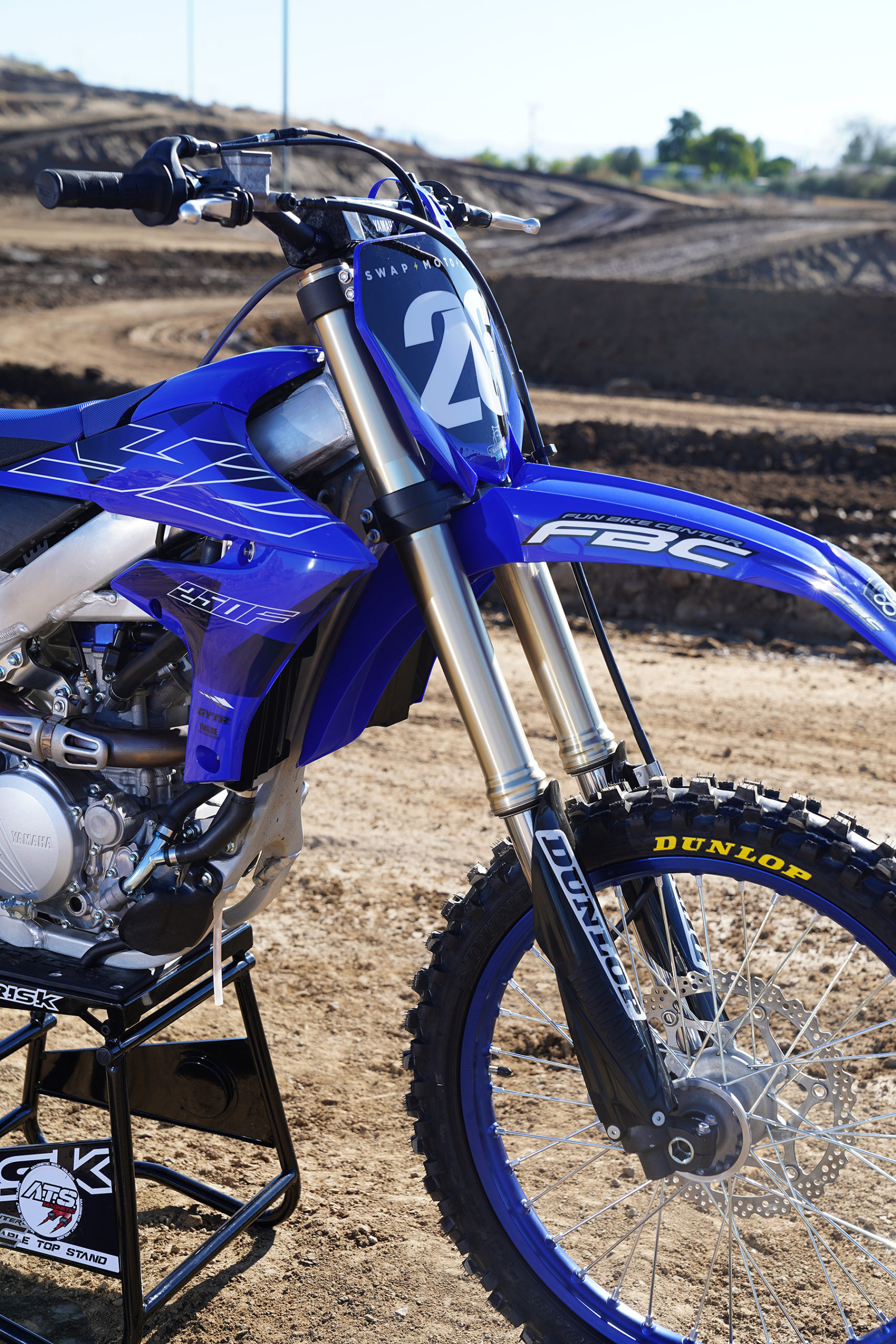 The Yamaha’s KYB suspension package is superb, with exceptional plushness and comfort in its initial stroke and great control and bottoming resistance as the impacts become greater. Our entire test panel praised the blue bike’s suspension, and we know from experience that suspension shops can coax even more performance from the YZF. 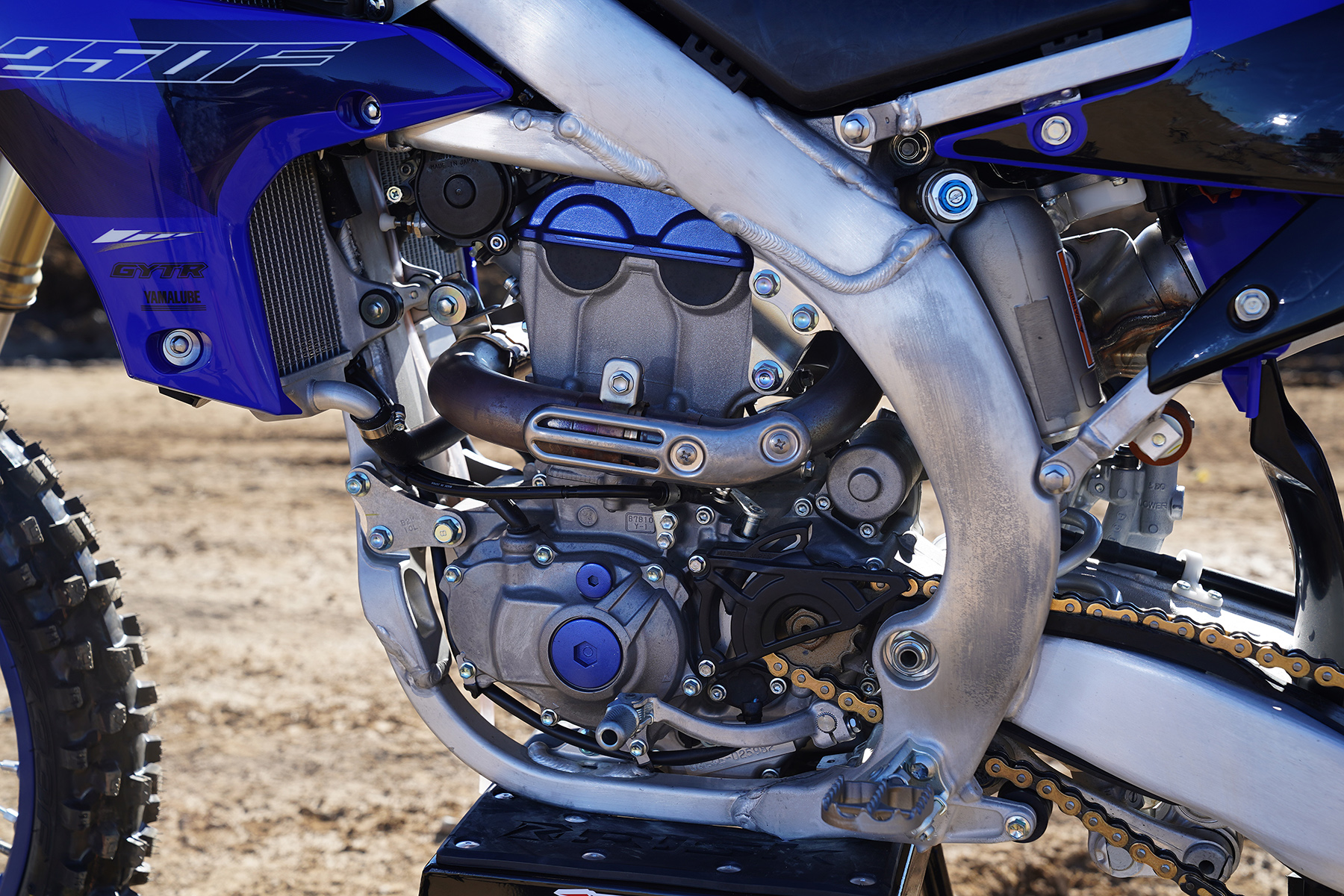 As one of the only bikes left in the class with a cable-actuated clutch, it would be nice to see Yamaha implement hydraulic systems on the YZF line. Still, there is something to be said for the positive feel and modulation at the lever of a cable-actuated clutch. The strength and actuation of the Yamaha’s brakes are top-notch, rivaled only by those on the Austrian machines. Ergonomically, the Yamaha remains wider between the rider’s knees, but this factor didn’t seem to dissuade our testers as much as it has in the past.

As a package, the Yamaha YZ250F is the most well-rounded, best-handling, and race-ready bike in the class of 2022, and we can’t wait to spend the rest of the year logging hours on our new 250 Bike of the Year. 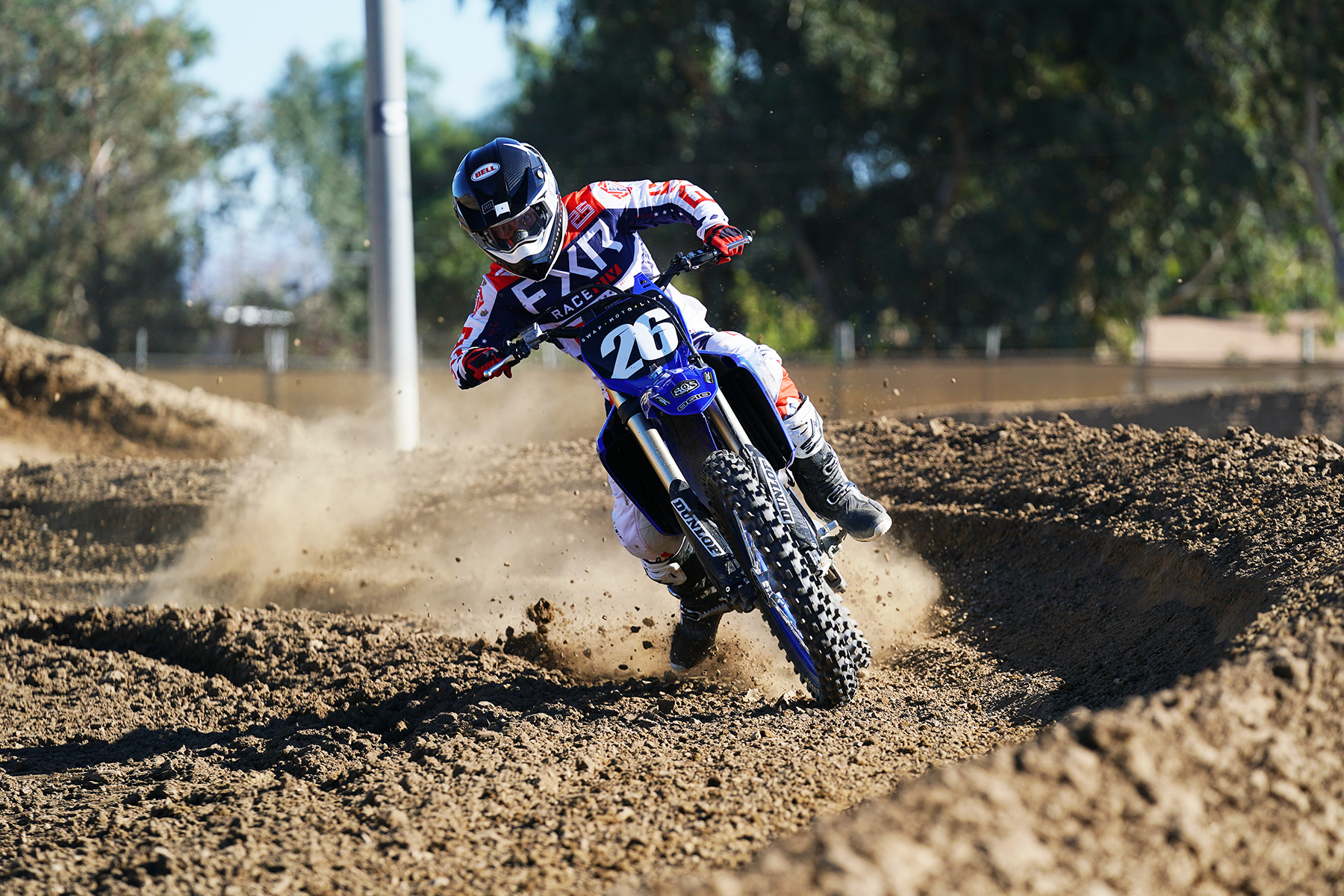 “The Yamaha engine is crazy good! Thanks to the Power Tuner app, you can create the desired powerband with a cell phone. The Yamaha guys installed an aggressive map, and the power was great from low all the way through the top. No flaws in the powerband.” – Humberto Baca

“The YZ250F handles superbly, and I didn’t find any flaws or weaknesses. The bike is great through the rough stuff, yet it corners as well as any bike in the class. The suspension is the plushest and comfortable of all the bikes. I could ride and race this bike in stock condition, as is.” – Humberto Baca 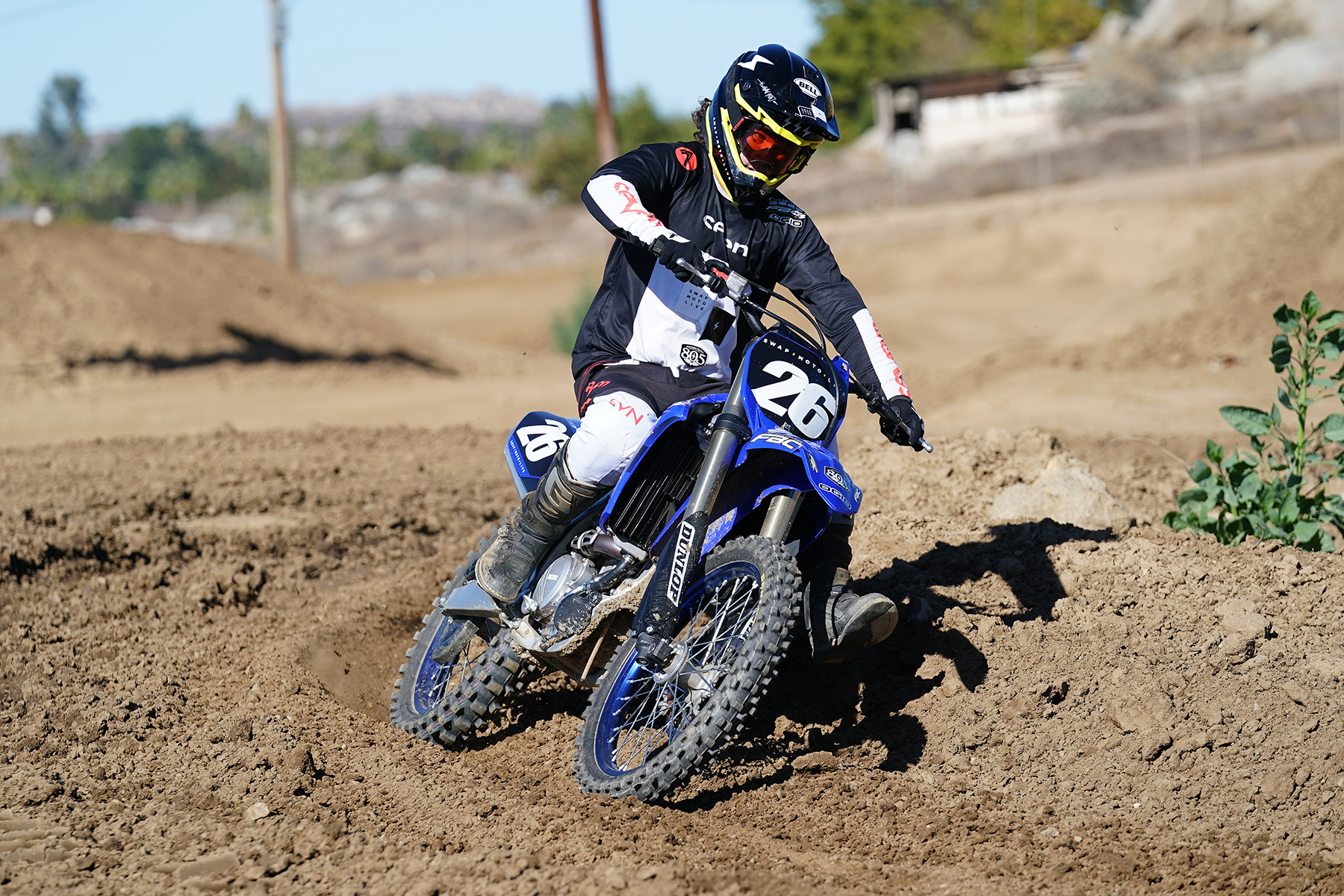 “Power is abundant and strong, no matter what map is installed in the YZ250F. It is amazing that the engine can have so many personalities, and that they can all be accessed with a smartphone.” – Kordel Caro

“The Yamaha has the best suspension, period. I had no complaints whatsoever as the bike flies over the bumps, both big and tall, and remains predictable and confidence-inspiring. The overall handling is amazing as it corners as well as any of the other bikes and is stable at speed with a light, easy to ride feeling.” – Kordel Caro 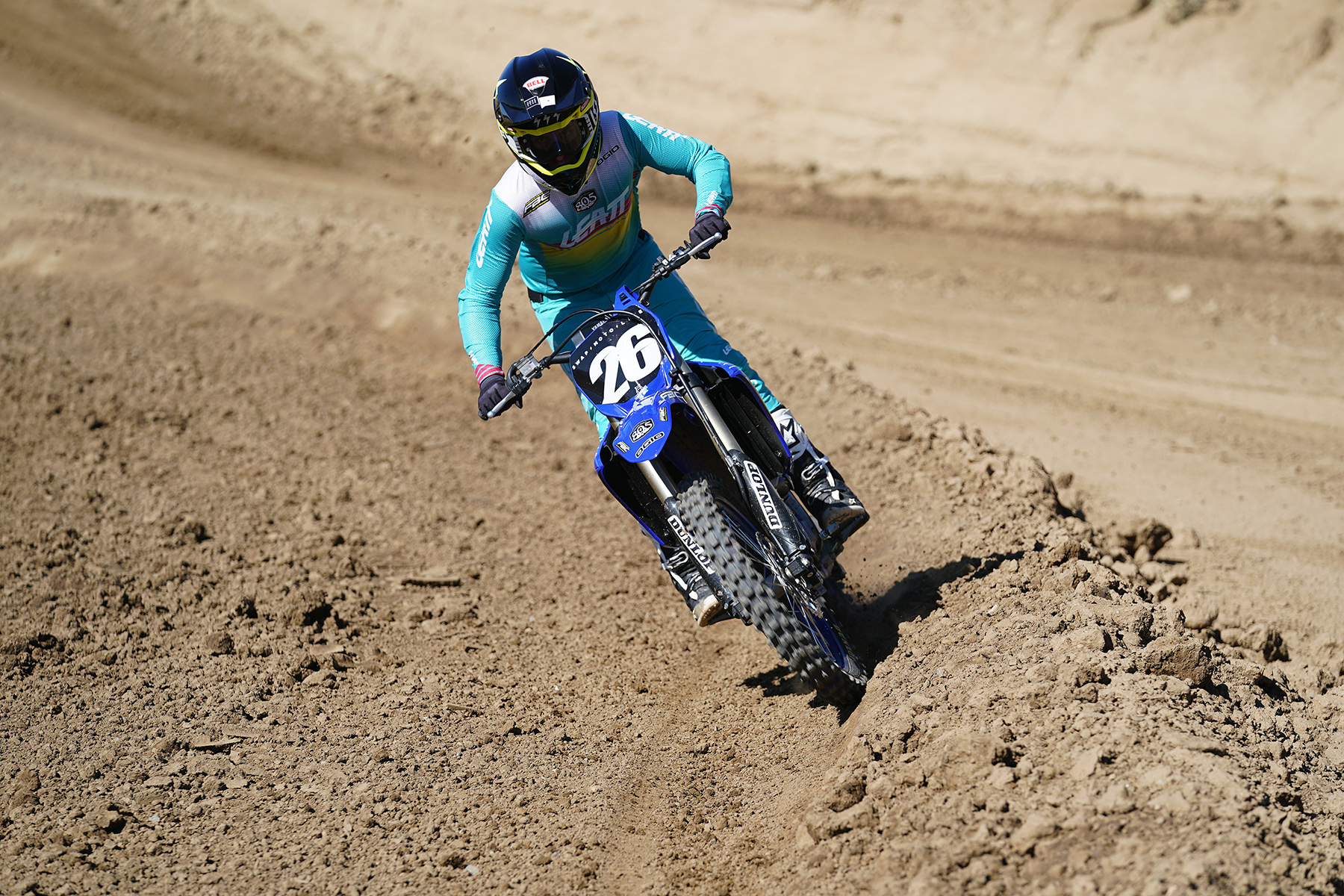 “The Yamaha YZ250F is arguably the best stock machine I have ever ridden. I couldn’t ask for more of the motor, suspension, and overall handling characteristics. It took a few laps to get used to the width of the bike and the cable-actuated clutch, but I fell in love with the bike soon thereafter.” – Chase Curtis

“The YZ250F power is insane, with its strength lying in the mid-range and top-end as delivered, but we switched to a harder-hitting powerband in seconds with the phone app and it made the bike even more effective on the track. I could totally race this bike in stock condition, though I would likely change to a taller bar bend.” – Chase Curtis 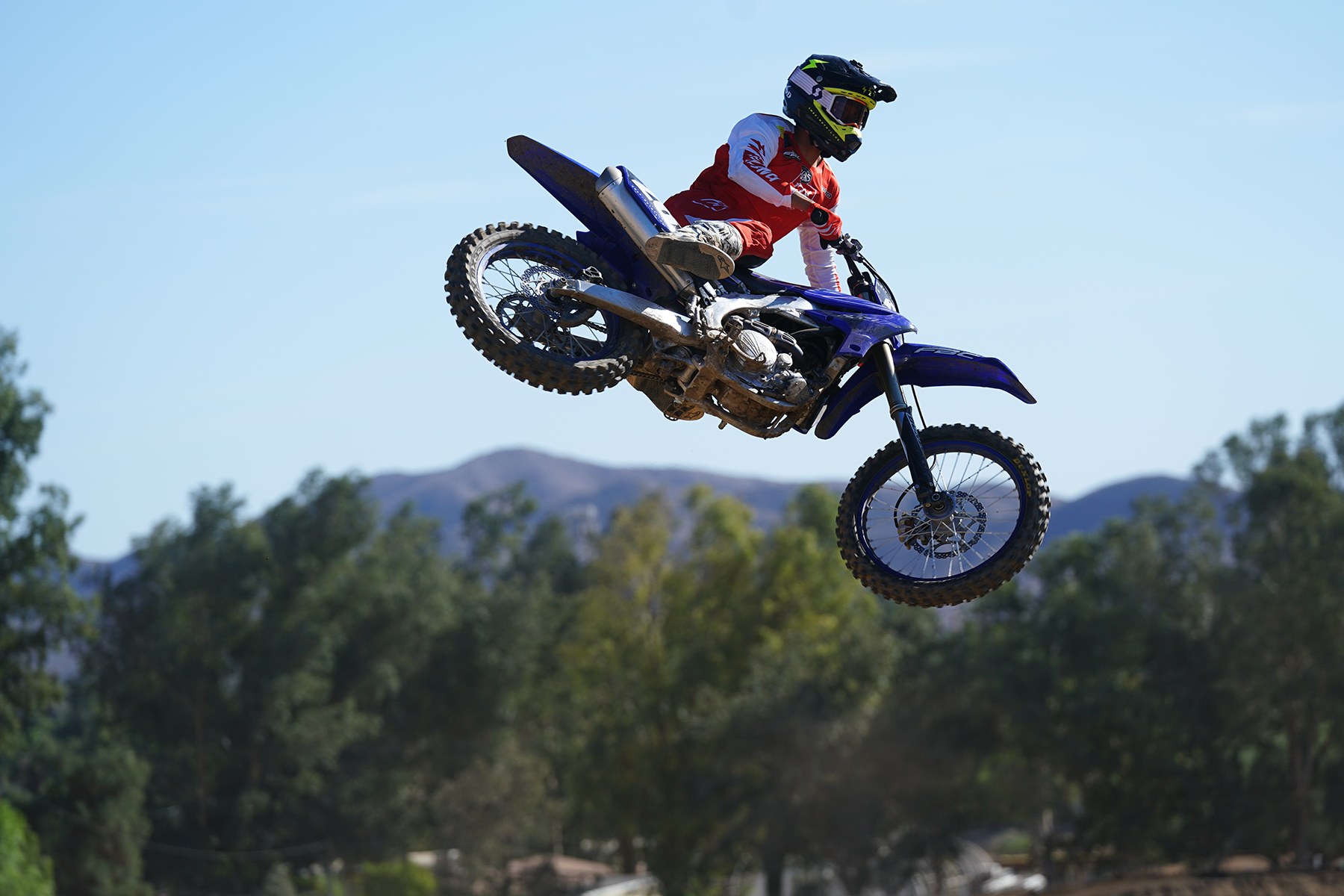 “The Yamaha powerband is great with strong bottom-end and amazing mid- to top-end power. Power is king in the 250 class and Yamaha riders have a head start right off the dealership floor.” – Rene Garcia

“The Yamaha handles great in high-speed sections of the track with trustworthy stability. The chassis has good flex and rider feel, but I did have a tough time getting the bike to corner as well as some of the others because of its wide feel.” – Rene Garcia 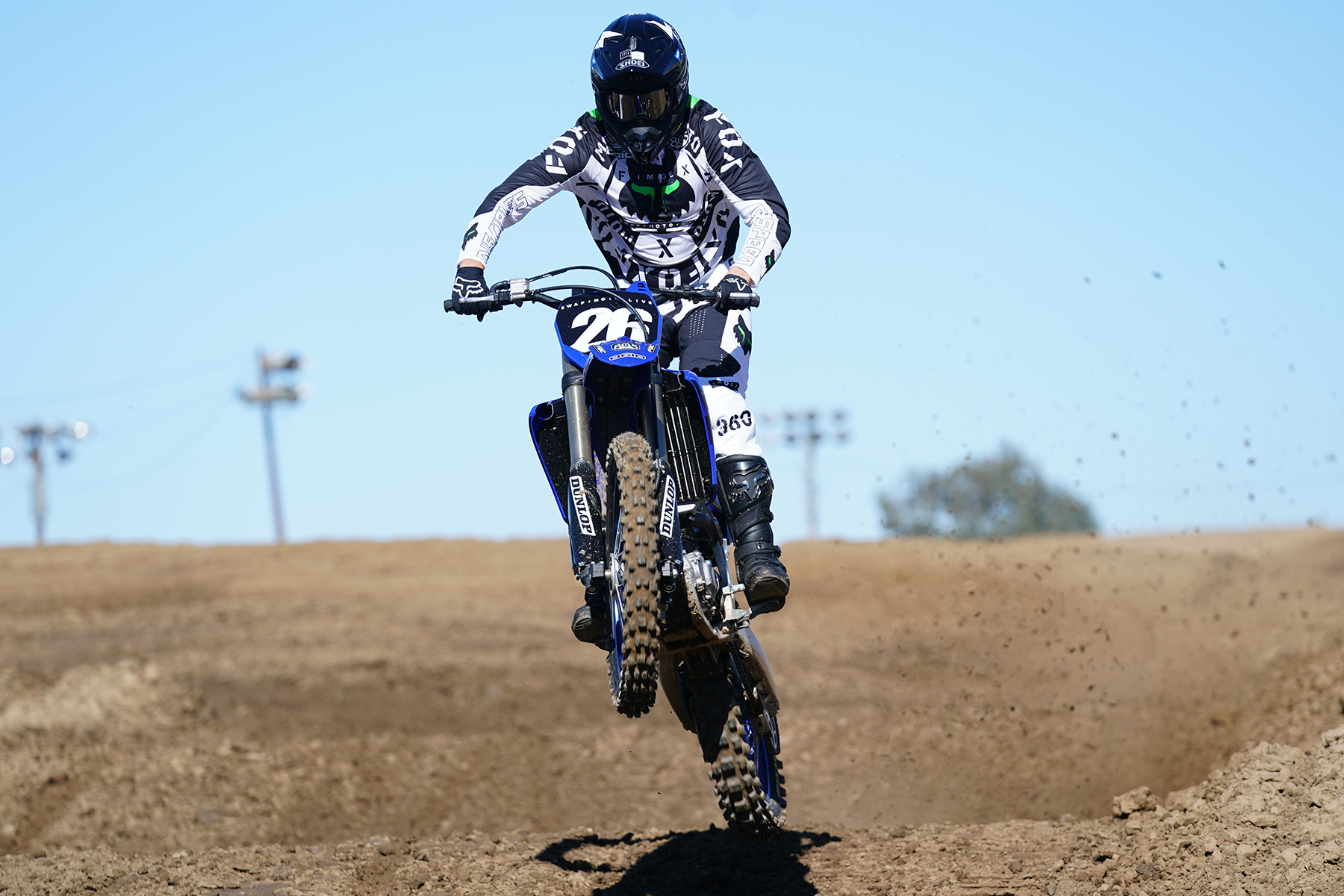 “Yamaha’s engine is nearly flawless with quick power down low, a strong and healthy mid-range, and strong top-end with no holes or weak points through the power curve. The best part is that if you want it to do something differently, all that’s needed is your phone!” – Pat Foster

“The Yamaha has the most planted, confidence-inspiring, straight-line stability in the class. Cornering has been Yamaha’s Achilles heel in the past, but the engineers have long since solved that issue. The Yamaha’s KYB suspension package continues to be the gold standard that all other bikes should measure against.” – Pat Foster 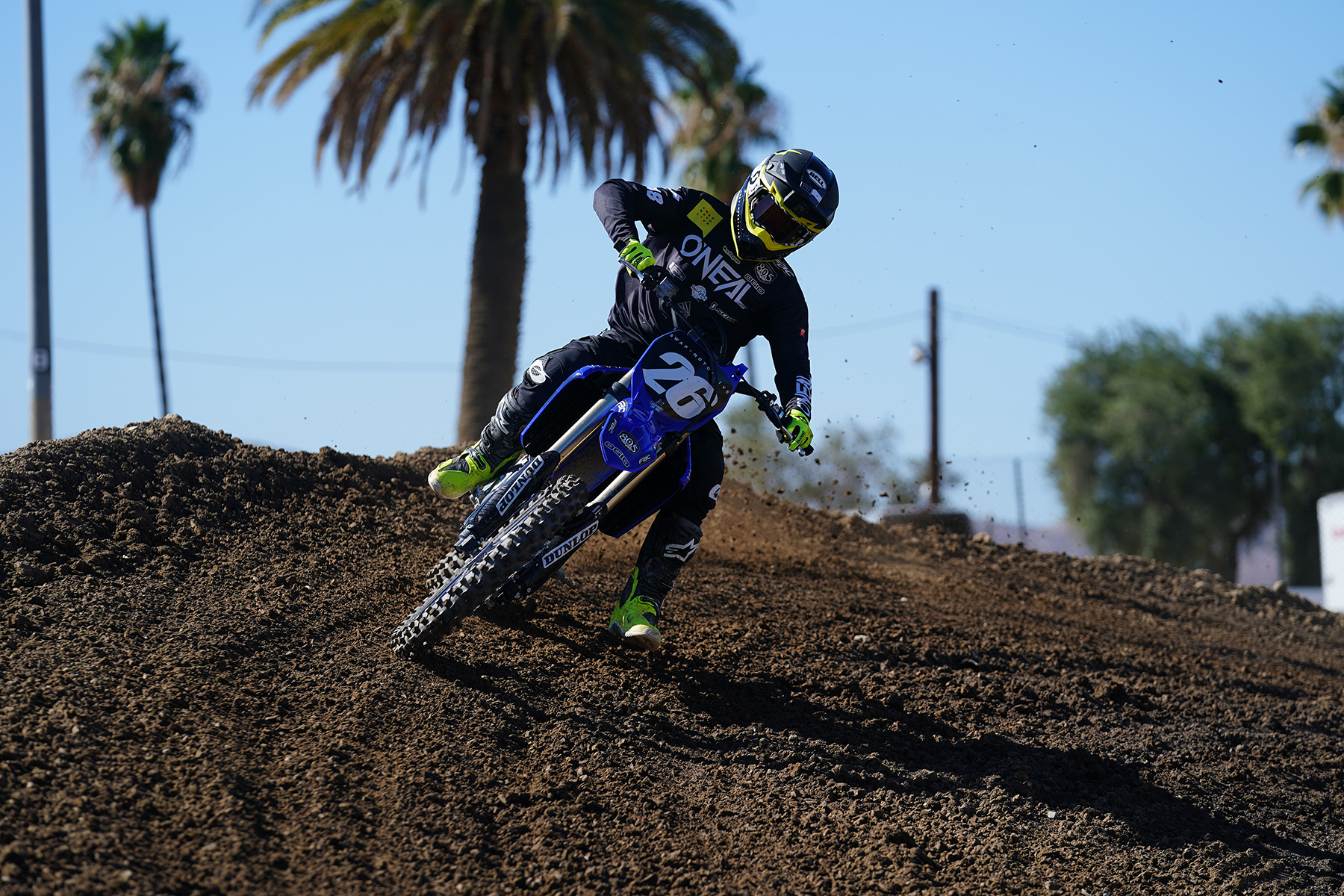 “It is hard to find a weakness in the Yamaha YZ250F. The engine isn’t quite as thrilling as the old torque-monster of the past, but the new powerplant is strong all the way through the RPM range and makes it very easy to go fast on.” – Donn Maeda

“In past years, I’ve had trouble cornering Yamahas, but changes they have made to the suspension allow the bike to corner on a dime with great confidence. At the same time, the bike remains stable and trustworthy in the roughest conditions and at the highest of speeds.” – Donn Maeda