A Closer Look at the Honda CR Electric 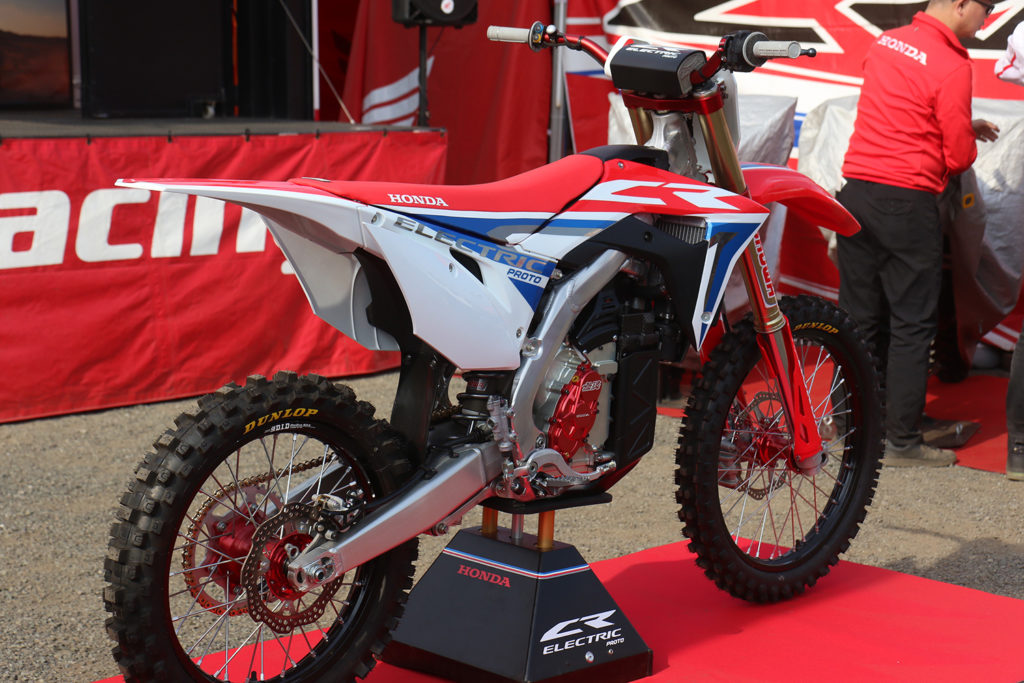 A Closer Look at the Honda CR Electric

The 2019 All Japan National MX Championship kicks off today at Kyushu Motorsports Park in Kumamoto, Japan, and as we reported earlier in the week, the exciting Honda CR Electric prototype motorcycle is on display. While a few photos of the machine from the Tokyo Motorcycle Show circulated the internet a few weeks ago, these are the most detailed we’ve seen of the electric motorcycle. Our friend Toru Matsunaga is at Kyushu, and fired off these photos to Swapmoto Live. We’ve also heard reports that legendary Japanese motocrosser Kazumasa Masuda will ride the bike on the track for an exhibition during Sunday’s intermission, and this makes more sense than the demo rides available to the public that Facebook translation software revealed from Honda’s press release earlier in the week. Nothing in Japan, however, is unbelievable, so we will see if the CR Electric ride will be an exhibition or an experiential event.

For now, here are some better detail shots of the CR Electric, which reveal that the bike is certainly water cooled. This is exciting, as overheating was one of the Alta Redshift’s biggest problems. The prototype on display in Japan is equipped with production-looking suspension, though it still boasts works triple clamps and hubs. What else can you deduce from these photos?