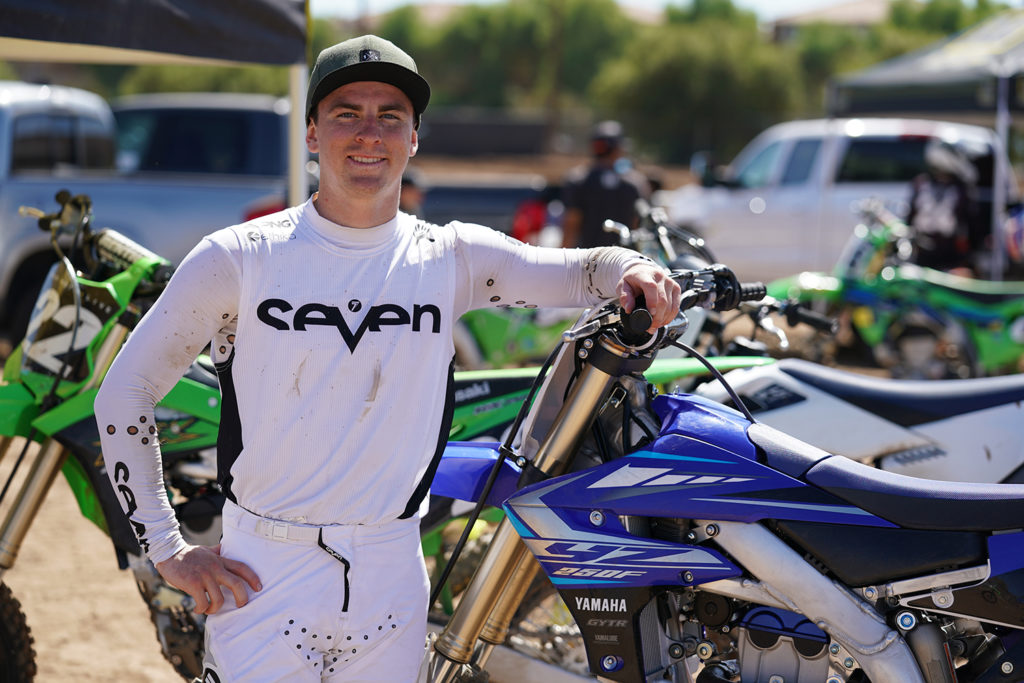 After growing up and progressing through the ranks in KTM’s Orange Brigade amateur program, then graduating to the Troy Lee Designs/Red Bull/KTM squad, Mitchell Falk finds himself in an unfamiliar position this off-season. Following an injury plagued 2019 race season, the Californian was told by KTM that he would not be resigned for 2020 and beyond. While this might seem like a devastating blow for a young up-and-coming professional racer, Falk looks at it as an opportunity to start fresh and try something different.

A couple of weeks ago, Falk reached out to us in hopes of trying out a few different 2020 250s.

“Basically, I have been with KTM my whole life, from 50s all the way up to 250s,” he said. “Unfortunately I parted ways with the Troy Lee KTM team this year, and I am looking to put something together as a privateer. I didn’t really know where to start or where I would want to start, but I knew that I wanted to try something different for a fresh start. I may have an opportunity up in Canada to race for a Kawasaki team, but I thought it would be smart top at least try some different bikes to gain some perspective.”

While we would have been happy to let Falk try all six of the 2020 machines, he requested some seat time on only three of them: the Husqvarna FC 250, Kawasaki KX250, and Yamaha YZ250F. “If I am going to buy bikes and build a racebike, I figured that there were three good options for me. I wouldn’t want to use KTMs because I am looking for something new, but the Husqvarna is different enough but would be familiar and easy to set up. Again, I might have an opportunity to race a Kawasaki in Canada so I wanted to try that, and everyone says the Yamaha is a monster so it would make a great starting point.”

This morning, we met Falk and his family at State Fair MX, a stadium-style track in Moreno Valley, California, that is set to open to the public tomorrow, Friday, October 4. Falk rode a couple motos on each of the bikes and by the end of the day, had a pretty good idea of what he would want to do if it comes time to build his own privateer effort for 2020.

“I knew the Husky would feel similar to what I am used to, and that’s why I rode it first. It felt pretty good. The motor was really good. The air forks are a little weird to me because I havent’ had to race on them being on the TLD team. It felt pretty close to the KTM, and it is a great bike. The power is mostly in the mid-range and top-end. It’s hard to rate the Husky engine because I used to ride a full race KTM, but I could tell that it didn’t have much low end and that it makes most of its power on high rpm.”

“I was really surprised by the Kawasaki. I’ve always struggled in corners on the KTM and also on the Husky when I rode it, so when I got on the Kawasaki I was caught off guard by how well it cornered and I actually caught myself oversteering in the corners because it leans in so easily. I almost went over a berm because I didn’t expect the bike to corner the way it did. The bike was super stable and I was very impressed with the engine. The power down low was lacking but in the middle and upper end of the rpm range, the bike rips. To be honest, this was the first time I had ever kick-started a four-stroke, too!”

“The Yamaha was really fast and on the first lap, I almost went over a berm because I didn’t expect it to be so fast! (laughs) It is very stable and predictable. When you go into a rut, it stays in there. In a slippery sandy turn that made the other two bikes feel twitchy, the Yamaha was very planted and predictable. The motor is amazing. The bike is super snappy off the bottom and it pulls hard throughout. State Fair isn’t really fast and I didn’t open it up as I would at Glen Helen, but it didn’t seem to lack any top end.” 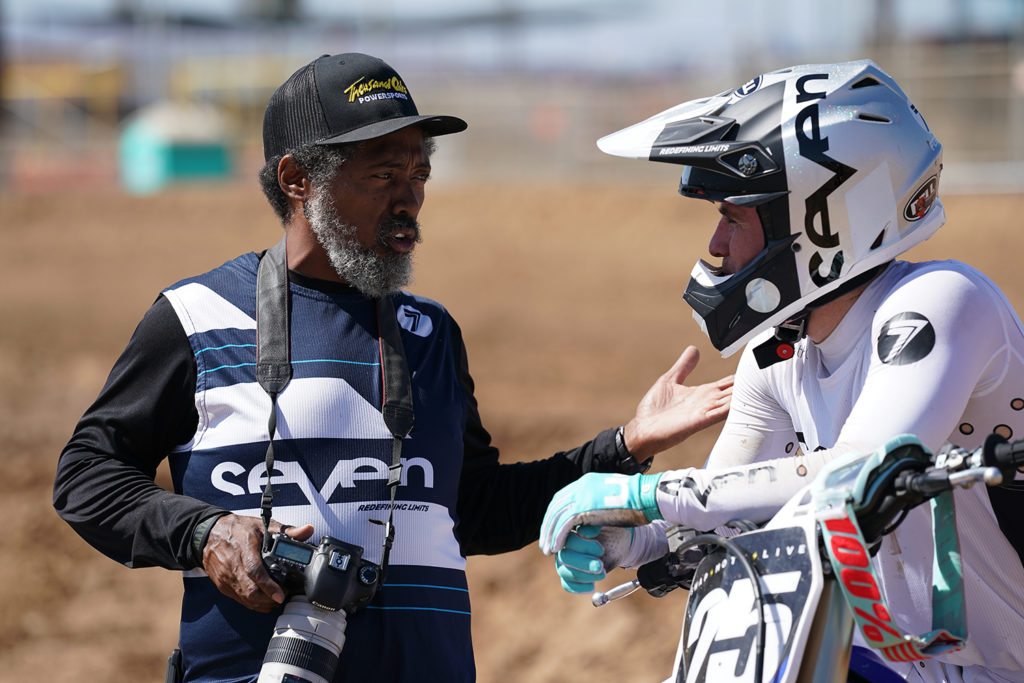 Scrub Daddy was on hand at State Fair MX to offer his opinions, and he agreed that Falk looked best on the blue bike,

“If I am going to put my own money into building a program myself, I obviously want to be on a bike that I like and am comfortable on. Starting with the best bike will produce better results when you build it into a race bike, so choosing the stock bike that suits you best is important. This will be a rebuilding year for me, but I am excited to get things going!
“If I were to buy bikes and build them up, I think that the Yamaha YZ250F is the best choice for me. It was really fun getting to ride some other brands for the first time since I was on a PW50, and it was eye-opening to see how they compare with each other.”