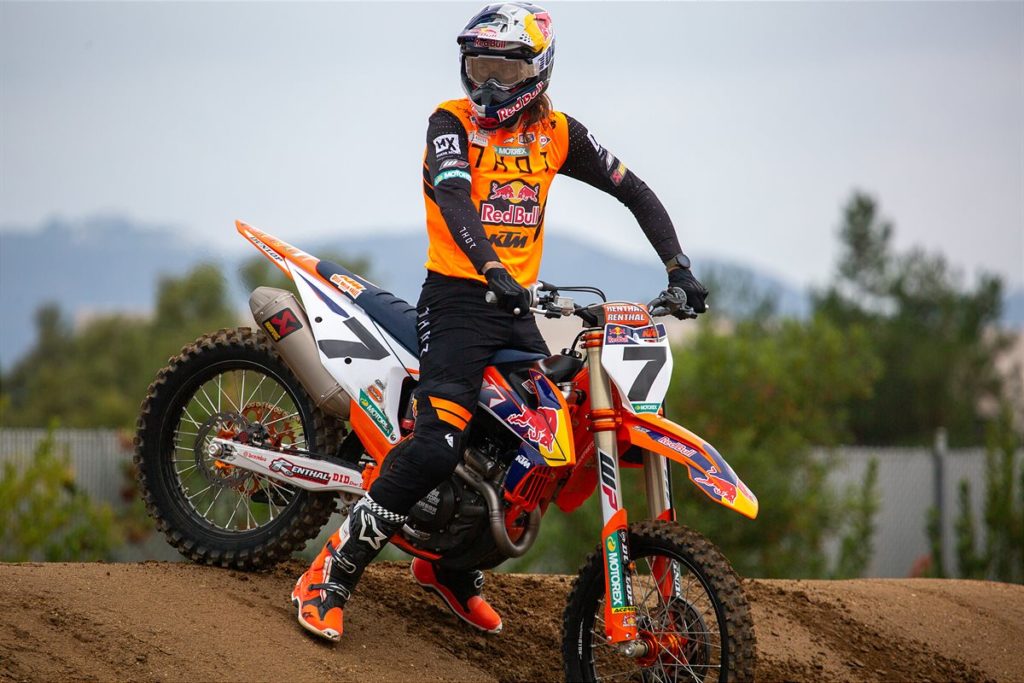 Red Bull KTM has confirmed that Aaron Plessinger will join the factory team with a two-year contract that will run through 2023. AP’s switch to the Austrian equipment has been months in the making and will put him on the latest iteration of the KTM 450 SX-F Factory Edition (still unseen but to be debuted soon) and a full-time training program with Aldon Baker.

Two years of injuries and bike setup issues had hindered Plessinger greatly, but the third year on his contract with Yamaha carried the former 250 West Coast SX and 250 MX champion into the 2021 season. Monster Energy/Star Racing/Yamaha’s overhaul of the YZ450F seemed to suit AP, and by the midpoint of the SX season, the fan-favorite was one of the hottest prospects in the premier division. We spoke with Plessinger leading up to the Arlington Supercross, and he noted that results in the weeks ahead would set the tone for the negotiation process.

Plessinger’s improvement occurred just as KTM assessed their future. Two-time and defending champion Cooper Webb is set to stay with the team through 2023, but with longtime rider Marvin Musquin nearing the end of his decade-plus career, the group realized that a replacement would be needed sooner than later.

However, Yamaha wasn’t willing to let their investment go, and there was uncertainty about where Plessinger would wind up; we heard he’d “committed” to KTM but felt loyal to the Star Racing team, especially after their improvements to the motorcycle. The usual tug of war between the two OEMs played out over the summer months, but AP’s move to orange became apparent as the Pro Motocross tour wound down.

Yamaha and Plessinger confirmed their split at the end of the summer (AP did not finish out the season after a hard wreck at the Unadilla Motocross), but these last few weeks have been a waiting game of sorts. KTM did not release the news on October 1 as many expected, which spurred theories about Plessinger’s gear deals and other unsubstantiated rumors.

The move to KTM means significant changes for Plessinger, on and off of the bike. He’s already joined the team in Southern California and will begin the process of sorting out the latest generation of the 450 SX-F, a revamped machine that’s to be labeled as a “Factory Edition” for 2022 and will use a steel frame, WP suspension components, and various components from technical partners. Championship-winning mechanic Jade Dungey has returned to the Red Bull KTM team to work with Plessinger, a new relationship for both rider and wrench, and he’ll soon move to Central Florida to prep at the Baker’s Factory.

Joining the Baker’s Factory is an important detail to AP’s deal. He will be one of the main riders at the KTM-backed facility and will put in practice laps alongside Malcolm Stewart, RJ Hampshire, and others on the daily basis. Plessinger’s addition occurs after Cooper Webb’s recent split from Baker for for a change in scenery, a change-up that puts both the reigning SX champion and the renowned trainer into challenging situations (title defense for Webb, expectations to build Plessinger-Stewart into potential race winners).

Two-year terms of an agreement are standard for KTM and riders, so Plessinger will have 2022 and 2023 to chase his first 450 SX Main Event or 450 Moto victory before it’s time to re-up.

Below is the complete press release, including quotes from Plessinger and Team Manager Ian Harrison… 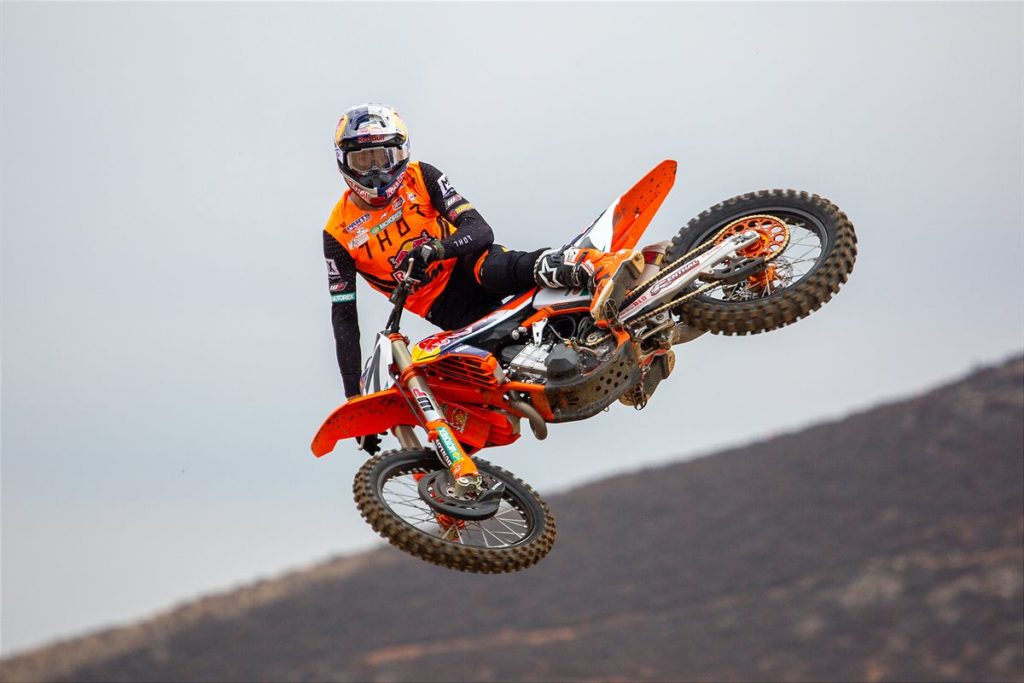 The Red Bull KTM Factory Racing team is pleased to announce the signing of fan favorite Aaron Plessinger to race aboard the KTM 450 SX-F FACTORY EDITION in the AMA Supercross and Pro Motocross Championships. Upon inking a two-year deal, Plessinger will remain with the team through the 2023 season with his much-anticipated debut taking place at the Anaheim SX opener on Saturday, January 8 in Anaheim, California.

Plessinger enjoyed a successful run in the 250 cc division, including a 250MX Championship in 2018 and countless race-wins in both series. Since moving into the premier 450 cc division in 2019, the 25-year-old has slated numerous top-10 finishes, along with one career top-five, and he is READY TO RACE onto the podium with an all-new program behind him in 2022.

Training with world-renown SX/MX trainer Aldon Baker at the elite Baker’s Factory compound in Florida, Plessinger will also work alongside mechanic Jade Dungey, who re-joins the Red Bull KTM squad for his first season together with AP.

Aaron Plessinger: “I’m really excited for the opportunity to join Red Bull KTM and work alongside everyone associated with the factory team effort. To be honest, I’m pretty excited to bring a new vibe to the team. I rode KTMs a lot as a kid, so I’m looking forward to getting back to my roots and having some fun but this time on the KTM 450 SX-F FACTORY EDITION. Getting to train at Baker’s Factory with Aldon Baker, who has helped shape the careers of many champions over the years, is an opportunity I didn’t want to pass up. Hopefully I can push my fitness to new limits and better hone in my racing techniques by training alongside all the other top riders there.”

Ian Harrison – Red Bull KTM Factory Racing Team Manager: “Aaron’s depth of talent has been on our radar for years but he has really come into his own more recently and lucky for us, during a time when we were in a position to bring him on-board for 2022. We were excited that during contract negotiations, he expressed interest in being a part of the full training program – a program we have worked very hard on for many years – and felt he would really benefit from it at this stage in his career. The gains he has already made not just on the KTM 450 SX-F FACTORY EDITION, but also meshing with the team and his mechanic, Jade Dungey, should keep the crew smiling, and on their toes, year-round. Aaron is a real character and a welcomed addition to our 2022 rider lineup.”

Aaron Plessinger on the SML Show
Chase Curtis May 17, 2022

Aaron Plessinger on the SML Show

Aaron Plessinger | Back in Action

2022 Anaheim Three Supercross | How Was Your Weekend