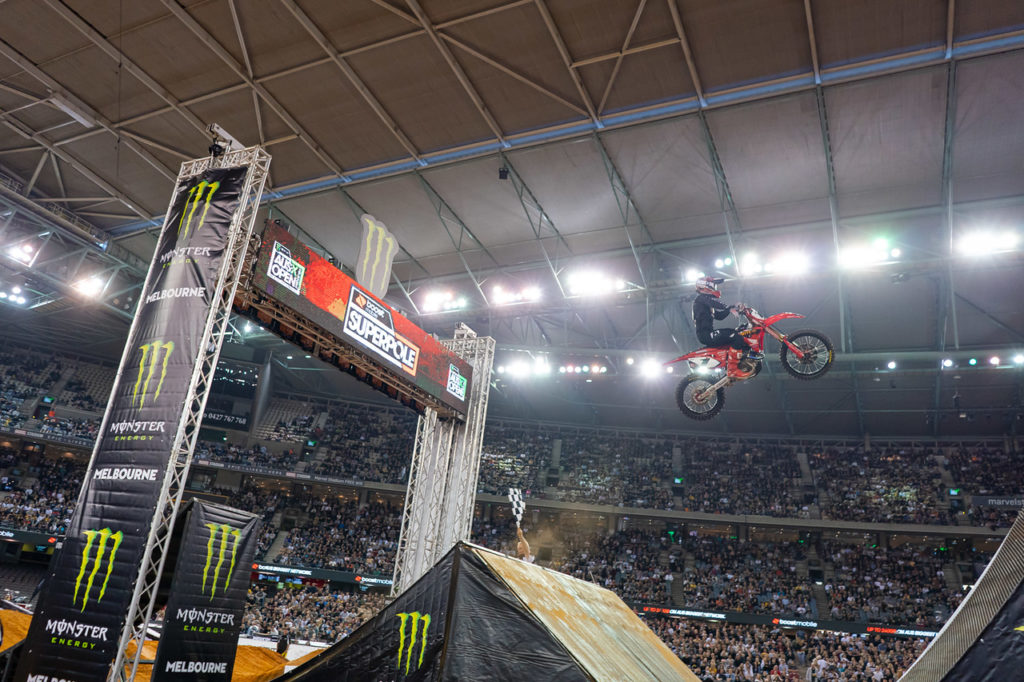 Earlier this week, the FIM announced it had entered a partnership with promotion group SX Global to produce a new international racing series, the FIM World Supercross Championship.

Although SX Global is a new endeavor by Adam Bailey, Ryan Sanderson, and Tony Cochrane, the Australian group has a history of holding on Supercross races, has been involved with the FIM, and is experienced in motorsports.

Bailey and Sanderson were behind the AUS-X Open in Australia and the S-X Open in New Zealand, events that boosted Supercross in the Southern Hemisphere and served as the FIM Oceania International Supercross Championship. Cochrane, meanwhile, was the founding chairman of the V8 Supercars Championship and helped it become the premier motorsport series in Australia.

We rang up Adam Bailey to learn more about the new series (which is slated to launch in late 2022) for this installment of the Midweek Podcast.