Adam Cianciarulo | Out For Remainder Of 2021 Supercross 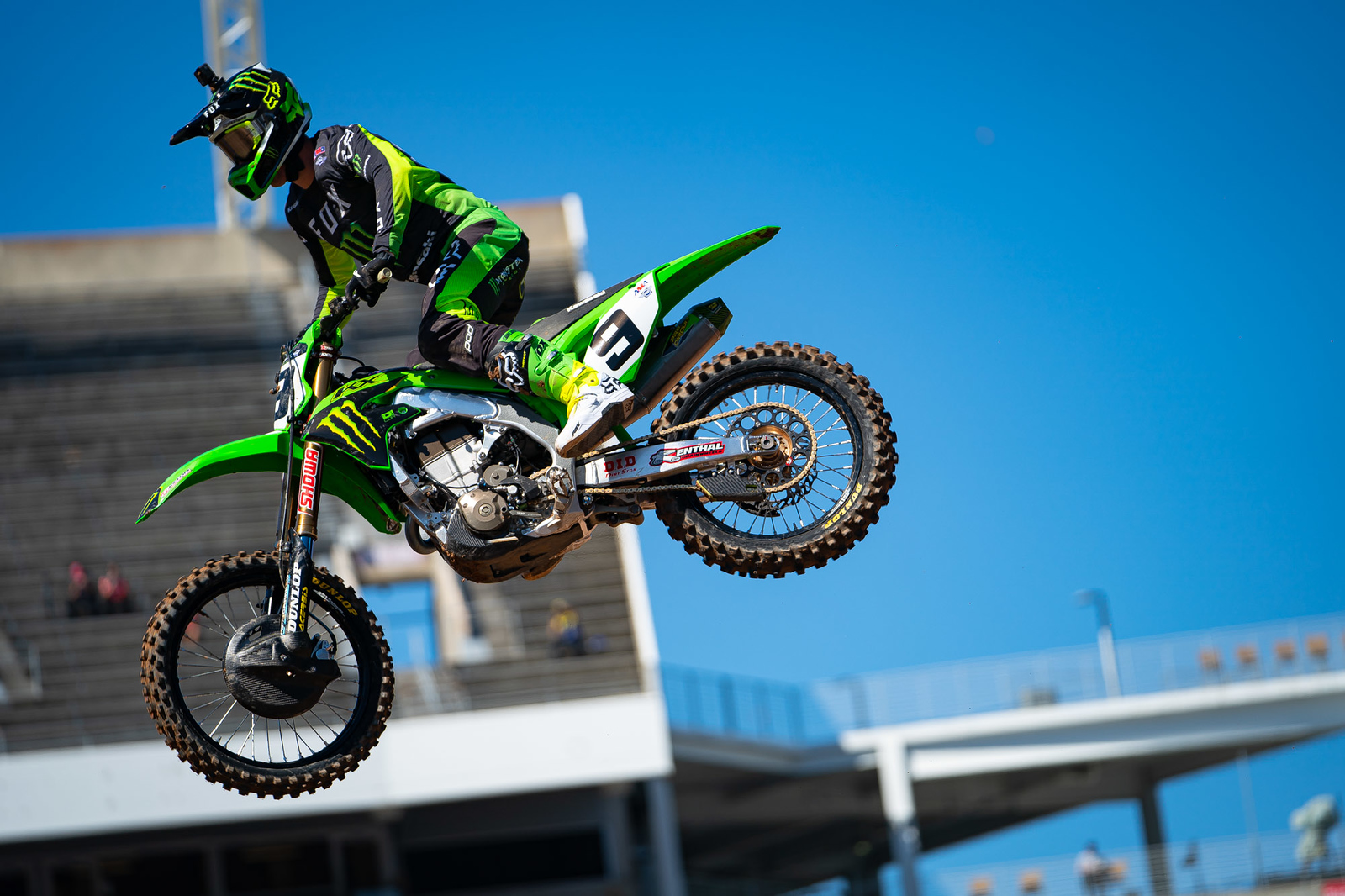 Adam Cianciarulo has now confirmed what many of us expected: he will miss the remainder of the 2021 Monster Energy Supercross Series. The Monster Energy Kawasaki rider broke his collarbone after a crash in the 450 Main Event at the Orlando Two Supercross, an injury that required surgery and sidelined him for an extended period. Although there have been no complications post-surgery, Cianciarulo and the Kawasaki team have decided to sit out the last five rounds of the Supercross season to fully prepare for the 2021 Lucas Oil Pro Motocross Championship.

“My front-flip attempt at Arlington last year (2020) ended up breaking my collarbone and had to get a plate,” explained Cianciarulo in a video update. “I still had the plate in there when I crashed in Orlando, and I ended up breaking it just to the inside of the plate. They had to take the old plate off, move it over the new fracture site, drill new holes, and all that good stuff.

“Since then, I have been taking a cautious approach, following my doctor’s advice and the team’s advice, doing everything I can off the bike to stay in shape and for rehab,” continued Cianciarulo. “With that being said, it breaks my heart to say that I won’t be back for the remaining Supercross rounds. It really, really sucks. You guys know me as a positive guy, and it’s really tough to not be out there.”

There are some positive takeaways from Cianciarulo’s update, including plans to get back on the bike on April 8th and to be ready for the first gate drop of the Pro Motocross season at Fox Raceway, where the second-year 450 racer is expected to be a title contender.

“It’s been a tough year for me so far, but that’s the way it goes sometimes. I haven’t let it get me down, that’s how it goes, and I love the sport just as much in the bad times as I do the good,” stated AC. “That’s the nature of the game, so I will keep my head up, keep charging forward, and do everything we can this summer to get good results.”

Inside the Fox Racing Moto Van