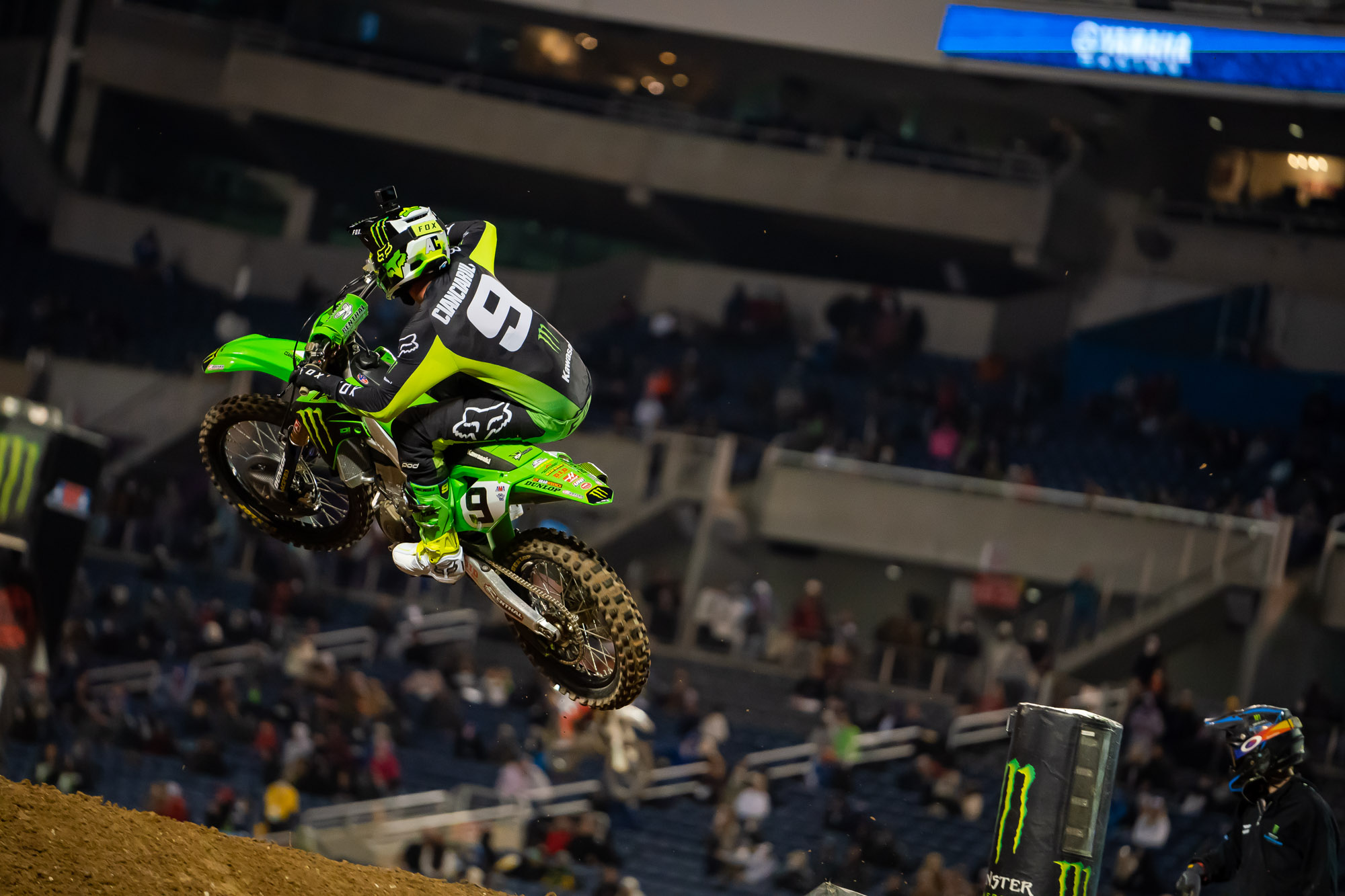 Adam Cianciarulo has announced that he sustained a broken collarbone in the crash at the 2021 Orlando Two Supercross. AC got out of rhythm when jumping through the whoop section at the halfway point in the feature, went over the bars of his Monster Energy Kawasaki, and took the brunt of the impact to the upper body. He was able to walk off the track on his own, talked with the Alpinestars Mobile Medical staff about pain in his shoulder, and exited the stadium on his own.

The post-race press release from Kawasaki did not make mention of an injury, but on Tuesday, Cianciarulo confirmed that he fractured the bone and will miss upcoming rounds of the 2021 Monster Energy Supercross Series as a result.

“A lot of time and effort goes into each season and it’s extremely frustrating to have a set back like we did this past weekend. I broke my collarbone and I’m gonna be off the bike for a bit,” said the caption. “I’m really pissed off at myself for making that mistake. It’s completely unacceptable. I won’t be discouraged, though. I love what I do and I put my heart and soul into it. I’m going to keep working on the things I need to in order to reach my goals.”

This is Cianciarulo’s second season in the 450 Class and he is currently ranked eighth overall in the championship standings.

The 2021 Monster Energy Supercross Series will take this coming weekend off and will return with the 2021 Daytona Supercross on March 6.