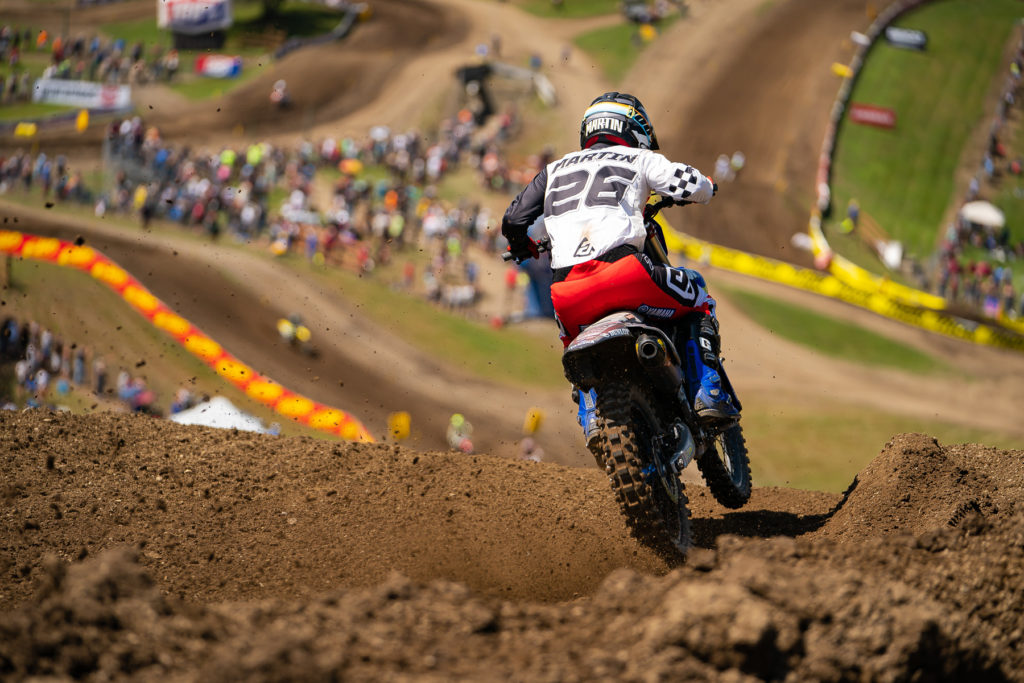 Alex Martin has announced that he will sit out the remaining rounds of the 2021 Lucas Oil Pro Motocross Championship after a crash at the 2021 Unadilla Motocross resulted in a wrist injury. The Manluk/Rock River Yamaha/Merge Racing rider has faced his share of issues lately, including a concussion in February, a wrist injury in March, and a broken arm in June, which sidelined him for the majority of the season.

“I’ve been working very hard to come back from numerous injuries this year, but the reality is I’ve missed a lot of seat time and have been more focused on rehab and physical therapy this summer than actual training and riding,” he stated on Instagram. Martin’s rapid return to action from the broken arm was impressive, and he scored points in four of the six Motos since getting back on the track at Spring Creek. “It’s a tough decision as I want to be at the races doing what I love and representing my sponsors, but at this point I’ve decided to be done racing for the summer and let all of my injuries heal properly.”