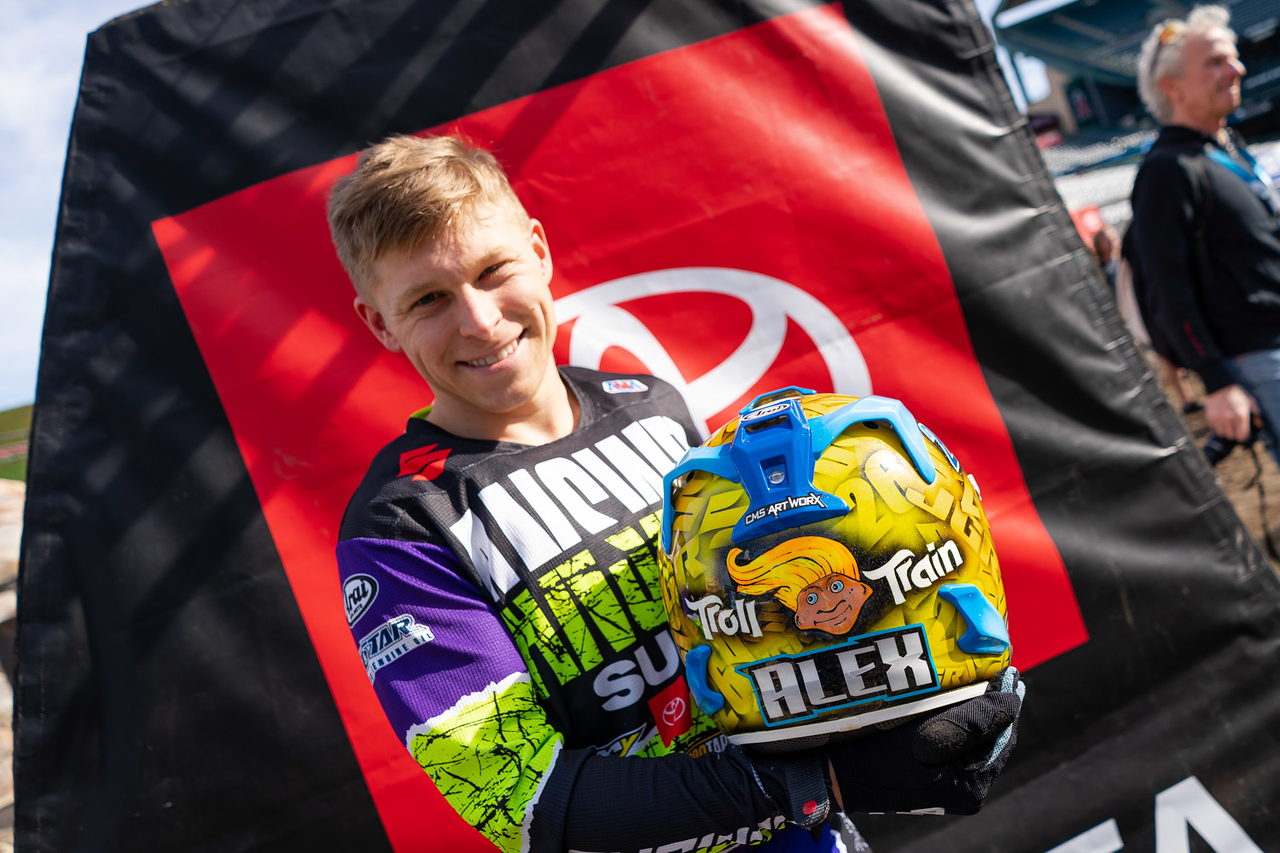 Although the industry is still feeling the ripple effect caused by the shutdown of JGRMX’s race team, the former staff and riders have already started to make moves to new places, including Alex Martin. The 250 Class rider’s career is set to come full circle and he will return to the Rock River Yamaha team, a long-running operation that will now partner Manluk and Merge Racing for the 2021 Monster Energy Supercross Series and 2021 Lucas Oil Pro Motocross Championship, and will be called Manluk/Rock River Yamaha/Merge Racing. The rider signing and team restructure was announced on Monday, November 17, and comes just before Martin gets back on the bike after a lower leg injury.

We reached out to Alex Martin when word of the JGRMX closure circulated early last week, and he explained the situation and hinted at the groundwork of his new deal. “I knew that it was trending this way so I have been busy the last couple of weeks getting things rolling. Ultimately I had a great two years over there and genuinely enjoyed working with everyone on the team,” he said of the North Carolina team. “I was able to win, and had quite a few podiums on their program. It’s very sad to see the sport lose two factory teams in one year. I definitely wanted to ride for them again, but I have some things in the works with the Rock River Yamaha guys that I’m pretty excited about.”

This is sort of a full-circle deal for Martin, as he rode for Rock River Yamaha from 2013 to 2015, and scored the first moto win of his career at the 2015 Budds Creek Motocross.

The full extent of the Rock River Yamaha deal was announced on Monday and will be a working partnership with Manluk and Merge Racing, a venture that will bring financial and technical support.

Rock River Yamaha is a large dealership in Wisconsin that serves been an important part of Yamaha’s racing efforts in the US, at both the amateur and professional levels. The team went through a series of major changes in 2019 when title sponsor Cycle Trader did not re-up their deal and longtime manager Christina Deeney left her position. The team supported Benny Bloss, Jamison DuClos, Carter Stephenson, Joey Crown, Richard Taylor, Chad Saultz, and Mason Gonzales at different points throughout 2020.

Manluk, a Canadian machining corporation that produces “turnkey manufacturing solutions” for heavy industries (mining and drilling) around the world, had sponsored a team in the Canadain series over the last few years and carried their program to the United States in 2020 with the K&R Racing team that had John Short, Chase Marquier, and Ryder Floyd.

Merge Racing, a performance shop based in Oklahoma, has been part of the pit area for years. Run by Jim Lewis, the company has helped a number of teams and riders with engine and suspension work, including last year with the K&R Racing team. Merge Racing will responsible for the technical work on the team bikes.

Right now Martin is the only rider confirmed to the Manluk/Rock River Yamaha/Merge Racing team, but it seems likely that others will be supported in some way. John Short recently mentioned that he is still waiting to hear from Manluk in an interview with Racer X, while Rock River Yamaha is expected to still have connections DuClos (he’s the son of the dealership owner) and Stephenson. 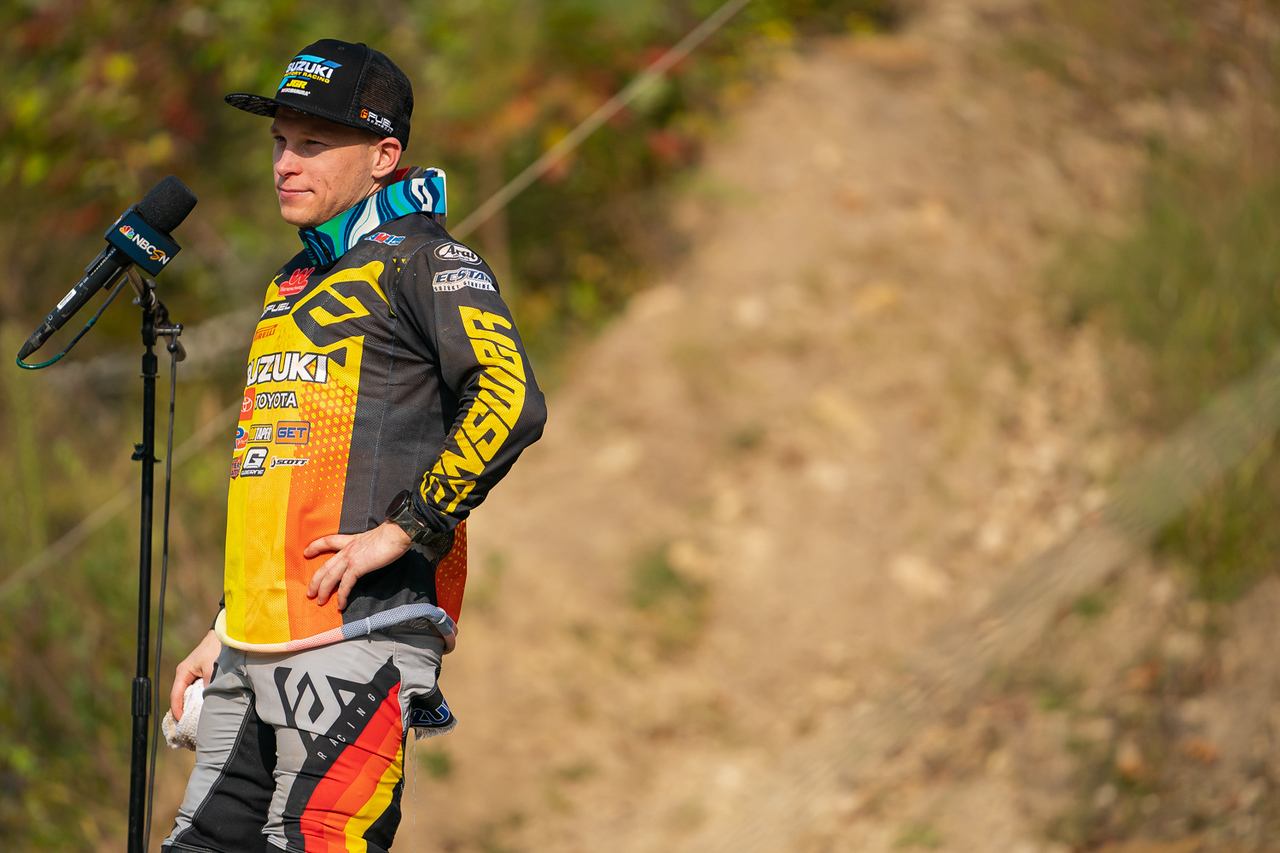 Three powerful companies all pulling together, the team will contest the Monster Energy Supercross and Outdoor MX Nationals in 2021. The team has signed Alex Martin, Alex’s drive and determination is second to none, the group will focus on providing him with everything possible to be successful.

A note from Alex Martin:
“I’m super excited to be working with my new team; Manluk/Rock River Yamaha/Merge Racing. I had some of the best years of my career with Yamaha. I’m looking forward to what the new team can do in 2021. Three great organizations and I’m grateful that we could organize this new team”

About Manluk:
Manluk Corporation a global supplier of turnkey manufacturing solutions. Manluk ships product to over 20 countries throughout North and South America, Europe, Asia, Australia, Middle East, and Africa, supporting industries such as on and off-shore drilling, wellhead, downhole tools and mining.
manluk.com

About Rock River Yamaha:
Rock River Yamaha is a 5 Star Platinum Yamaha and Specialized dealer with a global presence. From their home base in Johnson Creek, Wisconsin, they not only have a 30,000 square foot dealership selling everything Yamaha and Specialized E-bikes, but run the Amateur trackside support program, the National Amateur Elite Program, and a Professional Supercross/Motocross program for Yamaha. A staple in the industry for 2 decades, these programs get stronger and stronger every year. rockriverpowersports.motorcycles

About Merge Racing:
The members of Merge Racing Technologies have owned professional race teams, worked as Factory mechanics on winning teams in AMA SX/MX and FIM GP’s, and managed R&D programs for Factory teams. Merge was formed to design and build works parts for professional race teams, but we also make those parts available to you.
mergeracing.com