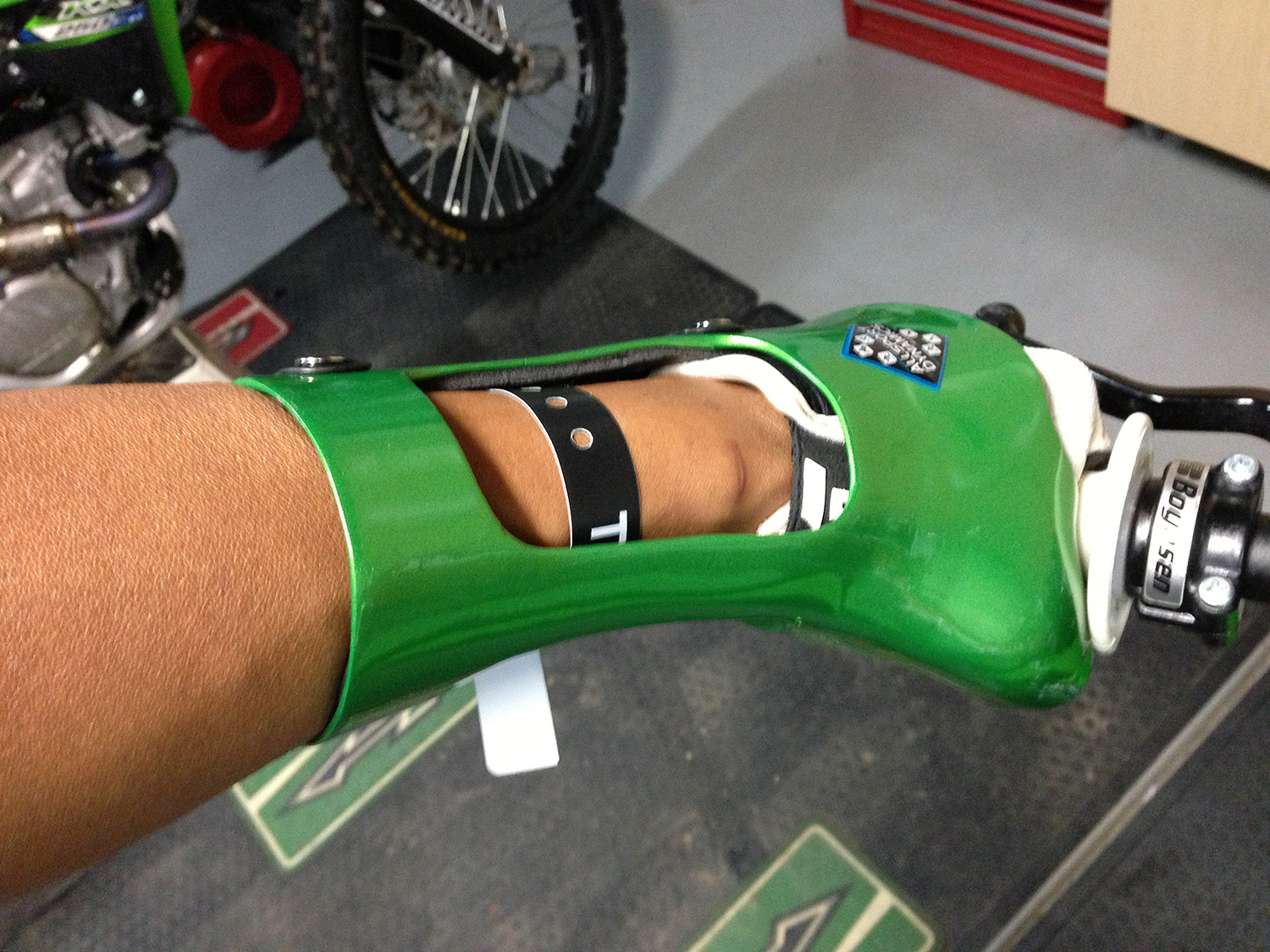 I’ve done a lot of dumb things in my lifetime, and this ranks right up there with the dumbest. Back in 2012, I high-sided violently at Starwest MX Park while riding ahead of my buddy Nick Wey. Obviously, I was trying to impress him with my vet-class speed and it backfired in a big way. Anyway, I broke the navicular bone in my left wrist for the second time and got a hip stinger that caused my hip to swell to Dommer-like proportions. In fact, I had to run to Sport Chalet and buy a pair of size XL Adidas basketball shorts to accommodate my swollen ass. As I was the first time I broke my navicular, I was told that I needed to fuse my wrist. And as I did the first time, I refused as it would make riding moto extremely challenging. (And yes, it healed just fine both times, though my range of motion is limited.)

Eight years ago I was a lot more obsessed with riding as many times per week as I could, and the thought of being off the bike for a few weeks while my wrist healed was unacceptable. As he has always been, AllSport Dynamics’ Jeff Brewer was quick to offer a helping hand. After my cast got wet and “fell off,” I knew that I needed to keep my wrist immobilized as best I could as it healed. Though an AllSport Dynamics wrist brace offers different extension stops to limit the range of motion, I needed something that would keep my wrist in place at all times. Essentially, I needed a cast that was molded to my handlebar grip. “We can do that!” said Jeff, and he sent me a do-it-yourself casting kit that he uses in his custom brace applications. After wetting the sock and rolling it over my hand and arm, I sat on my bike and gripped the handlebars until it hardened. My wife helped me cut it off with scissors, and we mailed the mold back to Jeff in Texas. A few days later, the brace you see in the photo above showed up.

And guess what? It worked! Though it was not the most comfortable to wear and I couldn’t ride at 100%, it allowed me to continue to ride and test and enjoy life! I wore it for about four weeks until my doctor gave me the green light to start riding again. And no, I never told him about my super-custom AllSport Dynamics wrist brace. Thanks again, Jeff! 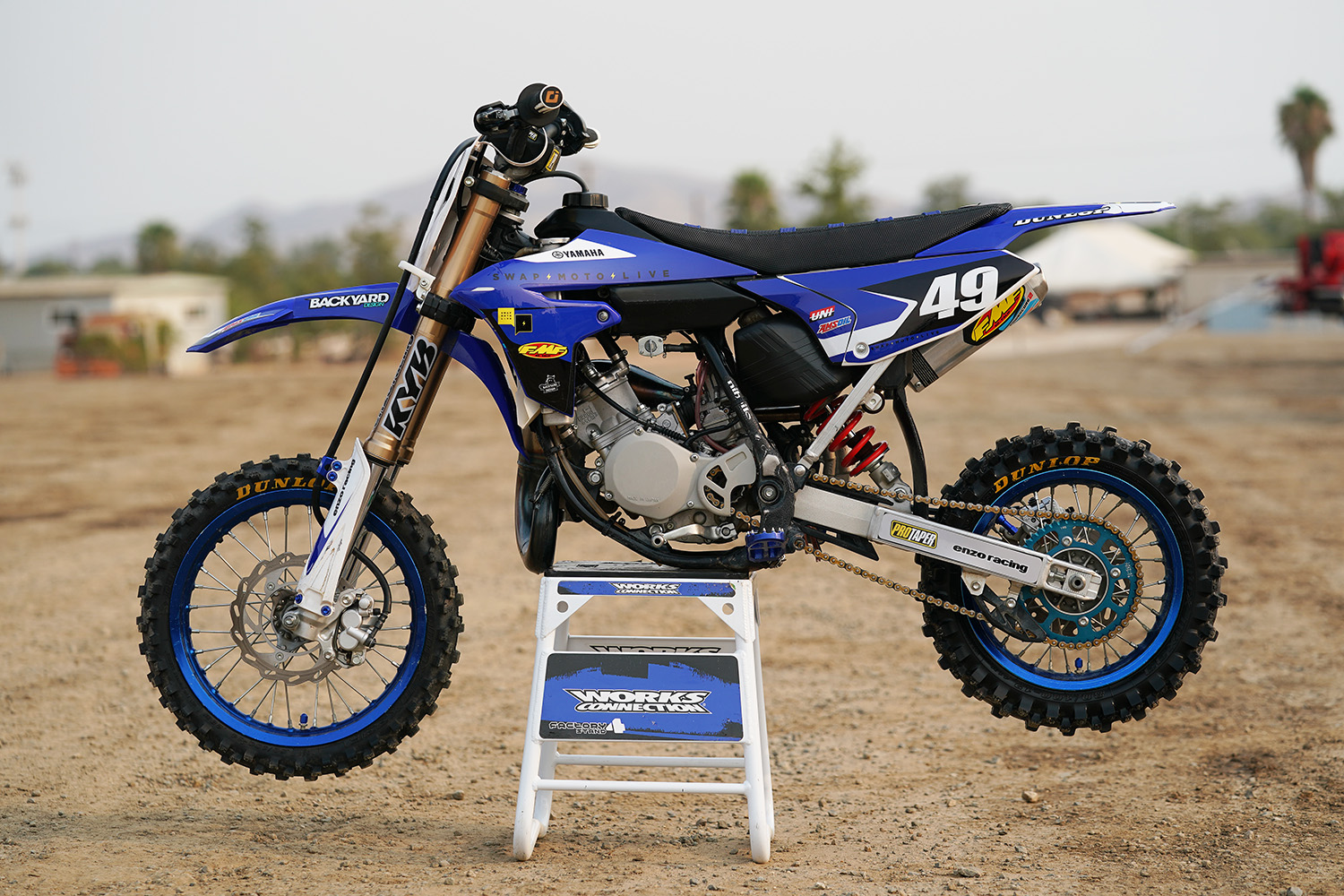 Our buddy Jake Rutland has been helping us test minis for a little over a year now, and we asked Jared at BYD to help us dial in his Yamaha YZ65 so that it looked like the rest of the SML staff bikes. We installed this kit on a clean bike at the track, with ease as BYD vinyl is always easy to install and the pieces are always cut to fit perfectly.

BYD has a Swapmoto Live kit designed for every brand of motocross bike, so if you want to support your favorite moto media outlet we invite you to do so! In fact, send us a photo of your bike to be featured here and we will send you a free SML t-shirt! swap@swapmotolive.com

backyarddesignusa.com is the best choice when it comes time to dial in your ride!