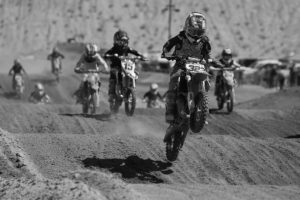 Round three of the AMSOIL West Coast Open race series is officially in the books, as racing went off this past weekend at Los Angeles County Raceway and man it was another warm one! However, the 100-degree temperatures didn’t seem to intimidate anyone, as nearly 600 racers joined us in the Palmdale, CA sandpit we call LACR. The track crew kept water on the ground throughout the day, keeping the two exciting and fast track layouts in their best possible form. As the dust settled, nearly 600 riders left LACR with smiles on their faces, as they were able to enjoy a day throwing down laps and doing battle. 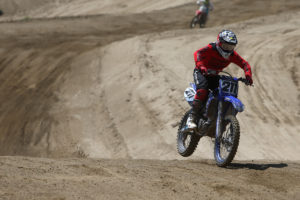 Yet again, as we’ve seen throughout the AMSOIL West Coast Open race series, the pro classes were stacked full of talent. Our friend Tevin Tapia took advantage of round three of the series at LACR and logged in a gate drop before the 2020 Lucas Oil Pro Motocross series kicks off. We’ve seen Tevin ride countless amounts of times over the years, whether it was at Supercross or just the local tracks, but he sure did look good at LACR. Despite going up against some fast dudes, Tevin Tapia managed to dominate the Pro 450F class and go 1-1 on the day. Way to go, Tevin! 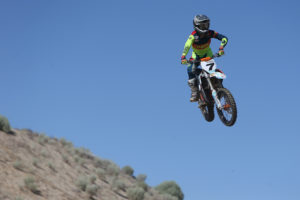 The youngsters were out at LACR! The Open 85-150F/Supermini class filled the gates at round three of the AMSOIL Swapmoto race series, as nearly twenty speedy youngsters lined up to do battle. Amongst the crowded class, Swapmoto race series regular Riley Ojeda seemed to have the race in his control. As he executed two perfect motos in the open supermini class and dominated his competition. Youngster Riley Ojeda left LACR with two moto wins and an overall class victory. 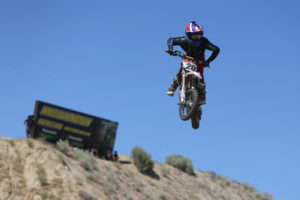 Though there were plenty of impressive rides at the third round of the West Coast Open race series, the most impressive ride of the day had to go to 10-year old Parker Shields. The youngster out of Murrieta, CA lined up for four motos under the beating Southern California sun and managed to turn heads each race. Parker raced his number-20 Husqvarna TC65 to four moto wins in both the 9-11 years 65cc and Open 65cc (No Beginners) classes. With two overall class victories and four moto wins, we’d say Parker had a pretty solid day at the races!