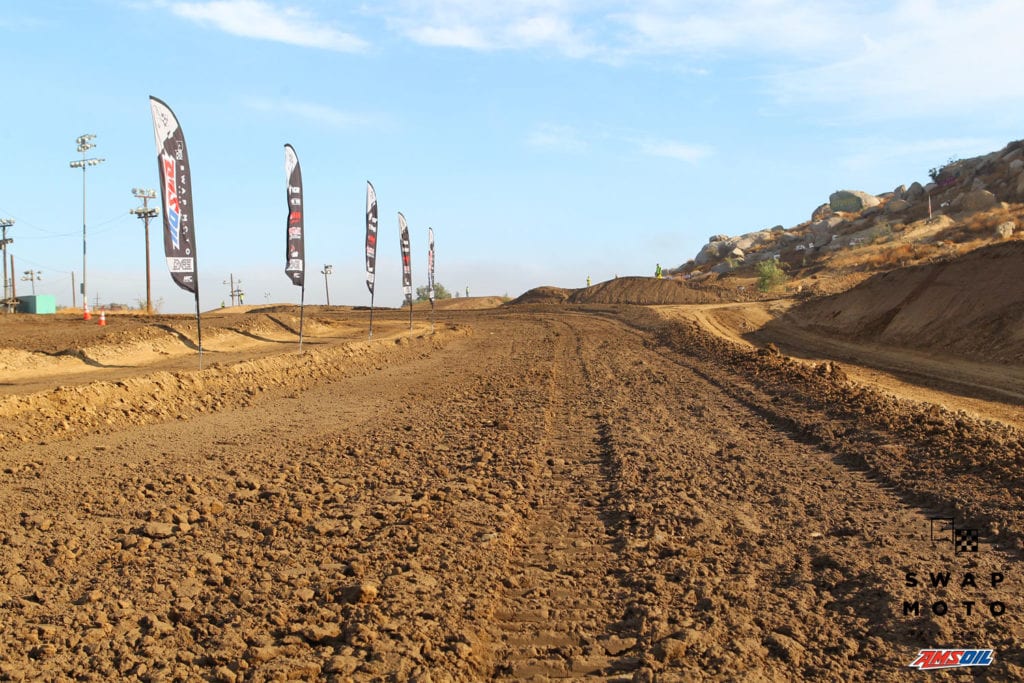 Perris Raceway hosted penultimate round of the Terra Firma series, the second round of back to back weekends of racing.   Perris is always known for the hard work they put in for their track prep, and on this day they had both tracks in the best shape possible for the day’s races.   Always a favorite stop in any of the SwapMoto series, Perris always delivers excellent racing throughout the day.

The series sponsors were out in full force, the Havoc team was out to support the racers with goggles and eyewear in the pits.   As has become common at every round, the Amsoil booth is always fully stocked with a full line of lubricants the racers could need.   ASV had a display of their levers and tools as they supported their racer in the pits. Ryder DiFrancesco came out to the fourth round of the series, entering 3 classes and making a strong showing in each of them.   He went 1-1 in both the Open 85-150F/Supermini and the 125cc Open classes.   In the Schoolboy class, he finished 2-2 behind Manuel Moreno in both motos to take second overall. The 30+ Pro class had a strong battle between Shane Blinksell and Mike Cundari as they traded moto wins in the class.   In the first moto, Blinksell got the early lead, but let Cundari early in the race.  While Blinksell dropped back to third and then moved to second, Cundari had the lead for the rest of the race to take the win.   When the gate dropped for the second moto, Cundari jumped to the early lead and held onto it for the first 3 laps, while Blinksell was back in third but moving up throughout the opening laps.  On lap 4, Blinksell took the lead and took the checkered flag at the end to go 2-1 for the overall win in the class.  Cundari was second overall with his 1-2 finishes. The 250F Beginner class had two different moto winners as Trent Gelgand put his Yamaha at the front of the pack at the finish line.  In the second moto he was able to stay toward the front, but was in second at the finish while Jadon Botticelli crossed the line first to take the moto win.   This gave Gelgand the overall with 1-2 finishes and the second step of the podium belonged to Botticelli as his second moto win got him to a podium position after a sixth place in the first moto.