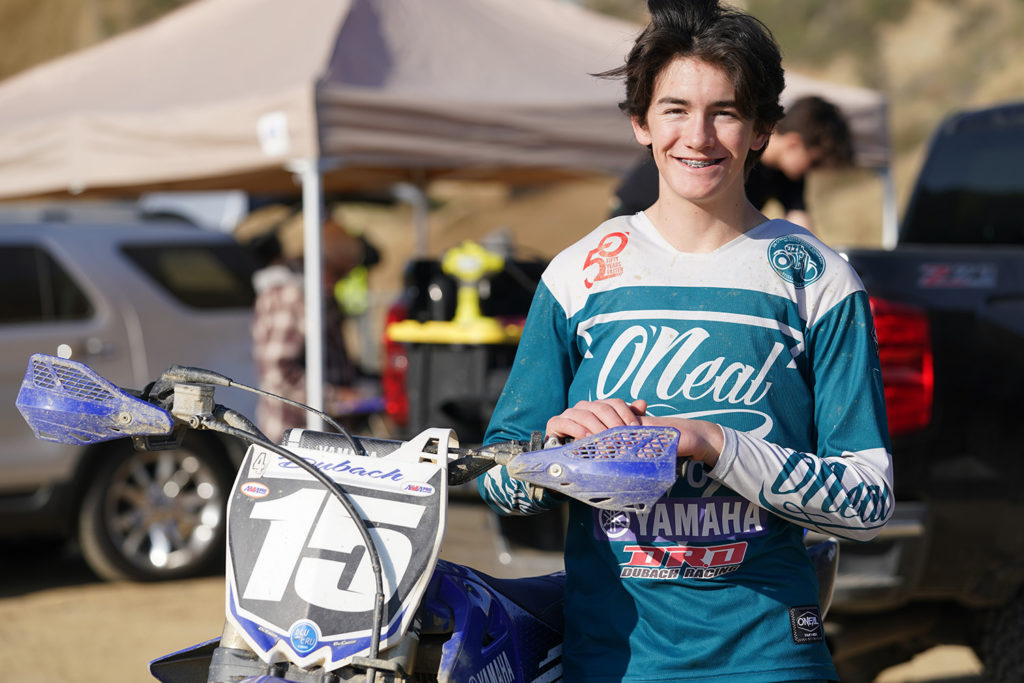 We have really enjoyed watching Carter Dubach grow up at the motocross track. Son of the legendary Doug Dubach, Carter has always had the best role model and advisor by his side growing up. Now racing the Schoolboy and Intermediate classes aboard a Yamaha YZ125, Carter has a great riding style and plenty of speed. We caught up with the second-generation rider at Glen Helen, where he was competing in the opening round of the AMSOIL El Dorado series.

How serious are you about racing these days? We know that when you were on minis it was just for fun…

It’s pretty much just for fun. (Laughs) I haven’t raced since August. I did two local races on the East Coast after Loretta Lynn’s, but this is my first race back since then. It’s not really too serious. Once I get on a 250F I guess I will see where I stack up in the class. If I am doing well, we might do some Nationals once I turn Pro, but once I start college it will be time to take it easy and back off a little bit.

So, college is in the plan?

You’re still racing a Yamaha YZ125 two-stroke. I think your dad told me you didn’t like the 250 four-stroke?

Yeah, I tried a 250F about three months ago. I liked it at Cahuilla Creek on a day that the track was smooth, but then I brought it to Glen Helen on a Thursday when it was really rough, and it was a lot to hang on to. I still prefer a 125 because you can hold it wide open everywhere and just have more fun. 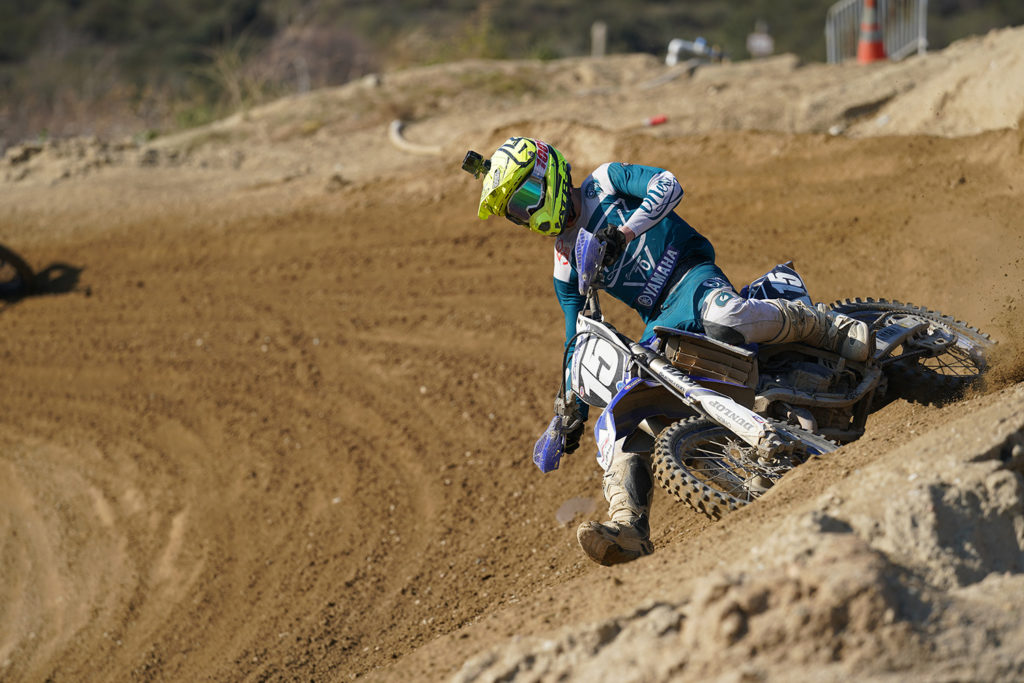 Ever since you moved off of minis you’ve been on what is essentially the same bike because the YZ125 doesn’t get updates.

(Laughs) Yeah, I have been on the same bike for three years but it’s good! I have learned the ins and outs of the bike and I am really comfortable on it!

How big a role does your dad play in your racing?

The biggest role! He is a huge part of my racing. Everything I have learned came from him. He does most of the bike work. He takes me to the races, preps my gate, handles the pit board. He does everything for me.

Can you beat him yet? 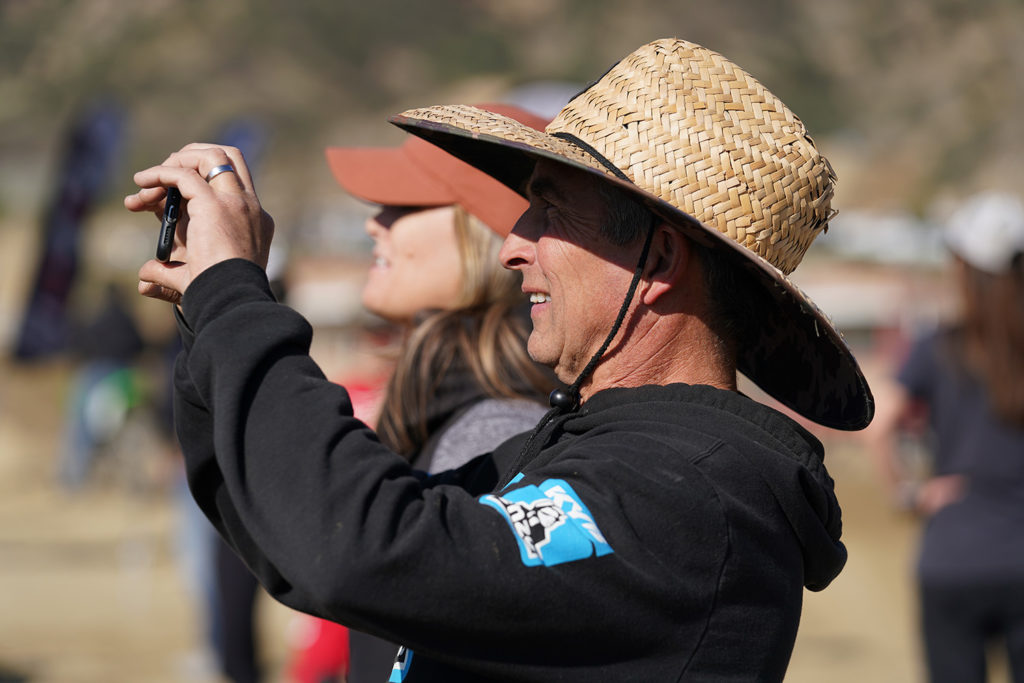 This has to be a really fun stage for both of you right now, being able to battle!

Yeah! I remember the first time I was quicker than him. It was at Milestone on a Wednesday when it was really rutted. He has two bad knees so he can’t really lean it into the ruts that well. I kind of felt bad, but it was a good feeling to go past him.

What has it been like to grow up in the position you are in with a dad who is a racing legend and a business owner within the industry?

It has been so helpful. I have always had the best equipment and I have always been able to go to the track. And he knows so many great trail riding spots. I have the biggest advantage over someone who has to start from scratch and I am really grateful. 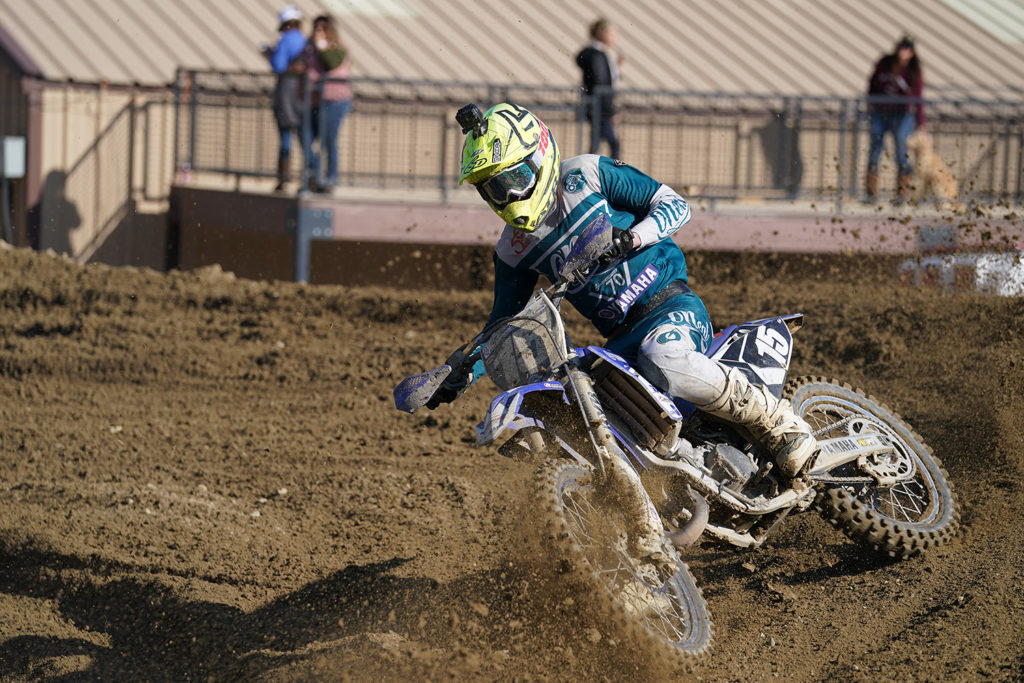 (Laughs) I guess I just realize that he knows way more than I do and he has so many years of experience.

Your family is always taking in riders from Japan who want to come learn from your dad. What is it like to have them in your house so often?

It’s all different. Some of the guys are really quiet but some are crazy! It is nice to always have riding buddies and I enjoy learning their culture. They always bring some great food and I love Japanese food, so that is cool. It’s nice to always have someone to ride with and teach things to about America and speaking English.

Do you know much Japanese?

Not much. All the bad stuff. (Laughs) I definitely know less than I should with as many Japanese guys that stay with me.

What’s been the strangest Japanese cultural thing that you have encountered?

Mostly just really weird snack foods, like old dried up fish that doesn’t look edible. They just start chewing on it like it is candy! (Laughs) And then they do this thing, where they sneak up on you and clasp their hands together like a gun and poke you in the butthole with it. 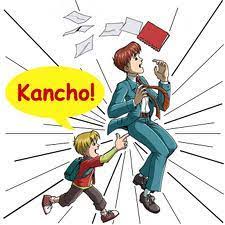 Yes, that was surprising when that happened the first time. (Laughs)

What’s the ultimate goal with riding and racing?

Like I said, if I am doing okay when I turn pro, maybe we will do one summer of the Nationals, but after that it will be riding just for fun. 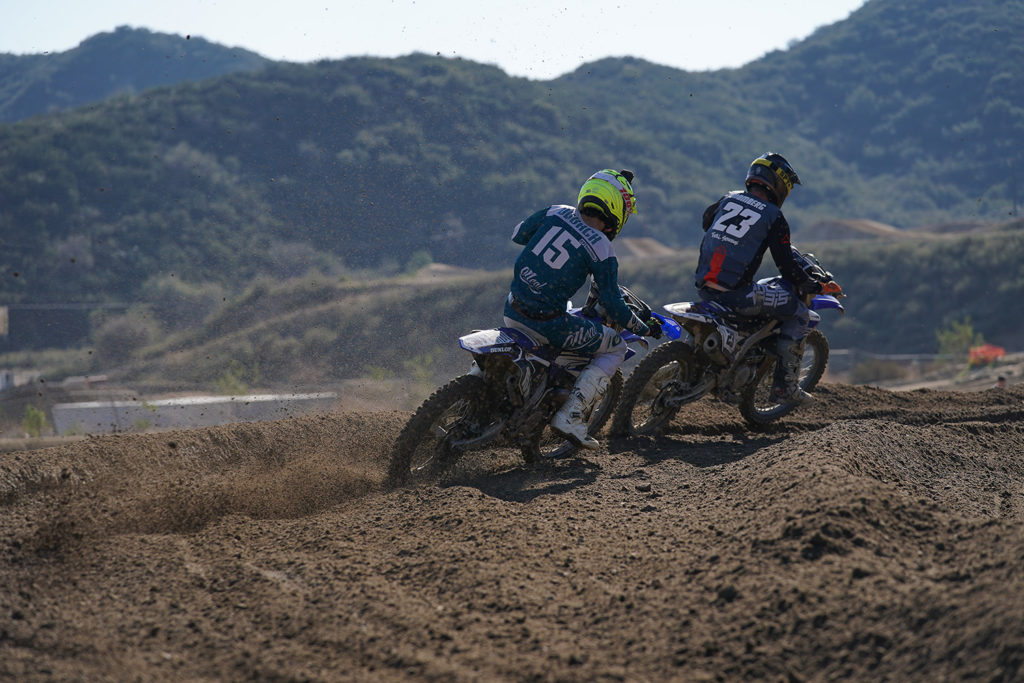