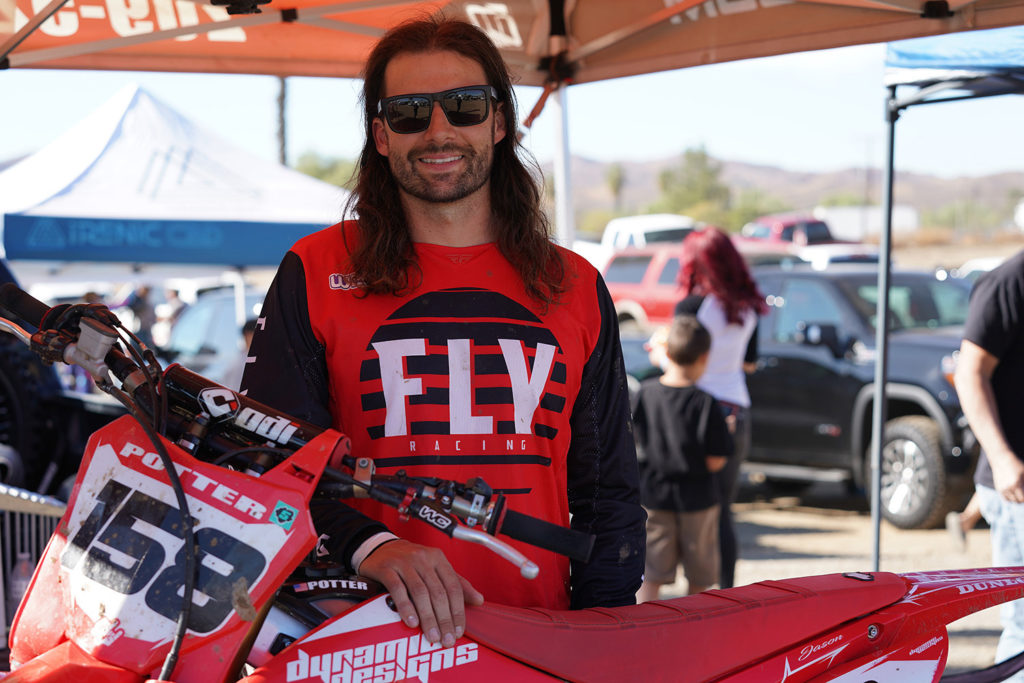 Jason Potter is one of the fastest vet-class racers we’ve hosted at the Swapmoto Race Series, but the racer from the Pacific Northwest has been spending his time working on the other side of the handlebars recently, spinning wrenches for an aspiring A-class racer. We were stoked to see him return to the starting gate at Perris Raceway for round four of the AMSOIL Fall Classic.

We were surprised that you didn’t show up for the last TransAm Vet Classic, especially since you’re one of the fastest Vet Pros around…

This is my first race of the entire year. I’ve had a couple of bad injuries this year, so I finally just am getting back on a bike. 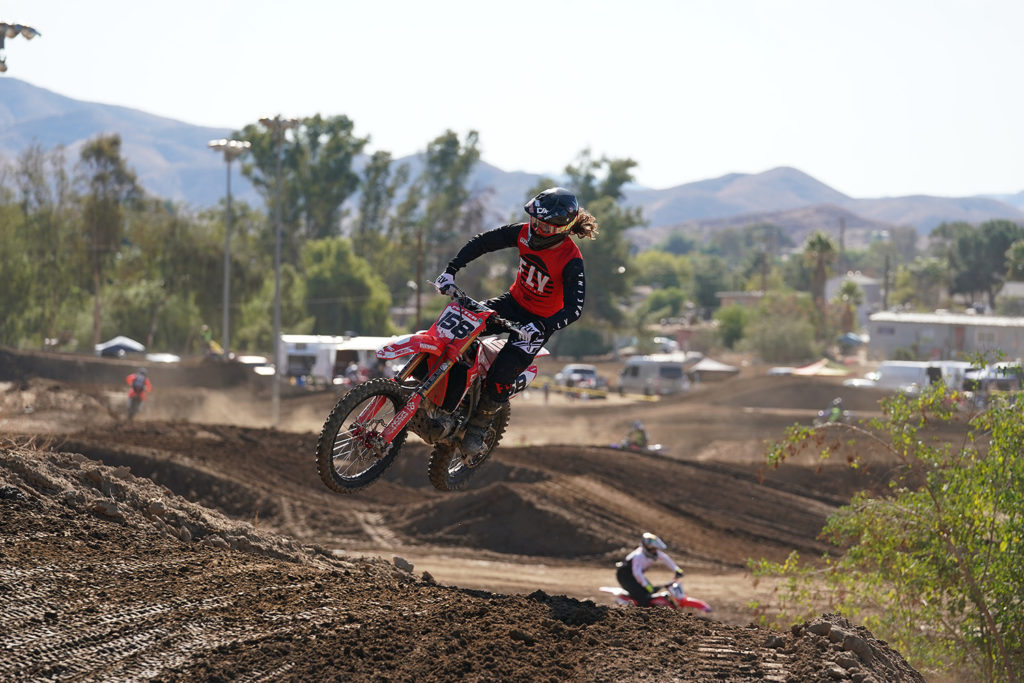 So you’re 32 years old and you haul ass, did you have a national pro career to speak of?

Yeah, I raced outdoors and Supercross. Scored points in both and got hurt a lot so my parents were kind of over it. They told me, “one more injury and you’re done,” and then I got injured again and thought, “Well, that’s it! I guess it’s time to go get a job.”

What do you do to support your moto habit?

I wrench for an amateur kid who is riding A class. He is gonna be doing outdoors and Supercross this year.

Are you faster than your rider? 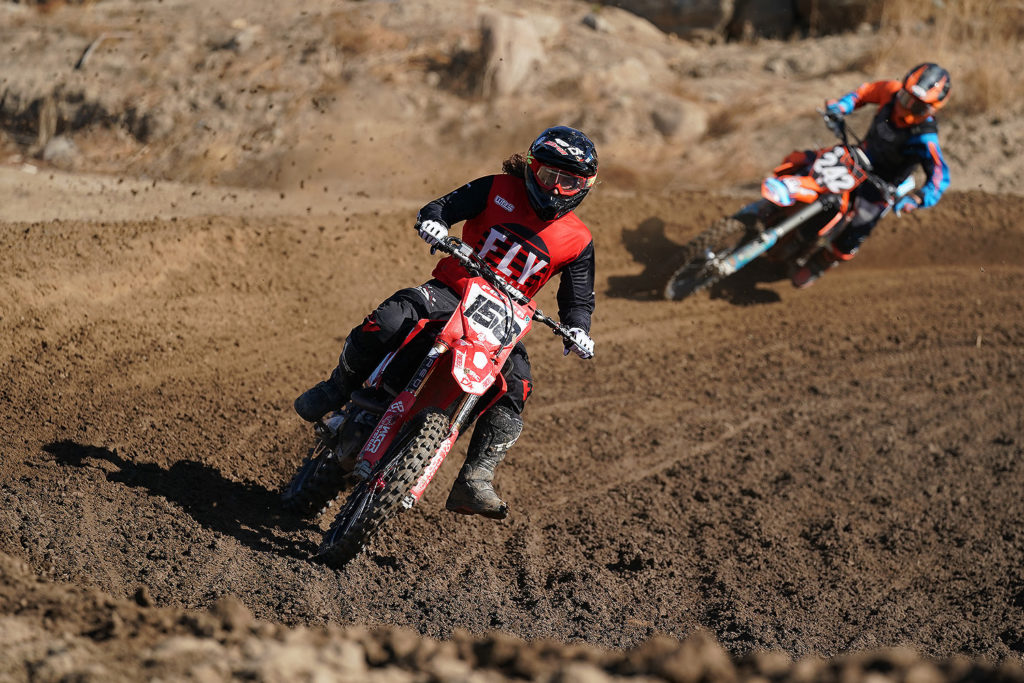 Basically, through your life, what has motocross meant to you? An outlet? A hobby?

It’s pretty much a part of life. I’m at a track every day working and then on the weekends I come to the track and ride. I’m just lucky to be able to have a job that’s in the industry and be around what I love. I wouldn’t trade it for anything.

You talked about injuries a little bit. You know how there are some riders who get injured all the time and then there are guys like Ryan Dungey who only got injured once and then quit. Why do you think it is like that? Some guys are just prone to get hurt.

I don’t know. Just trying to send it I guess. Trying to be a hero sometimes and it doesn’t work out. Dungey just played it safe the whole time and it worked out, he had a good career.

You’ve been to the Swapmoto Race Series quite a bit. Are you a fan of our program?

I love it. I love how you guys do the separate tracks. Like today I’m moto five and I will probably be out of here by 1:30 pm. It’s not like it’s a long all-day thing. It’s nice, relaxed, and fun. I like it.

Your rider who is an A-class guy, are you going to hit all the Nationals this year?

We did that last year. This year he just has got to get a couple more points for his Supercross license. So the remaining West Coast round and then all of outdoors.

What is it like being in a National and not racing yourself?

It’s not too bad, I was actually going to do some last year, but I got injured way too much. I can give him pointers and tell him “hey for practice or qualifying you need to do this.” He did the last three rounds and kind of struggled, so I am hoping this year will go a little better.

When it comes to your mechanical skills; are they gained from experience working on your own stuff or did you do the whole MMI thing?

Just growing up, we didn’t have the money from our own mechanic, but we knew a lot of people who were mechanics for good factory guys. So they would teach me a lot and having to do all of my own stuff just works out over the long run. 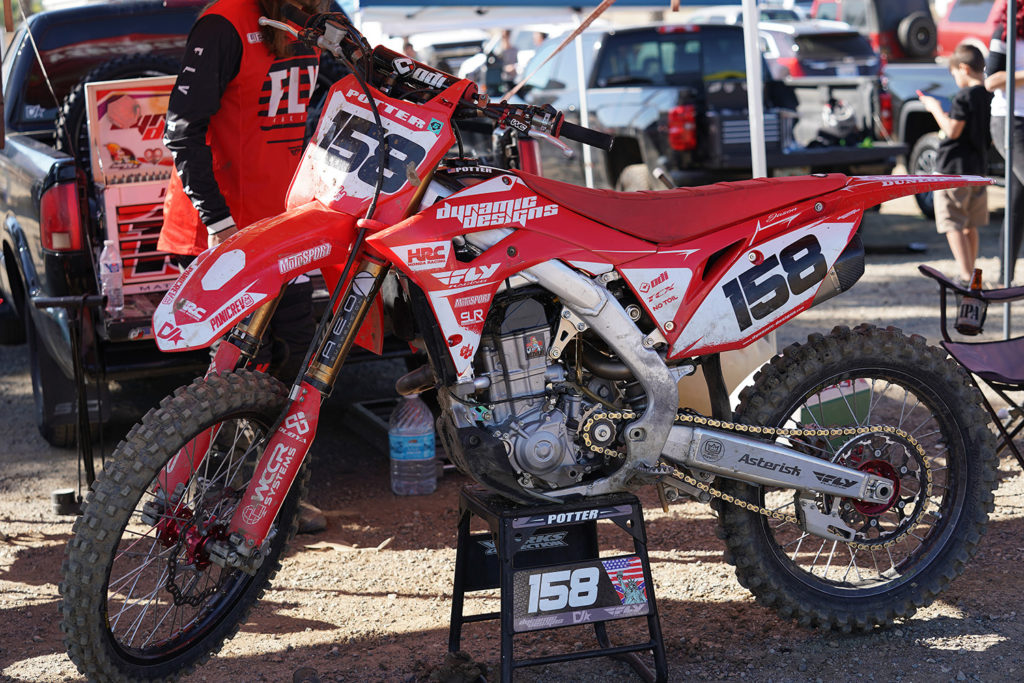 Tell me about your bike, why do you chose a Honda CRF450R?

I’ve been on a Honda since 2006. I’ve just been a Honda guy and I know Lars and Gothic J when he was at Honda. They helped me out a little bit and that is helpful, but I just like how the Honda feels. The new one is a little bit of a struggle, but we are getting it dialed. The ’16, I loved my ’16, that thing was fantastic.

Megan Maeda is a junior at California State University, Long Beach. She has been the Swapmoto Race Series onside reporter for four years now and is the editor of our weekly newsletter.

Debbi Tamietti making is look fast. If you raced t

Just a couple of the grins had at this weekends Tr

The final and possibly most exciting race of the d

Our announcer for the SwapMoto Race Series getting

Inside or outside? What’s your line? #transam

These awesome custom trophies by @nihiloconcepts a

Good morning! Day 2 of the Tran Am Vet Classic st