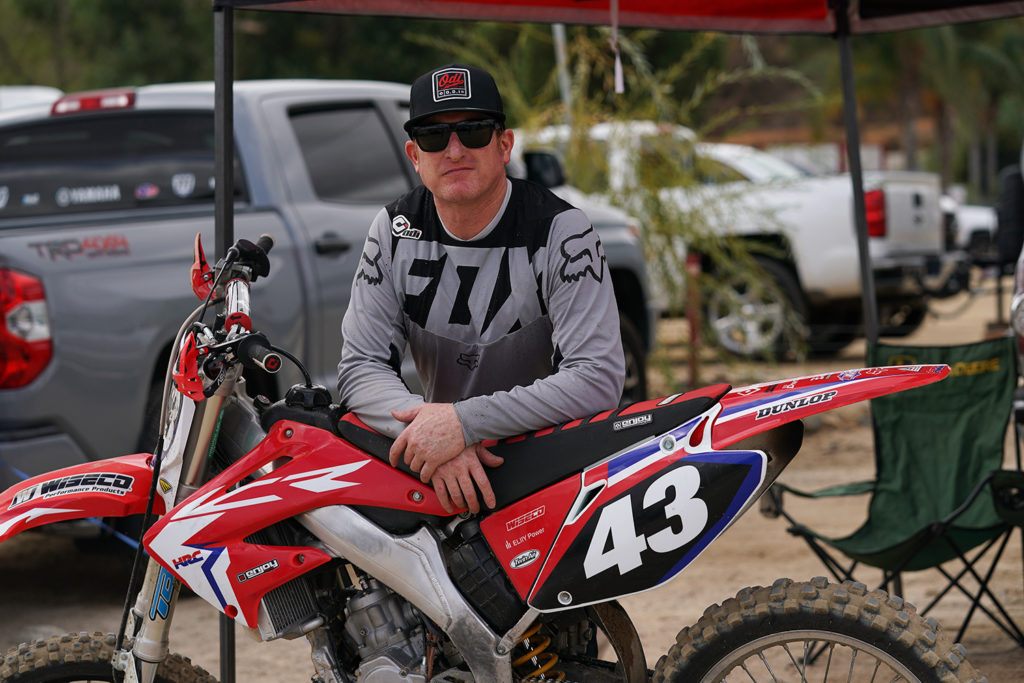 Johnny, ODI Grips has had some exciting new products debut this year, and there are still some cool things in the pipeline, aren’t there?

Yeah, the Emig V2 Pro Lock-On Grip took us almost two years to get into production, but we finally released it in February. We have some new colors coming out, and we’ve done another couple of collabs with that grip that you’ll see very soon. We have some KTM colors, some alternate colors for other bikes coming out in the next couple of weeks and then we just released news about the RC4 signature Ricky Carmichael handlebar. We did that in both on our CFT and our Flight bars so we will be launching those to the public actually in the next week or so. Ricky Carmichael came on as a brand ambassador to help us get the name out there on the handlebars a little bit and stand behind them. He is obviously a very viable person in our industry with the announcement of Supercross and Ricky Carmichael University and the GOAT Farm that brings up amateur riders and so forth. Having him on our team helps out quite a bit on the handlebar side.

I will go on record saying that the Emig V2 is my favorite grip I’ve ever had, the blackout is super sick. The RC bars are cool because it’s a different take on the standard RC bar everyone else has made. That’s a newer, flatter, straighter bend bar that he says helps you get in the attack position better. Might that be what you’re running today? 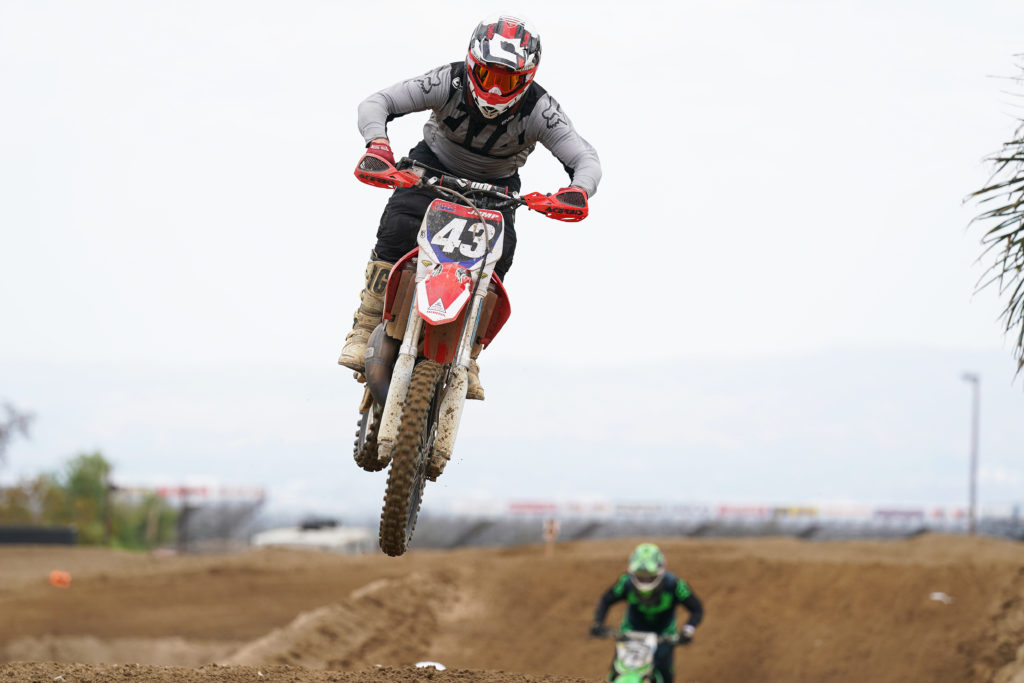 You are on a Honda CR125R. Why do you choose such a weapon?

Originally, this bike was purchased as a project bike between my son and I. I got out of riding for a few years ago due to injuries and I wanted to get my son into riding moto, so I picked this bike. It was a Craig’s List find and we got it relatively cheap, went through the suspension, the motor, tuned up the plastics, made it look cool, and now it runs like a champ. It’s supposed to be his, but he is still learning and a 125 has got a little bit of pipe for him, so I’ve hopped on it and ridden it and it is so damn fun. It is so damn fun! I don’t go very fast on it, but you don’t get arm pump and you can ring it out and feel like you’re flying, so that is half the battle right there.

The thing that is sweet about motocross is that it is a perception sport, it’s in how you feel, right? So 125 makes you feel like a hero.

Sometimes I feel like I’m gonna blow it up because I have it so high on the pipe, but as long as I can keep it pointed in the right direction and make the turns, then it’s all good and I’m having fun. 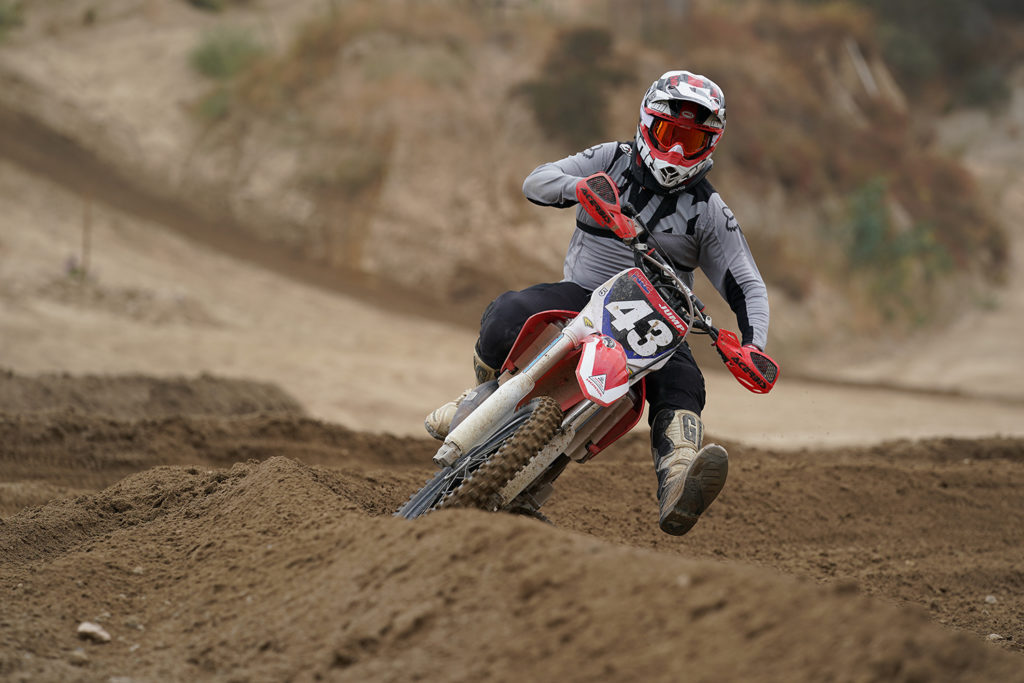 Is this your first race with the AMSOIL Swapmoto Live Series?

This is my first AMSOIL Swapmoto Race. Even as the presenting sponsor of the old TWMX Race Series, I never raced one of them. I came out to a few of them to watch, but yes, this is the first one I’m actually throwing a leg over the bike and trying to play.

How long has it been since you’ve raced moto?

It’s been over probably nine years since I’ve raced motocross. I raced an SRA Grand Prix out here last month and that was my first time competing in about eight years.

So you got the bug again?

I do have the bug again. It’s hard not to. 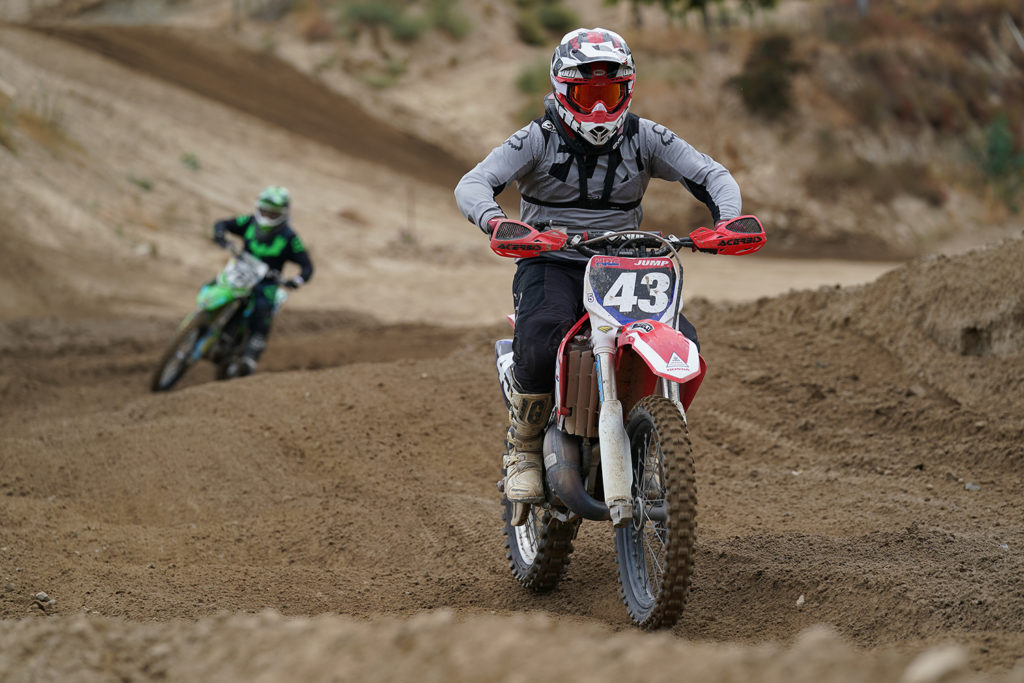 We all work in the motocross industry because we love the sport, so why not participate in it too, right?

Yeah, but when you have a family and kids and you’ve got kids going in different directions on the weekends and you’re working business events every other weekend, it makes it very difficult to take time out for yourself. So, I ride mountain bikes a lot and my kid got me into racing BMX, so I can go out and do jumps and try not to kill myself. I still ride two wheels at least four or five times a month, I just haven’t been on a motorized two-wheel vehicle that much.

Well, it’s nice to have you out here!

Yeah, thanks for having us. 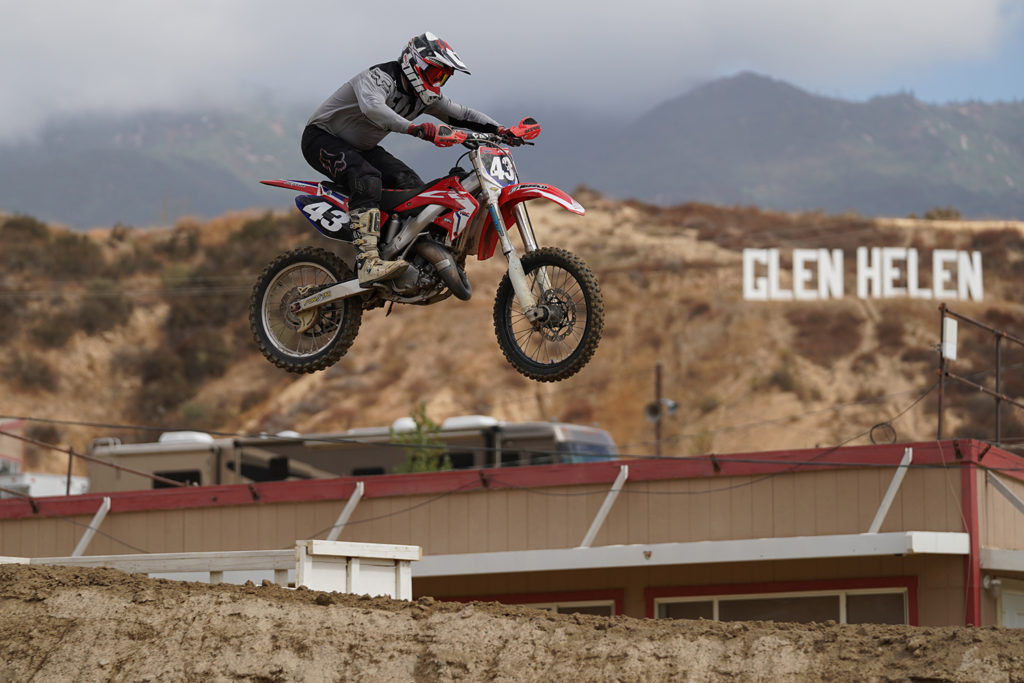 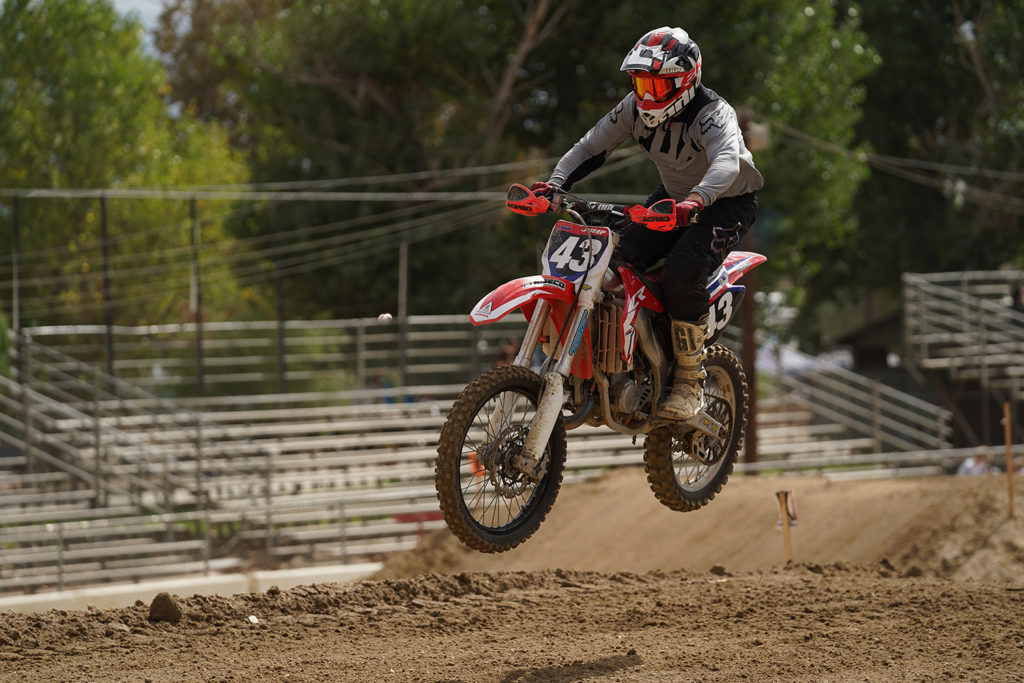 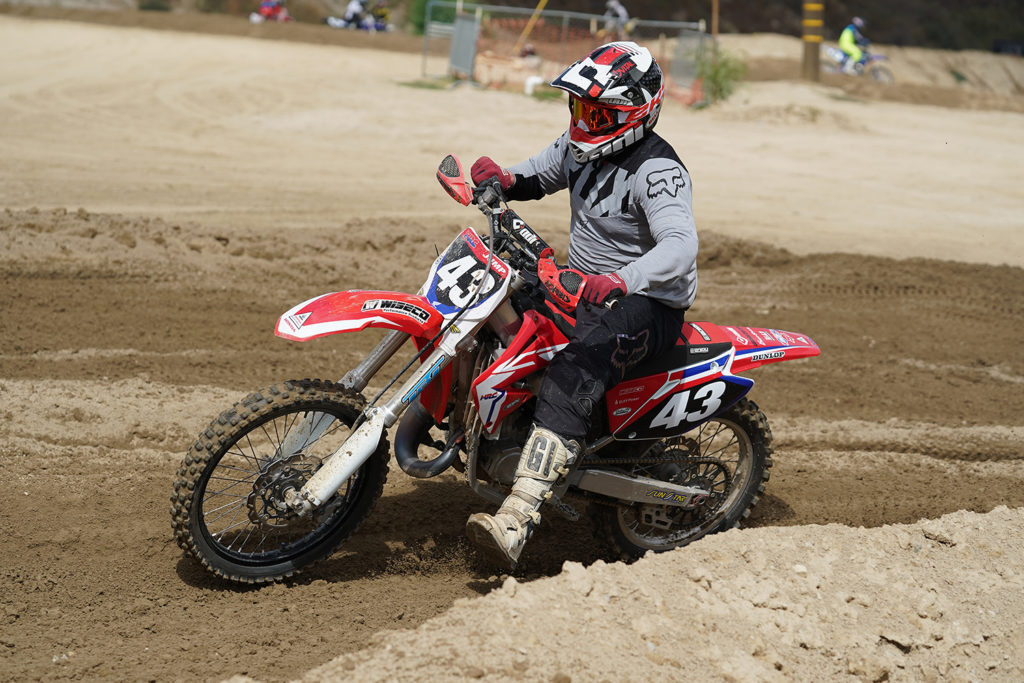 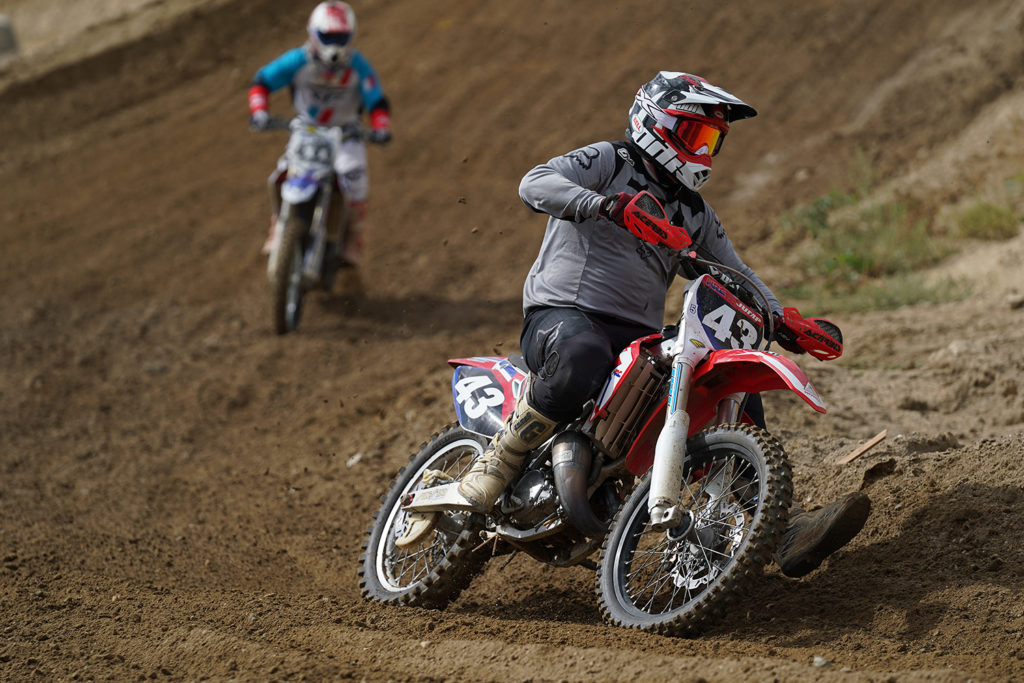