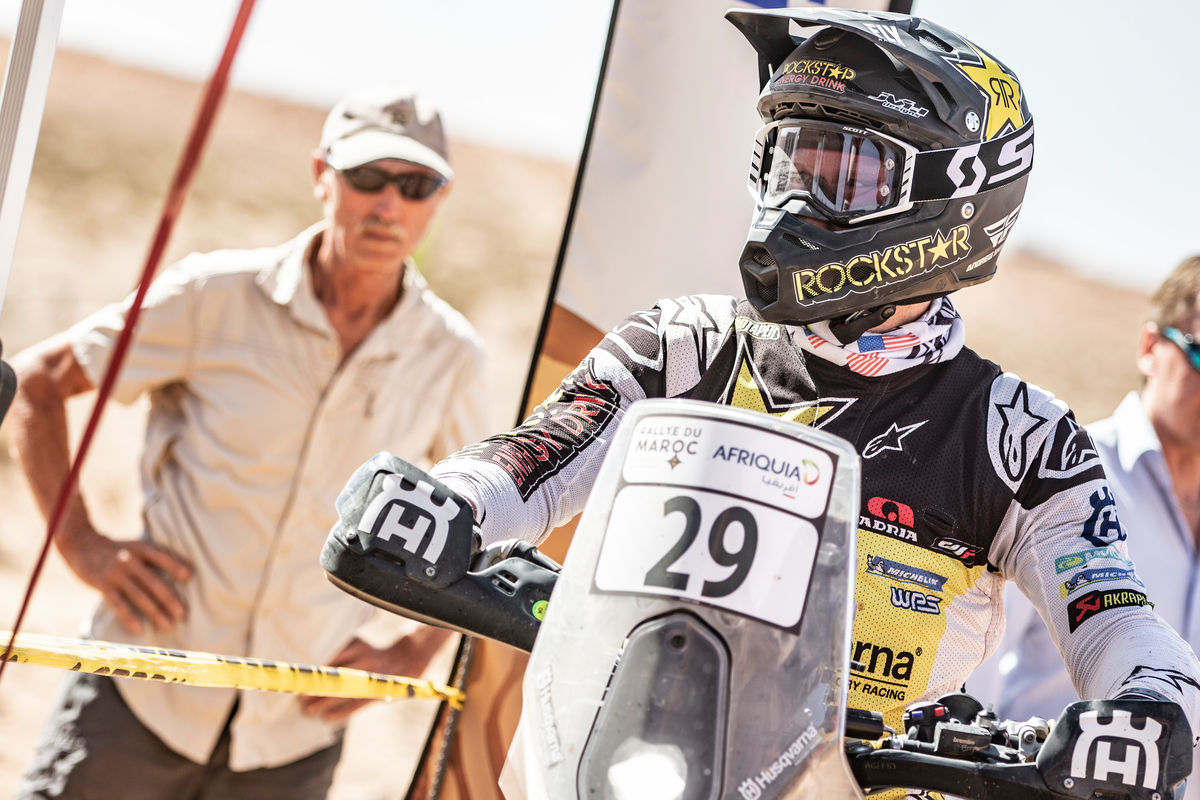 Now for something a bit different than our normal beat: Andrew Short has claimed the overall win at the 2019 Rally Du Maroc, the first of his off-road racing career. This is a tremendous feat for the former motocross racer, as 2019 is just his second season of competition in the long-distance rally discipline with the Rockstar Energy Husqvarna Factory Racing team. The Rally Du Maroc was a five-day stage race through the varied terrain of Morocco, which included massive sand dunes and rocky mountain roads, and Short bested teammate Pablo Quintanilla by just over a one-minute margin. Ricky Brabec, another American in the series, finished fifth overall.

The Rally Du Maroc marked the end of the 2019 FIM Cross-Country Rallies World Championship, and the title was won by Sam Sunderland.

Short’s transition to off-road and rally racing occurred shortly after his retirement from motocross racing in 2016. He spent the 2017 season as an ambassador and test rider for Honda, then signed a surprise deal with Husqvarna that will see him stay aboard the white bikes through 2020. Since Husqvarna and the rally racing industry is based largely in Europe, Short has spent a good part of the last two years testing with the team around the world to develop the Husqvarna FR 450 Rally and learn the necessary skills (roadbook navigation, repairs, the culture of the countries).

The next event on the calendar is the biggest of them all, the 2020 Dakar Rally, which will take place solely in Saudi Arabia. This will be the first time that the race is held in the Middle East, the third region it has been run in (threats of terrorist attacks forced promoters to move the event from its traditional route through Europe and Africa, to South America in 2009).

With a new style road book that riders often only received minutes before the start of each stage, the Rally du Maroc once again lived up to its reputation as one of the toughest events on the cross-country rallies calendar. Adapting superbly to the new regulations, Andrew Short made the most of his ever-improving skill and experience to put in a consistent ride that ultimately took him and his Husqvarna FR 450 Rally to the event win.

Following a strong showing in the race Prologue, Short made the best use of his strengths on the mixed terrain of the Moroccan desert stages, pushing hard when comfortable while maintaining a solid pace on the more technical sections. With navigation proving key to a strong result on all of the stages, Andrew rode intelligently to minimise any errors and successfully complete each stage in good time.

Leading the overall standings going into the final day of racing, Short knew he would still have to attack the 168-kilometre timed special to defend his position from the riders behind. A crash early on in the stage couldn’t slow the American’s progress and despite the added pressure of being one of the first riders on track the Husqvarna FR 450 Rally mounted rider put in another excellent ride to complete the stage in fifth. Coming into the rally with the goal of securing second place in the overall 2019 championship standings, Short not only accomplished that but claimed his first world championship victory and confirmed his place amongst the sport’s very best riders.

Second overall to Short coming into the final day, Pablo Quintanilla was only 28 seconds behind his teammate as they took to the long 456-kilometre stage. Pushing hard and trying his best to make up the small gap, the Chilean star couldn’t quite match the pace of his hard-charging teammate. Ultimately posting the sixth-fastest time on the gruelling stage, less than one-minute behind Andrew, Quintanilla claimed second place in the overall event standings and secured Rockstar Energy Husqvarna their first ever one-two cross-country rallies result.

Despite spending the majority of the 2019 season recovering from the injury he sustained at the 2019 Dakar Rally, Quintanilla immediately demonstrated his incredible pace on his return to competition by winning round three of the series – the Atacama Rally in Chile. Backing up that performance with second place in Morocco just one month later, the two-time Rallies World Champion has shown he is now back at his best and will undoubtedly be aiming to take his Husqvarna FR 450 Rally to his first ever Dakar win next January.

The next competitive event for the Rockstar Energy Husqvarna Factory Racing team will be the 2020 Dakar Rally, to be held for the first time in Saudi Arabia.

Andrew Short: “I can’t believe it – it doesn’t seem real right now. My main goal coming to Morocco was to finish second in the championship, but to take the win feels unreal. I was second at the Silk Way, which was huge for me but there were a few of the top riders missing. Now all the guys are here at this event getting ready for Dakar and to take the win with such stiff competition is amazing. I couldn’t have done it without the support of the team and the opportunity they have given me over the last couple of years.”

Pablo Quintanilla: “The race was really good for me. I hurt my leg right at the beginning, which slowed my pace a little but after getting used to the new style of road book I found I was able to put in some good times. In the end I finished second, which I am really pleased about as it’s only my second race of the year. It shows the work we have been doing with the team and also preparation with the bike is really paying off. I’m also really happy for Andrew for getting his first win and finishing second in the championship. He has been working so hard to achieve his goal and it’s nice to see a teammate and a friend succeed like this. I’m really motivated for the future now and would just like to thank the whole Rockstar Energy Husqvarna team for all their support. We have two months to go till Dakar and I think we are really strong as a team and I’m looking forward to it – it’s a really important race for all of us.” 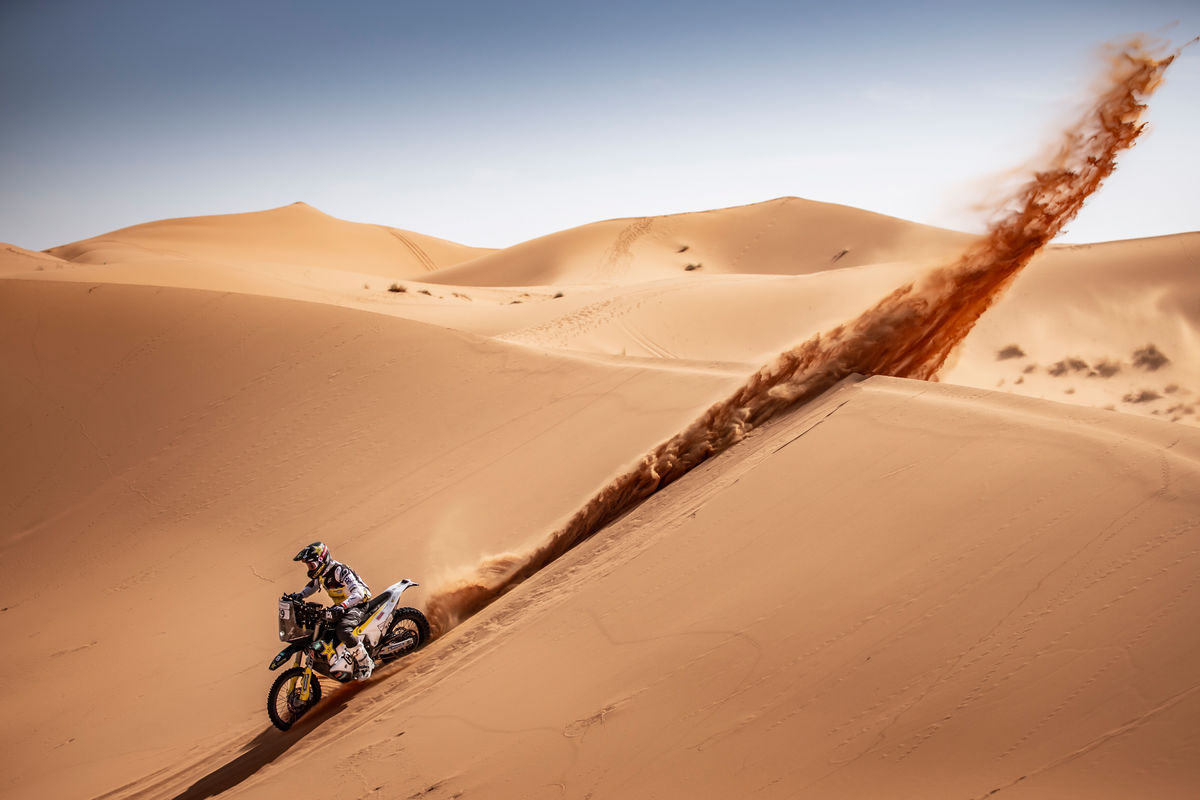 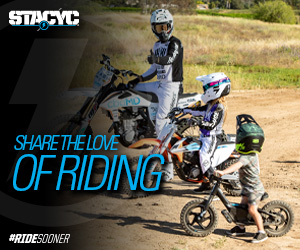