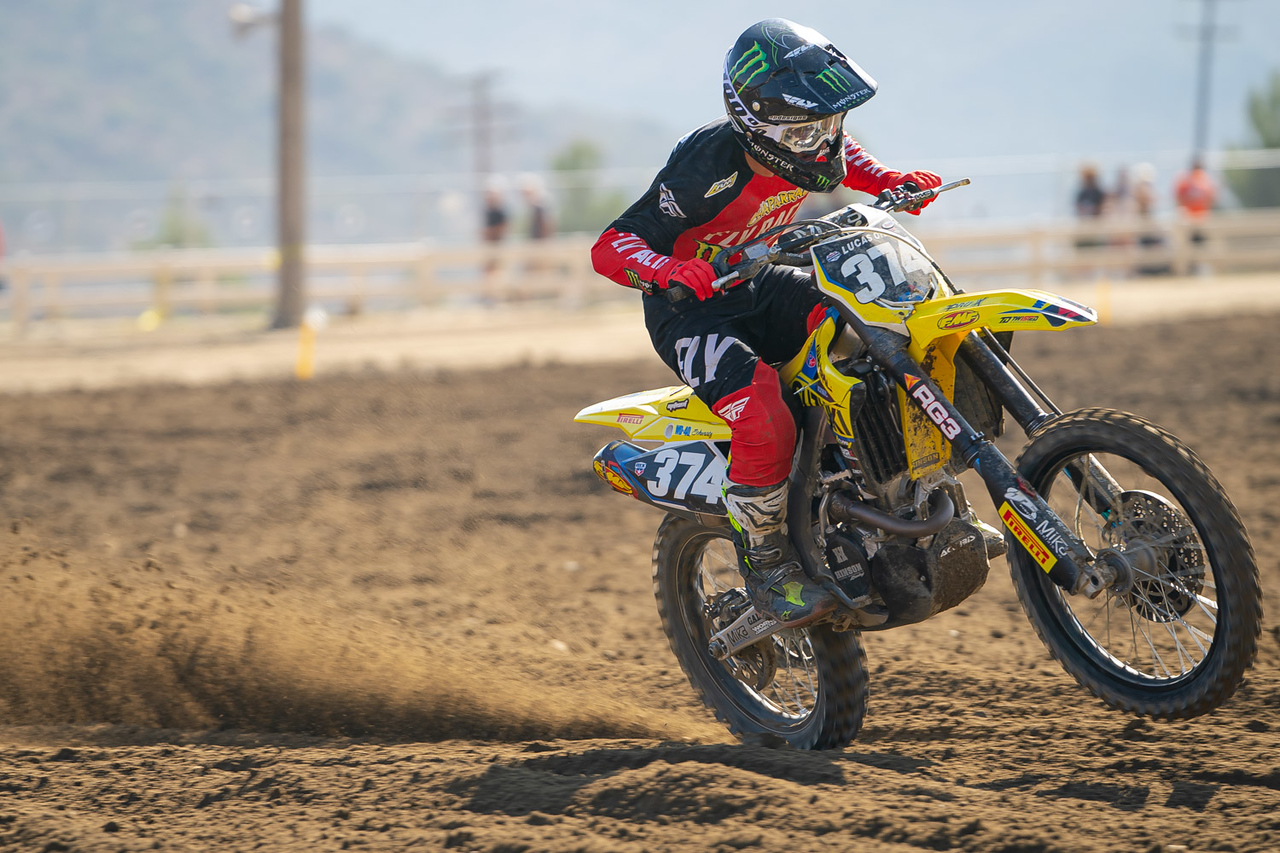 The shutdown of the JGRMX has led to an increase in Suzuki support elsewhere in the pit area. On Wednesday evening, the OEM announced that BAR X/Chaparral/ECSTAR Suzuki will be their premier 250 Class team in the 2021 Monster Energy Supercross Series. They will field riders on both divisions, as John Short and Sean Cantrell will contest the East Coast while Dilan Schwartz and Derek Drake take on the West Coast.

BAR X has been part of Suzuki’s amateur efforts for years but has dipped a toe in professional racing over the last few seasons. Schwartz raced with the team as an amateur in 2020, which included moto wins and top-five finishes at the AMA Amateur Nationals, and lined up for a handful of Nationals later in the summer as a transition to the pro ranks. Assigning Schwartz to the West Coast region will give him additional time to get used to SX ahead of his rookie season.

Derek Drake joined the BAR X team shortly after departing from TLD KTM and was a common sight at the Southern California test tracks early in the offseason. Unfortunately, a compound femur fracture late last year will delay his debut with the Suzuki team until later in the season. It’s unclear how much longer Drake will be off the bike, as the West Coast region’s first race is in late February.

Schwartz and Drake’s roles on the team had been known for some time, but the addition of Cantrell and Short came as somewhat of a surprise.
Cantrell’s background is similar to Drake: a longtime prospect of the TLD KTM team, the young racer turned pro, was plagued by wrist injuries, and was not re-signed to the factory team in 2019. He did not race in 2020 but stayed active and rode around California on a Yamaha. This new deal with the Suzuki team is somewhat of a second chance at a pro career, and he will be on the line at the opening round in Houston.

John Short’s inclusion might be the biggest surprise of the entire announcement. Solid finishes indoors and outdoors have shown that Short has plenty of potential, but all of those results came as a privateer or with very small teams. Now aboard factory-level equipment and a solid support system, it will be interesting to see what Short can do in the East Coast region.

The team maintains California dealer-retailer Chaparral as title sponsor and has added Suzuki’s ECSTAR oil brand to the marquee. 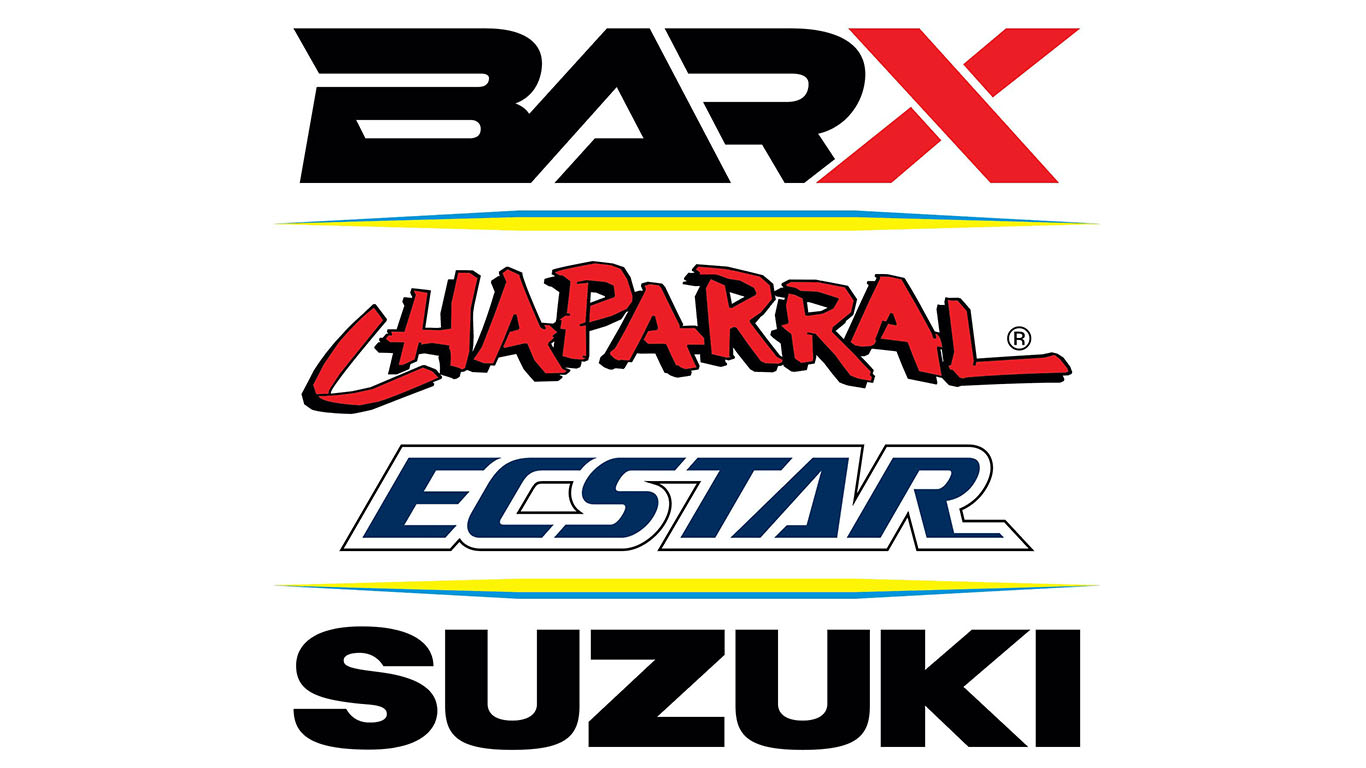 BAR X/Chaparral/ECSTAR Suzuki is excited to announce its four-rider 250 class team for the 2021 Monster Energy Supercross series. All four riders will compete on the 2021 Suzuki RM-Z250 and benefit from the exceptional support of Suzuki’s RM Army support program

The BAR X/Chaparral/ECSTAR Suzuki team becomes the premier Suzuki 250 Supercross team after demonstrating excellent performance in the amateur ranks over the past several years. Team Manager Larry Brooks will field an impressive group of young Suzuki riders as they challenge for podiums and race wins throughout the 2021 Supercross season.

“BAR X and Suzuki have worked hard the last few years building our program with top amateur athletes, and competing in select pro events,” said Larry Brooks Team Manager of the BAR X/Suzuki Team.  “We feel we are in a great place to take the next step and become the primary 250 class program for Suzuki. We are dedicated to competing with the best and making sure the RM-Z250 is up front when the gate drops for the 2021 Race Season.”

“We are thrilled to partner with the BAR X/Chaparral/ECSTAR program as our Suzuki Supercross 250 class racing team for 2021,” said Chris Wheeler, Suzuki’s Racing Manager. “BAR X’s solid experience and growth in the 250 class make them a solid and exciting partner for our 2021 racing efforts,” added Wheeler.