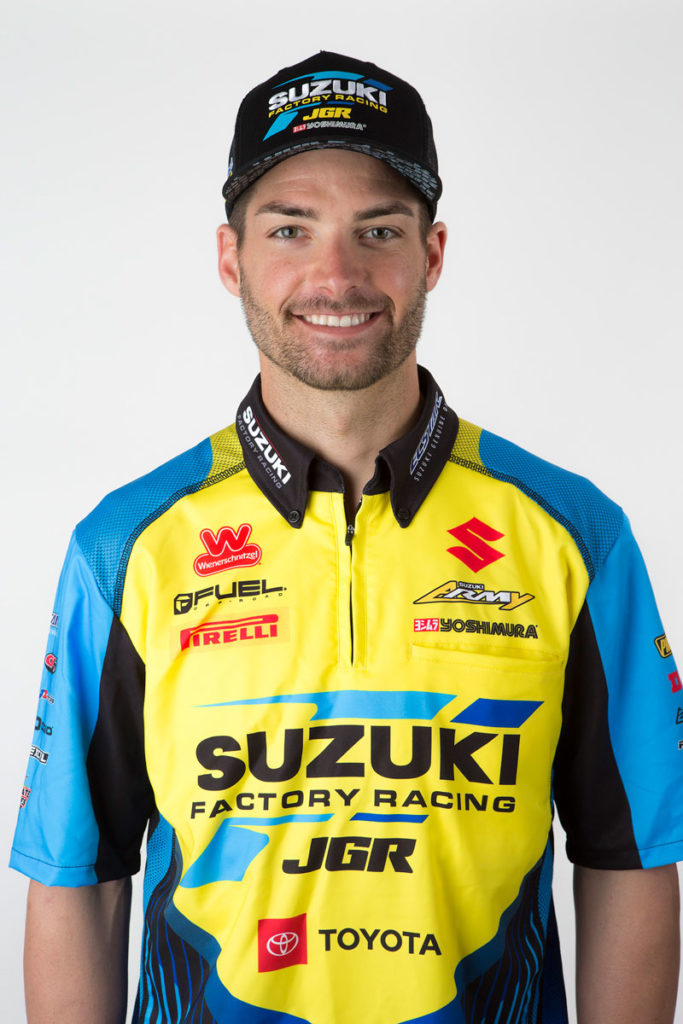 It’s press release official: Broc Tickle has joined the JGRMX/Yoshimura/Suzuki Factory Racing team for the remainder of the 2020 Monster Energy Supercross Series, starting this weekend at the 2020 Tampa Supercross. This is a major development for Tickle because although the seventh round of the series was always going to be his return to competition following a two-year suspension by WADA and the FIM, his original plan was to do so as a well-supported privateer on a Husqvarna FC 450, not with a spot on a factory team. But with both of JGR’s original 450 class riders on the sidelines with injury, it made sense to bring Tickle onto the team.

Getting the key parts of the deal sorted out took time, something that Tickle explained to us during his appearance on the Swapmoto Podcast a few weeks ago and in his social media post that announced his new ride. JGRMX initially reached out after Joey Savatgy broke his ankle in November 2019, but the initial offering was not enough for Tickle to pause the privateer effort he had established with AEO Powersports, TiLube, FXR, Alpinestars, and other key sponsors. Fredrik Noren’s broken leg at the second round of the 2020 Supercross season restarted discussions between Tickle and the team and it didn’t take long for both sides to come to an agreement. Tickle has spent the past month testing with the team at their private facility in North Carolina, something that became public around the time we posted our podcast.

The majority of Tickle’s 450 career was aboard a Suzuki RM-Z450, thanks to his time with the now-disbanded RCH race team, and the familiarity with the yellow bike made for an easy transition to JGRMX’s current race bike. With a record that includes eight podiums, 21 top-five and 93 top-ten finishes in the 450 class, it’s going to be interesting to see where he stacks up in the current field.

I am blessed with being able to go back to racing at this level. It wasn’t easy to stay focused on getting back but over the last 4 months I’ve made the decision to make it happen. I put together my own program to show up this weekend at Tampa with the help of @tilube @aeopowersports @researchengineeringperformance @twisteddevelopmentracing and a lot of other sponsors. My program was great but had some flaws that were going to make things difficult to deal with week in and week out. When @jgrmx and I started talking things weren’t adding up that made sense for me to make it worth the time I’ve put in plus to the sponsors I’d have to part ways with to go to JGR. Within the next week JGR and I had come to verbal agreement that they could make it happen with what I requested and I booked a flight to NC. I’ve been here for 3 weeks now and I’ve made progress myself as well as learning a new motorcycle. Again, Huge shoutout to EVERYONE in my corner and to the people who have been involved with keeping me on my toes throughout this venture in life. I am grateful for all of it! LETS F*CKING GO!

Suzuki’s press release, including quotes from Tickle and JGRMX Team Manager Jeremy Albrecht, is posted in full below…

Brea, CA (February 12, 2020) – Broc Tickle will be joining the JGRMX/Yoshimura/Suzuki Racing Team this weekend in Tampa, Florida for round seven of the Monster Energy Supercross Series as a fill-in rider for both injured Fredrik Noren and Joey Savatgy. Tickle, who has spent more than half his 450 career on Suzuki, will make his Supercross comeback at Raymond James Stadium and compete in the premier class with the team for the remainder of the Supercross season.

“I’m really excited for this opportunity with the JGRMX/Yoshimura/Suzuki Team,” said Tickle. “I had a great thing put together but there were still some missing pieces that on race day can really come into play, and JGR has those pieces being the Suzuki effort. I’ve had success in the past with Suzuki, so when we got to communicating and putting things together, it just ended up working out and made sense to move forward with the JGR Suzuki program.

“I’m ready to go racing and looking forward to just getting back in the mix. The overall goal is to go out, enjoy it, have fun, and do the best I can do. Two years of not racing is a big deal but I’m up for the challenge and eager to be back on the gate as well as being back to training, riding, and doing this at the highest level.”

The Michigan native began his pro career in 2006 and has been a competitive racer since, earning eight podiums, 21 top-five and 93 top-ten positions during his 450 career. Tickle also earned the 2011 250 West Coast Lites Supercross Champion.

“I’m excited to see Broc back on a Suzuki this weekend in Tampa,” said Jeremy Albrecht, Team Manager. “He has been testing and riding in North Carolina with our team for a couple weeks and will finish out the Supercross season on our team. His speed and fitness are good so we will see this weekend where he ends up. I’m happy that we have great partners that helped make this happen.”

The JGRMX/Yoshimura/Suzuki team is excited to welcome back Broc Tickle to racing.

Checking in With Broc Tickle