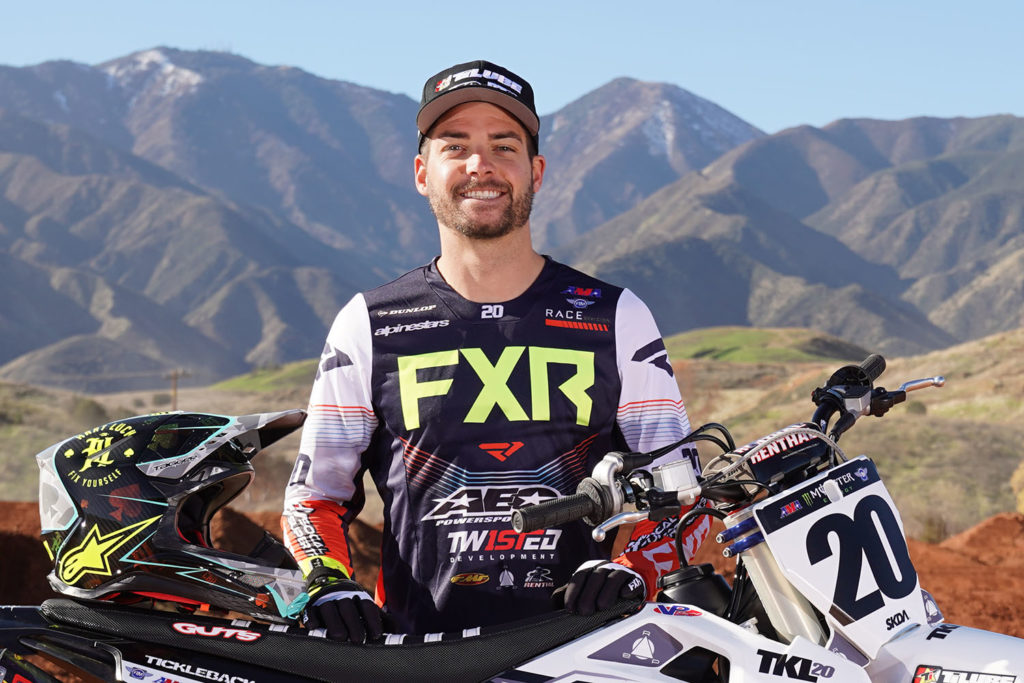 Broc Tickle’s FIM suspension for his failed drug test at the 2018 San Diego Supercross ends next week, February 10, 2020, and the former Western Regional 250 Supercross Champion will make his return to racing at the February 15 Tampa Supercross. In preparation for his comeback, Tickle had assembled an impressive Husqvarna FC 450 race bike with help from AEO Powersports, Twisted Development Racing, and REP Suspension but as luck would have it, a fill-in ride with the JGRMX Suzuki team presented itself and it looks like we’ll see a yellow number 20 bike next weekend in Florida. We phoned Broc up this evening to get an update on how things are progressing, and to chat about the excellent team he had assembled before he was presented with a factory fill in.

Checking in With Broc Tickle