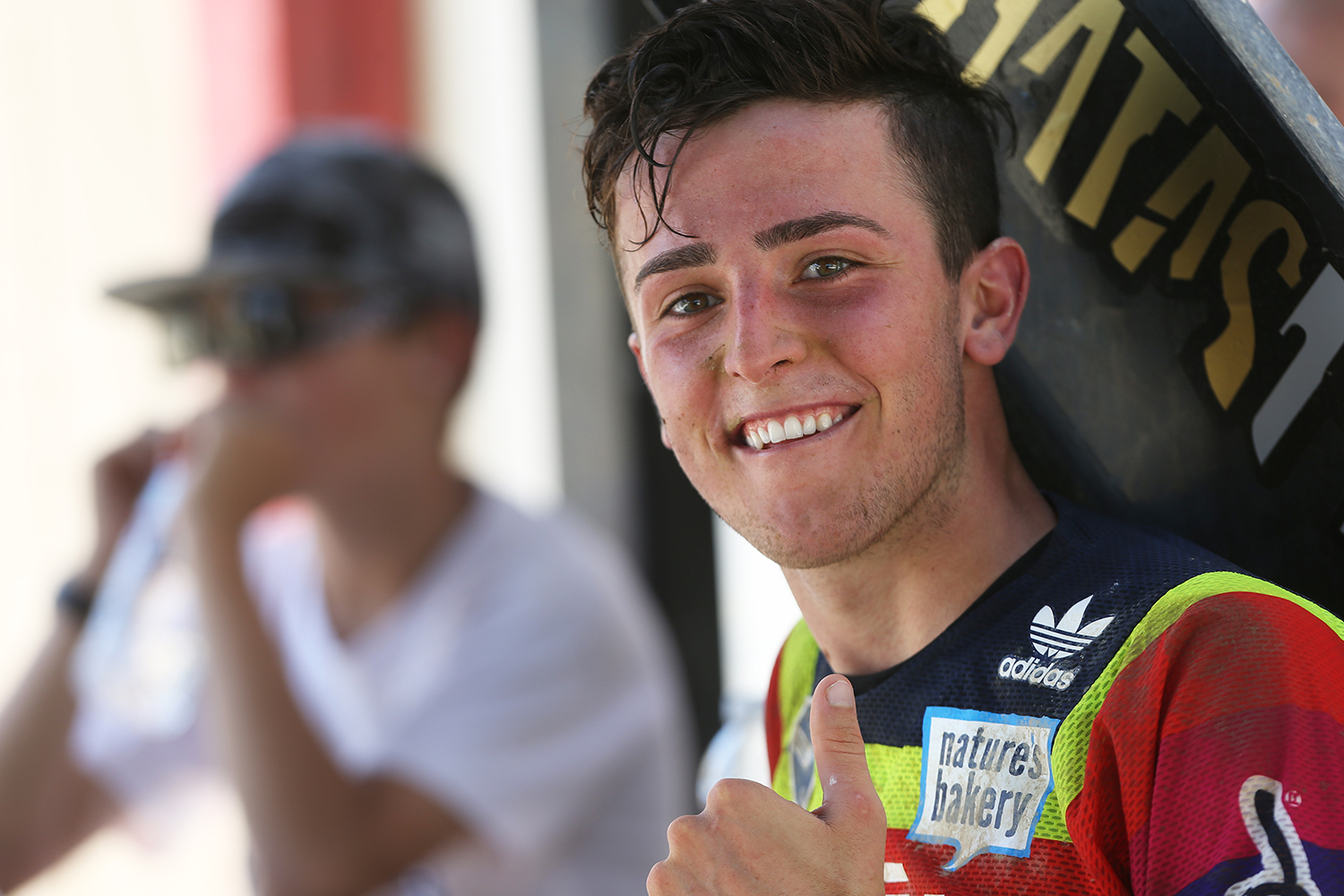 Cameron McAdoo enjoyed a breakthrough ride at the Las Vegas Supercross finale with his first-ever Supercross podium finish but still, the Iowa native found himself without a ride for the 250 MX Nationals as his second stint with the GEICO Honda squad was for Supercross only in 2019. Fourth in the Western Regional 250 Supercross Championship, McAdoo has steadily improved since his rookie year in ’17, and his admirable work ethic and likable personality make him a favorite in the paddock. This week, it was announced that McAdoo would fill in for four races with the Troy Lee Designs/Red Bull/KTM team, and return to action next weekend in Mt. Morris, Pennsylvania. We caught up with him yesterday at he threw his leg over the powerful KTM 250 SX-F for the very first time at Glen Helen Raceway.

We are pumped to see you in action! What were the chain of events that led up to this ride with the Troy Lee Designs/Red Bull/KTM team?

Honestly last Wednesday, before Thunder Valley I got a phone call from Tyler Keefe and he said that he wanted me to come out and ride a bike. I said, “I’m in!” and we met on Saturday at Thunder Valley and decided that we were going to go racing and here we are. I plan on racing at High Point next weekend.

Is it High Point the rest of the season? A couple of races? How long is it?

As for right now, four rounds for sure. Then we are gonna go from there. The team has got a whole roster of riders and unfortunately, a couple of guys are hurt right now. If everyone stays healthy or gets healthy then we will do four rounds, but I’ll be happy to stay if they need me! 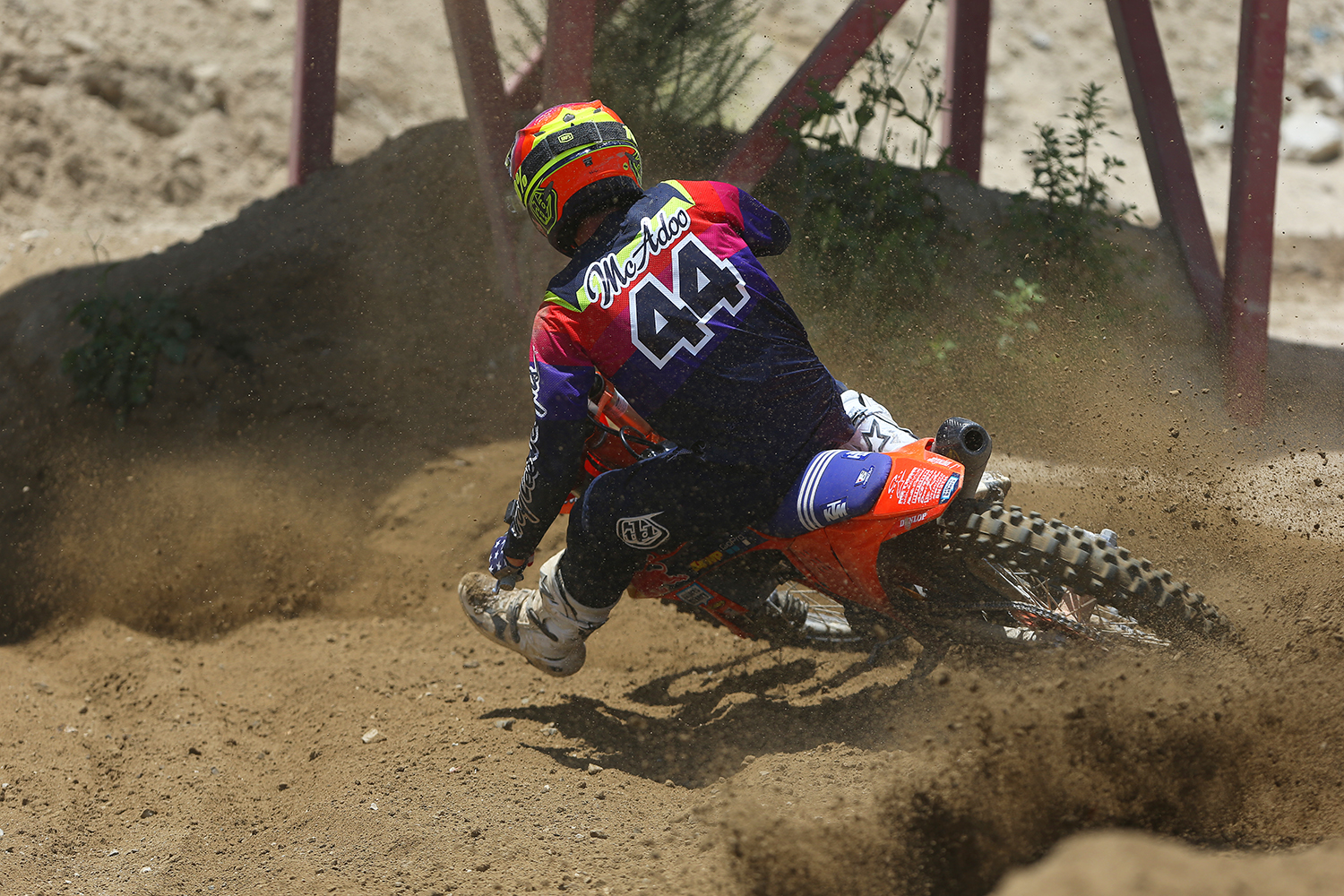 How hard was it to watch the first three rounds from the sidelines?

Honestly, it is all what you make it. It’s not like I was out hurt or something like that, I did my best to just go to the races, stay in it, and just learn. Like, from an outsider looking in, you can simplify it a lot more and realize that it is just a dirtbike race, you know? I did my best to learn instead of thinking, “Why am I not out there?” and feeling sorry for myself. Instead, I accepted it and decided to be ready whenever anything came around. I kept busting my butt during the week to stay in shape and sharp on the bike.

I talked to you before the season started and you said you were just going to hold out and wait for something good to come up rather than do your own thing. I know you were waiting for something of this caliber to come about, did you have any less-desirable offers?

I mean, there were a few things here and there. A lot of people saw me during the week at the track riding GEICO Honda’s 450 and they were like “Man, you just need to load that thing up and go racing”, but I think it was the best decision that I made. Just to stay ready. Especially after a fairly good Supercross season. If I was going to be racing outdoors, I wanted to show up myself. 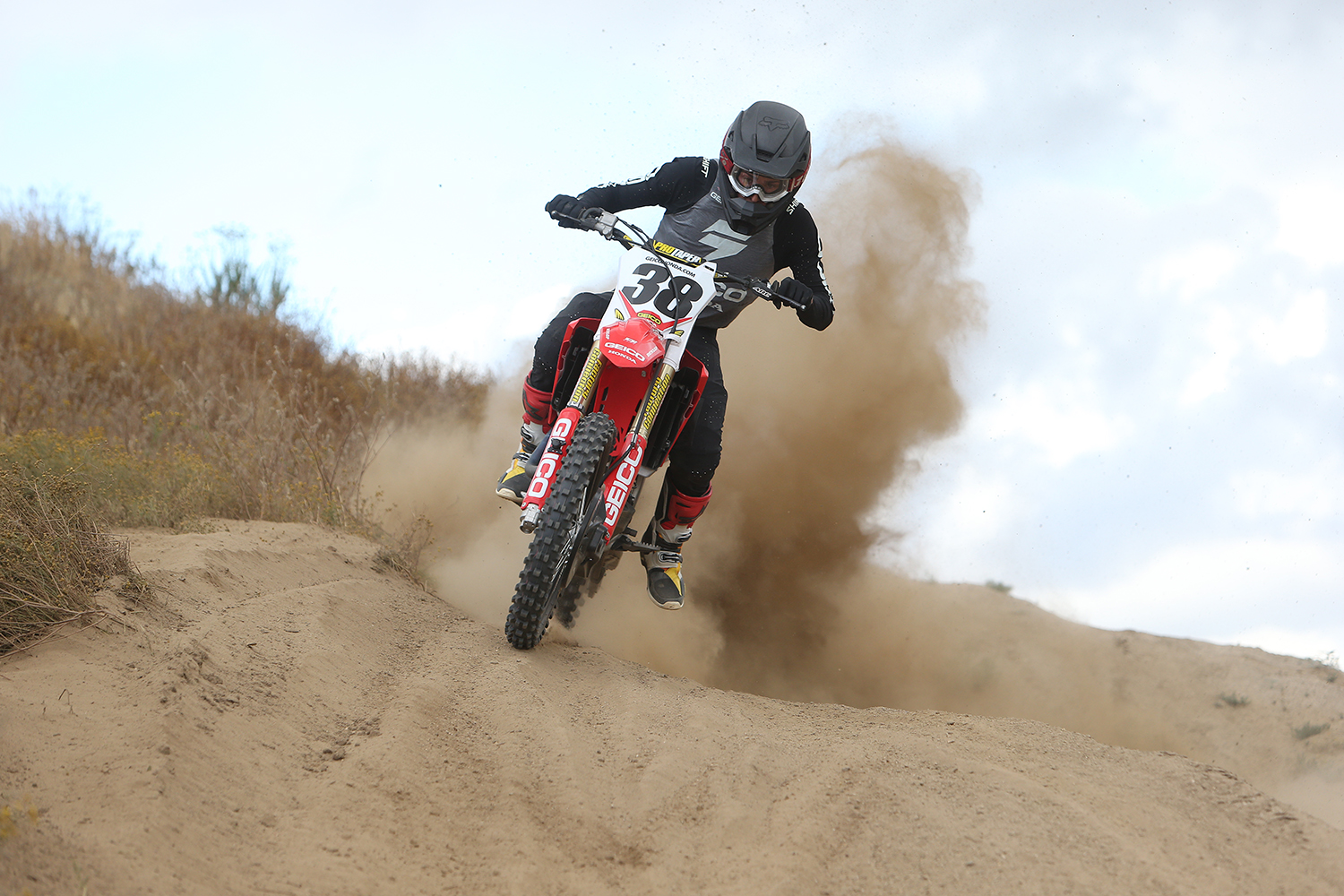 That was pretty cool of the team to let you ride that 450 and keep training to keep your reflexes sharp.

Yeah, it was awesome. Those guys have treated me so well, this was my family for the last three years of riding for them. They did everything they could to keep me rolling and help out. So I can’t thank them enough there, they’re a really good group of people: Jeff, Ziggy, Dan, and Christian. Christian and I are still riding together. They stuck their heads out for me big time, so that was really special.

This the first day on the KTM 250 SX-F. Thoughts and impressions?

It’s good! It’s awesome. I was really impressed with it. I’ve been Hondas for the last three years and this is kind of my first time jumping on a KTM at all. Yeah, the bike is good, it’s got a lot of different characteristics and I’m stoked on it. 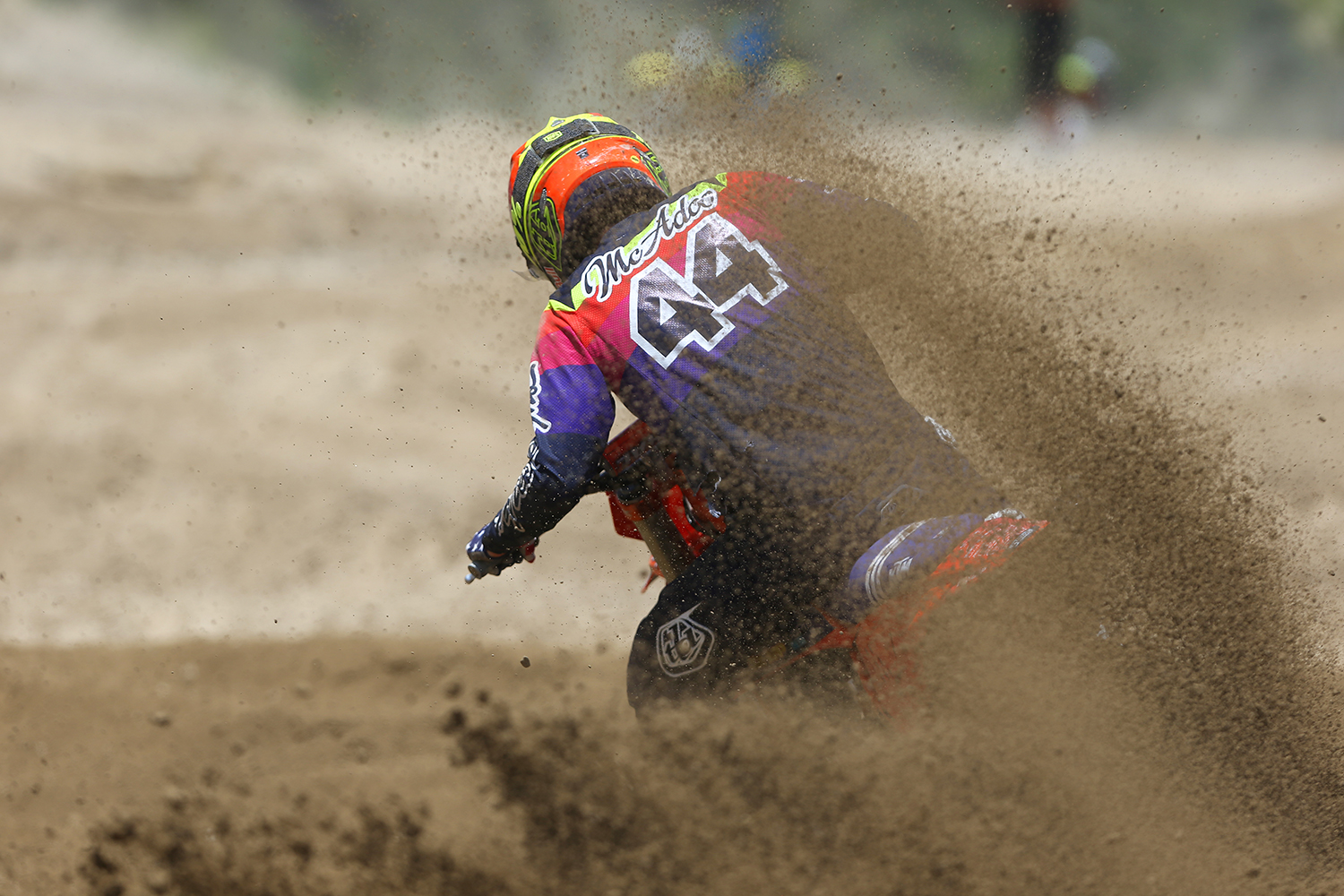 What’s the biggest difference from the Honda?

The power delivery is a lot different…honestly the whole feel of the bike. Right when you jump on it, sit on it, and hold it, it’s a completely different feel. Those are two things that really stood out to me.

You’ve got a couple of motos under your belt. 1 to 100% how comfortable are you?

I feel good! I feel pretty comfortable. I feel like I’ve always adapted to bikes really well. I  had three days on the GEICO Honda bike before Supercross season this year. I feel like we’re in a good position. With a little more learning with the bike and doing a little bit of testing, it’s gonna be really good.

Checking In With | Cameron McAdoo
Michael Antonovich May 27, 2022

Checking In With | Cameron McAdoo