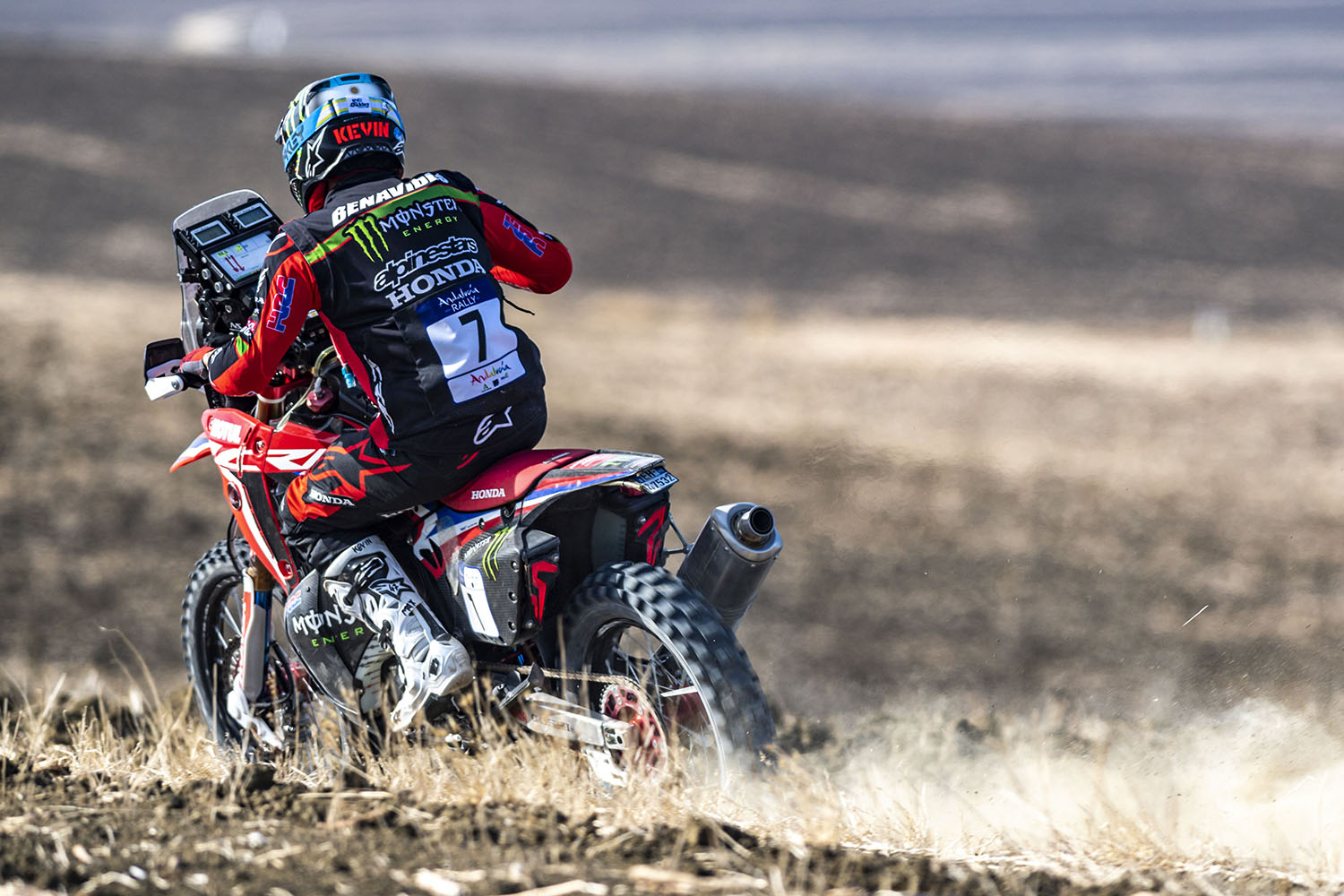 Welcome to Checkpoint, a new weekly feature that will cover the ongoings in the off-road motorcycle racing world, presented by Moose Racing. Although motocross and Supercross is the center of the SML universe, our staff has massive respect for the varied disciplines of off-road, from SuperEnduro to Rally to GNCC to Big Six, and we always have an eye on what’s happening in the professional racing series. Every week we will bring updates from around the world, including race results, photos, video highlights, and new bike or product debuts. 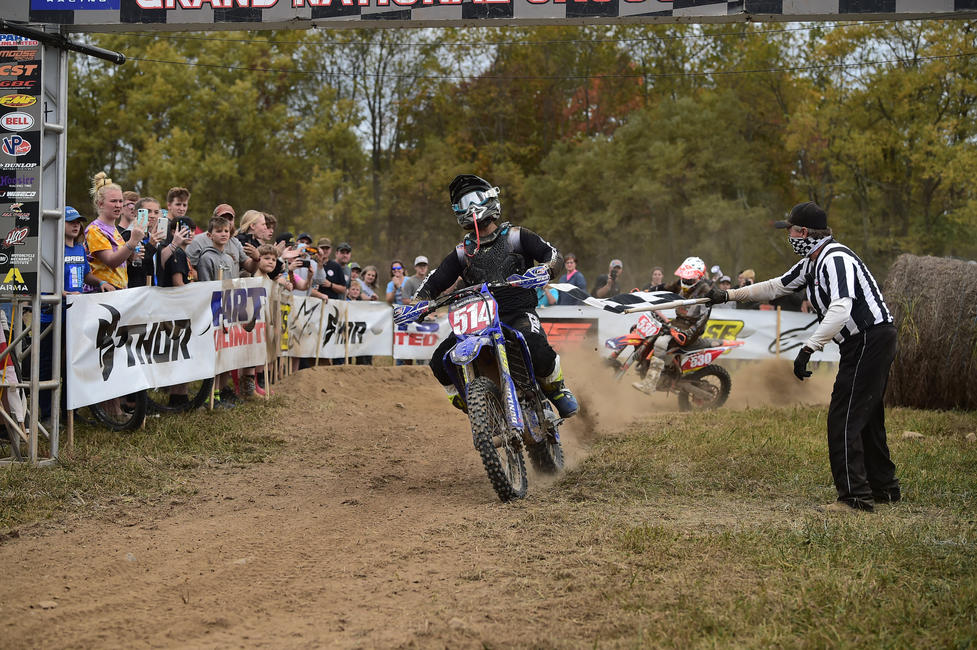 Title decided. The 2020 Grand National Cross Country Series continued its run through the final part of the schedule with the 2020 Mason-Dixon GNCC, held at Mathew’s Farm in Mount Morris, Pennsylvania. The East Coast off-road series has been phenomenal this year, especially after the midseason summer break, as we’ve seen a shift in the running order and some very close racing. Riders suffered through a dusty day at the farm and teams were even prepared to make mid-race air filter swaps just so they knew the bikes would get through the hours-long race without issue.

Steward Baylor claimed his third straight win at the Mason-Dixon, a feat that few would have predicted after the tumultuous and uncertain spell that he went through during the summer. The AmPro Yamaha rider had to work for this win, as he and FMF/KTM Factory Racing’s Benjamin Kelley spent nearly the entire race in a battle for position and were just two seconds apart when they crossed the finish line.

The duo had to track down Baylor’s teammate Michael Layne during the early part of the race. Layne snagged the holeshot on his AmPro Yamaha and left the pack in the dust, literally, through the opening four laps of the race. Layne was overtaken by both Baylor and Kelley on lap five, though he did his best to keep them insight through the last laps of the race. Unfortunately, Layne had a crash at the end of pit lane on the final lap and dropped from third to fifth in the results.

Kelley started the final lap 13-seconds back of Baylor and put in an incredible charge to close the gap. The FMF/KTM Factory Racing rider was within range of the leader as they completed the lap, but was too far back to make any sort pass attempt and came up just short at the finish line.

Baylor’s third win of the season was a big feat and as the season wraps up, he is a favorite to win the final two rounds.

The big news of the day was Kailub Russell’s eighth and final GNCC title, a massive accomplishment for the FMF/KTM Factory Racing rider. Russell’s retirement tour took a serious hit when a crash at the Burr Oak GNCC left him with PCL and lateral meniscus tears in his knee, but he lined up for the Pennsylvania race in hopes of securing the championship. While Baylor, Kelley, and Layne battled at the front, Russell hung back in fourth place and flowed around the track, knowing all the while that the title was in reach. Layne’s late crash propelled Russell to third place in the final results and he was confirmed as the champion when he crossed the finish line.

AmPro Yamaha/St. Lawrence Radiology’s Mike Witkowski mastered the XC2 class, thanks to an excellent start, holeshot, and runaway win. Witkowski crossed the finish line 12-seconds ahead of the rest of the class and this proved to be an important finish for his championship hopes. Incoming championship leader and Trail Jesters KTM rider Jonathan Girroir had to claw his way through the pack after a poor start and finished the race ranked fifth in the XC2 results, while Rockstar Energy Husqvarna Factory Racing’s Craig Delong also saw his race hampered by a poor launch and ended the race in third place. With this, the top three riders in the XC2 class are separated by just six points in the standings. 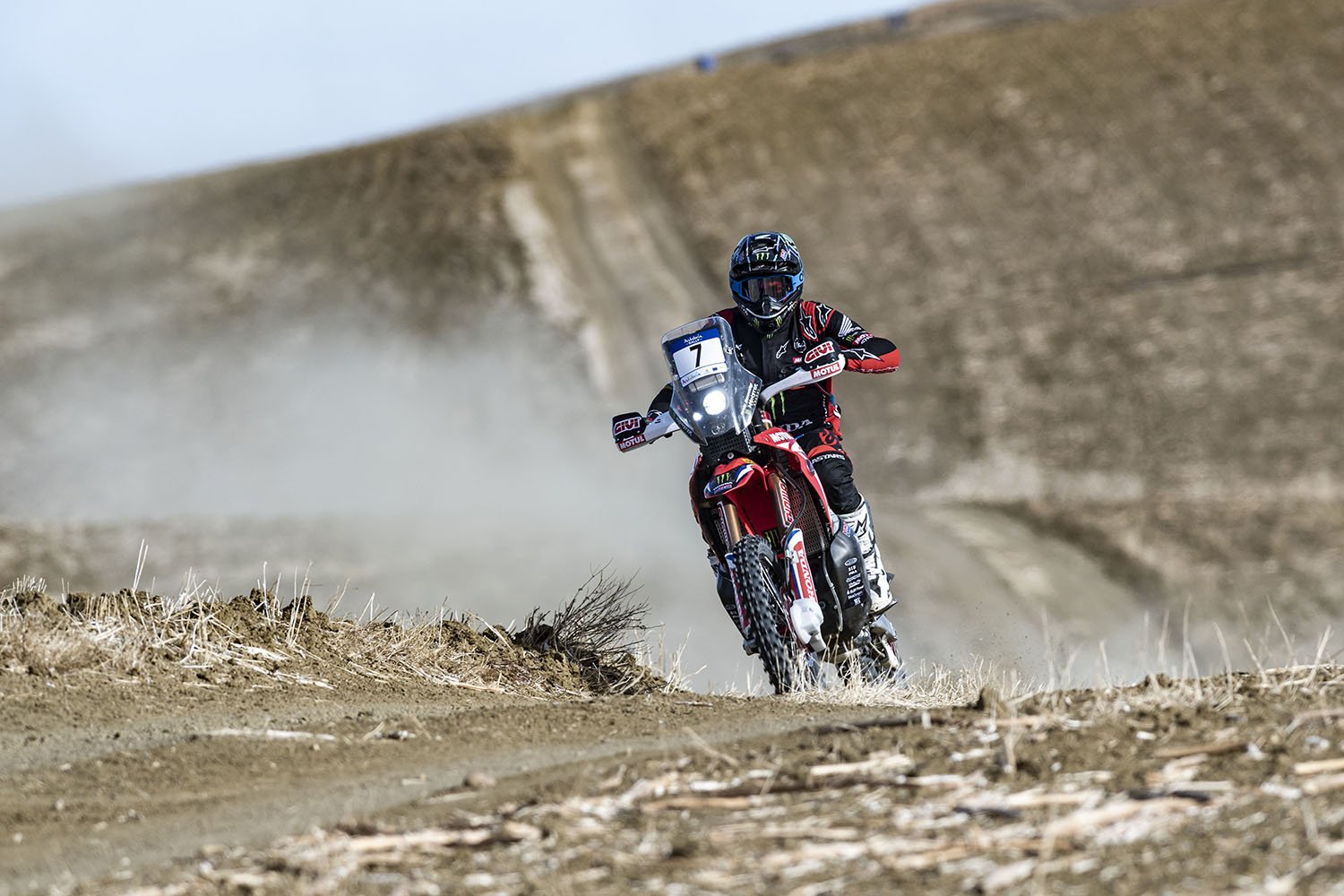 The five-day run through southern Spain for the 2020 Andalucia Rally is complete. An all-new event, it gave competitors a chance to sort out their rides and test their skills before another extended break and then January’s 2021 Dakar Rally in Saudia Arabia. The quick format of the race left riders little time to make up for mistakes and those that were practically flawless were rewarded with places near the top of the final results.

Monster Energy Honda Team rider Kevin Benavides led most of the Spanish race, thanks to a Stage One win and solid finishes in Stages Two-Three-Four, and was nearly eight-minutes ahead in the total race time. With this result, Benavides has established himself as a favorite for the long trek of Dakar. Adrien Van Beveren finished the race second overall, an impressive showing for the Monster Energy Yamaha Rally rider, especially after he contemplated retirement following a crash at the 2020 race in Dakar. Although Van Beveren did not win a Stage, he was among the faster and more consistent riders in the field. Lorenzo Santolino completed the podium, a career-first overall podium for the Sherco TVS Factory rider.

American riders Ricky Brabec and Andrew Short admittedly struggled with the conditions and terrain, as both agreed the tight confines and roads were much different than what they are accustomed to racing. “We finished the rally and I’m really excited to finish the rally without hitting the ground, first off. Second, I’m happy to board the plane without an injury and get back home and train in the desert. I’m looking forward to that,” said Brabec in the Honda press release. “We had fun out here at the Andalucia Rally, but the style of riding just wasn’t my cup of tea. The roads were fun. Well, I’m not sure if they were fun to race, but they were fun to ride. The whole team is in good shape and is going home healthy. Now, we are all going home to start working towards the main goal: the Dakar.”

Short echoed these feelings by saying, “This was a difficult rally for me. Not quite the desert rallies that I’m used to but it’s been positive to spend time with the team and learn how the bike works in a race environment. I struggled with the terrain but it was the same for everyone, it just wasn’t what I’m used to. I’m really looking forward to Dakar with the team and can’t wait to race again.” 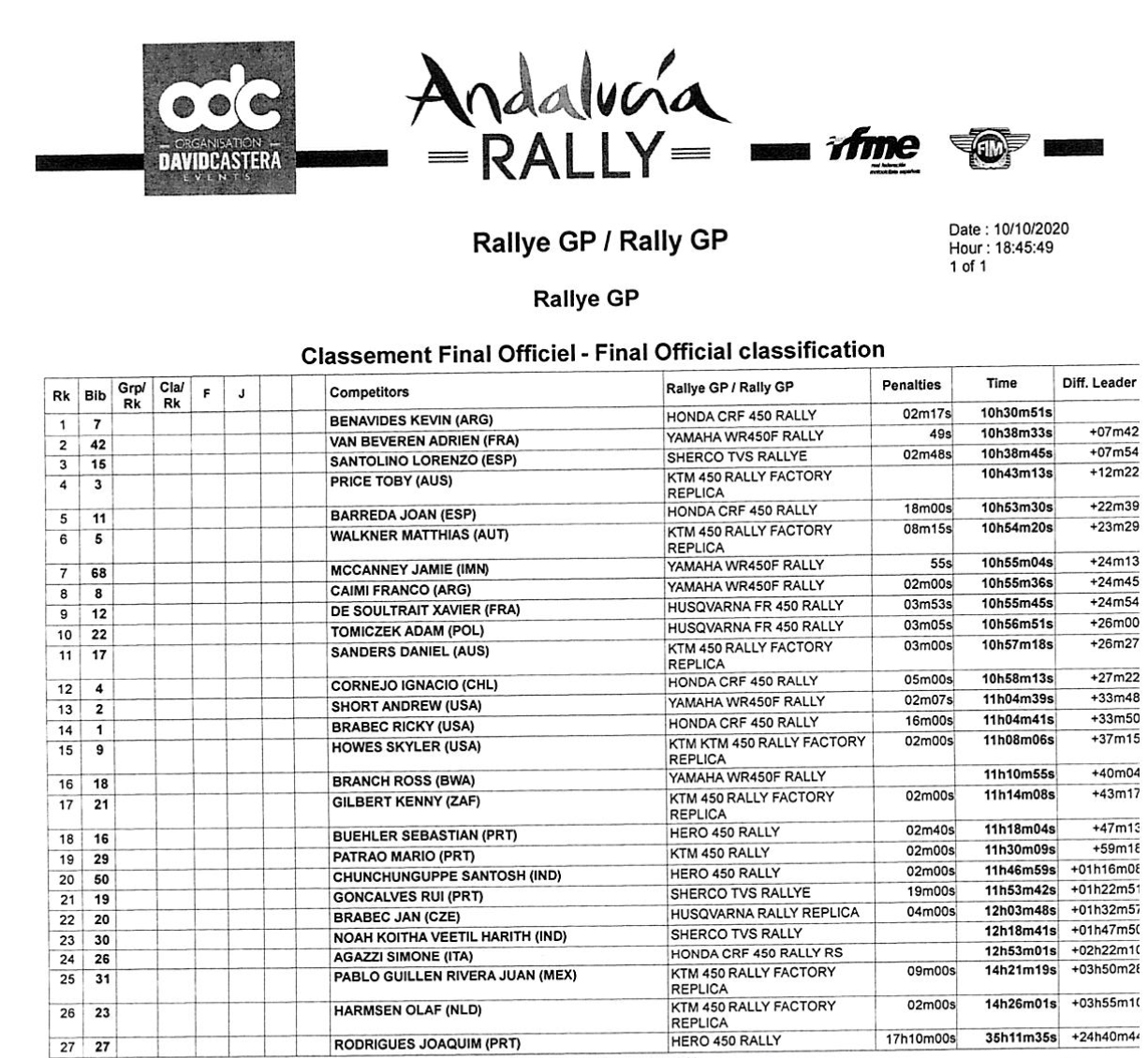