Chris Blose Is Ready To Call Time On His Career 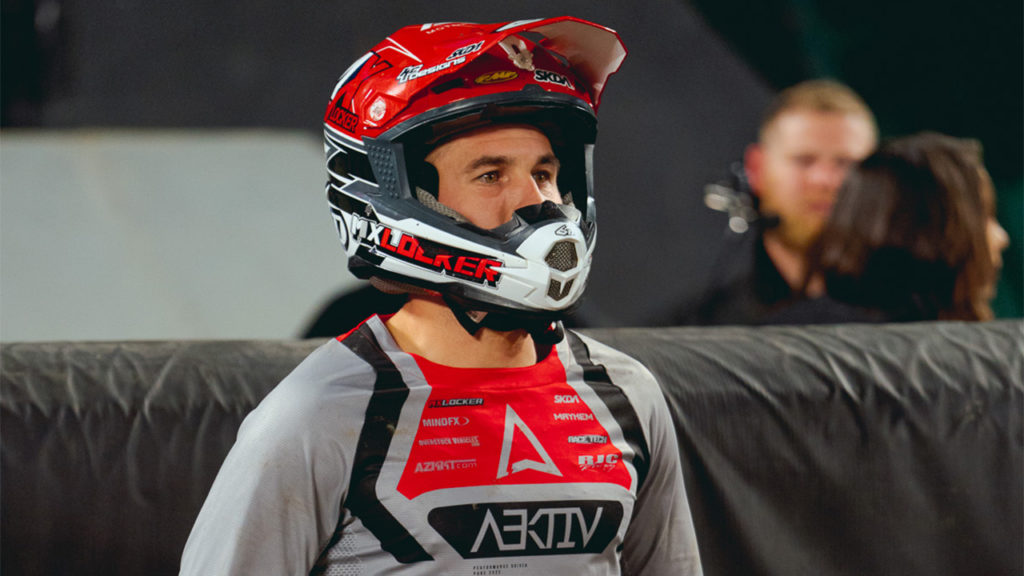 Chris Blose is in the final races of his sixteen-year pro career. The 34-year-old says he still feels competitive in the 250 West Coast Region, thanks to ongoing support from the AJE Motorsports/Motul/GASGAS team, but the father of two also knows the risks that come with racing and is ready to see what else life has to offer.

The rider openly says the crash that he was collected in at the 2021 Atlanta Three Supercross, and the resulting concussion and thumb injury, are what influenced his decision. “After being life-flighted out, my wife and family were super worried. They had no clue what was going on, no one was really responding to them, and it was scary. I have two kids now and I think about them and ‘is it worth it,'” he told us under the team rig.

But the crash is also why he’s on the starting line in 2022. “I didn’t want to go out like that, so coming back was an easy decision,” he stated. “I can’t go out with someone else taking me out in the air. For that to be my last race, it didn’t sit well with me.”

Blose is already working on the next part of his life with Fenix Suspension, a Race Tech-certified center that will service his native Arizona.

We spent some time with CB to discuss his 2022 ambitions, highlights from the years, and what it’ll be like to race in front of his hometown crowd for the last time at the Glendale Supercross.