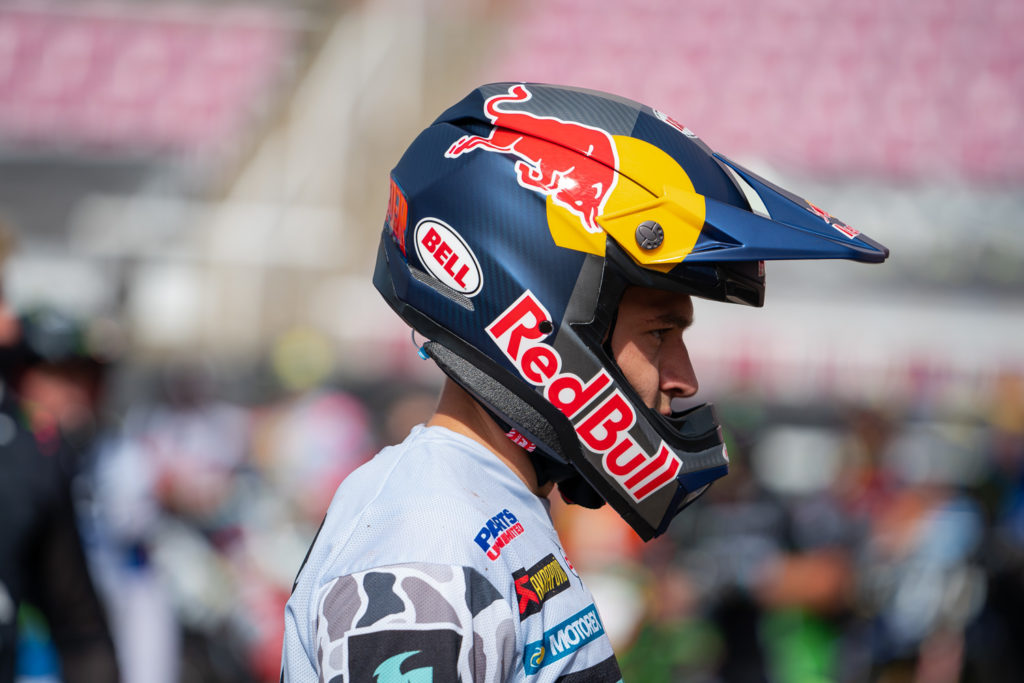 WATCH THE COMPLETE “2 FOR 2” VIDEO SERIES

What’s more difficult: winning the first championship or backing it up the next year? Cooper Webb will know the answer to that question over the next few months, as the Red Bull KTM rider will defend his Monster Energy Supercross championship against the most competitive roster of riders in recent memory. What happens on Saturday is largely influenced by the work done between races and thanks to Bell Helmets, we will have a first-hand look at the process through 17 weekends of competition in a new video series, 2 For 2.

Cooper Webb made the most of the Supercross season’s unexpected break. The time off was a chance for his body to get better from the Arlington slam and when racing resumed for a seven-round sprint in Salt Lake City, the Red Bull KTM rider was ready. With three Main Event wins and six podium finishes, Webb forced his way to second place in the point standings and put pressure on Eli Tomac all the way until the final round. What was life like in the Utah SX bubble? The season finale of the Webb-Bell Helmets video series documents the whole process and shows the never say die attitude that kept Webb at the front of the pack.