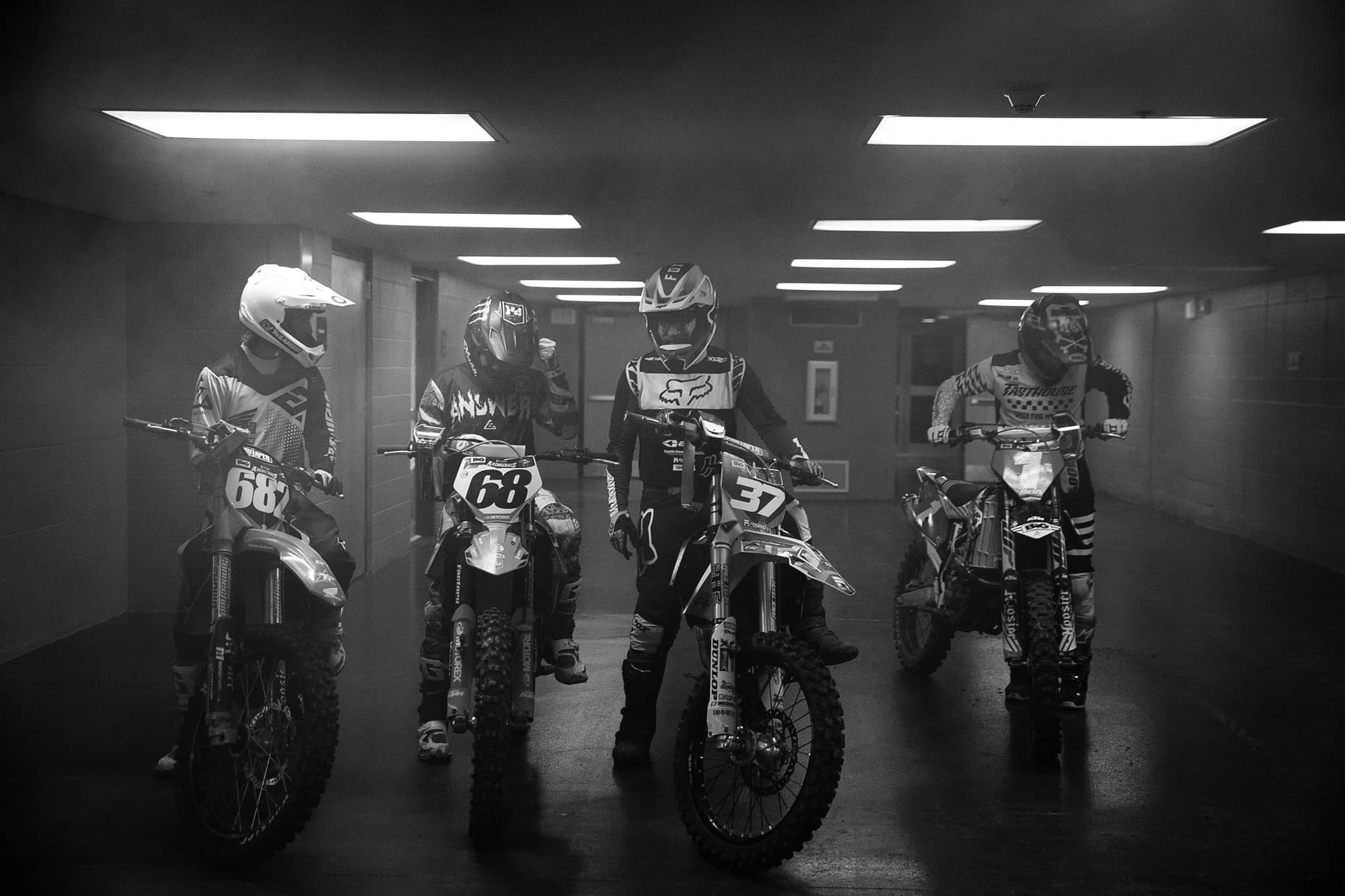 Sixteen nights of racing jammed into a couple months is borderline unimaginable. Reflect on your latest race day– then picture doing that 16 times, in the cold, a minimum of three hours away from home each time.

When I set out to do the Hoosier Arenacross season, I knew it would be cumbersome. The extent of which is known by very few, even within the full scope of the industry and full disclosure, I was a little blind going in. I have catalogs of memories from 25 years of racing motorcycles that would take equally as long to unpack. How do I summarize an entire season that felt as if it took both one year and one minute to complete?

I can’t. Putting 64 gate drops in a 10-minute read cannot accurately be done. I will, however, chisel off a handful of key chapters from the series, and that will be enough for today’s therapy session article.

1. The Number
Earning a number implies a lot, but the keyword here is “earn.” Like a college degree that you’d hang on the wall of your office, an earned number is an “I finished the job” statement. When I line up for the first round of the next Hoosier AX later this year, my motorcycle will have the number 5 emblazoned across the number plates. During the last Pro riders meeting of the year, Jay, the series’s promoter, informed us that points from both the 250 and 450 Classes would be combined toward the assigned numbers for the 2021-2022 season.

I had an 11-mark lead over DTA Kawasaki’s Justin Kelly lining up on Saturday night in Tunica. He gained six points through the night, but I kept the 5 spot by five points when the races were over. It was severely stressful all night; all I wanted was that number 5, even though there was no year-end payout difference between 5th and 6th. In SX and MX, there is always hype about “X Rider” not thinking about the championship and just focusing on each race– I call bullshit. It’s impossible to avoid in your thought space. You might be making a plan about totally unrelated stuff, but eventually, you’ll bump into it.

2. Ron Artest
Remember the ’04 Pistons-Pacers fight? Ben Wallace was driving in for a routine 4th Quarter layup when Artest fouled Wallace from behind. Wallace, fuming mad, gets up from the shot and charges Artest to start the wildest brawl in NBA history. After the teams were separated and Artest was cooling at the scoring table, a Pistons fan launched a Coke Heavy from the stands with Mahomes-like precision, perhaps to help the Pacers forward further chill out. The opposite happened. Today, fans no longer lob 32ozs of Wilford Brimley’s enemy number one. Instead, they log on to social media with their best worst behavior and let the bombs drop.

I was on the receiving end trolling by people I do and don’t know, which only further unlocked the Team Manager position’s achievements. But of course, we went all season without a word being said in person. I am not dwelling on this as it helped me exercise my patience and understanding, but if you’re a Corner regular, you know I like to give full transparency. I wonder if the Coke guy bumped into Ron at the coffee shop earlier that morning, how would the conversation have gone?

“Oh, hey Ron! You know my Pistons, man, gonna be a good game tonight, probably gonna be physical. Could I get a quick pic with you? I’m a fan, but let’s go, Detroit. Thanks, man. Good luck.”

3. “Simple” Courses
Arenacross is a well-read book when it comes to the course layout. Four corners, a rhythm, finish line double, and whoops. Of all the obstacles built by MX343 (track crew of the series), there wasn’t one that I murdered lap after lap. When you factor in the number of laps beat into the course through the weekend, and most of our races being minutes apart to fit in the live programming, literally every single track layout was a challenge. Some nights our main events were run back-to-back, with only the podium interviews splitting them apart. The tracks would get utterly destroyed by the end of the 450 Main, an added challenge element. There was no easy lap or chance to catch your breath, and for us midfield guys, you had to not only race your own race but prepare to be lapped. It’s like being blitzed on every hike, but no chance to play clock and catch your breath. Think about this while clicking into third gear to hit the first of twelve one-yard tall whoops, all with a hitman behind you.

4. My Buddy
I hired Brandon Yates as my teammate, which was one of the most rewarding things I’ve been able to do in racing. Fielding another guy was unreal. Yates had some mechanicals that caused some bad results and injuries that ultimately took him out of the series, but that didn’t take away from the blast we had together, and I’ll never forget the time logged on the road in his Transit. For me, being responsible for another rider is obviously a new page in my moto book. Still, as I go from my current position now and continue evolving toward the Richard Childress model, I’ll be able to look back on this first season of more responsibility with Yeezy as a successful one, regardless of the on-track results. As the played-out photo-caption-idiom goes: “We learned a lot. Looking forward to the next one.”

5. Value
As an entrepreneur, I realize the priority is to build value. I’m not in the business of quick bucks or slam dunks. When you launch something, much like a manned rocket, the goal is to find the next level. For astronauts, it’s zero-g. For a race team, it’s value.

Team ATC/FLPSDE did a fantastic job creating a new paradigm of how it’s supposed to be done, which is more rewarding than if I would’ve won the season championship. My partners have gone above and beyond just being sponsors, and I’ll forever be grateful for them taking the jump with me. One of the most important lessons I learned through the season was the difference in needs toward out-of-industry partners vs. in-industry partners. A handful of people have reached out and suggested I act as a mentor to other pro riders and help them realize their value. I don’t disagree; I love to teach. However, I think my intellectual property needs to stay in-house for the time being. I have a program built that has seen a net return for each and every company I’ve had the pleasure of being affiliated with, and I’m considering it as trade secrets. Mitch doesn’t call Bill and say, “You won’t believe this new expansion curve I figured out.” 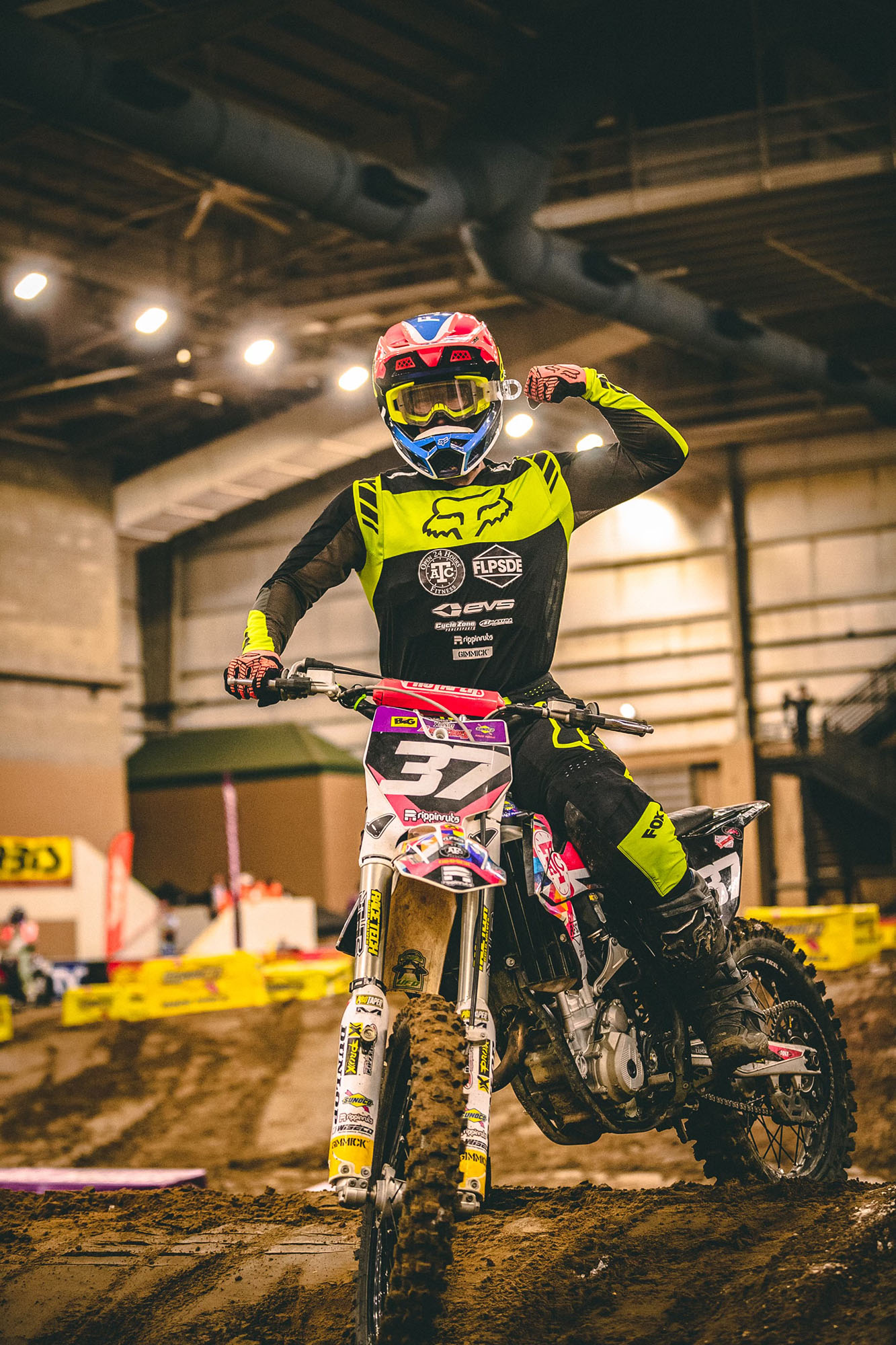