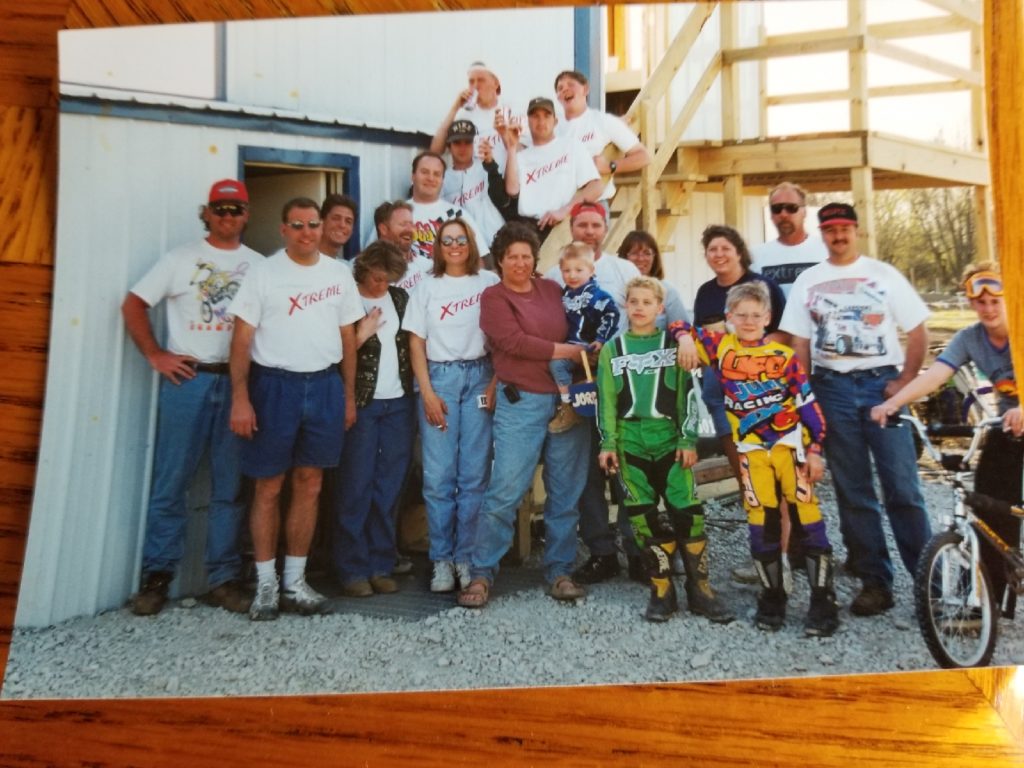 In November 1996 my dad, Jerry C., sealed an agreement with the Grain Valley, Missouri, fair board to lease the property that would be the home of the newest and closest track to the Kansas City metropolitan area. From downtown KC, you can make it to the front gate in under 30 minutes, give or take the traffic situation on our busiest freeway, I-70. The property lease was on a yearly basis, but this was in the good ole days of when a handshake was still worth more than a piece of paper and the agreed price for the plot was the total sum of $500 cash, to be paid annually at City Hall. The small tract of land that had no official address could be prepared and manicured to whatever liking my dad chose because the Fair Board was just psyched to have another black number on the books and one less piece of property they had to pay the city to mow every so often.

That winter my mom would prepare chili and saltines for when we watched Marty Schottenheimer’s pundit-predicted Super Bowl XXXI champs fail to make it to the postseason, which was about the only thing Dad and I would pause our plans for the operation of the track. Mind you, I was not yet 10, so my assistance to the devising was refilling mechanical pencils and cracking open fresh Barq’s. Soon, Dad reached out to long-time friend John Cristopher to help him build out the racecourse, as John knew the business end of skid steer controls. I couldn’t tell you what month it was, but I can distinctly remember when we pulled into the track for the first time after dirt work had begun and saw one absolutely massive dirt mound along the tree line, which would turn into the famed Step Up. The layout was set to be a vague resemblance of the 1996 Daytona Supercross, because of the hot-dog style shape of the property, and to this day holds a similar vibe of the historic SX course.

A name was given and flyers were printed as we neared the first part of the 1997 calendar. The original title was not Grain Valley MX, but instead, a more Euro flavored moniker of “X2.”

Jerry C’s fingerprints are still on the heartbeat of Kansas City motocross, although only visible to those that have been around since the mid-’90s. In a similar fashion to the development of X2, my dad helped John Evans plan his track, originally dubbed Da’ Bomb but now known as Midwest Extreme Park.

The idea behind the “Da’ Bomb” name came from John Evans’ tagline-heavy daily grind, which was being the first person to introduce Dish Network to Kansas City. John and his crew would go door to door with pamphlets about the satellite service, using an opening pitch that was along the lines of “Hi, I’m John. Check-Dish-out”. That same marketing strategy was applied to his track, where he printed 4×6” cards in red, black, and taupe that were handed out at the races with the spiel, “You gotta come, this track is Da’ Bomb!” After the first race the name of that track was adjusted to Midwest Extreme, and seeing as how John and Jerry C were top buddies, Dad named his track X2. Quick to speak, bold, space-aged, and easy to put on flyers, the name stuck. 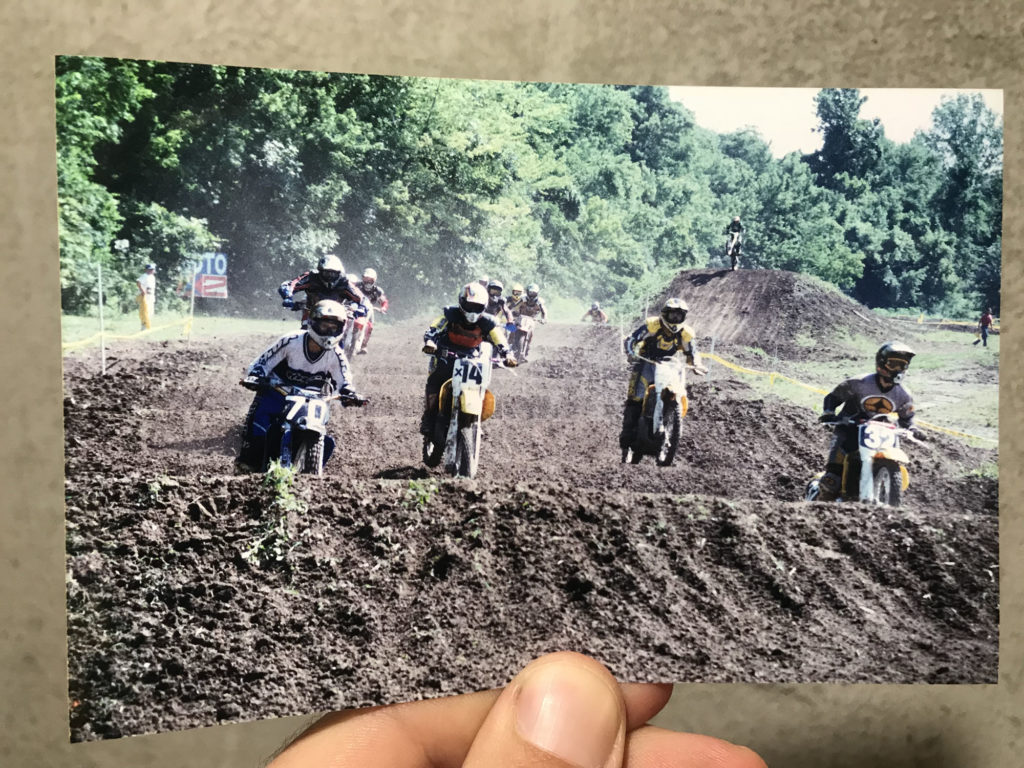 The inaugural race at Dad’s track was held on Easter weekend, and because Evans also did miscellaneous imports and he had a line on the cartoonish animals for an irresistible price, giant stuffed bunnies were given out as trophies. Over a short time, Dad felt X2 had outgrown its association with Extreme Park and he switched the name a classic and obvious choice, Grain Valley MX. The track went on to operate under the original lease with the Fair Board for 10 years and doubled in annual price somewhere along the way. Eventually, a land developer bought the property in a package deal from the city and offered my dad a not so smokin’ hot price on the property. Dad had been running the track, working full-time, and dragging my ass all over the country for 12 years, so he was tapped out on the grind. For a short period of time, a local guy named Matt Guzman managed the track with good effort but poor execution, as Jerry C had been working out of town a lot for the year or so prior.

The land developer eventually sold the property to Dennis Shrout, the local Kawasaki and Suzuki dealer that was just a few minutes west of the track. Shrout had just sold the bike shop to Chad Franklin, a locally famed bait-and-switch car dealer, and wanted to reinvest his new lump sum into something he was kinda familiar with, powersports, but not motocross track operation (he also purchased the circle-car track next door, Valley Speedway). Dad handed the proverbial keys over to the Shrout family, who changed the name to Vally MX. Why they chose to do that and why they left out the “e” in “valley” is beyond me.

Shortly after the new owners had taken control of the track, it quickly became a low priority for everyone in the local racing scene. Nationally-known track builder Tracy Freeman tried his best at operating races at some point under the Shrout management but reneged on the enterprise due to differences in opinion of what was best. The weeds then grew tall, miscellaneous stuff accumulated in large piles, and the track maintenance became less than savory, so to my knowledge, there was never a race that had 100 entries during this time. It was, however, a hotspot for beginners, non-racers, and those that thought splashing through puddles in the course was fun. Yes, there is in fact a market of people looking to do just that. While Vally MX was an open place to ride, the local racing contingent moved on with misty eyes. Not only did a badass place to ride drop off, but a staple in the Missouri Motocross Series had been lost. 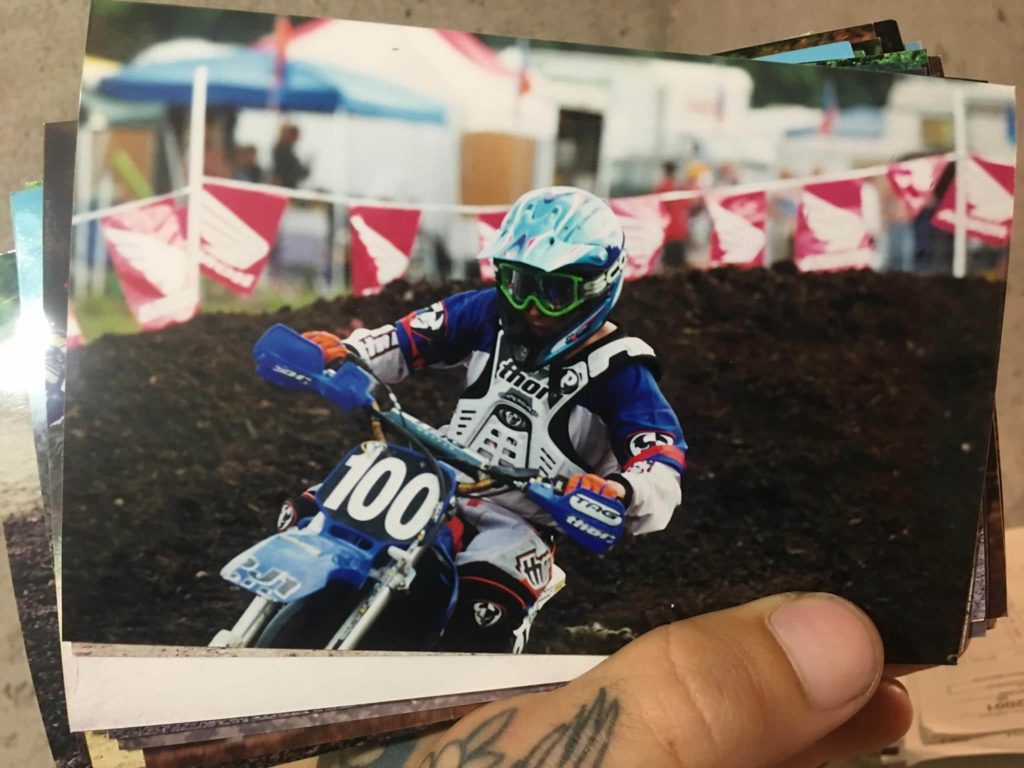 Missouri’s own Jimmy Albertson during a round of the Missouri State Series at Grain Valley MX in 2001.

I can remember the phone call from my friend and single-time Mo State MX Pro overall winner Tallon Shiflett that informed me his dad, Bart, an owner of Donnell’s Suzuki, Chip Johnson, a web developer, and Jeff Bloss, a semi-truck broker, had secured the property from Shrout. I was ecstatic and knew the three of them were going to do anything to get the track back to a professional level. A total revamp of the facility followed and the original fence was torn down and replaced, the beat down tunnel jumps replaced with fresh cargo containers, the starting gate repositioned, obstacles were rebuilt and adjusted to make sense, drainage ducts were repositioned, new gravel was brought in, and a water truck was purchased. Tallon told me they were going to bring it back to my dad’s standard, and continue to improve off that as a base.

I’ve been out to the track a handful of times to help test the course, give feedback on the obstacles, pitch ideas, and get some heavy duty laps in (I wrote about that last week). The first race under the new three-headed conglomerate, and the first race of real measure at the track in some time, will be held this weekend.

I encourage you to come to the races this weekend, regardless of where you’re from. Practice will run on Saturday from 9 AM to 2 PM and will cost 25-dollars. Racing on Sunday will start with practice warm-ups at 8 AM and it’ll be 40-dollars per class with a 10-dollar gate fee for the whole weekend. For anyone going to LL’s, there is no track more like The National than GV. Let’s make this one pop. See you this weekend. 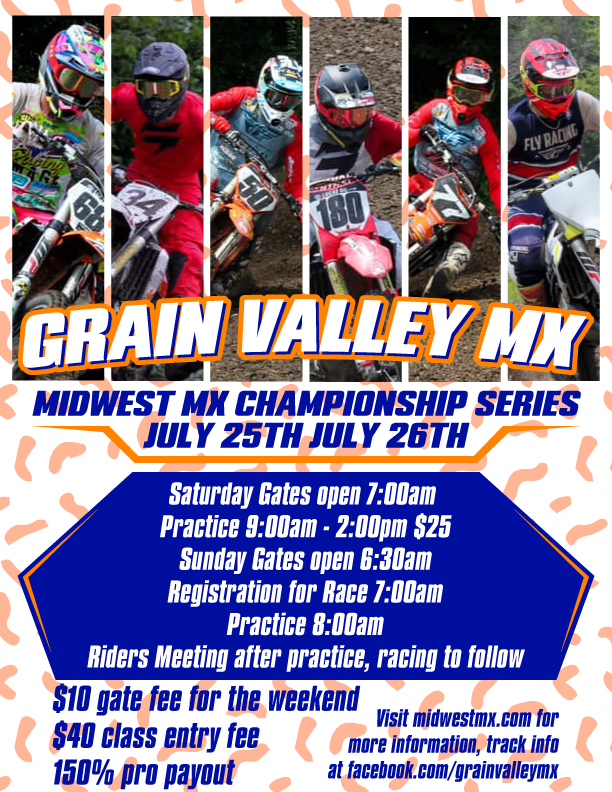 Crutcher’s Corner | A Week In The Life Of JC
Michael Antonovich July 15, 2020

Crutcher’s Corner | A Week In The Life Of JC