Dean Wilson | Out For Remainder Of 2020 Pro Motocross 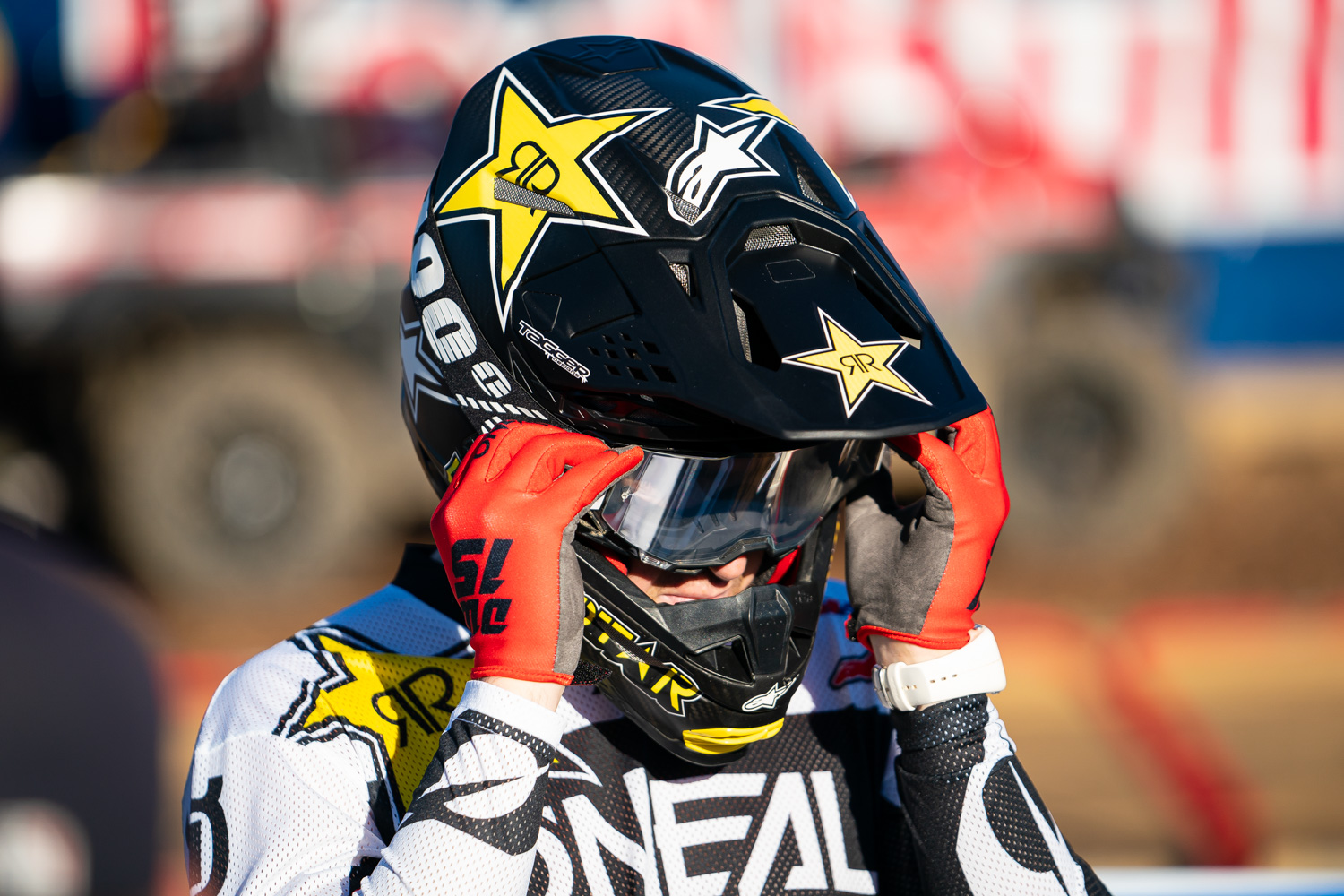 Bummer. The Rockstar Energy Husqvarna Factory Racing team has announced that Dean Wilson will miss the remaining four rounds of the 2020 Lucas Oil Pro Motocross Championship due to a “slight tear in his left meniscus.” Per the press release, the injury occurred in a practice incident last week and surgery will be required to repair the damage, but doing the procedure now will allow Wilson to get through the recovery and return to action in time for his job with the factory team in the 2021 Monster Energy Supercross Series.

This is unfortunate news for Wilson, who is no stranger to knee injuries. The tall and fast Scotsman has gone under the knife to have torn ligaments repaired multiple times after incidents in 2015, 2016, and 2018, all injuries that changed the course of Wilson’s career. The 2015 and 2016 injuries were practically back to back. It started with a crash at the practice track in early January 2015, a long recovery, and then another incident just three rounds into the 2016 Supercross season, a timeline that took up almost the entirety of his contract with Red Bull KTM.

Wilson returned to action for the 2017 Supercross series aboard a privateer Yamaha YZ450F and was pulled into the Rockstar Energy Husqvarna Factory when Christophe Pourcel was sidelined with an injury, a fill-in ride that eventually led to a factory contract in 2018. Unfortunately, Wilson hurt his shoulder at Anaheim One, torn the ACL in his left knee during practice at Anaheim Two, and then did the same to the right knee after a run-in with a rider at a practice track just before the start of the Nationals, injuries that required surgery on both legs.

Dean kept close ties to the Husqvarna crew, and although he was not re-signed for the 2019 season, Husqvarna and other sponsors helped him through the handful of races he did as an “independent rider” in Supercross. When Jason Anderson was sidelined with a broken arm, Wilson was brought back under the factory tent and he’s maintained his place on the team ever since, including a recently announced contract for the 2021 Monster Energy Supercross Series and Lucas Oil Pro Motocross Championship.

Despite the rough run of injuries through his career, Wilson has become one of the more popular guys in the field, thanks to the YouTube videos he puts out from time to time, like the Grandpa Earl skit at Pala or the mini bike giveaways to young riders. That popularity has led to some big sponsorship deals for Wilson, including the recently announced extension with O’Neal Racing and ongoing support from Alpinestars, GoPro, Rockstar, and Artificial Grass Liquidators.

All things considered, the 2020 season was good up to now. A dislocated hip at the 2019 Monster Energy Cup nearly convinced Wilson to quit racing, but instead, he went through the full therapy routine to be on the starting line at the opening round of the 2020 Monster Energy Supercross Series, raced himself back into shape, and earned a Heat Race win and a Main Event podium result during the races in Utah. Wilson is currently ranked 10th overall in the point standings of the 2020 Lucas Oil Pro Motocross Championship, thanks 12-9-20-11-8-8-12-11-11-11 finishes, but will fall down the order as competitors score points in the eight remaining motos. 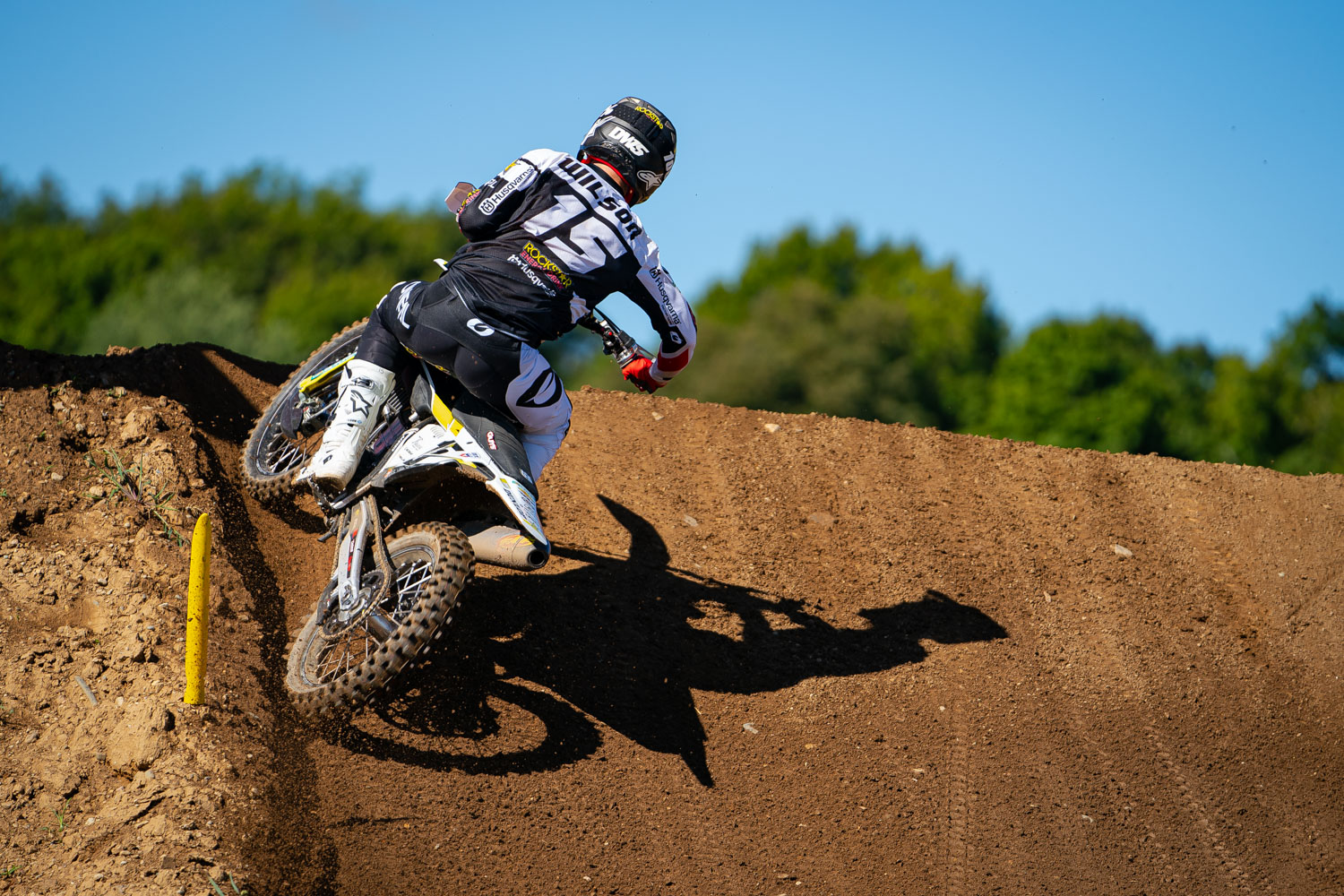