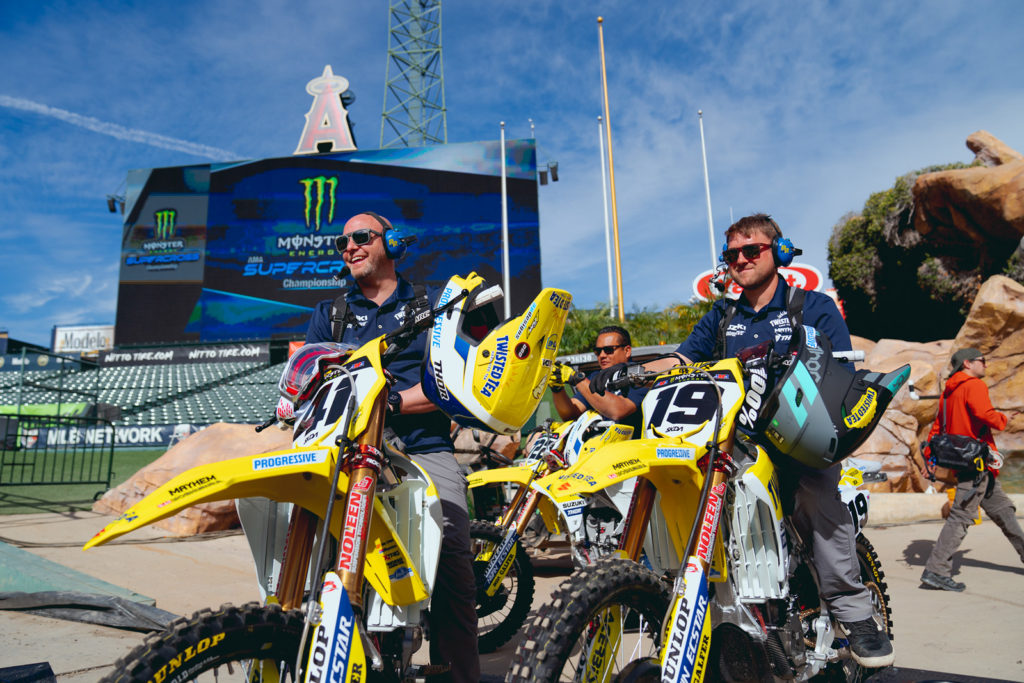 This episode is another team manager talk where I spent an hour on the phone with Dustin Pipes going over the Twisted Tea/HEP Motorsports/Suzuki squad of Justin Bogle, Brandon Hartranft, and Adam Enticknap.

Dustin does a great job of spreading the praise to everyone involved in the team, including the crew in charge of the RM-Z’s setup, the decision-makers at Suzuki who know the importance of racing, and the people who help secure sponsorship agreements from corporations like the Boston Beer Company or Progressive Insurance. He knows their efforts are what allowed HEP Motorsports to get to its current level, and if things continue at this rate, they’ll be the ones who benefit the most when the team reaches its competitive goals on the track.

Although some use Suzuki as a weekly punchline, Pipes pointed out that the business world does not have the same perception of the company. Instead, he says the OEM’s global presence and winning history have helped draw non-industry sponsors to the team.