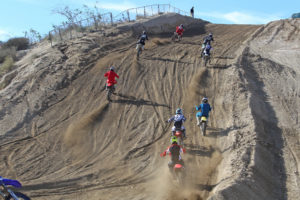 The gate has dropped on the 2022 Swapmoto Live racing season!   The first round of the El’ Dorado race series rolled through Glen Helen Raceway with packed gates and lots of early season competition throughout the day.   AMSOIL has returned as a presenting sponsor, and is now joined by Dirt Bike Kidz as a second presenting sponsor.   If the opening round is any indication, it will be another strong year for Southern California motocross racing with all of the SML series.   The Glen Helen crew had both tracks in perfect condition with long flowing circuits utilizing the well known hills around the outside of the tracks.  This year there is now a 50cc Open class that raced on the main track and it was great to see the small bikes charging up the hills and coming down Mt. St. Helens. 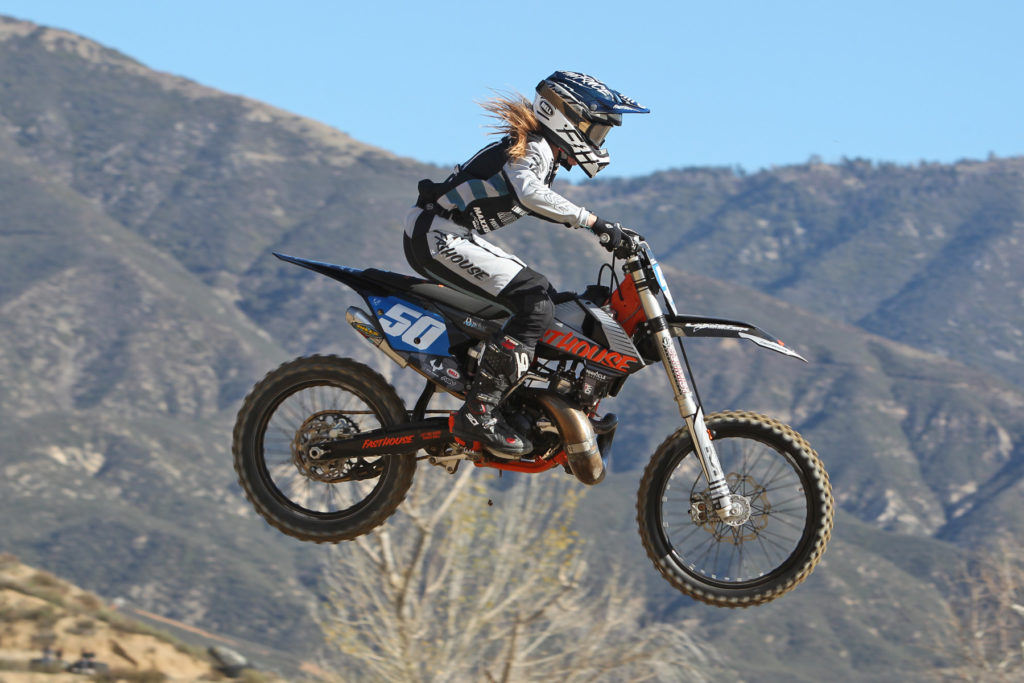 Viviana Contreras entered three classes at the first round of the El’ Dorado series.  She started out the day in the Women’s Open class, then followed up with the 450 Intermediate class in the very next moto giving her back to back races with no break.   The Women’s Open class was all hers that day, taking both moto wins over Destiny Burgess, who made the trek to Glen Helen from Utah.   The Utah rider wasn’t able to keep the pace that Contreras had during the race, but put in very impressive results.  Contreras went directly from the finish line of the Women’s Open class to the 450 Intermediate class twice during the day, putting in 9-9 moto finishes to take 10th place.  In the very competitive 250 Intermediate class later in the race order, Contreras had 10-7 placing in her motos which was good for 8th place overall.   With the back to back motos and keeping strong pace all day, Contreras had an impressive performance. 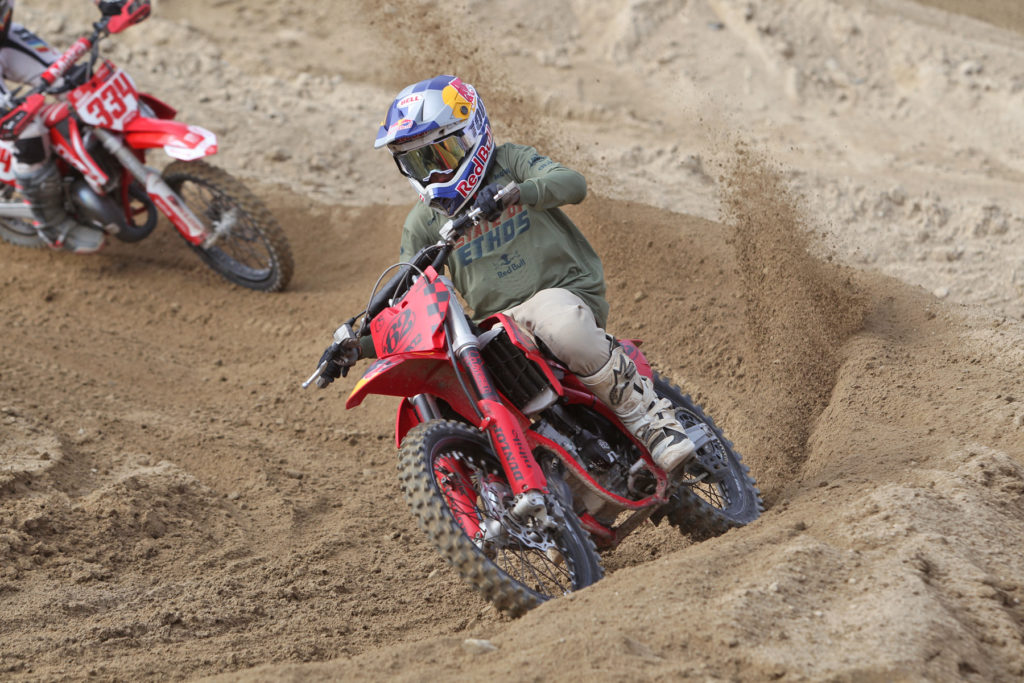 Kelana Humphrey had a busy day at the opening round of the series.  Humphrey raced in three classes and took the overall win in the Supermini with 1-1 finishes and 2nd in the 85 Big Wheel Open classes with 1-2 results.  In the 85 Big Wheel class Humphrey got the early lead, but Nathan Abbot kept within striking distance the first moto, the two were inseparable throughout the race, never more than about one second apart.  At the checkered flag, Humphrey held on to his lead to win the first moto.   Moto 2 saw Abbot get the holeshot and get into the lead, holding on until the finish line with a 1.8 second margin of victory.    Humphrey was also to claim one moto win in the 125/250 14-16 Schoolboy class. 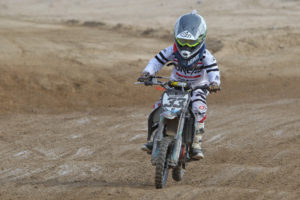 Shane Smith took the win in the 50cc 7-8 year old class.  In the first moto, he started off in second place, chasing Shane Kuhn.  After two laps of racing, Smith closed the gap and was able to make the pass for the lead on the third lap.  Kuhn dropped back into second as Smith opened the gap and took the win in the first moto.   In the second moto, Smith charged to the lead straight out of the gate, Kuhn was able to keep him in sight in the opening laps, but as the race wore on, Smith stretched out the lead to take 1-1 finishes to win the class.  Kuhn followed with a 2-2 performance for 2nd overall.