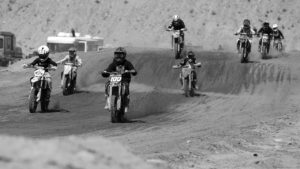 Round four of the AMSOIL DBK El Dorado race series is officially in the books, as racing went off this past weekend at LACR and man, it was another fun one! The cool temperatures and recent rain seemed to appeal Southern Californian racers, as hundreds of riders joined us at the well known Palmdale, CA facility. The track crew prepped both of the fast and fun courses to perfection, including their all-new main track layout. As the dust settled, hundreds of riders left LACR with smiles on their faces, as they were able to enjoy a day throwing down laps and doing battle. 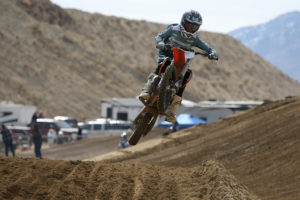 Swapmoto Race Series regular Max Shane made an appearance at the fourth round of the AMSOIL DBK El Dorado series. Max seemed to like the new layout at LACR, as he ripped around the fast, sandy track with ease aboard his KTM 85SX. Before the day came to an end, Max dominated in the 85cc 12-13 yrs class with two moto wins. Following his success in that class, the youngster from Oceanside, CA went on to sweep the 85cc 13+ Open class with another two moto wins. 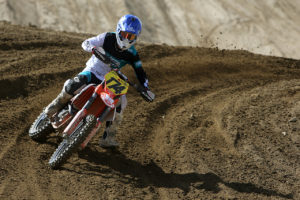 Along with the familiar faces, the fourth round of the El Dorado series saw some new names on the entry lists. Zane Mellafont came out to LACR to do some racing and made his name known by the end of the day. Aside from one moto, the up-and-coming talent out of Canada managed to snag the lead in each race he lined up for, ultimately resulting in five individual moto wins. At the end of the day, Zane left LACR having earned the overall victory in both the 250cc and 450cc Intermediate classes, as well as the 125/450 Open Novice/Intermediate class.