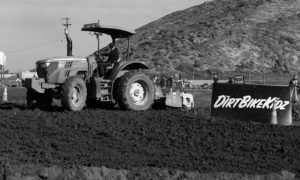 And that’s a wrap! The AMSOIL DBK El Dorado race series is officially in the books, as the series finale went off this past weekend at State Fair MX and man, it was another fun one! Perfect temperatures and cloudy skies seemed to appeal Southern Californian racers, as hundreds of riders joined us at the well known Perris, CA facility. The track crew prepped both of the fun courses to perfection, including their all-new main track layout. As the dust settled, hundreds of riders left State Fair MX with smiles on their faces, as they were able to enjoy a day throwing down laps and doing battle. 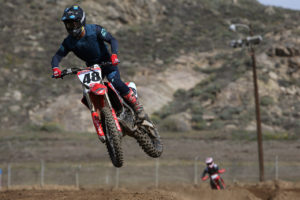 Swapmoto Race Series regular Desmond Spears made an appearance at State Fair MX for the El Dorado series finale. The local-pro out of Campo, CA laid down some serious fast laps aboard his Honda CRF450R and proved to be the guy to beat in both the 450 Pro and Pro Open classes. As the checkered flag waved for the final time at State Fair MX, Desmond had earned four individual moto wins and swept both classes he competed in. 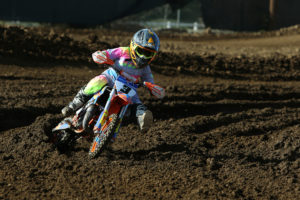 As for the youngsters, Chase Brennan rode his KTM 65SX to some impressive finishes in both the 65cc 9-11yrs and 65cc Open No Beginners classes. The kid out of Winchester, CA raced his way into the lead despite what place he came around the first corner in and ultimately dominated in each race he lined up for. At the end of the day, Chase left State Fair MX with four-individual moto wins on his 65cc and some experience in the 85cc Novice class. 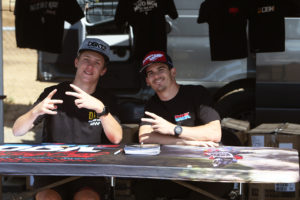 The guys at Dirt Bike Kidz welcomed us with their presence at the El’ Dorado series finale and brought DBK’s very own Carson Mumford and Coty Schock out to sign some autographs. Race series spectators and racers lined up at the DBK booth throughout the day to buy merch and take pictures with the pros.