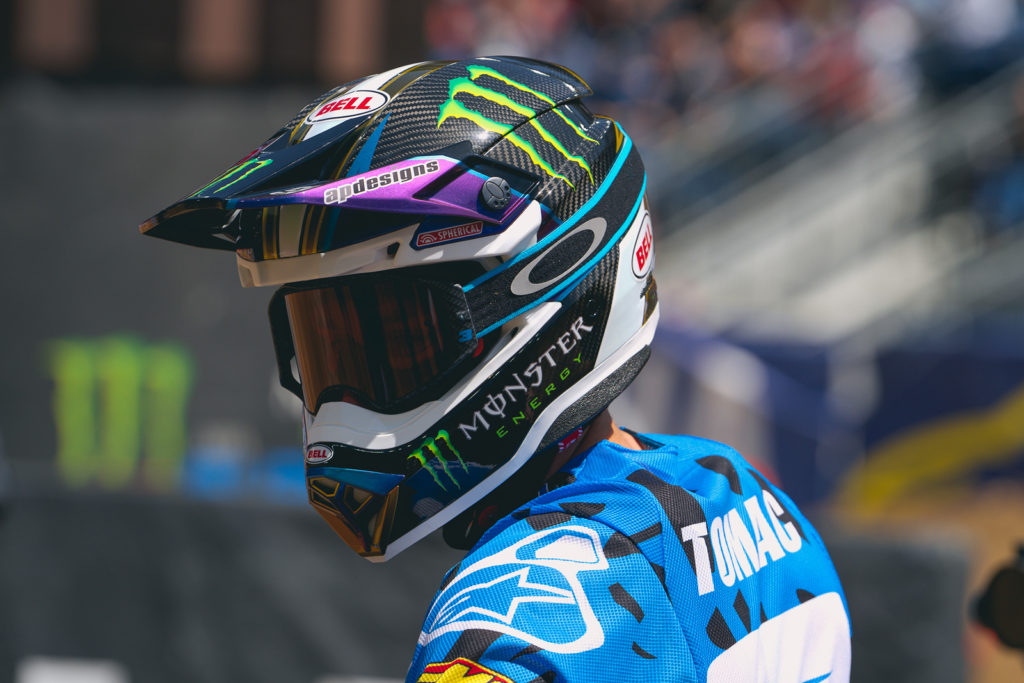 VOTE FOR ELI TOMAC IN THE 2022 ESPY AWARDS

Eli Tomac’s monumental year continues with another accolade, a first-time nomination to win the ESPY for Best Athlete in the Men’s Action Sports category. The 29-year-old cemented his status as one of the sport’s all-time greats in 2022 after an audacious move to Monster Energy/Star Racing/Yamaha for a chance to ride the YZ450F led to his second 450 SX title in the Monster Energy Supercross Series and an ongoing battle for a fourth 450 MX title in the Lucas Oil Pro Motocross Champion. Fan voting for the award, which pits Tomac against Olympic gold medalists in Skateboarding, Skiing, and Snowboarding, runs through Saturday, July 17 at 8:00 p.m. ET. 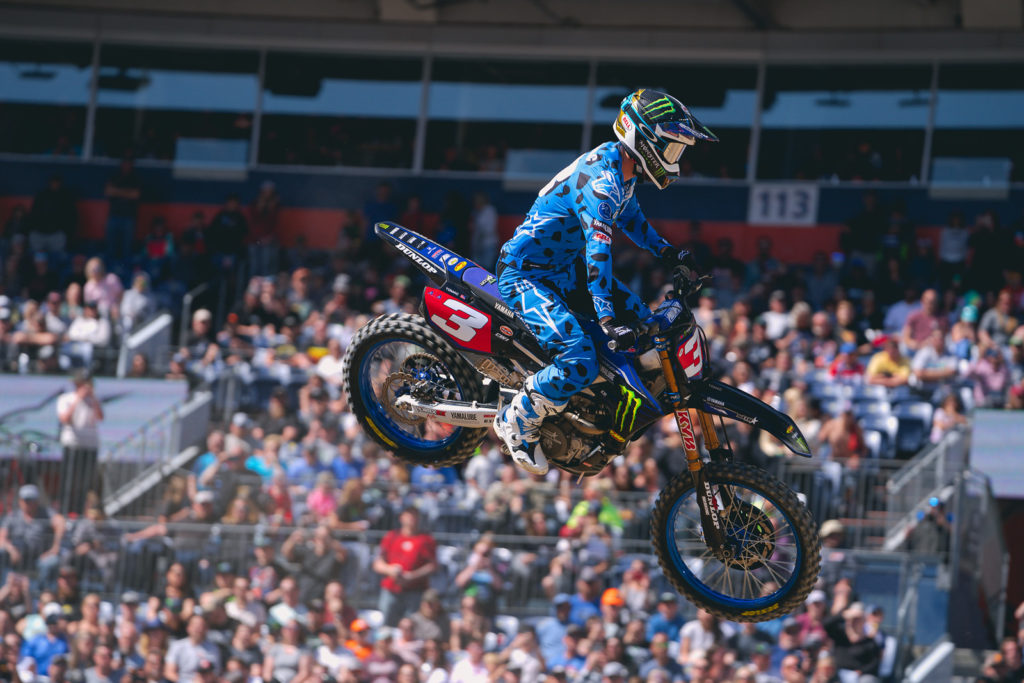 Seven Main Event victories during the Supercross season, five of which happened in a row, rocketed Tomac up the All-Time Wins list. A current career total of 44 checkered flags puts Tomac fourth overall and in a tie with fellow two-time champion Chad Reed.

The crowning moment of the championship at the Denver Supercross couldn’t have been scripted better. The Colorado native whipped the crowd into a frenzy when he led every lap of the Heat Race, plotted his way through the Main Event, and finished fifth in the Main Event, enough to earn the number one plate. Getting it done at the penultimate race was bigger for Tomac than anyone realized; he had been nursing a torn MCL in his knee since round fourteen and was the cause for noticeable fades late in the feature races.

Tomac is currently ranked second in the 450 Class standings for the Lucas Oil Pro Motocross Championship, and an ongoing run of good results has brought him within one point of Chase Sexton. Seven Motos wins and three Overall victories so far have upped Tomac’s career totals to 65 Podiums and 30 Overalls.

Monster Energy/Star Racing/Yamaha and Tomac announced they had signed a one-year, Supercross-only contract extension for 2023. The rider has indicated that this summer will likely be his last as a full-time Pro Motocross competitor but has committed to international events like the opening round of the FIM World Supercross Championship and the Paris Supercross. 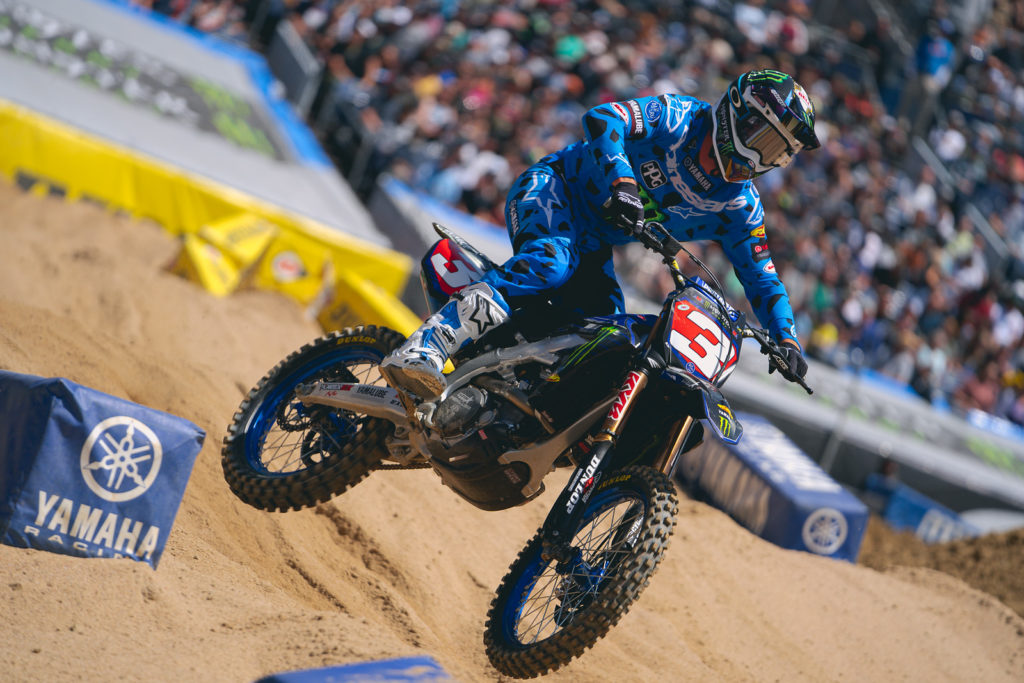 This is Tomac’s first nomination for an ESPY, but MX has been a part of the ESPN-run award show for years, including wins in the same category by Ryan Dungey’s in 2015 and 2016, and a nomination by Cooper Webb in 2021. Voting runs through Saturday, July 17 at 8:00 p.m. ET. and participants can cast their picks once daily. 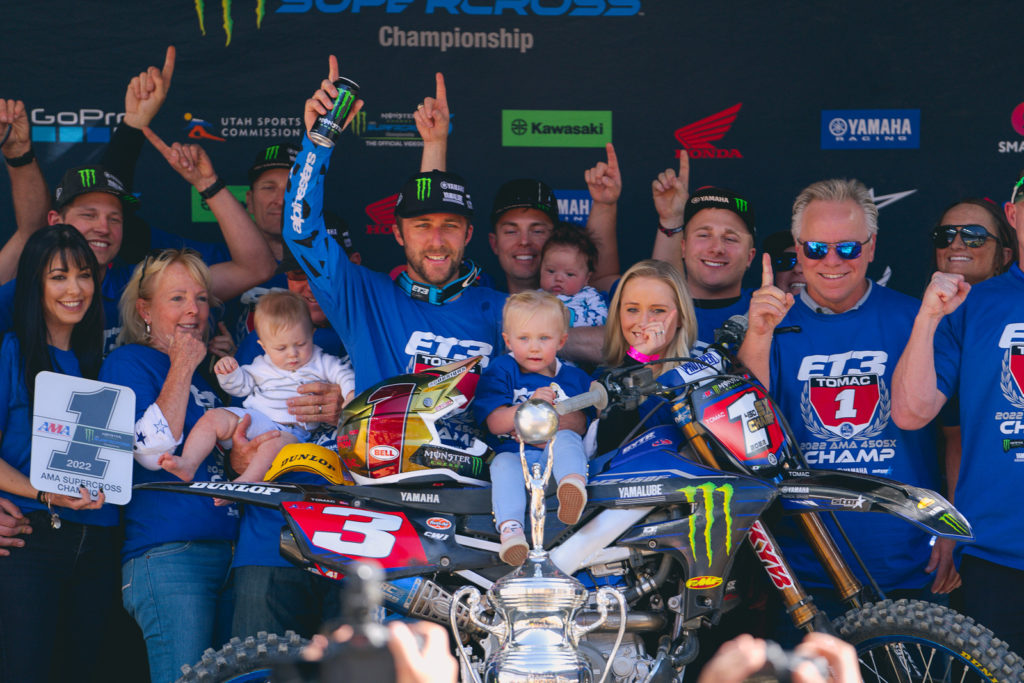 2022 RedBud Motocross | How Was Your Weekend