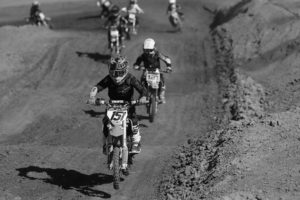 Round three of the AMSOIL Fall Classic race series is officially in the books, as racing went off this past weekend at Perris Raceway and man it was another fun one! The cool temperatures seemed to appeal Southern Californian racers, as hundreds of riders joined us at the well known Perris, CA facility. The track crew prepped both of the technical and fun courses to perfection, making for some exciting racing throughout the race-day. As the dust settled, over 400 riders left Perris Raceway with smiles on their faces, as they were able to enjoy a day throwing down laps and doing battle. 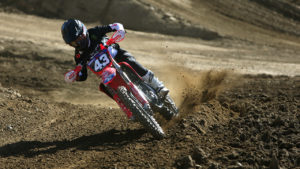 Long-time Swapmoto Race Series attendee Noah Viney made an appearance at Perris Raceway for the third round of the AMSOIL Fall Classic series sporting his new look for 2022. Noah has recently made the jump up to big-bikes, and with help from his coach Ryan Hughes, the youngster is already looking right at home aboard his Seven MX, ODI, BTO Sports backed 2022 Honda CRF250R.  There’s no doubt in our minds that Noah turned the fastest, and certainly smoothest, laps of the weekend in both the Pro 250F and Open Pro (125-450F) classes. After snagging the win in each moto he contended in, we look forward to seeing more of Noah Viney on the big-bike. 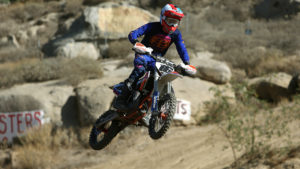 Fresh off some success at the 2021 Mini Major West, Storme Hawks ventured out to the third round of the AMSOIL Fall Classic series. We’ve alway kept an eye on the number-16 KTM rider, but Storme really caught our attention a few weeks back; while he battled for the Supermini titles at Mini Major. As for racing this past weekend, Storme couldn’t have asked for a better day at the races, as he dominated in each moto he lined up for. At the end of the day, Storme left Perris Raceway with six more moto wins to his name and three overall class victories! 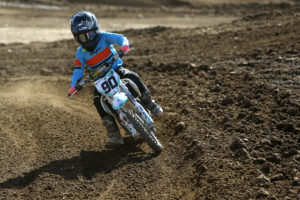 How about young Cooke! Swapmoto Live’s own Reegan Cooke has been steadily progressing over the last year or so, and it’s really starting to show on race day. Back at the 2021 Mini Major West, we got to witness Reegan take home a moto win and his dad’s proud reaction after doing so. This past weekend, Reegan snagged some good starts and ended up on-top in three of his four motos. As the dust settled, Reegan left Perris Raceway having earned the Novice 65cc overall win with his impressive 1-1 performance. Way to go, buddy!

The Trans Am Vet Classic is this weekend!!! We layout a special track with sections on Main and Vet and all the hills! All classes are 25+ years and up. Pre register at www.swapmotoraceseries.com @ogio_powersports @waltersmbsprinter @matrixconcepts @swapmotoraceseries @zingginc
Friday
Open Practice 11-2pm
Father Son Race Mini and Big Bike Class
2:30 start
Gates close at 8pm

The Mini Major West by @sevenmx_ is in the books! Make sure you save the date for future rounds and don’t miss a single stop! Please make note we did move the Championship date @freestonemx by one week to help with a local race event conflict. Next up is @monstermountainmxpark on the Mini Major a schedule. 🤘

That’s it!!! Another amazing and shocking Seventh Anniversary Mini Major West by @sevenmx_ in the books!!! This year was incredible and unique in many ways. Congratulations to all those who went home with trophies and for those who’s weekend may have ended early we hope for better luck next time. Tons of coverage coming on www.swapmotolive.com so stay tuned! Tag us in your stories so we can see your experience and re post. 🤘

Saturday we will race until #15! Championships will be rewarded between race 9-15. Top three riders will need to meet at the podium 15 minutes after the race is concluded. Sunday we will start with race 16-30 then 1-8 to complete the Championships!

The calm before the storm! Mini Major by @sevenmx_ hits day 2 of racing today! Schedule starts on race 9. Site lap at 8am. At 1pm we will post what race schedule ends on.

Being in this CA desert sure has us dreaming about @monstermountainmxpark and the beautiful dirt they have! Can’t wait until the Mini Major East Aug 19-22 🤤

Trying to build a race schedule with this many classes is extremely difficult. When riders have multiple bikes and sign up for eight classes there are bound to be some close races for some. We really go the extra mile to accommodate as many people as we can. Here’s the race schedule we start with tomorrow! The Seventh Annual Mini Major by @sevenmx_ riders meeting at 7:30. Site lap for Moto 1-10 at 8am.

Great first day at the SEVENTH Annual Mini Major West by @sevenmx_ Lots of laps and fun today. Three Moto format starts tomorrow. Race order will post tonight. Riders meeting at 7:30am at registration. Site lap at 8 then off we go! 📸 @chasecurtis_