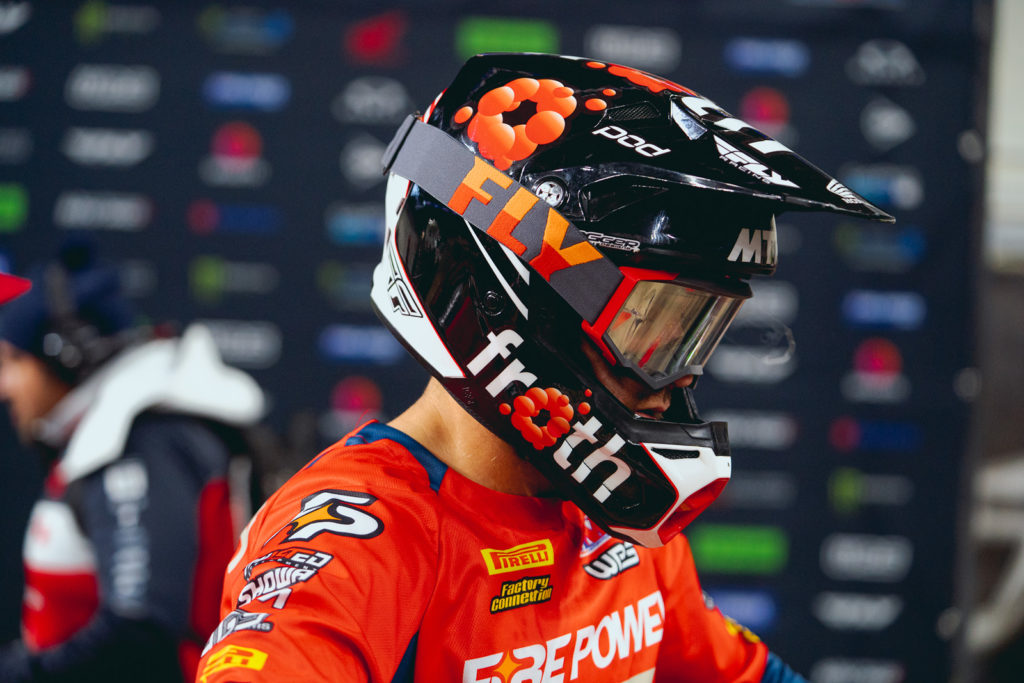 SX Global announced Honda Genuine Honda Racing and Muc-Off/FXR/ClubMX have been granted licences to compete in the FIM World Supercross Championship. Commitments by the Australian and American operations to field eight riders in the SX1 and SX2 categories (four riders per team, two riders per class) during the three-round “pilot tour” will earn them a portion of the $50-million dollar fund that’s been put forward by the newly organized series. The two groups share a number of similarities: the long-established, privately-owned passion projects have become contenders at the highest levels of racing, are backed by OEMs and industry brands, and are based at training facilities. Although rider rosters were not part of the press release, recent signings by the teams indicate who will line up in Cardiff, UK, for October’s opening round. 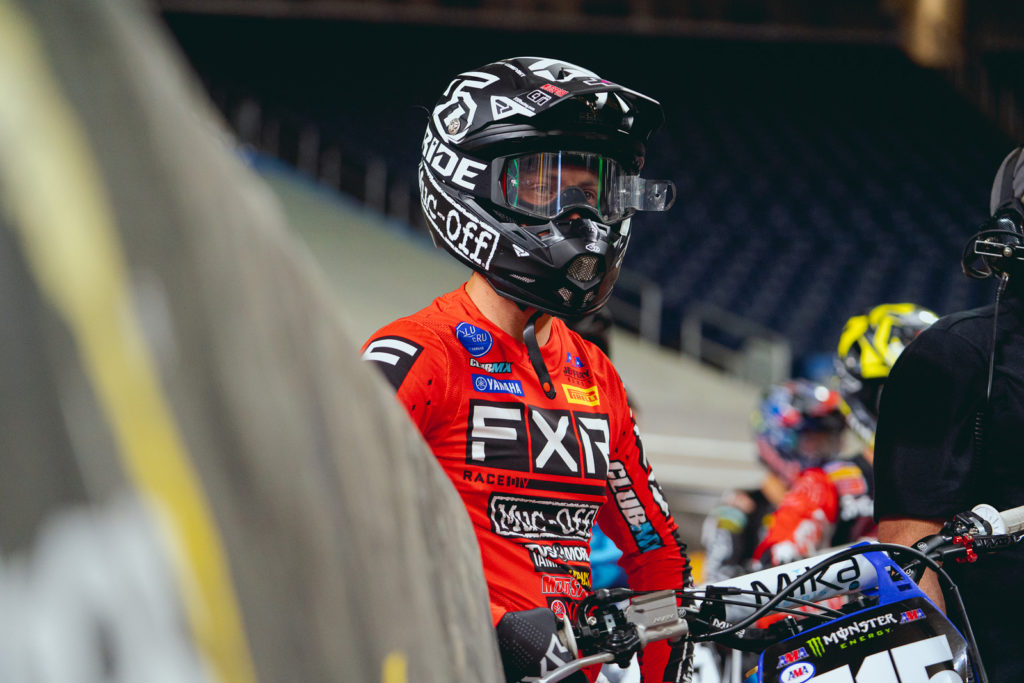 Honda Genuine Honda Racing is led by Yarrive Konsky and managed by Martin Davalos. Konsky has worked with Honda Australia for two decades, an association that has amassed SX-MX championships in the home territory through Factory Honda and allowed the Team Director to go to America with Fire Power Honda. The infrastructure of Honda Genuine Honda Racing will be a mix America and Australia; the team will use the US base at MTF for testing and training, while the Aus race shop will be key during the swing through the Southern Hemisphere. Max Anstie and Wilson Todd will be the team’s SX2 competitors, as both riders have active contracts with the team, while Dean Wilson is expected to get one of the SX1 slots as part of a 2023 agreement. Honda’s Oz division will sponsor the team through its Honda Genuine line of chemicals. This signals some level of involvement/interest by the OEM in the new series and may led Ken Roczen to being placed under the canopy, should he renew his deal with Team Honda HRC.

Muc-Off/FXR/ClubMX is a joint venture by Brandon Haas and Scott Jeffrey. Haas is the owner-operator ClubMX, a South Carolina training facility that boasts tracks, trainers, and wellness coaches, while Jeffrey owns a construction company and other businesses in Canada. The two linked up in 2018 and have turned the camp’s race division into a competitive force through a commitment to full-time competition, improvements to Yamaha equipment, contracts with race-winning riders, sponsorships from like-minded brands, and the addition of a 450 program. Although Muc-Off/FXR/ClubMX has already set and publicized its rider roster for the 2023 AMA SX season, it may not be an exact copy-paste for WSX; Jeremy Martin(SX2), Enzo Lopes (SX2), and Phil Nicoletti (SX1) are all expected to go, but it’s unclear if Garrett Marchbanks will. 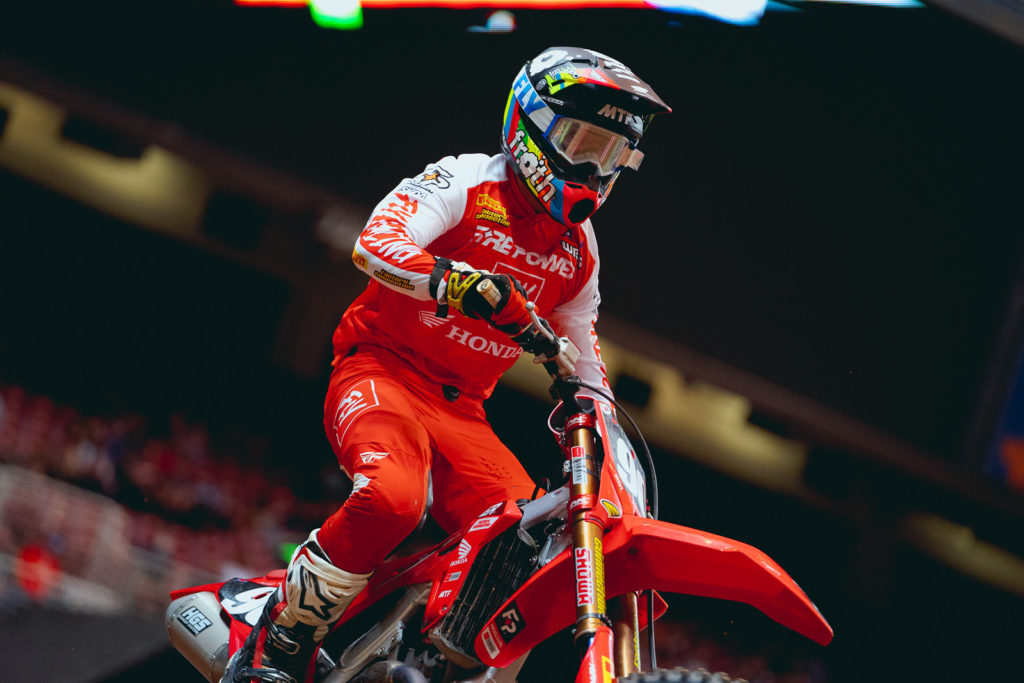 SX Global, the Australian sports and entertainment company spearheading the FIM World Supercross Championship (WSX), today announced the addition of two more teams to its lineup of 10 exclusive team licenses for its global WSX Championship kicking off on Saturday, October 8th in Cardiff, Wales at Principality Stadium, including Honda Genuine Honda Racing and Muc-Off/FXR/ClubMX. These two established veterans in Australian and American motocross and supercross provide the WSX a deeper foundation of teams in cornerstone markets, paving the way for a successful pilot season.

The latest teams and principals are broken down in greater detail below:

Honda Genuine Honda Racing – Yarrive Konsky: An incredibly rich history in Australian and United States Supercross, Yarrive Konsky’s career with Honda spans two decades. The highly competitive team’s and stable of experienced riders have won the last four Australian Supercross Championships making them an ideal team for the FIM World Supercross Championship. Based out of the Millsaps Training Facility in the United States, The team is managed by former racing star Martin Davalos, who competed at the highest level in American Supercross and Motocross, with seven wins to his name. The prominent Ecuadorian spearheads the day-to-day operations of the U.S. racing program and will oversee the team’s growth on a global stage.

Muc-Off/FXR/ClubMX – Brandon Haas and Scott Jeffery: Owner of ClubMX, Brandon Haas turned his Minnesota backyard project into one of the most highly respected training facilities in the world. A former professional rider, Haas opened ClubMX to provide riders everything they need to hone their craft with a year-round, state-of-the-art training facility, including four motocross tracks, four supercross tracks, and a full staff of riding coaches, fitness trainers, a nutritionist and full-time chef, physiologist, orthopedic and track crew. In 2018, Haas partnered with Scott Jeffery, a builder and businessman with a successful history in Canadian motocross, to start the professional ClubMX race team, which has grown into a well-established and reputable program competing in supercross and motocross.

“With the addition of Honda Genuine Honda Racing, who brings a unique combination of success in American and international competition, and Muc-Off/FXR/ClubMX, who has an established Supercross team in the states with a state-of-the-art training facility, to the WSX Championship it continues to reinforce a rock-solid foundation of experienced, competitive teams for this global Championship,” said Adam Bailey, director – Motorsport of SX Global. “From day one, our priority has been ensuring the highest levels of sophistication, talent and competition for this championship, and these two licensed teams deliver on that promise in spades.” 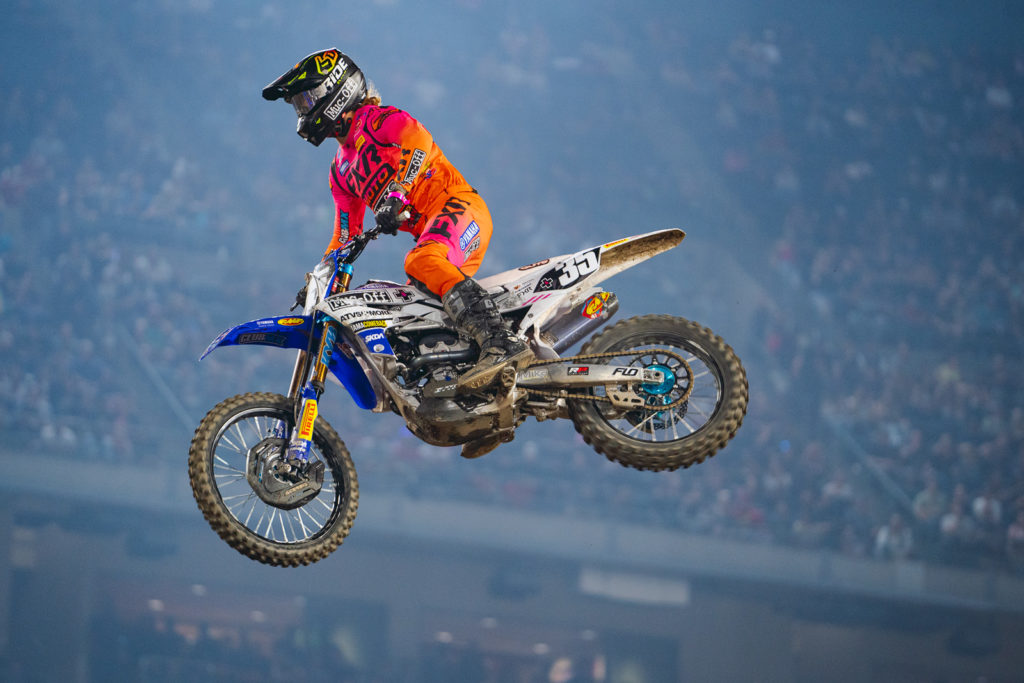 Checking In With Brandon Haas Of ClubMX
Michael Antonovich March 19, 2021

Checking In With Brandon Haas Of ClubMX