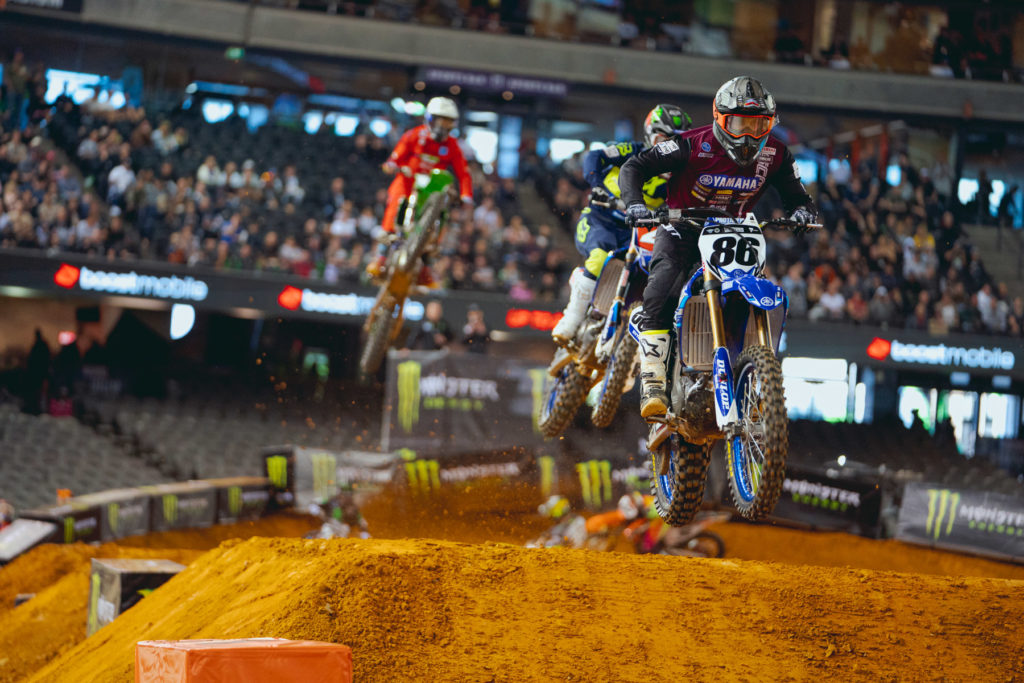 SX Global has announced that MDK Motorsports, an operation with a background in racing and connections to the finance industry through owner Mark Kvamme’s investment firm Drive Capital, is the seventh team to be awarded a license to compete in the FIM World Supercross Championship. In addition, former professional racer Jamey Grosser will work with Kvamme’s group for the newly launched series. Their entrepreneurial experience and organizational efforts will be put towards fielding four riders (two in SX2, two in SX1), as required by the charter.

Motocross fans should already be familiar with MDK Motorsports. The group rose to prominence in the early 2000s with Nick Wey and David Vuillemin aboard white Honda motorcycles and expanded into a “two-team” program through an agreement with KTM in 2007. MDK exited pro motocross following the economic collapse of 2008 and turned its attention to other forms of motorsports, including the Porsche Carrera Cup North America, Porsche Sprint Challenge North America, and the 24 Hours of Le Mans.

Kvamme’s professional resume includes time as president of JobsOhio, partner at Sequoia Capital, chairman and CEO of CKS Group, and founding partner of Apple France. According to the Wall Street Journal, his current company, Drive Capital, is an Ohio-based venture capital firm worth $1.2 billion. In addition, Kvamme is an accomplished amateur driver with a race record that includes finishes in the WeatherTech SportsCar Championship and the Asian Le Mans Series (Kvamme drove with Rick Ware Racing, another team active in WSX, during the Asian Le Mans Series).

SX Global noted that details for the pilot season, including the three remaining teams, rider lineups, and the locations and dates for the “up to four races” that will occur between October and November, will be announced in the coming weeks.

As has been the case with the six previously announced teams, MDK is highly capable of fielding competitive offerings in the SX1 (450cc) and SX2 (250cc) classes with significant years of operational and competitive experience at the highest levels. Moreover, the team and their management enter the WSX Championship powered by a vision and desire to elevate supercross globally through this dynamic series.

By early July, SX Global will round out the exclusive WSX 10-team field with its final three teams, while rider lineups for each team continue to take shape. Official word from SX Global on its first slate of WSX Championship rounds is also forthcoming.

The latest team principal is broken down in greater detail: MDK Motorsports – Mark Kvamme: Mark Kvamme, a successful entrepreneur and venture capitalist is a long-time industry veteran and former Supercross team owner, who is well versed in championship-level racing, both in the driver’s seat and as an owner. He brings a wealth of operational and technical experience across multiple motorsports and business in general. Combined with his knowledge and understanding of Supercross, he is set up to deliver a first-class and highly competitive race operation.

“MDK Motorsports adds another proven and respected American team to the WSX Championship, and we’re excited to have a strong foundation of established and recognized American operations,” said Adam Bailey, managing director – Motorsport of SX Global. “As our competitive line-up takes form, teams are working feverishly to lock in and announce riders and I have no doubt that fans are going to be excited by the news to come. There’s a powerful sense of momentum as we finalize details in preparation for our official Championship round
announcements.”

Adam Bailey Looks Back On Year One Of World Supercross
Michael Antonovich December 19, 2022

Adam Bailey Looks Back On Year One Of World Supercross

2022 WSX Australian GP | How Was Your Weekend