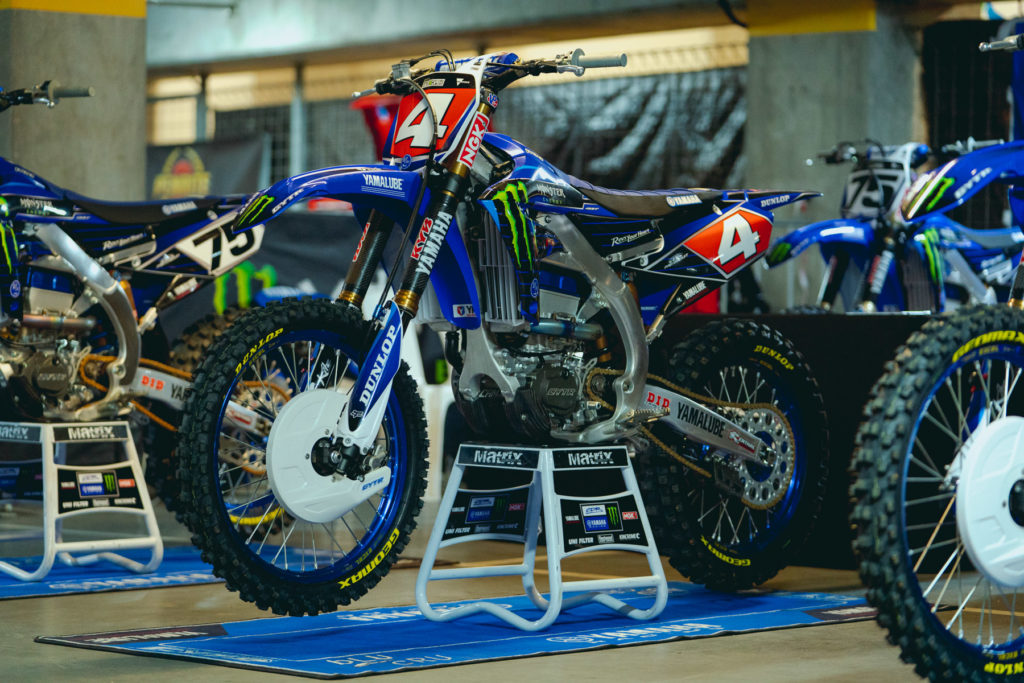 SX Global has announced Craig Dack Racing and Rick Ware Racing have secured licenses to participate in the new FIM World Supercross Championship and will line up alongside the four recently-confirmed teams when the series starts its pilot tour in the final months of 2022. The operations and their namesakes bring years of racing experience and international recognition to the growing paddock, which now has four licenses and sixteen rider positions between the SX1 and SX2 divisions left to be filled.

CDR’s commitment to the series has been expected for some time, thanks to its status as Yamaha’s premier program in Australia and competitive history at past events put on by members of the SX Global group. Led by motocross icon Craig Dack, the team has claimed fifty Australian championships with a list of riders, including Chad Reed, Darryl King, Jay Marmont, Josh Coppins, and Dean Ferris. CDR Yamaha Monster Energy Team is currently competing in the AUS Pro MX season with Aaron Tanti leading the MX1 championship and Luke Clout on the sidelines with spiral fractures of his tibia and fibula and a separate fracture in his ankle.

Rick Ware Racing’s participation is a surprise that confirms claims by SX Global that organizations from other forms of motorsport are interested in securing a competition license. Although RWR is known in auto racing circles and currently fields two cars in NASCAR Cup and one in INDYCAR NTT, the group has a diverse history in motocross, including Ware’s early days a racer in Southern California, a period of involvement with the TUF Racing program in Arenacross, and support to Danny Smith, Chad Johnson, Brock Sellards, Jeff Dement, Jessica Patterson, and Vicki Golden. RWR’s currently sponsorship portfolio includes Hunt Brothers Pizza, Nurtec OTD, Panasonic, and Morton Buildings, and technical support agreements with Roush-Yates, Ford, and Honda.

“I am excited and honored to be selected as one of ten team owners globally, to be a part of the inaugural WSX Global Racing Series,” said team owner Rick Ware in the team’s press release . “Supercross has been a huge part of my racing career when I was younger, and I’ve always wanted to get back to my roots.

“I’ve been waiting for the right opportunity to get back into supercross, and this new ownership model is truly unique in the world of motorsports, very similar to F1, Moto GP and NASCAR,” he continued. “Being part of WSX allows for RWR to expand our reach globally, while also being part of an exciting new opportunity in the supercross arena. We are very aware of the success that Tony Cochrane has had in V8 Supercars, and have no doubt that this new series will be just as successful.”

SX Global’s press release, which is posted in full below, also states that forty teams from around the world have expressed interest or submitted applications for the remaining licences, and this will be determined in the coming weeks.

In other World SX news, we have learned locations for this year’s pilot tour should include the United Kingdom, Australia, Indonesia, and the United Arab Emirates, with events taking place in October and November. 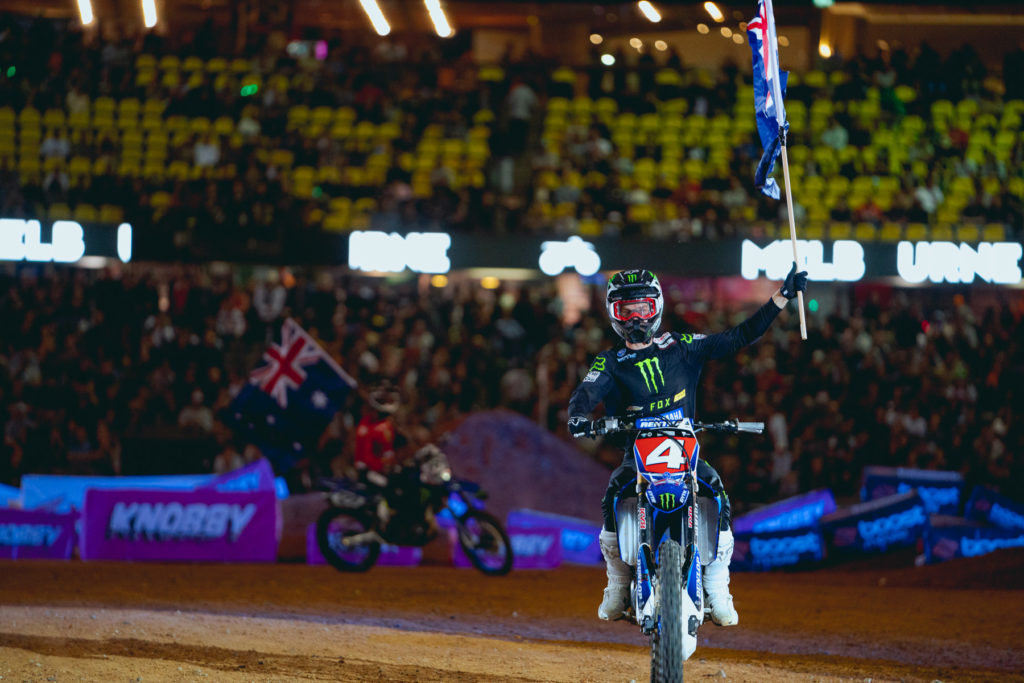 SX Global, the Australian company spearheading the FIM World Supercross Championship (WSX), today announced the next two of the 10 exclusive team licenses it will issue for its global championship. The two teams include Australia’s Craig Dack Racing (CDR) and American Rick Ware Racing, whose extensive experience includes NASCAR and IndyCar racing teams, as well as American supercross dating back to the early 2000s. The CDR team adds Australia to the international footprint of the global championship while bringing supercross powerhouse, Monster Energy into the mix.

As with the first four teams announced last week, these two teams bring the highest levels of experience in professional supercross and motocross in both the 450 and 250 classes, while also bringing a shared vision and spirit of collaboration in elevating the sport through this dynamic global series. Combined with the French representation of Bud Racing and GSM Yamaha teams, the Australian representation underscores the Championship’s global emphasis and overriding mission of reinforcing and increasing supercross’ relevance in key international markets.

Over the coming weeks, the WSX four remaining licensed teams will be announced, completing the exclusive 10-team field. These latest two and team principals are broken down in greater detail below:

“Aside from operating and competing at the highest levels of the sport, the addition of Dack’s Monster Energy Yamaha team expands the international relevance to our backyard where we have a storied history of popular supercross events in Australia, while also bridging across the broader realm of prominent American auto racing through Rick Ware’s history in NASCAR and IndyCar racing,” said Adam Bailey, managing director – Motorsport of SX Global. “It’s incredible to see the intensive demand for these exclusive licenses with teams at the highest levels of competition, and with the sophistication and commitment to support and sustain a truly global Championship.”

“Our ambitions and plans have faced incredible skepticism, but for those that have doubted us, or continue to do so, we hope this lineup of credible, powerful teams and owners speaks volumes to our ability to bring this Championship to fruition at the level necessary to give fans across the world a truly top-tier global supercross offering,” said Tony Cochrane, president of
= SX Global. “What may be most valuable to us is the strength that each of these teams brings our series through their spirit of partnership – that shared vision and commitment to global success is extremely powerful and will drive us forward in the years to come.” 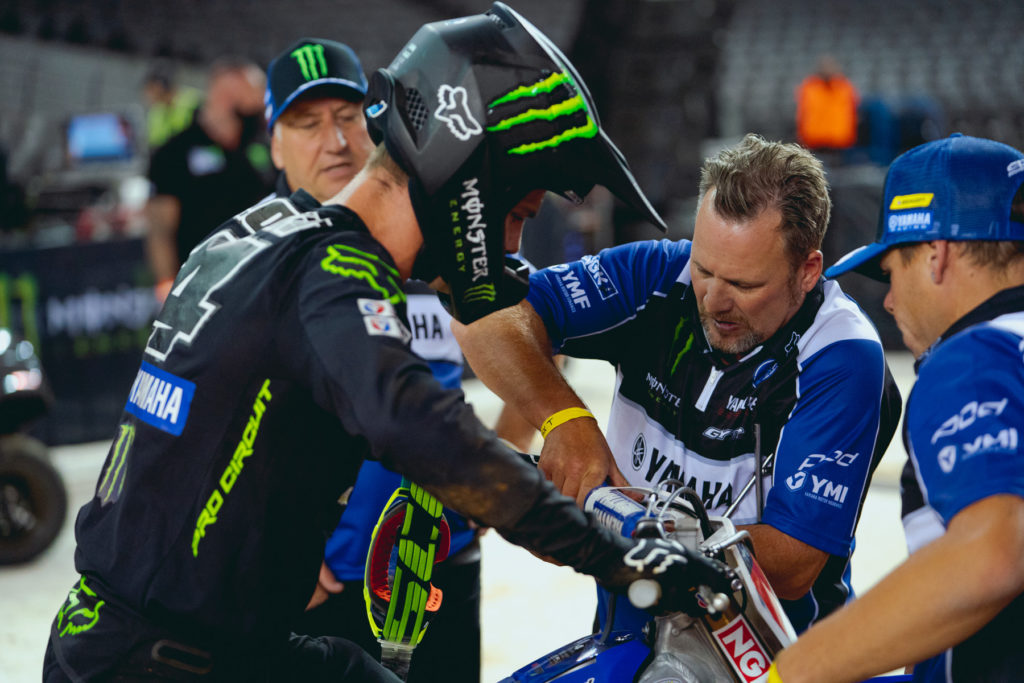