Do you remember the first time you saw Terrafirma? It’s been 25 years since the first installment of the Fox Racing video series was released and the sport has never been the same. For many, this footage was their first glimpse at what the motocross lifestyle was about thanks to the freeriding fun, the in the trenches point of view, the music, and the personalities. To see it now, in what feels like a lifetime since, is a flashback to the way things were.

The opening scene shows Doug Henry’s modest house in the northeast, which included his two number one plates on the wall, a small bedroom, and a full-scale Supercross track in the front yard. The skit that plays out over a few minutes is charming and shows how low key motocross was at the time. The video jumps from one side of the country to the next for Henry’s freeride session at Pismo Beach. With dunes that run right to the Pacific Ocean, Pismo is paradise to sand dune enthusiasts, but the saltwater is hell on bikes. Sort of amazing that Factory Honda signed off on this, at all…

The iconic Rick-James-Travis chatter on the couch separates the pro chapters and what can we say here that hasn’t been said before? All three were kids in the clip but went on to re-write motocross history. We’ve seen Fox Racing staff members wear a t-shirt with an image from this scene on the front and have hoped it would be part of their catalog, but alas it’s absent again.

Ezra Lusk was still early in his career during the filming of Terrafirma but knew how to handle the Suzuki RM250 on the Georgia Supercross track. A southern native, it should be no surprise that Lusk opted to stay on the East Coast as much as he could have in the early 90s and the practice track he built next to the power transfer station was impressive for the era. Is this the original Georgia Training Facility? We could write a thousand words on that canyon jump, too.

Robbie Reynard’s part is midwest Moto at its finest. A young phenom with the world at his feet, Reynard loaded his little pick-up and took the film crew to a local track where he clicked off lap after lap. It’s obvious to see how the industry was infatuated with Reynard at the time because he made even the sketchiest wheel tap over a single seem simple. Now two decades later, Reynard owns a track and helps top-level pros avoid the pitfalls that can come with injuries.

The 125 Nationals were cutthroat. It seemed like every track had some sort of technical jump in its layout, the bikes were going faster than they ever had up to that point, and the crowd was inches away from the action. With all that said, it would have been okay for riders to leave a little more room between each other on the track. Nope. The competitors raced the outdoors like it was life and death and big hits or crafty passes were a part of the game. Ryno decked the defending champion after a takeout. Seeing some of the race organization now is downright shocking, like how there were barely any yellow flags to alert riders to an issue on the backside of a blind jump. That was then, this is now.

Henry was Fox Racing’s guy at the time. The clips from Castillo Ranch, matched up to Alice In Chains, is 1994. Didn’t matter if it was the Northeast SX track, the Pismo sand, or the Castillo dirt hits, Henry had control over the bike’s every movement and made it look effortless every time. The seriousness of the sport was immediately downplayed the moment Elvis walked out of the Henry house and it’s quite the end to Terrafirma. 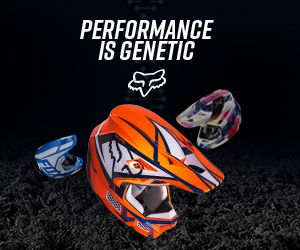 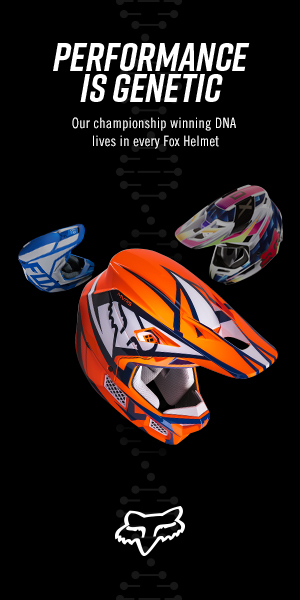