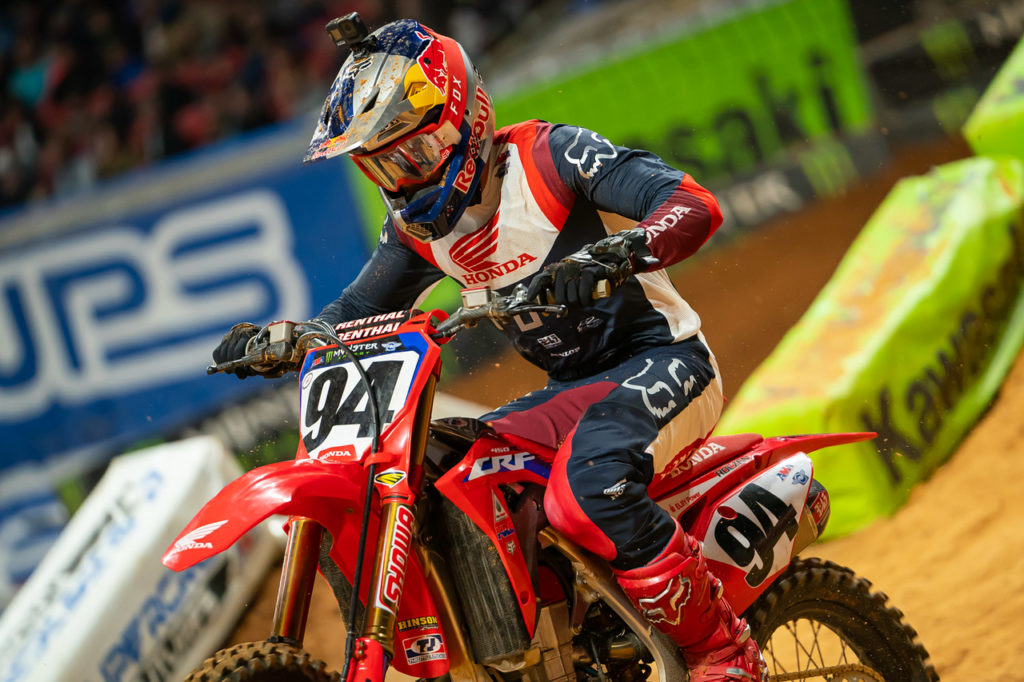 When my parents decided it was time to take my brother and I racing in 2002, they made sure it looked like we knew what we were doing. For years they had watched us put in laps around the trees and flowerbeds of our front-yard track, caught glimpses of the magazines that came to our mailbox, and saw the presentation of the factory teams during the obligatory trip to the St. Louis Supercross, so they had an idea of what “Antonovich Racing” was supposed to be. My dad’s devotion to Honda, which started in the 70s with a Z50 and has led to a garage full of bikes, was passed onto the rest of the family, including my mom, and anything the factory team did was the epitome of motorcycle racing to us.

While Mike polished the race bikes, a 1997 XR80 for me and a 2000 XR50 for Kyle, until it looked like they came from the air-cooled division of the Torrance race shop, Jenny browsed the Chaparral catalog for matching sets of gear, ordered two HC jerseys and 180 pants that were co-branded with Honda logos, and had the local T-shirt shop add our name and numbers to the back. With us in our gear and our parents in their “team” polo shorts, we looked like the newest recruits of the Red Rider program when we rolled out under the lights of BET for that first-ever flat track race… 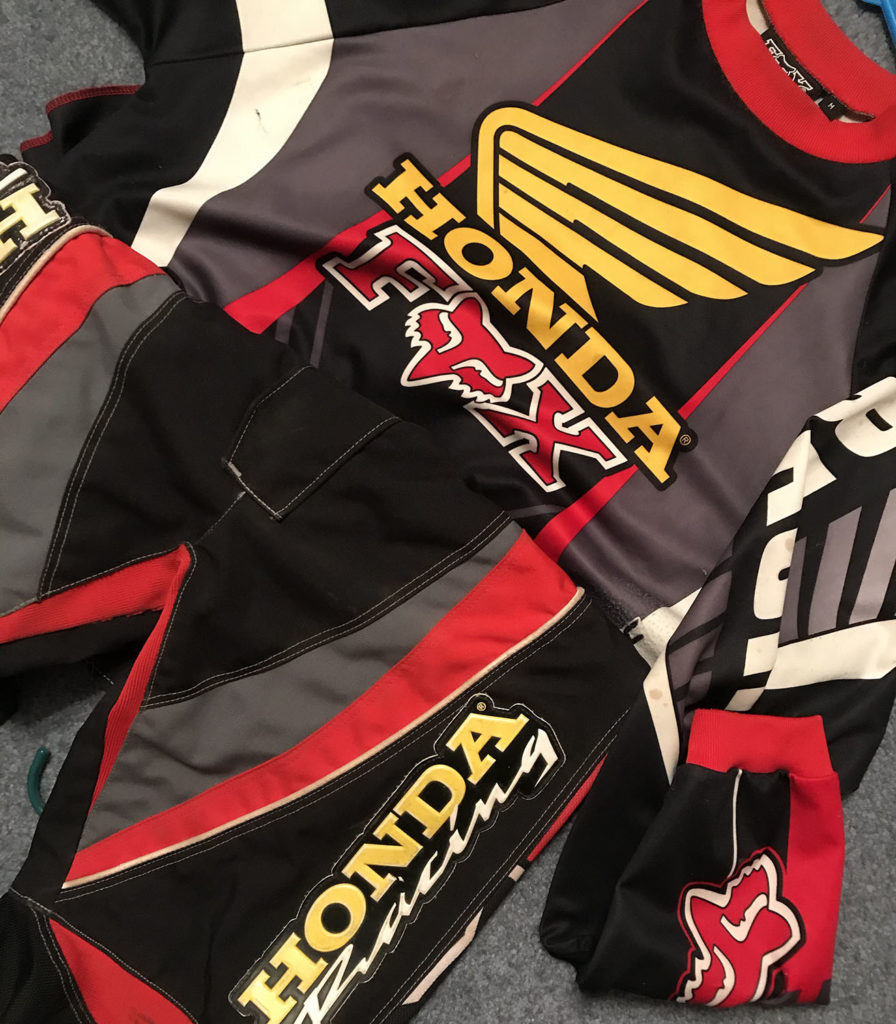 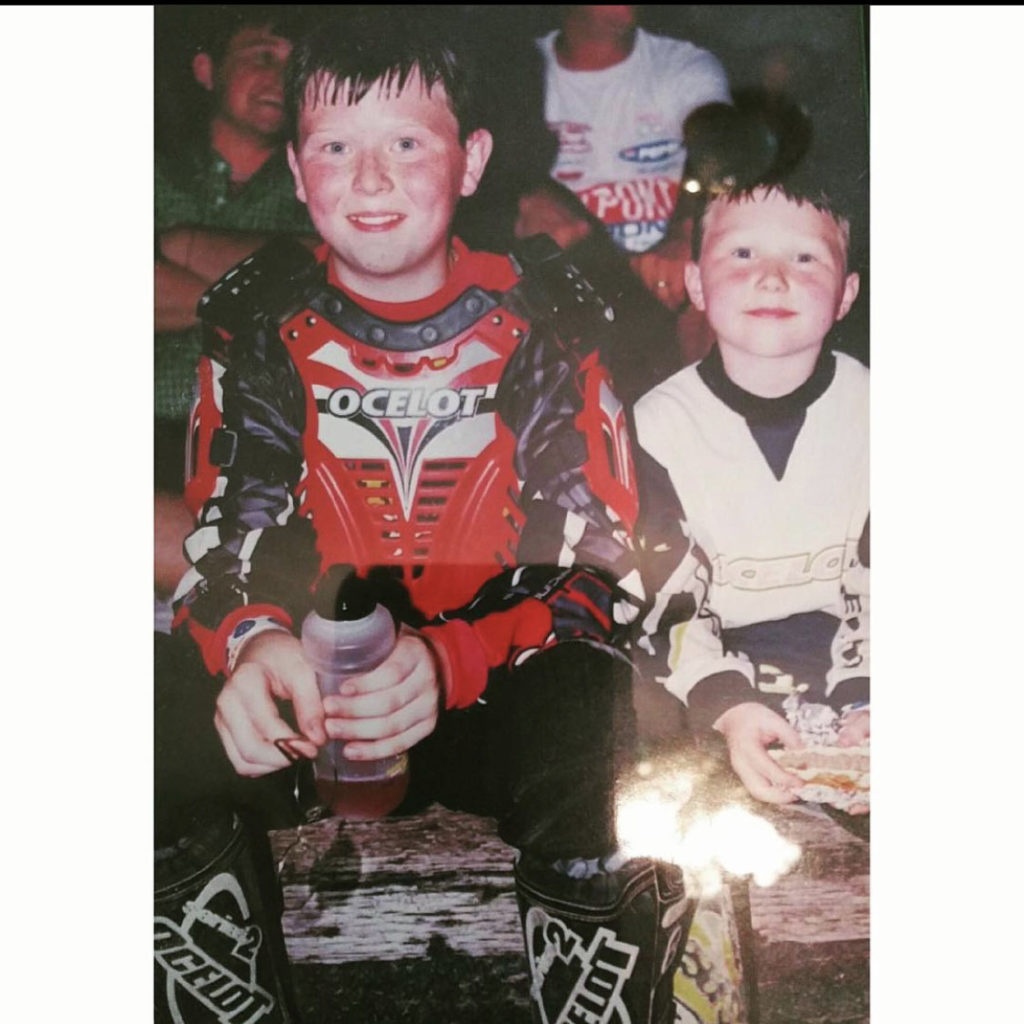 The Fox Racing-Honda gear that was the spark of the story. Not sure why Kyle wasn’t in his when the photo was taken. That might have been his “practice gear.”

Of the dozens of sets of gear that I’ve worn in the years since that Fox Racing-Honda gear remains my parent’s all-time favorite, especially my mom. They loved the way the gear matched the bikes and how it made their boys look like real racers. That “look” is exactly the point of the long-running collaboration between the two companies, which continues to be a large and popular segment of the Fox Racing catalog.

Branded riding gear has always been an important part of Honda’s off-road motorcycle program, dating back to kits worn by factory riders in the 1970s, and they’ve partnered with Fox Racing on these products since the 1990s. “The relationship with Honda is extremely valuable to FOX. The roots of our partnership run super deep and we’ve enjoyed lots of success both on and off the track together, from back in days Jeremy McGrath and Steve Lamson to Ken Roczen and Tim Gajser now,” said Austin Hoover, Global MX Marketing Manager for Fox Racing. “Our collaboration gear sets with Honda have been a staple in our MX line for years, and it’s a big part of our MX business globally. The Fox Head and the Honda wing really tie in so well together, and our brands have such a shared alignment when it comes to strategy and performance, so the collaboration is extremely natural.” 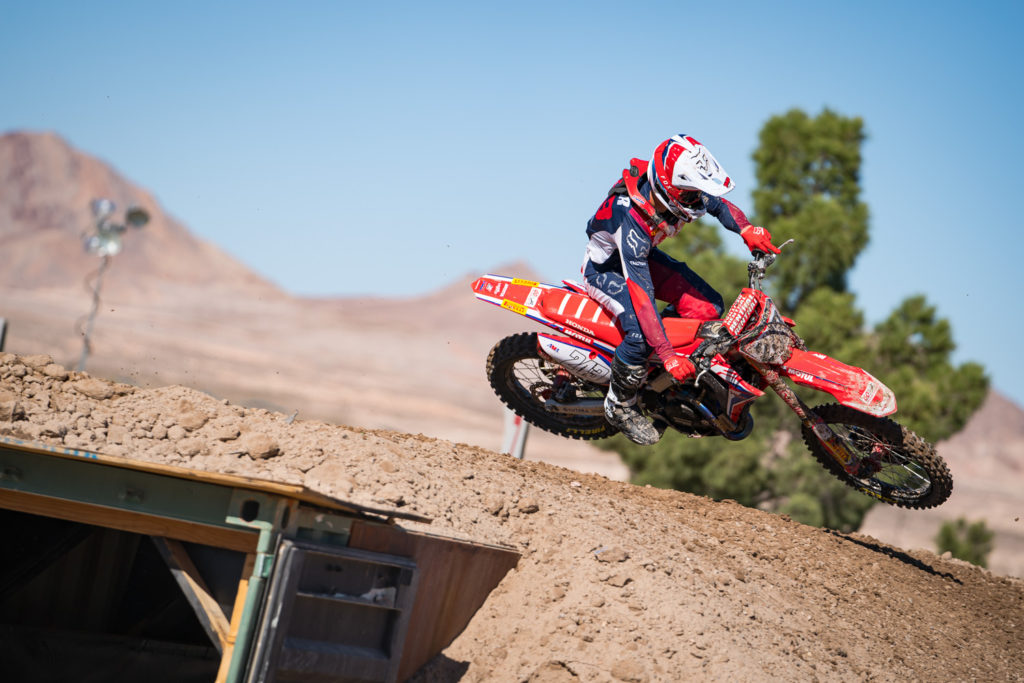 What races on Saturday, sells on Monday. That’s why Fox Racing put Tim Gajser in the Honda line of Flexair at last year’s Monster Energy Cup. “It was massive for Tim to come over and race Monster Energy Cup last year, so we put him in the Flexair version of the kit to celebrate that moment in time on a global scale,” explained Global Marketing Manager Austin Hoover.

Fox Racing and Honda know that the importance of offering products to everyone, so they put their shared vision on two of Fox Racing’s most popular gear models, the budget-minded 180 and performance-inspired Flexair. “The Fox Honda collection is two performance brands coming together to create great products with rider needs always as the forefront of design and engineering. I think both brands set a high standard in everything we do,” shared Mark Finley, Global Category Director for Fox Racing. “The Honda Flexair collection is always fun for the guys to design. Using our premier racewear platform and wrapping it with Fox and Honda branding always gives it such a factory look.”

Having one of the world’s best rider race in a particular set of gear can push the sales of the style through the roof, so the Fox-Honda line gets its share of attention when Ken Roczen and Tim Gajser line up in the red-white-blue trim; Roczen wore it on his way to the Main Event win at the 2020 Atlanta Supercross while Tim Gajser had it for his special appearance at the 2019 Monster Energy Cup. “We definitely like to have our top guys like Ken and Tim in the gear every season, so we work closely with the team to strategize when and where they wear those kits,” explained Hoover. “It was massive for Tim to come over and race Monster Energy Cup last year, so we put him in the Flexair version of the kit to celebrate that moment in time on a global scale.”

Fox Racing is known for its casual wear and accessories, maybe even more so than they are for riding gear, so it comes as no surprise that there is a line of Honda-branded shirts, jackets, hats, and race team merch for the public to purchase. And this is where the real superfans come into play, as there are people who will spend whatever it takes to look like they belong inside the factory race rig, even if they are only at the local practice track. “People really gravitates towards the mix of our two iconic logos together, and it’s a great opportunity for us to celebrate the true race fan,” concluded Hoover.

My family kept practically everything from our “career” as local racers. Every bike we ever bought is still in the garage, next to drawers full of stickers and spare sparkplugs, while the gear has stayed folded up in the corner of our closet. Like any fiscally sound parent my mom expected to get a few seasons from the Fox-Honda gear and bought a “size up” from what my 11-year-old frame probably needed, so that ultimately meant a medium jersey and a pair of 28-inch pants. I found it at the house the other day and 19 years later, it still fits. Or maybe I haven’t really grown into it yet.

Putting the 2023 Kawasaki Electrode Electric Balance Bike to the Test