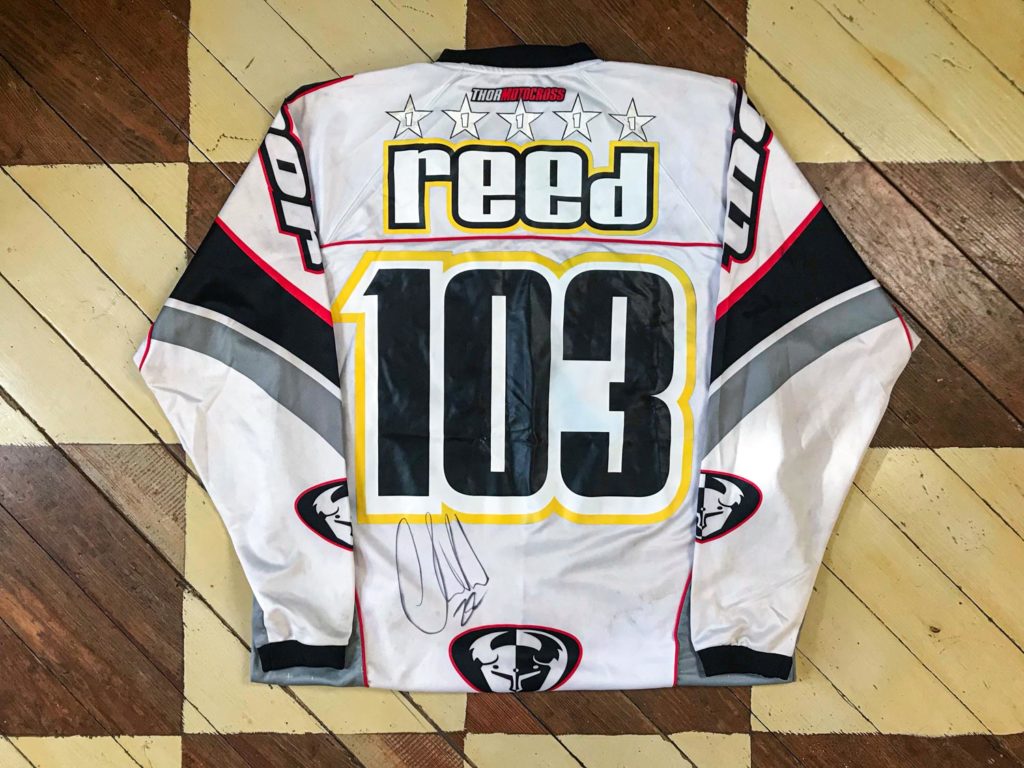 Since I’m in Australia for the 2019 AUS-X Open Supercross, I figured that a Chad Reed-centered Garage Finds would be appropriate. I arrived down under on Tuesday morning and over the past few days with the Penrite Honda race team, it’s become clear how big this race is to all of Australian motocross. More than 30,000 people are expected to fill Marvel Stadium this weekend, which will make it the biggest Supercross event in the country’s history, and it sounds like there are plenty of things in the works to make it a memorable weekend, including the involvement of Chad Reed. The fan-favorite was one of the first to confirm his participation in the AUS-X Open and by all accounts, it will be the last time that the multi-time champion races in front of his fellow Aussies as a “full-time” competitor.

When Reed came to the United States in 2002, his eagerness to ride Supercross came across in every printed interview and it was really no surprise that he lined up aboard a Yamaha of Troy-backed YZ250 in the premier class at Anaheim One, months before he was set to start the 125 East Coast regional series with the revolutionary and all-powerful Yamaha YZ250F. By the time the series came to St. Louis, Reed wrapped up the title a round early and was touted as the next big thing thanks to his five Main Event wins in the small-bore class. It was obvious at that time that Reed raced the 125 class out of necessity and that his focus was already on the 2003 season, where he was in line for a spot at Factory Yamaha.

As an 11-year-old fan in 2002, Reed was someone that I followed closely. Just barely out of his teenage years himself, Reed’s technique on the bike was solid, his style was flashy, and his attitude was confident. The guy came to America and lived the California dream with a small pick-up truck, tract house in the Inland Empire, double diamond stud earrings, and hot girlfriend. His race wins were just a nice addition to why I liked him as a racer.

In the years since Reed and I have established a working relationship. I’ve interviewed him dozens of times, snapped countless photos, visited his now idle practice track in Florida, caught his and Ellie’s ire for breaking the news when TwoTwo Motorsports closed, had a few drinks together at the afterparty, went to Italy to watch him race an MXGP, etc. We’ve had an up and down going, but there’s an appreciation for each other’s work and I can always count on a good quote from him.

To get a piece from his rookie year in America is something I never, ever expected. A perk of Reed’s VIP tours in 2019 was that a fan had the chance to grab a piece of the old gear that he had saved during his career. Every weekend Dan Truman laid out one of a kind kits in the JGRMX rig and when I saw there was an actual 103 YoT race jersey at the Indianapolis round, my jaw dropped. Someone later snagged it from the pile, but Truman found a different one from 2002 and gave it to me at the end of the season in Las Vegas.

Void of any sponsorship logos and not the mandatory Yamaha blue, this is obviously one that Reed wore during his training sessions almost two decades ago. The five stars across the top of the jersey, just above his name, denote his Supercross season win record and it’s got a few stains on the sleeves, a sign of the hard work that Reed put in. With thick fabric and ornate details like sewn-on patches and piping, it’s certainly a sign of the times.

One of my images of Reed from the Paris Supercross is being used for his poster stock this weekend and that adds some more significance to the whole deal. When Reed was at Yamaha in 2003, I waited in line for almost an hour to get an autographed poster. My best friend and I were literally the next in line when Reed suddenly stopped, went to the other side of the team pit area, signed things for the late arrivals to the scene, and walked over to a Parts Unlimited appearance. To say that I was irate at the time would be an understatement, but it’s all good now. This weekend I’ll be sure to grab one of the posters with my photo on it to frame next to the jersey…

BACKYARD DESIGN KIT OF THE WEEK 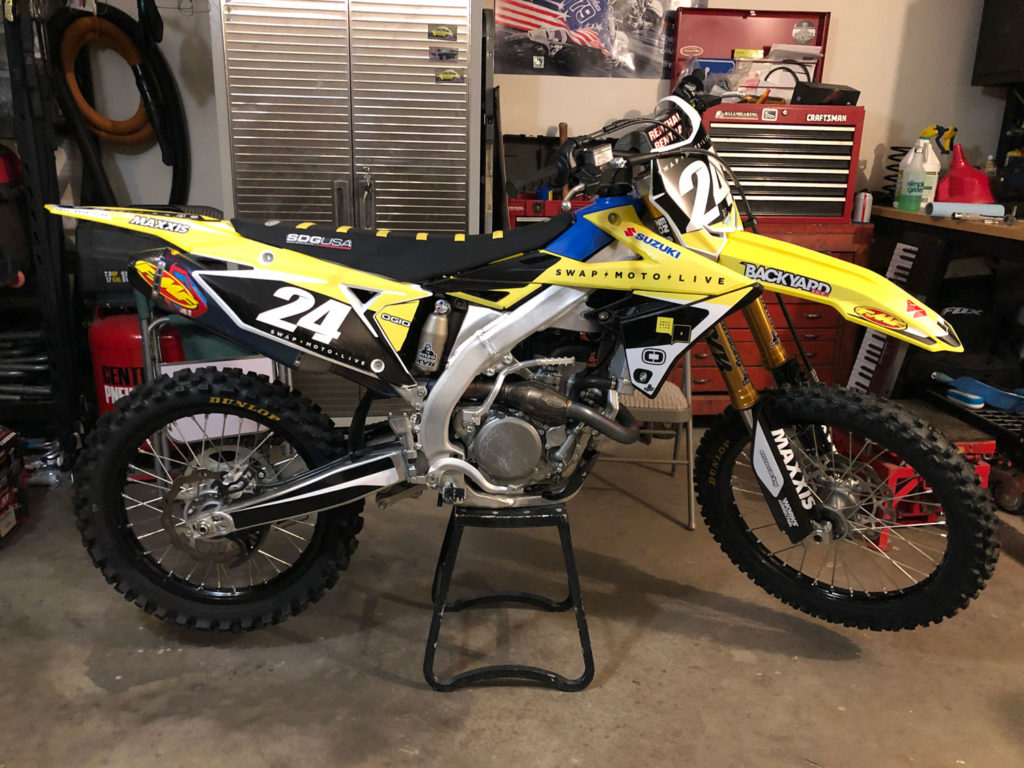 Another week, another sick kit by the guys at Backyard Design. We know many of you want your bikes to look like the factory machines that fill the pit area, but with your own personal touch or sponsors. Why rep the companies that don’t support you? That’s where the Design Configurator at backyarddesignusa.com comes in, as the easy to use program allows you to take the base designs offered by the company and put your own spin on the scheme. This setup looks sweet with its use of three shades of green and is ready for some small refinements that’ll make it a representation of you. Head to backyarddesignusa.com and get creative with the templates offered for nearly every OEM.