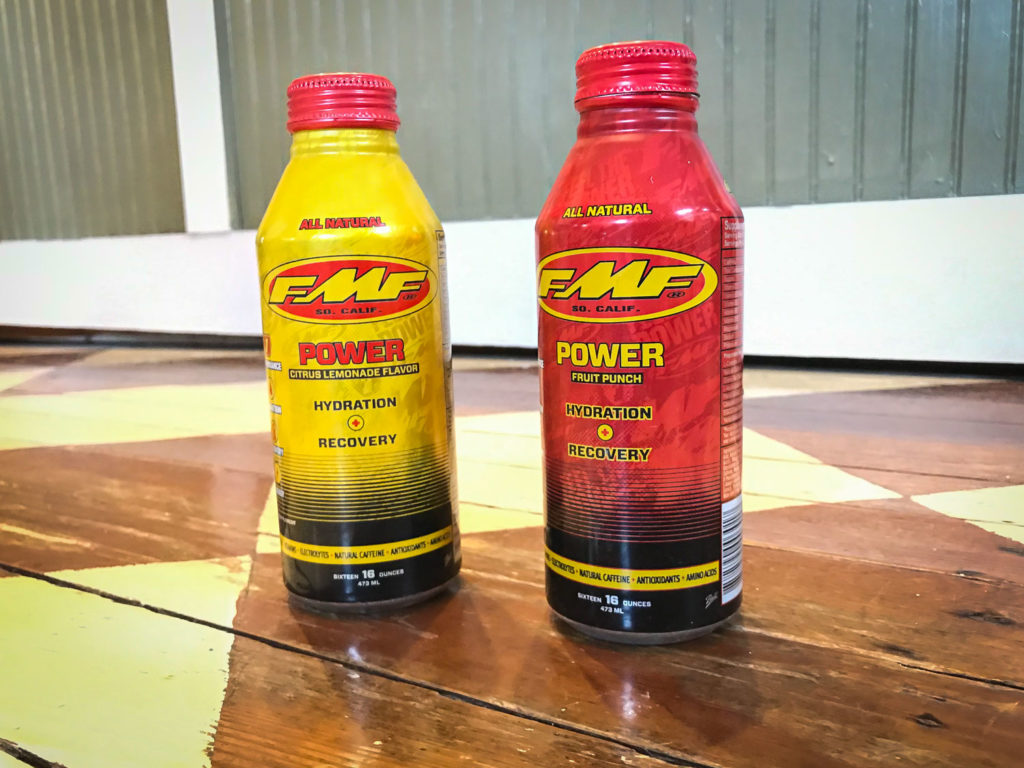 Yes, I have held onto cans of a long-gone energy drink for nearly a decade. Like a fine wine, these two FMF Power have occupied space in the refrigerator since I took a dozen or so from the TransWorld Media offices. At that time, all I wanted to do was pair it with vodka and make what should have been the official mixed drink of motocross, “Megabombs.” But when issues within the industry forced FMF Racing to end the production FMF Power, I decided that the bottles would stay untouched forever.

Action sports embraced the energy drink boom of the early 2000s and a few brands (No Fear in motocross, Lost in board sports) were wise to sign licensing agreements with the beverage manufacturers. It made sense for the Emler family to follow the trend when the opportunity came their way because at that point, FMF Racing’s apparel division was in mainstream retailers around the country and the brand was embraced by people who only had a faint interest in motocross. A small, but steady income stream from repeat purchasers of the drink could have pushed the entire brand to new levels. If a single customer would have bought multiple cans a week at three dollars each, as they do with Monster or Red Bull, their annual spend would have been a similar amount as a two-stroke expansion chamber and silencer. 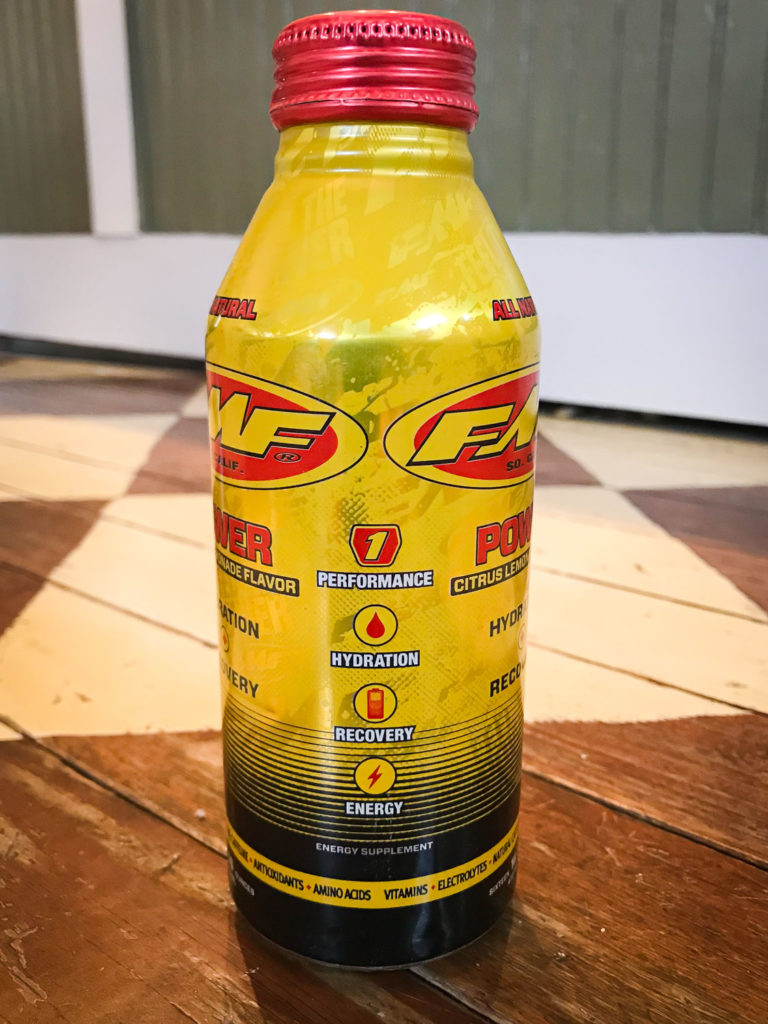 The exhaust pipe portion of FMF Racing was kept completely separate from FMF Power, so don’t think that vats of ingredients were kept next to the massive titanium rolls in the Rancho Dominguez machine shop. Instead, it was handled in part by Lance Collins, founder of Fuze Beverages and NOS High Performance Energy Drink, two brands that were later purchased by the Coca-Cola Company. FMF Power, which featured an all-natural “‘PowerBlend’ which consisted of Natural Caffeine, Panax Ginseng, Green Tea and Yerba Mate extracts” was made to aid energy, hydration, and recovery, and was intended to be the motorcycle industry equivalent to NOS Energy Drink in the automobile industry.

“We have such a storied legacy and core following in the motocross and action sports worlds, it was important to us from the get-go that FMF Power Beverage grow carefully and over time,” said Don Emler Jr. in a press release that was pushed out the beverage industry publications. “The acclaim we’ve received from our fans since launch has proven to the entire FMF team that we’re doing the right thing. We couldn’t be more stoked that fans recognize the work we’ve put into FMF POWER to make it an all-natural, maximum performance energy drink that provides them the hydration to excel, and the recovery elements to recharge and do it all again.” The initial roll-out of the drink got it into coolers of QuikTrip gas stations throughout Arizona and other convenience stores along the West Coast, and many in the motocross industry were quick to embrace the new product.

Except for the competing energy drinks. In 2011 the Monster Energy Kawasaki team switched their exhaust system supplier from Pro Circuit to FMF Racing (there’s a lot more to that story, especially when you remember the history of Pro Circuit and Kawasaki, plus PC’s status as the official 250 team), a change that coincided with early rumors of the FMF Power drink. When production of the drink was confirmed, Monster Energy’s executives viewed FMF Racing’s logo on the exhaust systems as a conflict (the drink and pipe logos were identical) and demanded the removal of all FMF logos from the bike. The race team obliged and used unbadged Megabomb headers and 4.1 RCT titanium mufflers on Ryan Villopoto’s bike for the remainder of the SX and MX championship-winning seasons. FMF Racing played into the drama a bit and Taylor Creative, their marketing partner, created the very popular “Naked Truth” advertising campaign.

The potential of the energy drink project was never fully realized. When it became obvious that the drink would create issues and negatively impact the hard parts division of FMF, the Emler family exited the agreement. Leftover bottles of FMF Power were later found in bargain stores around the country until the stock was completely exhausted.

As for the most important detail of all: the taste! Offered in two varieties, Citrus Lemonade and Fruit Punch, the drinks were sweet and flavorful, without being too heavy on the tongue or gag-inducing. I rarely drank one by itself, though, because they were both damn good mixed with booze. The Fruit Punch one must have been my favorite at the time because the can I have is open and half-drank. Wow, I really have hung onto a stale can of sugar water for eight years… 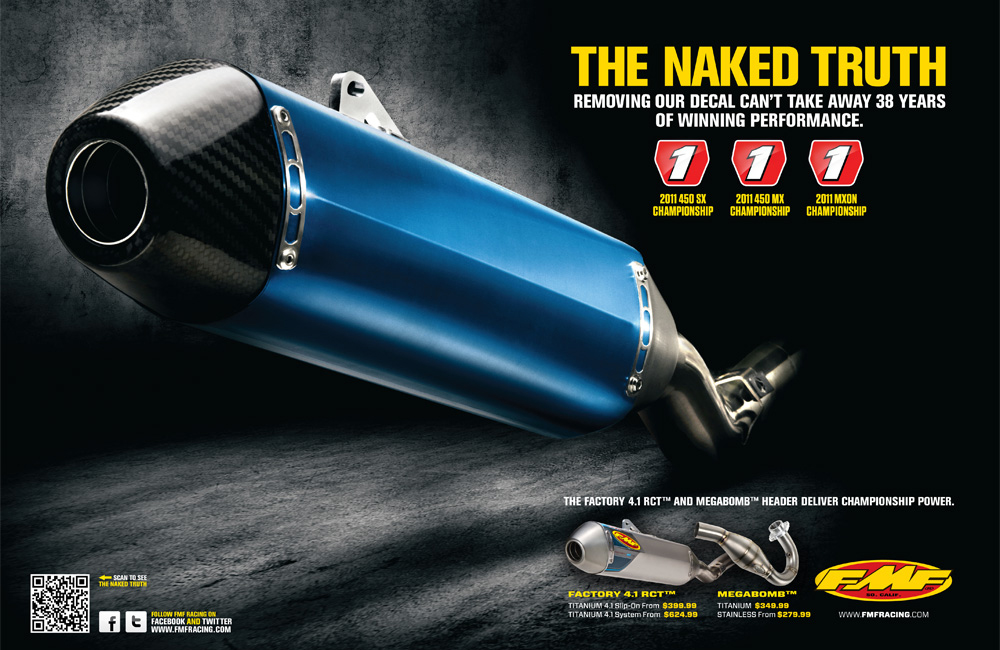 BACKYARD DESIGN KIT OF THE WEEK 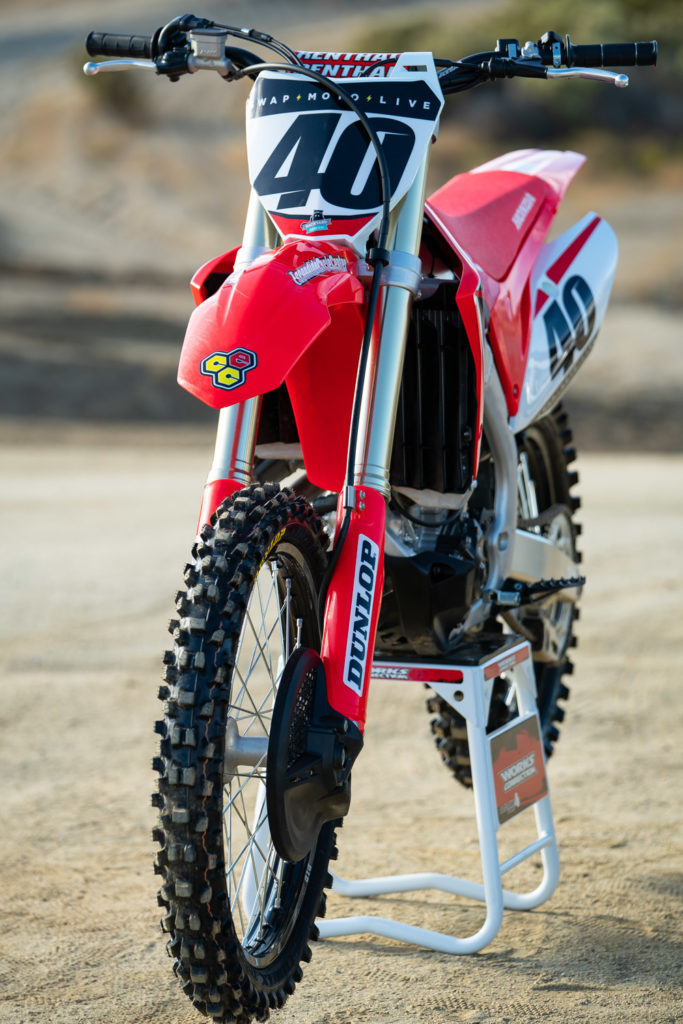 This week’s Backyard Design kit isn’t a kit, per se, but we thought the company’s pre-printed backgrounds were worthy of some attention. It seems like everyone has access to a design program and digital printer these days, but only a few know how to work the technical details of vinyl like Backyard. The guys supplied the backgrounds for our 450 Shootout a few months ago and we were blown away at how the material formed around the plastic pieces and stuck in place. If you’ve ever fought with the side panels of the current generation CRF450R, you know what we mean. The only way installation could have been easier is if they did it for us! If you don’t need a complete kit but still need to spruce up the look of your bike, check out the number of configurations offered at backyarddesignusa.com.

Malcolm Stewart on the SML Show

Kenny Alexander on the SML Show