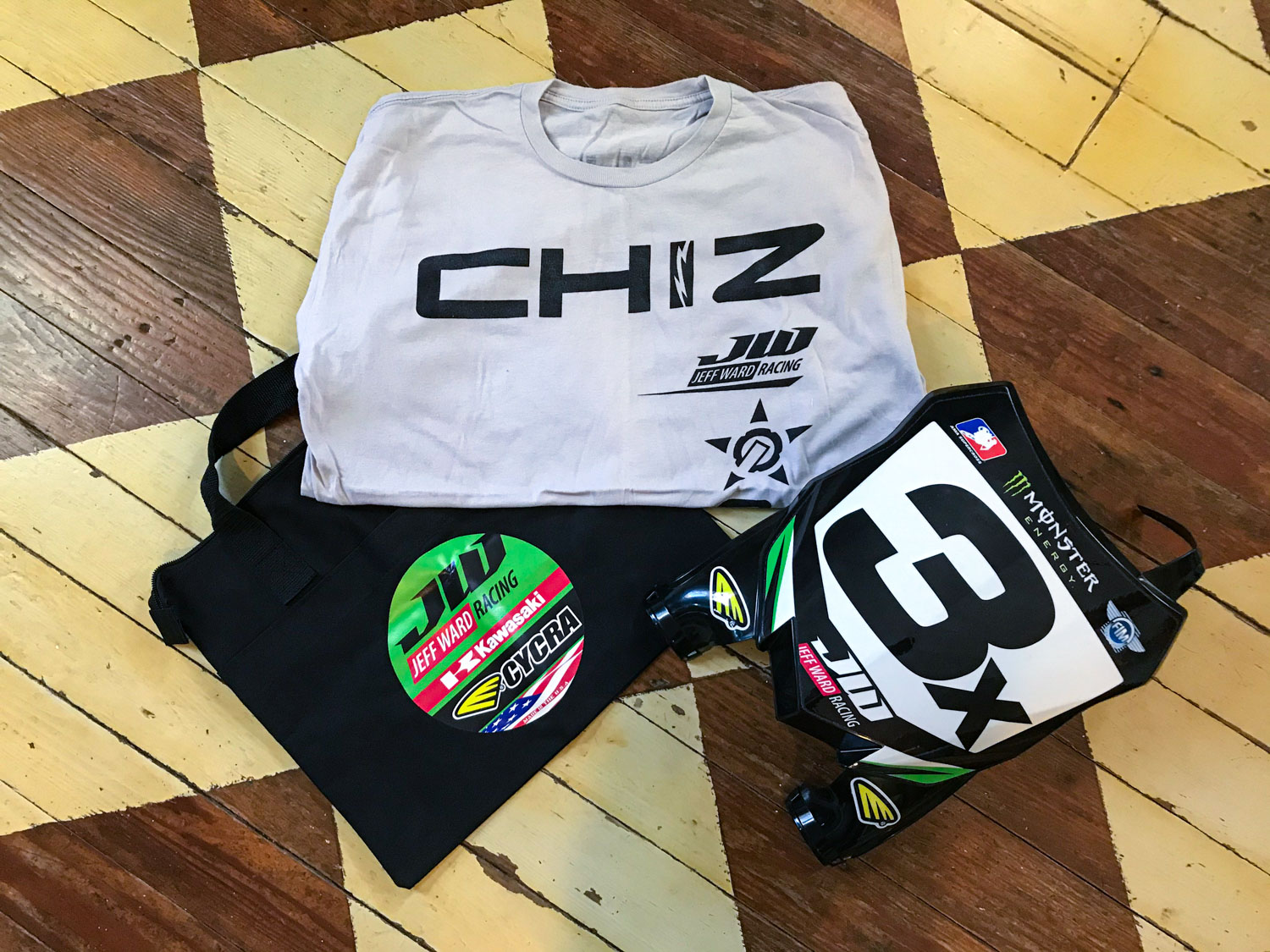 Since all of my earthly possessions are in boxes from a cross-country move, I told swap I’d handle this week’s installment of Garage Finds. I amassed a load of random motocross mementos during my eight years in California, most of which were kept in a storage unit until last week, so there’s a lot to go through. Here are a few things that I grabbed from the top of the pile this morning. – Anton

Think back to the teams that have come and gone from the pit area of pro racing. All come into the sport with the best intentions and grandiose plans, but only some survive the first few years, as support seems to come and go. That sadly was the case with Jeff Ward Racing, an operation that started in 2011 and closed down about a year later. From the outside looking in, the team had everything necessary to be competitive. Ward’s name was the main draw, while Mike Kranyak was another prominent partner who had experience running a team, direct involvement from Kawasaki, sponsors signed on for financial and technical support, and a full race shop with knowledgeable staff to assist. Josh Grant and Kyle Chisholm signed on to run the 2012 Monster Energy Supercross Series and Lucas Oil Pro Motocross Championship, which made the team an instant contender for top-10 finishes, and some predicted it’d soon be a second team for Kawasaki to funnel riders to in the future.

We had a firsthand look at the entire program, as a deal was worked out that made TransWorld Motocross the media partner for press release creation, timely content, and necessary photo shoots. One of my first full-time assignments at TWMX was a feature on the team, which included Kyle Chisholm on the cover of the now-gone print magazine.

It was exciting to follow the team in their first year. Chisholm carried the team through Supercross and ended up 11th overall in points, while Grant got injured early and missed most of the series. The outdoor championship was much better, as Grant and Chisholm were on the starting line for all 24 motos and were ranked sixth and eighth, respectively, in the final point standings. The mood around the truck was lighthearted but determined, and both riders were eager to continue on their careers, with Grant expected to return for a continued stint in 2013.

With a solid first season to their credit, the team signed a multi-year contract with Dean Wilson that was going to carry the former 250 MX champion to the 450 class for 2013 and beyond. Unfortunately, just as Wilson’s deal was announced, the structure of the team fell apart due to sponsors that had backed out and other internal issues (Kranyak, who was part of the L&M Racing team, apparently lost his interest after ongoing legal issues that came from James Stewart’s attempt to buy L&M Racing) and they closed down in the early weeks of the offseason. With that, Wilson went back to Monster Energy/Pro Circuit/Kawasaki for another shot in the 250 class.

I don’t exactly remember when I got the number plate, tote bag, or T-shirt (to be honest I forgot I had it at all until the other day) but it must have been around the San Diego stop of the series because there’s an “SD” on the shirt in the font used by the Padres baseball team. Seeing the shirt and photos from the cover shoot made me realize how many moto companies have come and gone in less than a decade. Grant was sponsored by Alias and Dragon, Chisholm had a personal deal with Unit for casual clothing and custom painted helmets, DNA Energy was all over the truck and bikes, etc. 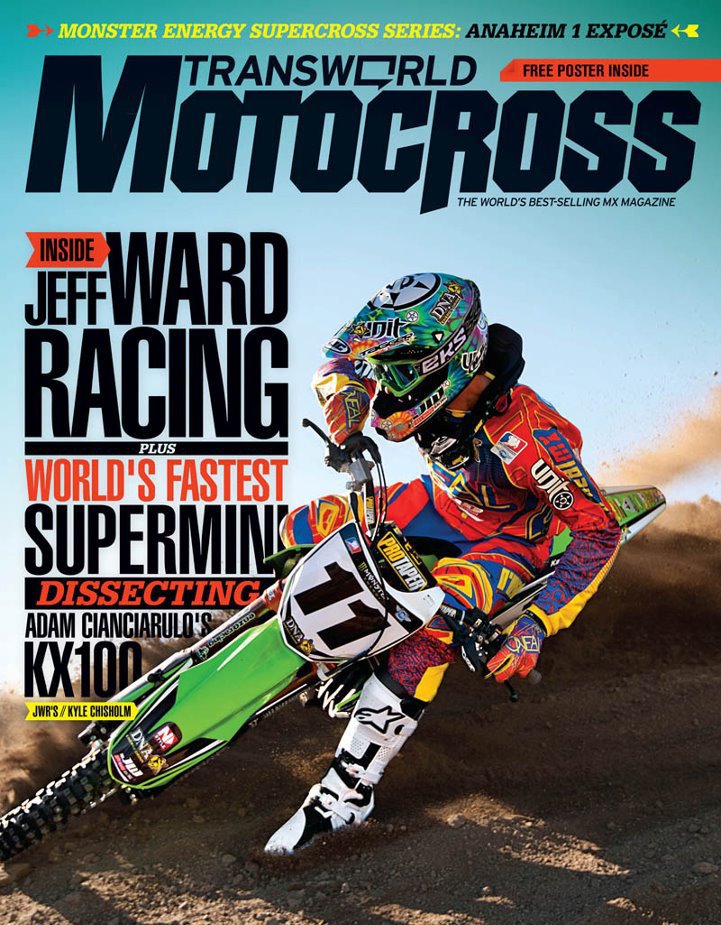 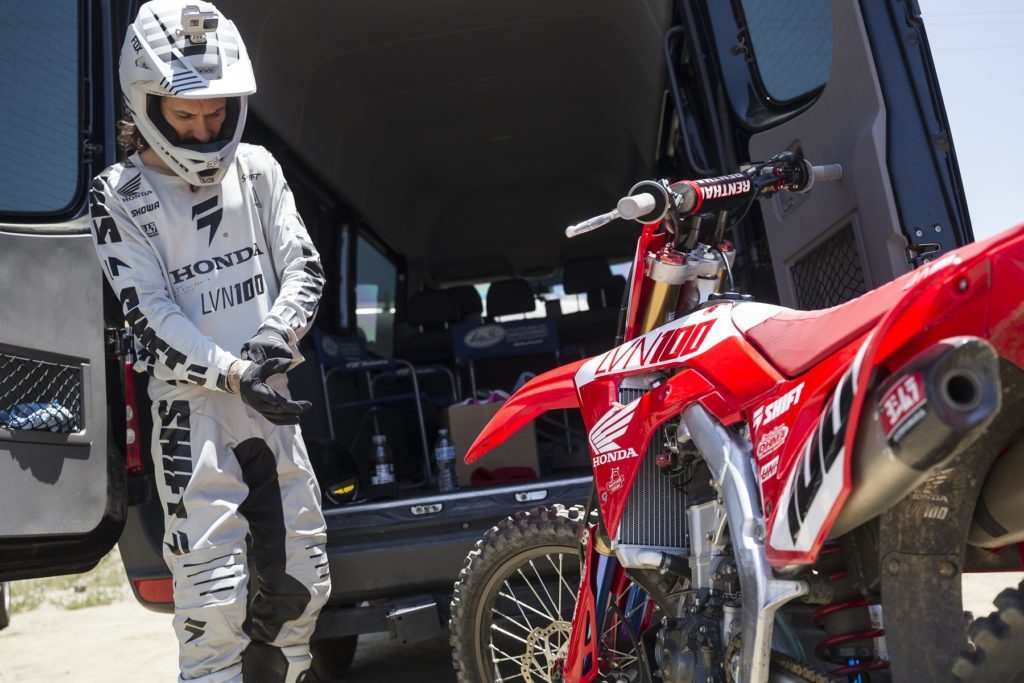 The guys at Backyard Design USA are up for any challenge when it comes to making your bike or helmet look cool, as they can help you create the graphic kit or helmet wrap of your dreams in only a few easy steps. Josh Hansen relies on Team BYD to make his bike look as good as he does on the track! We have been blown away by the ease in which BYD kits apply, and especially so on the Husqvarna, which can be a challenge when it comes to the split side panels. Backyard Designs’ patterns and material set them apart from the rest!