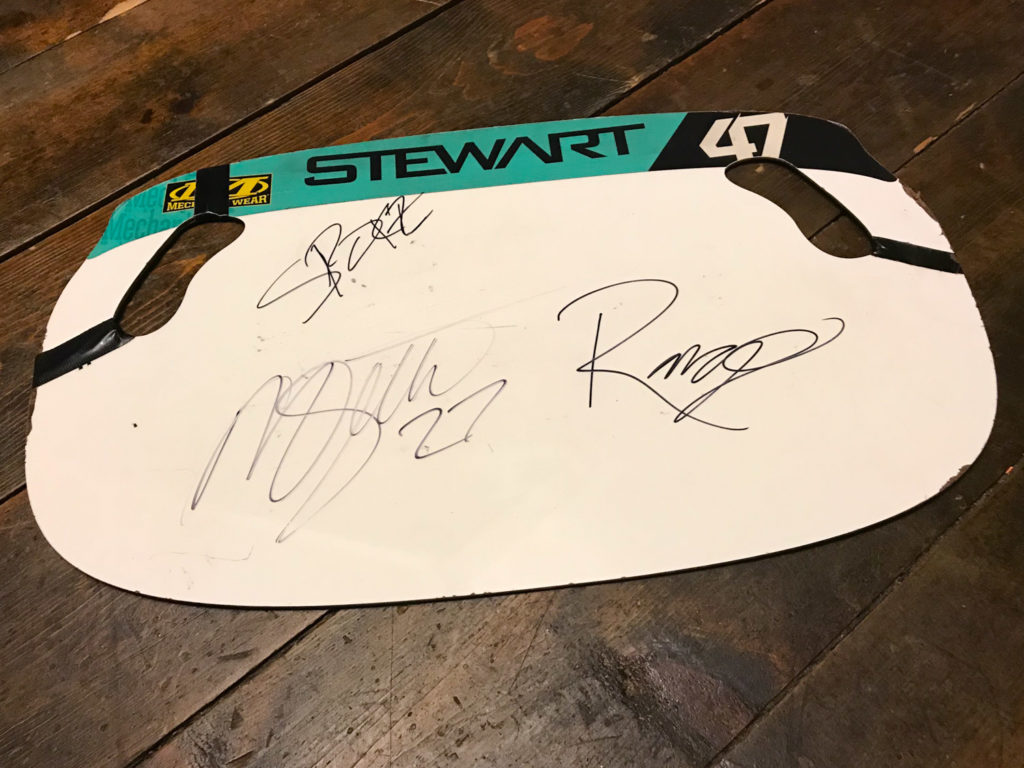 I expected to come home with some sort of souvenir after my trip to France last year for the 2019 Paris Supercross. Although I had been to the country twice before, I had never been to Paris the proper way and was eager to see the City of Lights for myself. The schedule that was necessary for me to get there was a little hectic (four-hour Amtrak from Alton to Chicago in the morning, puddle-jumper to Detroit, an overnight ride on the big plane to France, 70 Euro Uber from the CDG to the hotel, then a rush to the stadium for Friday’s shakedown session) and I made it even more difficult by attempting to upload videos with Justin Barcia and Joey Savatgy through the frustrating WiFi. By the time I was “done” with my work on Friday night, it was already 8PM and I still needed to take the Metro from the La Defense financial district to the Champ Elysees. Alone, already hearing dollar signs ringing in my head after figuring out the round-trip to the airport would be triple digits, and with many shops closed, I figured a magnet at the airport would be a much better purchase than a new Louis wallet.

Sunday night’s post-race teardown at the overseas events is always a rush. Riders give away gear to fans so that their suitcases are lighter, mechanics pull their parts off of the borrowed bikes and put the stock pieces back on, and everyone is eager to find the afterparty. That’s exactly what Roger Larsen and Jason Montoya were doing during my trip to the MotoConcepts pit area to get How Was Your Weekend interviews with the riders, as the duo needed to get parts in the OGIO 9800 bags and left a pile of gear for Malcolm to sign. “Hey Spokez, what do you want to do with this pit board?” asked Montoya to Larsen as he held up the Mechanix Wear dry erase board. “Eh, we don’t need it, let’s leave it here,” replied Stewart’s righthand man. 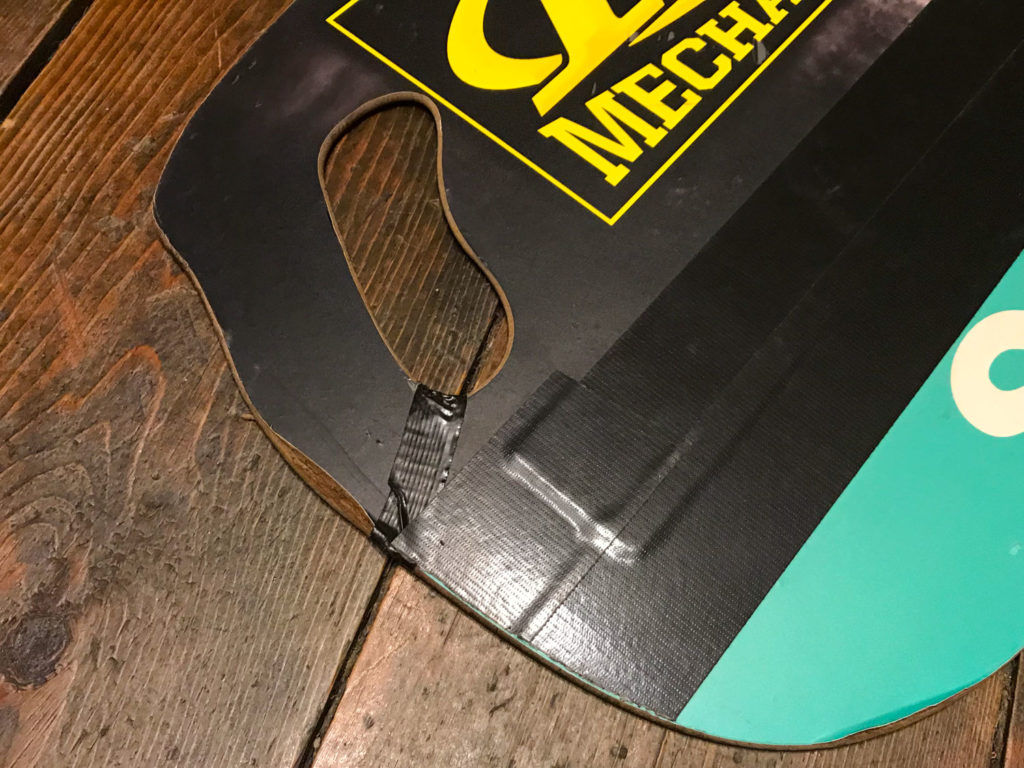 “Hey, I’ll take it,” I piped up. Signal boards are such a cool piece to the mechanic-rider relationship and this one, branded with Seven logos and Stewart’s “47” from his Ride365.com-backed venture years ago, had some definite history to it. Taped on the handle to keep cracks from fracturing all the way through, evidence of its use at the races and the compound in Florida, it’s something that has ties to Stewart’s career. “You want it, Antwan? It’s yours! We’ll leave it here so you can grab it when we all leave,” said Montoya.

Before we left the stadium that night, I asked Stewart, Montoya, and Larsen to sign it. I consider the three to be good friends of mine (that happens when you spend a week living together in Italy, a story that I might have time to put out now that travel is on hold) and their names made it a little more personal.

During my long walk back to the hotel (I stayed over a kilometer away from everyone else), it quickly sank in that this would be a tricky item to pack into my OGIO Layover bag, which is about a third of the size of a 9800. After some creative packing and folding, I put the pit board on the top, squeezed the edges into the corners of the bag, and just barely got the zippers to go all the way around. 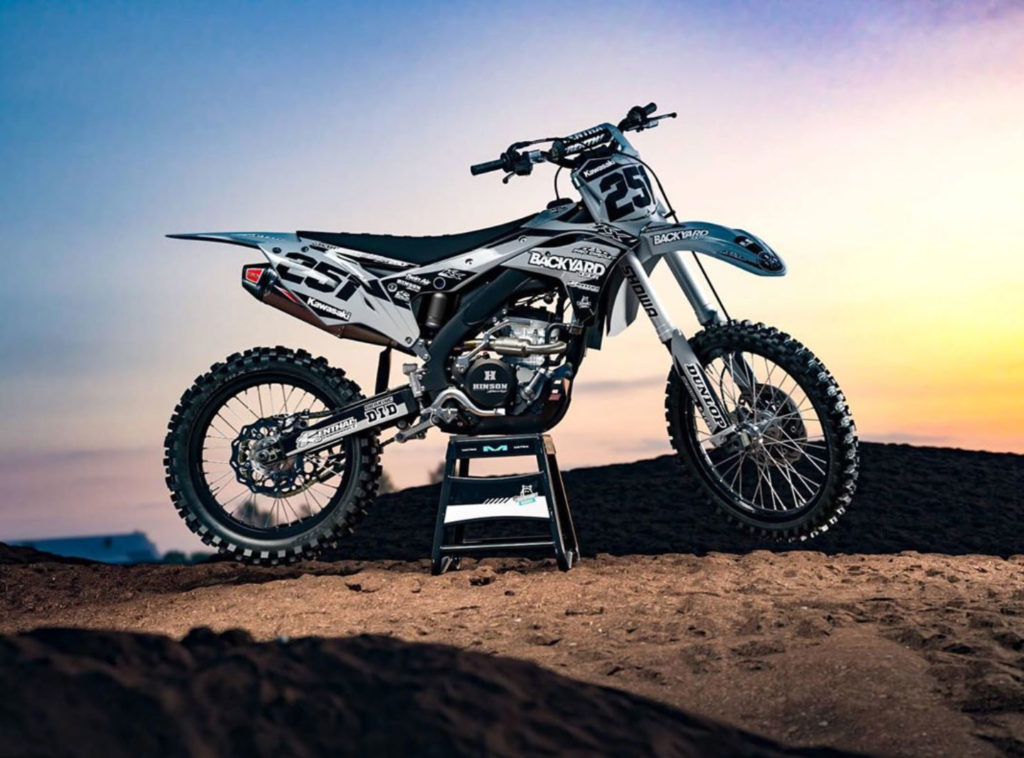 Another week, another sick kit by the guys at Backyard Design. We know many of you want your bikes to look like the factory machines that fill the pit area, but with your own personal touch or sponsors. Why rep the companies that don’t support you? That’s where the Design Configurator at backyarddesignusa.com comes in, as the easy to use program allows you to take the base designs offered by the company and put your own spin on the scheme. This setup looks sweet with its use of three shades of green and is ready for some small refinements that’ll make it a representation of you. Head to backyarddesignusa.com and get creative with the templates offered for nearly every OEM.

Ben LaMay | End Of The Road?