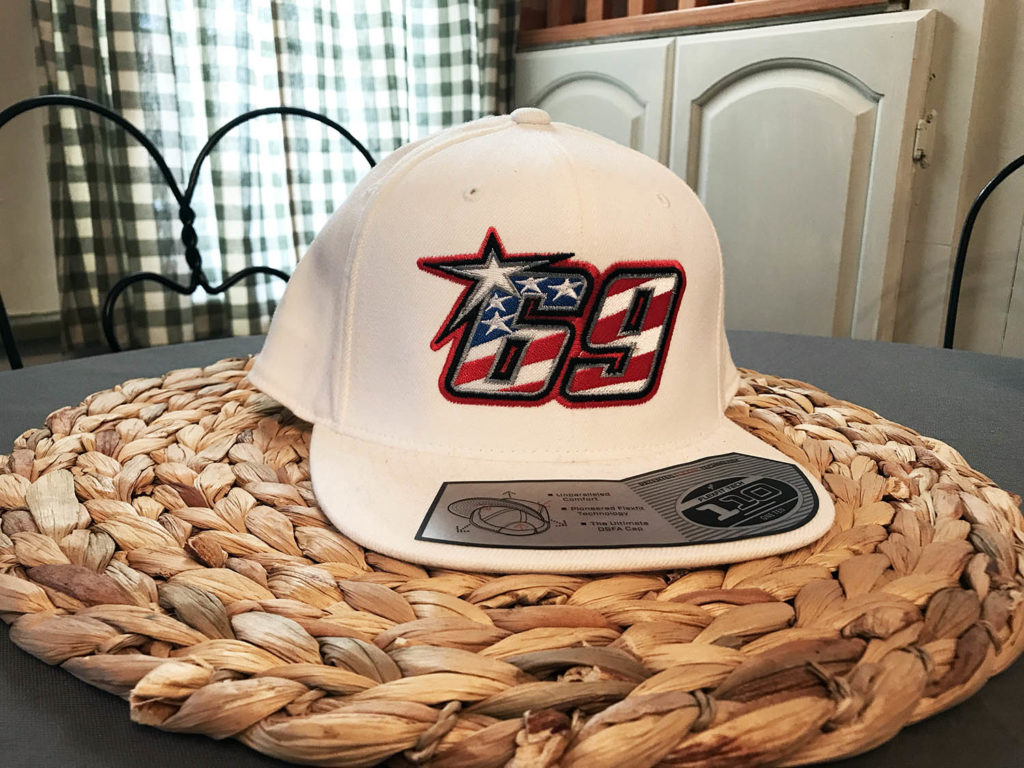 It’s been exactly three years since the passing of Nicky Hayden, a loss that can still be felt in American motorcycling and something that seemed personal for anyone that watched the number 69 at different points in his career. When the news popped up on my computer screen that day, it was such a shock that I went home from work early and cried, despite the fact that I can only recall us meeting briefly one time in person at some point during the 2015 MotoGP race at Austin, his final full season with the Aspar Honda squad.

Nicky Hayden is why I watch road racing now, something that I’m probably not alone in saying. It was hard not to notice the Kentucky Kid in the early 2000s when he was always in the spotlight thanks to a coveted spot on the Repsol Honda squad and early success at the highest level of racing. But the results weren’t what caught my attention; it was his connection to dirt track racing. It was around this time the family finally relented and started to take my brother and me to a TT track, where I would wind out the XR 80 on the long straightaway and overcome complete terror when it was time to crest the big hump near the spectator hill. Seeing the posters of Hayden hung up at Belleville Honda was an excellent motivator for a new racer, even if it was some false sense of hope that if I got good enough to break the back end of my air-cooled Honda loose in the turns, one day I could travel the world riding a motorcycle.

Hayden was the epitome of cool, on and off the track. Photos of him riding in Road Racer X (an excellent publication by Chris Jonnum that I used to buy at QuikTrip) displayed his perfect technique on the bike, patriotically painted Arai helmets, and Alpinestars leathers that matched the Repsol Honda’s blue/orange/white/red livery, while the candid pit lane shots or portraits for interviews showed a wild hairstyle or on-trend clothes. That his family was always nearby and how he conveyed a down-home, “happy to live the dream” attitude wiped away any sort of pretentious rock star misconception one might have assumed from the highlights, headbands, or tailored European attire. He’d show up to Supercross races and hang out with riders at the factory rigs, head back overseas to battle the biggest stars in road racing, and then make it a point to race something like the Indianapolis Mile on a Ducati flat track bike, all because he could.

I have a handful of friends that were fortunate enough to know or work with Nicky on a much closer basis than my superfan status, but we all felt the void when he was gone. The 2017 Glen Helen Motocross took place a few days after his death and plenty of people paid their respects in different ways, including Honda’s addition of 69s on their trailers (which is still on both rigs), Alpinestars’ patches on Justin Barcia’s pants, and stickers on headsets and pit boards. The two things that stuck out to me the most were the white hats that so many people had and that Troy Lee Designs/Red Bull/KTM had special number plates on their bikes for the parade lap. I really wanted one of those caps but didn’t want to ask, because they seemed like an item only for those close friends and I didn’t want to seem disrespectful or entitled. A few days after the race, swap gave me the one that was given to him, because he’d heard how sad I was about everything. It’s been in safe keeping since and hasn’t been worn once. 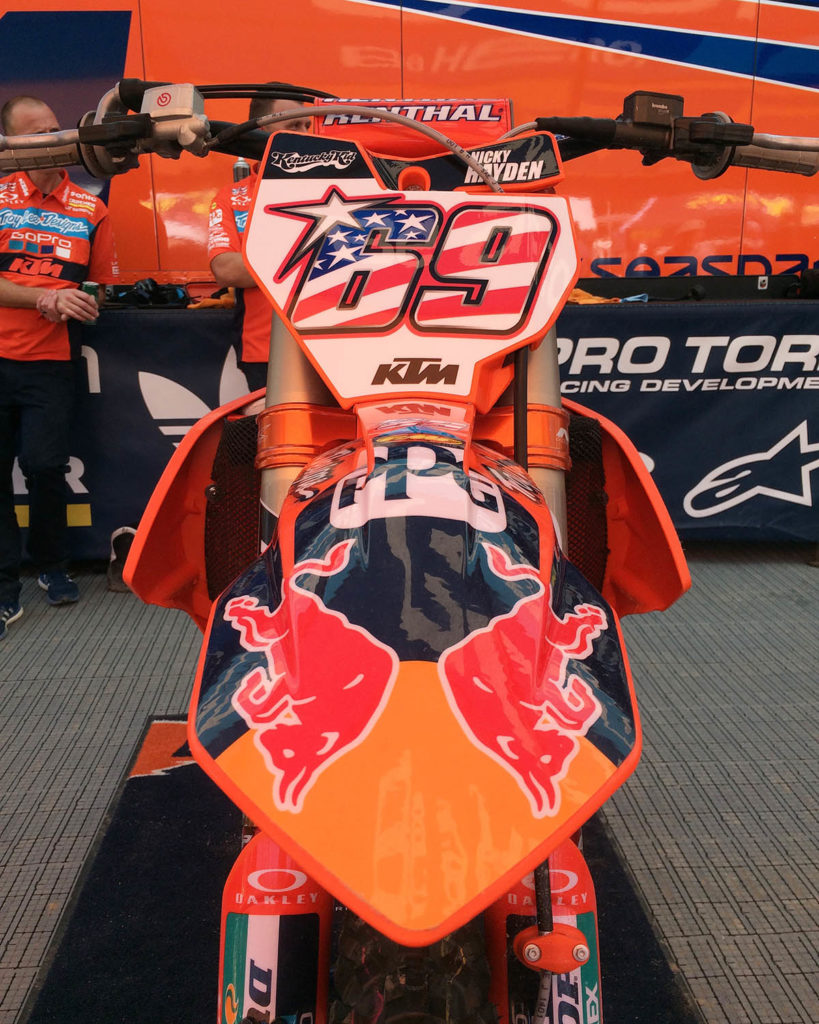 There are plenty of write-ups that talk about Nicky’s wins and championships, but that’s not something I can talk about in detail because I wasn’t able to watch him in his prime; MotoGP seemed hard to follow in the US and the races had long passed by the time I’d see the results or recaps in print. I heard he won the 2006 title pretty soon after it happened, didn’t see the emotional celebration on the track nor with the rest of the family in the parc ferme. The reason for his departure from Honda after a tumultuous few seasons is something I missed completely, though it just felt right to see him back with the brand for his move to World Superbike. Simply put, I wasn’t a fan of Nicky the racer, could have cared less really. Instead, I was a fan of Nicky as a personality, an ambassador of American flat track to the rest of the world, and as a Midwest guy that was willing to able emotion, creativity, and skill on his terms. 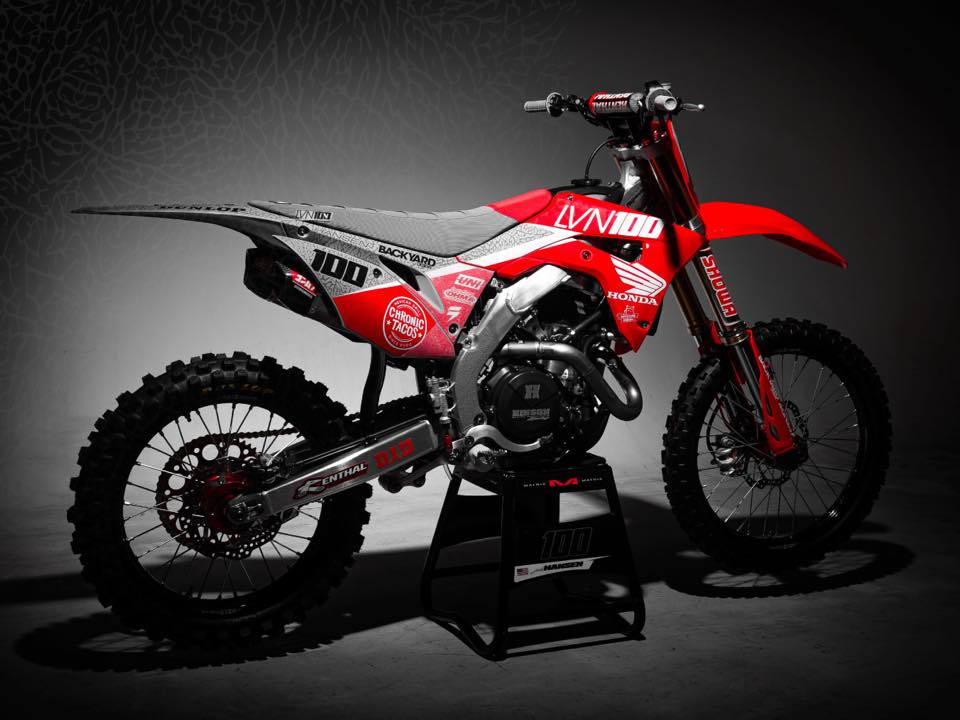 Backyard Design was founded in 2010 by two privateer Supercross racers: Jared Hicks from Alabama and Philipp Klakow from Germany. What started as a project to fund their Supercross racing efforts has now grown into a worldwide graphics manufacturer, with dual headquarters in the United States and Germany. Backyard Design is known for being one of the first custom graphics makers to have a completely interactive website, where customers can design their own kits with a few clicks on a computer mouse.

It seems like everyone wants to be Josh Hansen these days. No longer a racer that’s measured by his most recent result, people seem to enjoy his easy-going attitude and excellent style on his Honda, so much so that we’ve seen a number of knock-off kits that bite the Livin’ 100 look. If you really want to look like Lil’ Hanny, then you should purchase his new replica graphic kit that’s up for sale through the crew at Backyard Design. You wouldn’t buy bootleg gear, so why buy bootleg stickers?