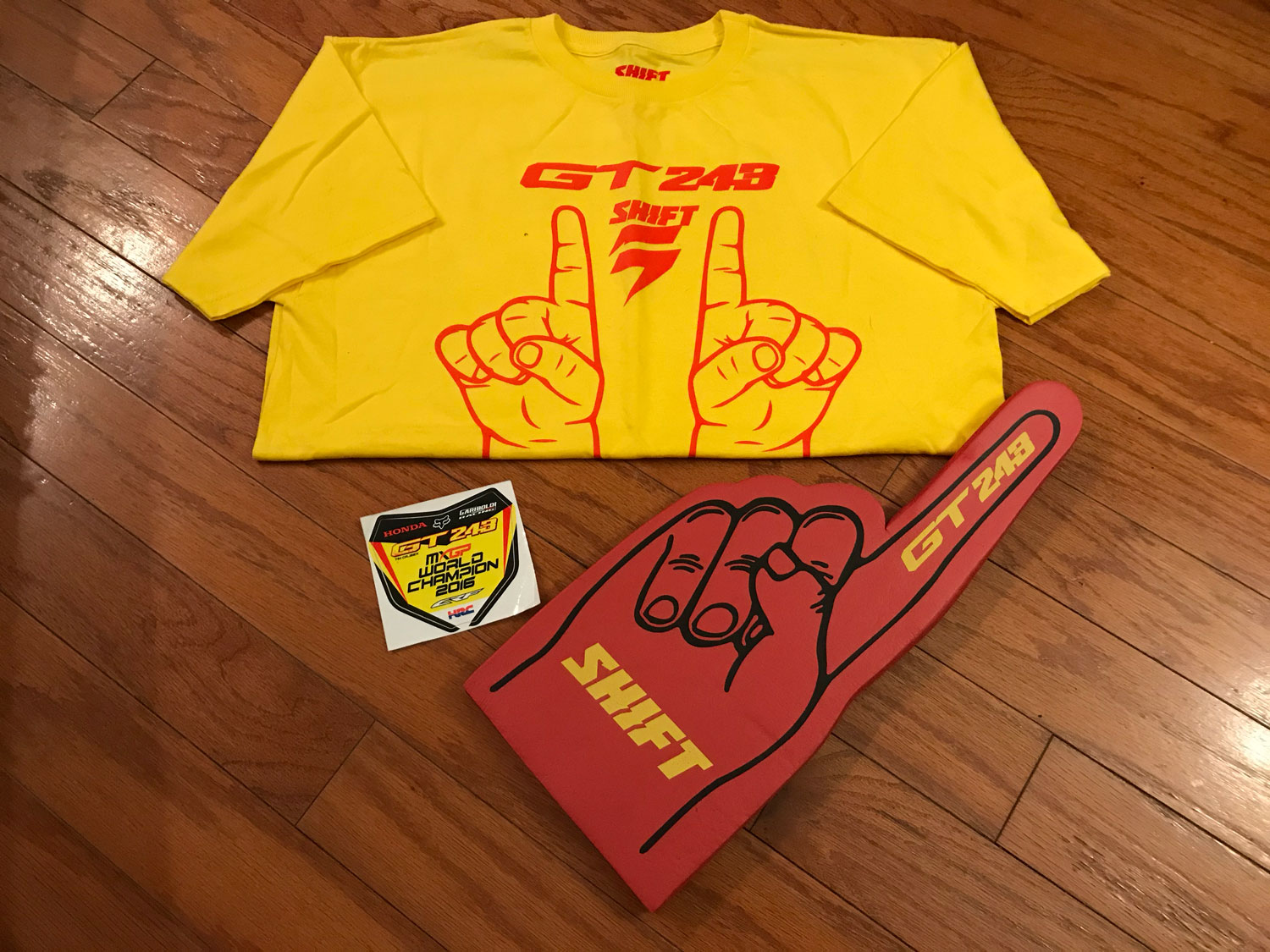 Days before the 2014 Motocross of Nations in Latvia, I joined Team USA at a small track between Riga and Kegums for the final shakedown session before the international event. It’s typical for the American squad to spend a day on the local terrain and though the track was far from world-class, it had the same sandy soil as Zelta Zirgs that Eli Tomac and Jeremy Martin needed to figure out. Between practice sessions, former Team Honda HRC manager Dan Betley introduced me to a teenager rider that had recently been signed by the Gariboldi Racing squad, Tim Gajser. The Slovenian was unknown to most of the world at that time, but Honda had high hopes for the multi-time amateur champion and I was told to keep an eye out for him during the weekend’s race and in the years to come.

It didn’t take long for Gajser to live up to Honda’s expectations and at the end of the 2015 season, he claimed the MX2 title during the final round of the Monster Energy FIM Motocross World Championship at Glen Helen. To celebrate the monumental moment SHIFT MX printed dozens of championship T-shirts and foam fingers in Gajser’s standard yellow and red scheme, which I was fortunate enough to get on the way out of the track that evening and tucked away with all of my other moto memorabilia. Yeah, it’s strange to have a shirt I never plan on wearing… 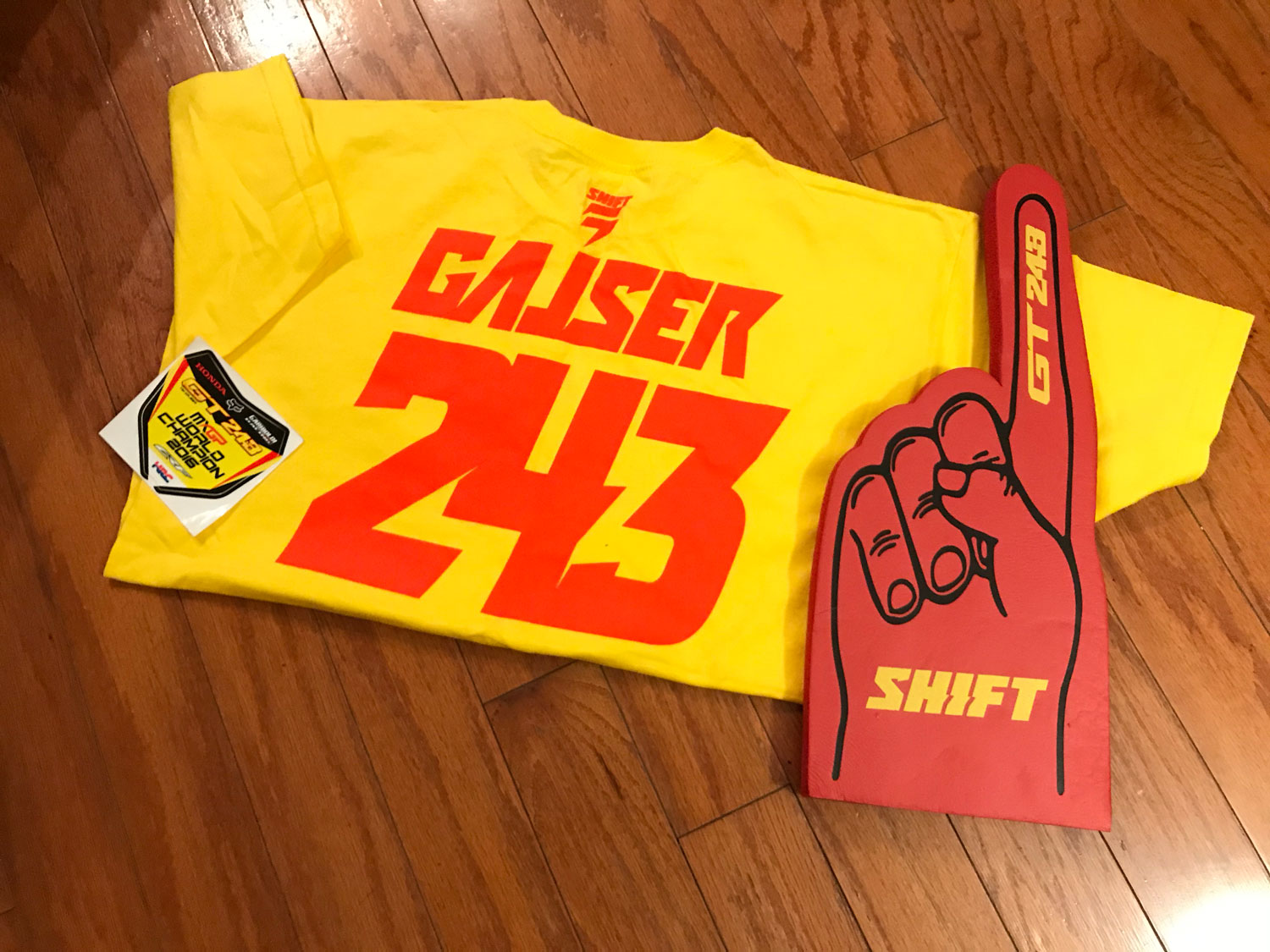 Fast-forward to 2016, when Gajser passed up the chance to run well-deserved number one plate for a move to the MXGP class. At the time it was considered a strange move, especially since there was nothing forcing then 20-year-old to the premier class, but he was determined to show the world what he was capable of and within a few rounds, it was clear that Gajser knew what he was doing in the battles with reigning champion Romain Febvre for the top spot.

Because I’ll find any reason to go to Europe, I put together a plan with the marketing staff at Pirelli to attend the MXGP of Lombardia at Mantova that June and scheduled a sit-down with Gajser. As he became more prominent in the series, more details of his life started to emerge, like how his father, Bogo, was once a top racer in Slovenia and how the family struggled to find the money to fund Tim’s racing. Just before my trip, a friend that worked at Fox Racing explained the significance of the 243 number: it is the birthday of a sibling that was killed when he stepped onto the landing of a jump and was struck by Bogo’s bike. I didn’t bring the story up to Tim during our talk, as it didn’t feel right to discuss it hours before the first gate drop of the weekend, but Slovenian media had already made multiple mentions of it during their coverage of Tim’s career. Gajser went on to win the MXGP title that year as a rookie and Honda passed out small stickers to commemorate the accomplishment.

You can read the full article by clicking this link, which will send you to an archived page of the now-gone TWMX website. At the time, Gajser was determined to race in the United States full-time but those desires have diminished over the last few years, due in part to crashes that forced him to rebuild his race craft and increased emphasis on the MXGP scene. Tim raced the Monster Energy Cup a few weeks ago and finished fifth overall, but downplayed the idea that a move to America is in his future.

The family has been more open about the passing of the young son and it was discussed in two videos that were recently released, one by Honda Racing and the other by Red Bull as part of the MX World documentary series. Both are worthy of a watch when you get the chance, especially for the shots of the Slovenian fans at Trentino. Tim’s record at that track is remarkable, as it’s the closest round to his native country and was the site of his first MX2 win.

Gajser claimed his third world championship this past year, one of Honda’s three global titles in 2019, and will again lead the Team HRC squad in 2020 alongside Mitch Evans. This coming year will be the last of his current contract with the company, and though he would be a welcome addition to any team, it’s very unlikely Honda would let their top talent in the global series go. 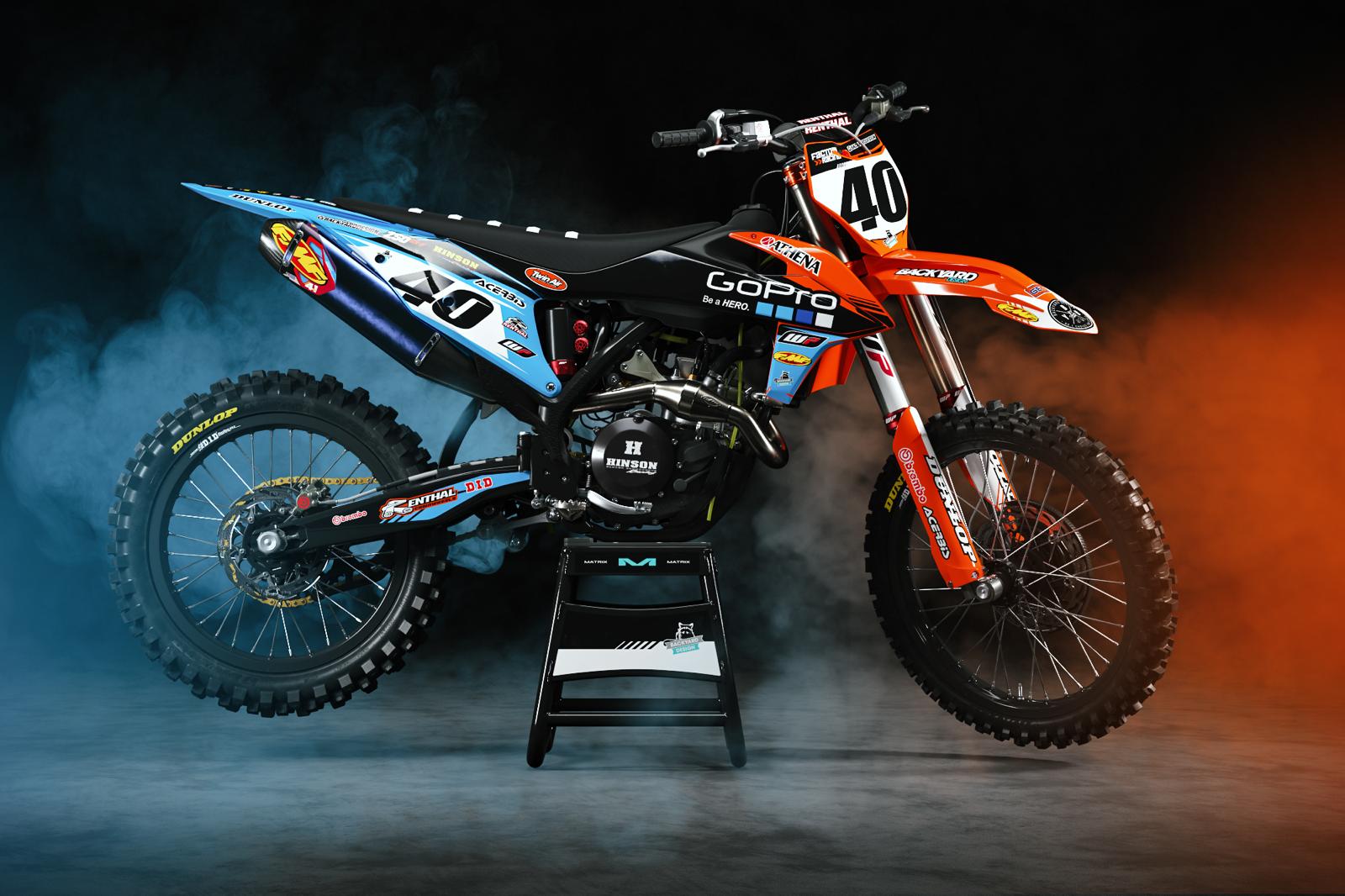 Another week, another sick kit by the guys at Backyard Design. We know many of you want your bikes to look like the factory machines that fill the pit area, but with your own personal touch or sponsors. Why rep the companies that don’t support you? That’s where the Design Configurator at backyarddesignusa.com comes in, as the easy to use program allows you to take the base designs offered by the company and put your own spin on the scheme. This “Factory KTM” setup looks sweet with its use of baby blue and bright orange and is ready for some small refinements that’ll make it a representation of you. Head to backyarddesignusa.com and get creative with the templates offered for nearly every OEM.