Presented by Ogio and FMF Racing

Gareth Swanepoel cut his teeth on the FIM World Championship Grand Prix series before coming to the United States to race the AMA series. Today, the South African is one of the sport’s top trainers, and works with Monster Energy/Star Racing/Yamaha’s Justin Cooper, Mitchell Oldenburg, and Colt Nichols, as well as Monster Energy Yamaha’s Aaron Plessinger and SmarTop/Bullfrog Spas/Honda rider Malcolm Stewart. Swanie joined us in studio to talk about everything from his racing career to his current role, in this week’s episode of the Swapmoto Live Show. 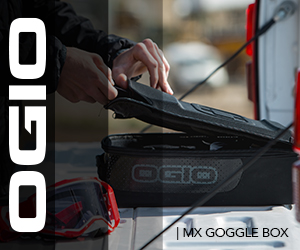 Malcolm Stewart on the SML Show

Kenny Alexander on the SML Show