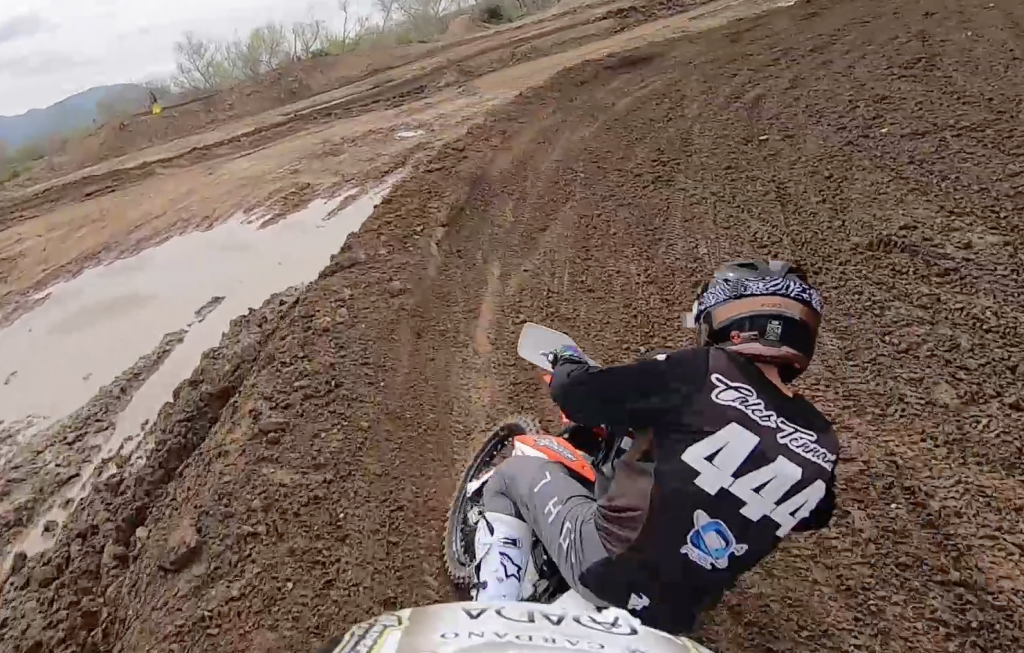 The inaugural AMSOIL Swapmoto Race Series went off today at Milestone MX Park in Riverside, California, and nearly 600 entrants showed up to do battle with the all-new club. The pro class was an international affair as South African National Champion Caleb Tennant and Japanese 250 National Champion Taki Koga duked it out at the front of the pack. Koga took our GoPro Hero7 for a ride in the first two motos of the day…we chose this one because he pressures Tennant to the checkers after a little contact in turn two, and in the other he holeshot and checked out. Battles are always more entertaining, wouldn’t you agree?